Sexuality in the gay pride age

It’s gay pride parade time again, so this is a good time to read Christopher Yuan’s Holy Sexuality and the Gospel (Multnomah, 2018). When I interviewed him five years ago (“From gay to joyous,” Feb. 8, 2014), he had recently put into perspective his years of homosexuality, illicit drug use, drug dealing, and coming to Christ in prison. His new book poses good questions about gays and identity: “How did ‘This is how I am’ become ‘This is who I am’?”

Yuan digs out theological roots: “If there’s no God, there’s no essence; identity must be created by each person. And if there’s no essence—only existence—then ethics has no mooring and must also be created.” He emphasizes the importance of understanding our descent from Adam and Eve, which means all of us have original sin—if we dismiss that truth, “it is tantamount to rejecting Christ’s work on the cross.”

Yuan notes, “Adam’s imputed guilt and Christ’s imputed righteousness—it’s all or none. … Our being guilty of Adam’s sin is no more unjust than our being made righteous via Christ’s death on the cross.” Once we understand that we are sinners and utterly need rebirth in Christ, we can see our identity differently: “Original sin is not who we are but rather a pervasive pollution of our essential identity—in other words, it’s how we are.” 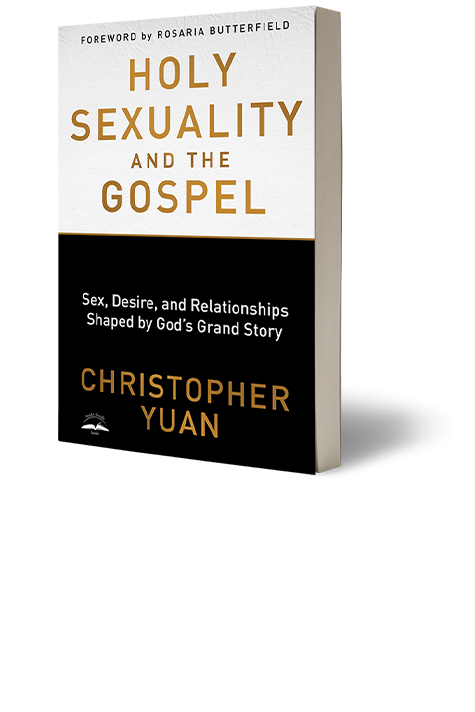 Holy Sexuality effectively criticizes trendy theories: “It’s … irresponsible to claim that the innateness of sexual attractions is a proven reality.” He shows that it’s not easy to leave homosexuality, but he opposes gays like Matthew Vines who think we should dodge difficulty. Yuan has learned that “the road to holiness and the path of repentance is paved with suffering. These truths are hard bought through Christ’s perfect work on the cross. Regrettably, the church in America has an anemic theology of suffering.”

Yuan also has advice for saddened parents in talking with gay children: “Don’t compare same-sex relationships with other sins. … It’s much more productive to talk about identity.” Christian parents with LGBTQ children might feel like adjusting their beliefs to fit their personal circumstances, as many books now advocate, but reading Yuan or Rosaria Butterfield is far better. 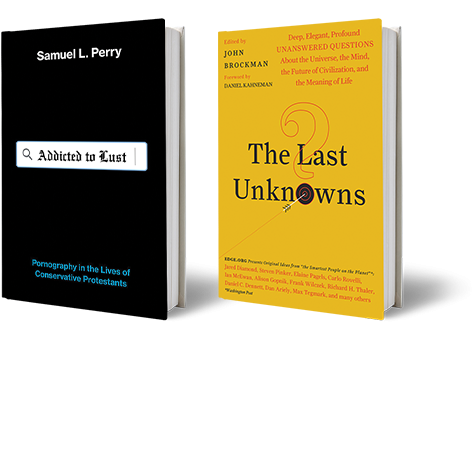 How much has the omnipresence of pornography reduced the likelihood of marriage and increased the incidence of divorce? Hard to know, and Samuel Perry’s Addicted to Lust: Pornography in the Lives of Conservative Protestants (Oxford, 2019) merely reinforces the familiar contention that churchgoers view pornography with or almost with the same frequency as others.

The Last Unknowns (William Morrow, 2019) is a short book edited by John Brockman, who asked intellectuals to name the last question they would like to ask. I would have thought many questions would concern God, but few did. Brockman includes two interesting questions from Stanford scientists. Andrei Linde asked, “Where were the laws of physics written before the universe was born?” Apparent atheist Robert Sapolsky asked, “Given the nature of life, the purposeless indifference of the universe … how is it that most people avoid being clinically depressed?” —M.O.