A look at the storm's devastating rampage across Florida

Hurricane Ian made landfall with some of the highest wind speeds ever to buffet the United States. But its coastal and inland flooding did just as much damage. The immediate aftermath left millions without power and thousands surveying the damage or total destruction of homes and businesses. Florida's recovery could take years, with a repair bill running into the billions.

Here's a look at some of the worst that Ian wrought. 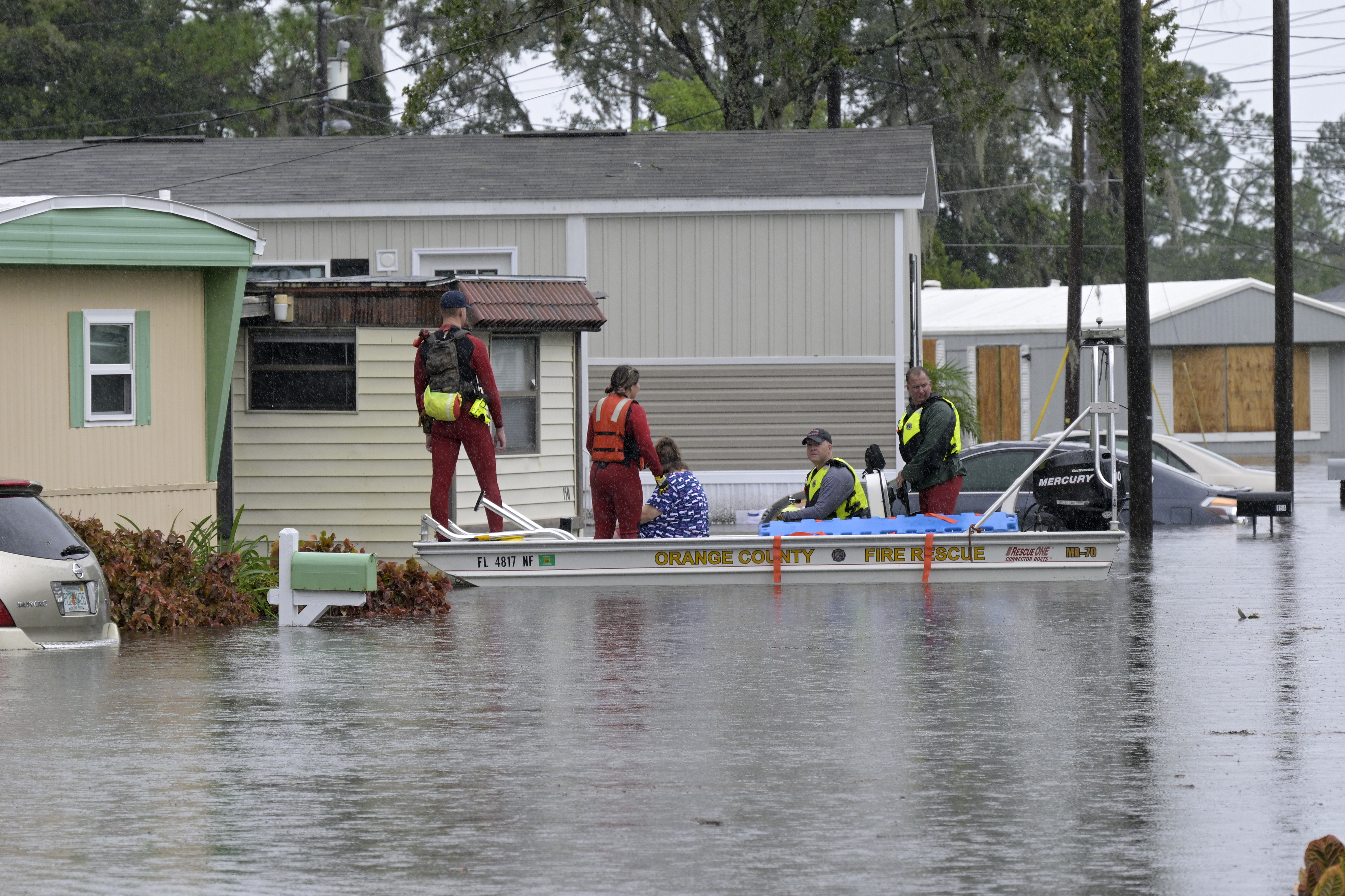 Hurricane Ian touched down in Florida on Wednesday, Sept. 28, 2022. The Category 4 storm brought wind speeds of 155 miles per hour and knocked out electricity to about 2.6 million homes. Associated Press/Photo by Phelan M. Ebenhack 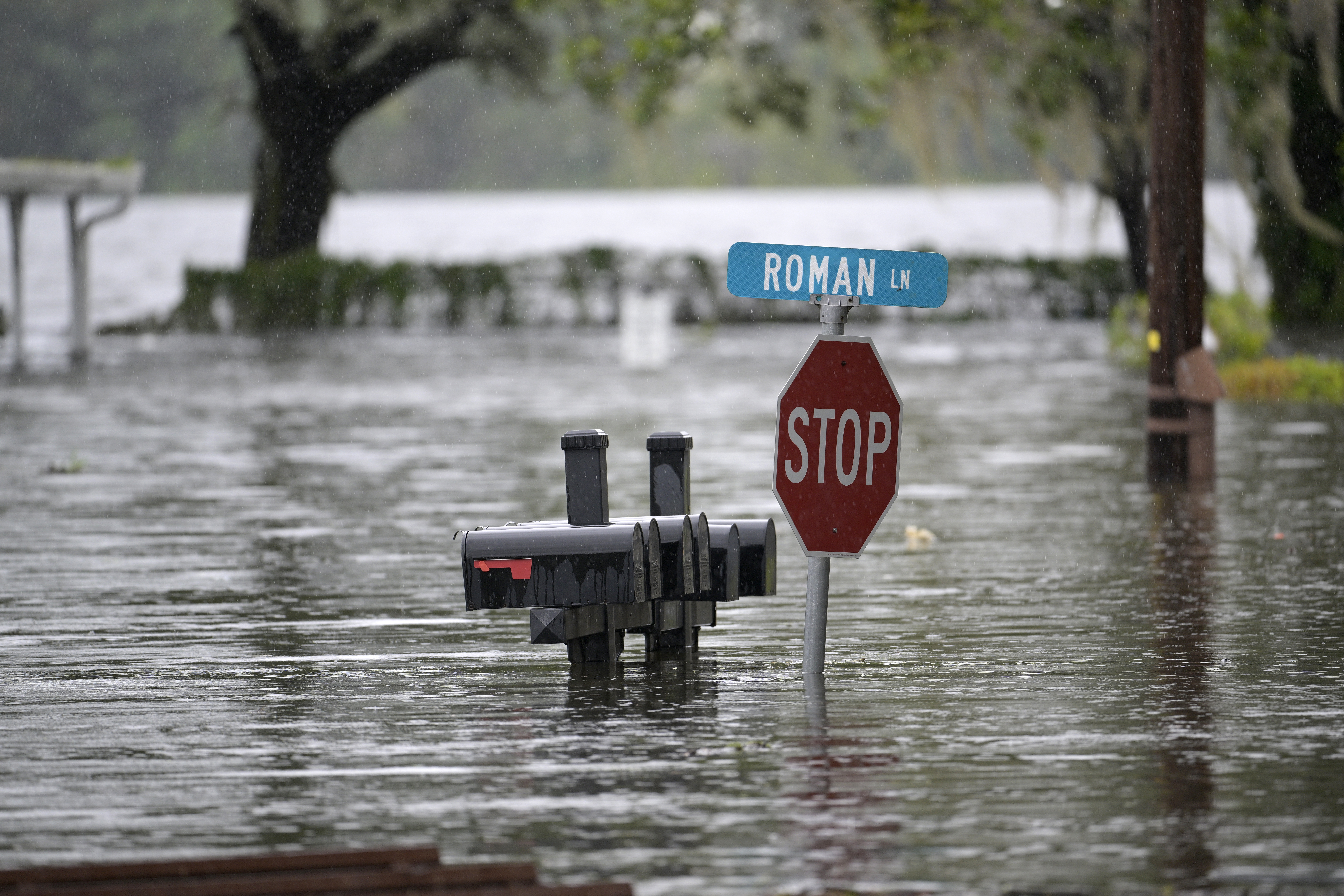 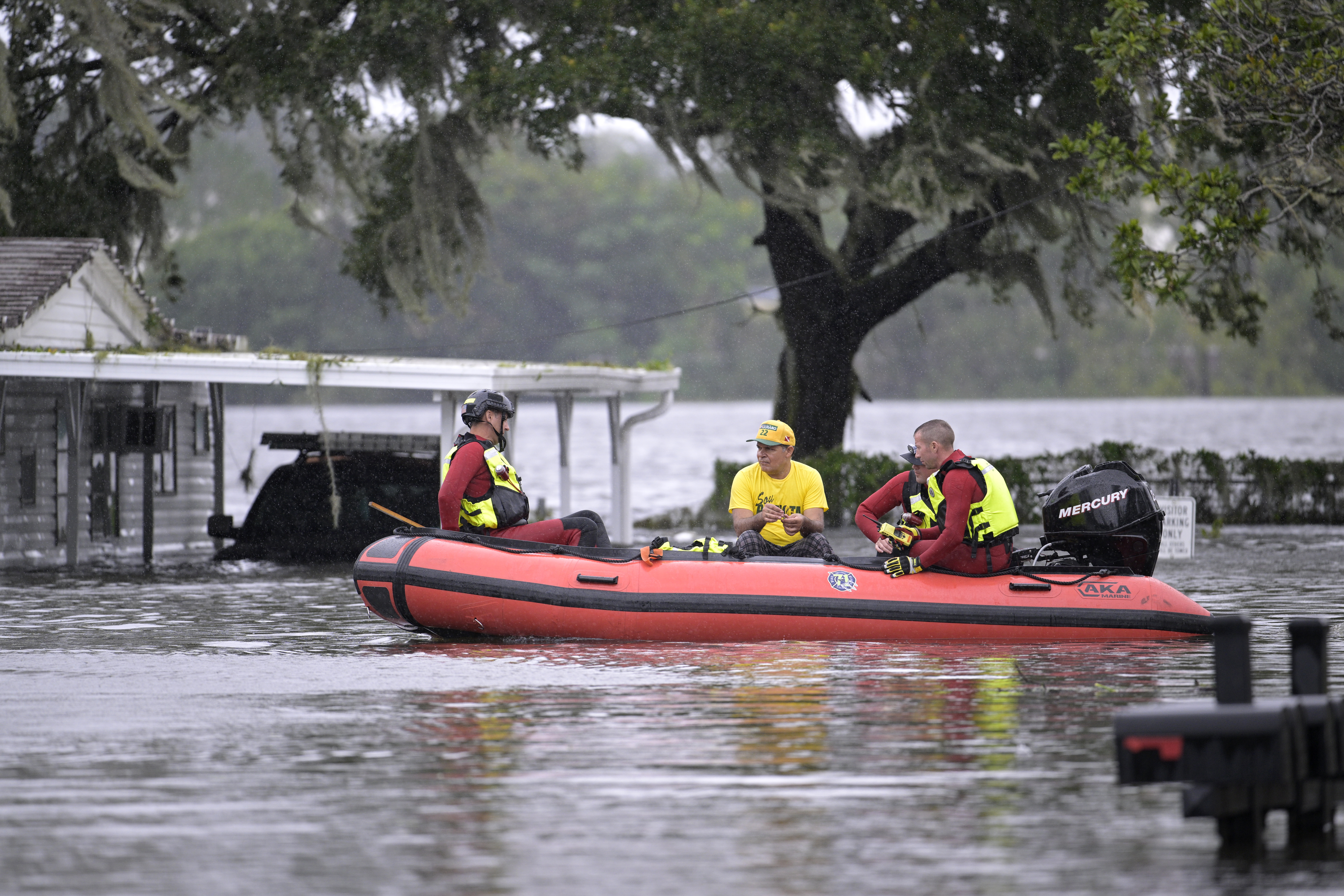 Ian left thousands of Florida residents trapped in their homes, and many of them called 911 for help. By Friday, state officials reported 12 deaths but feared that toll might rise in the coming days as the flood water recedes. Associated Press/Photo by Phelan M. Ebenhack 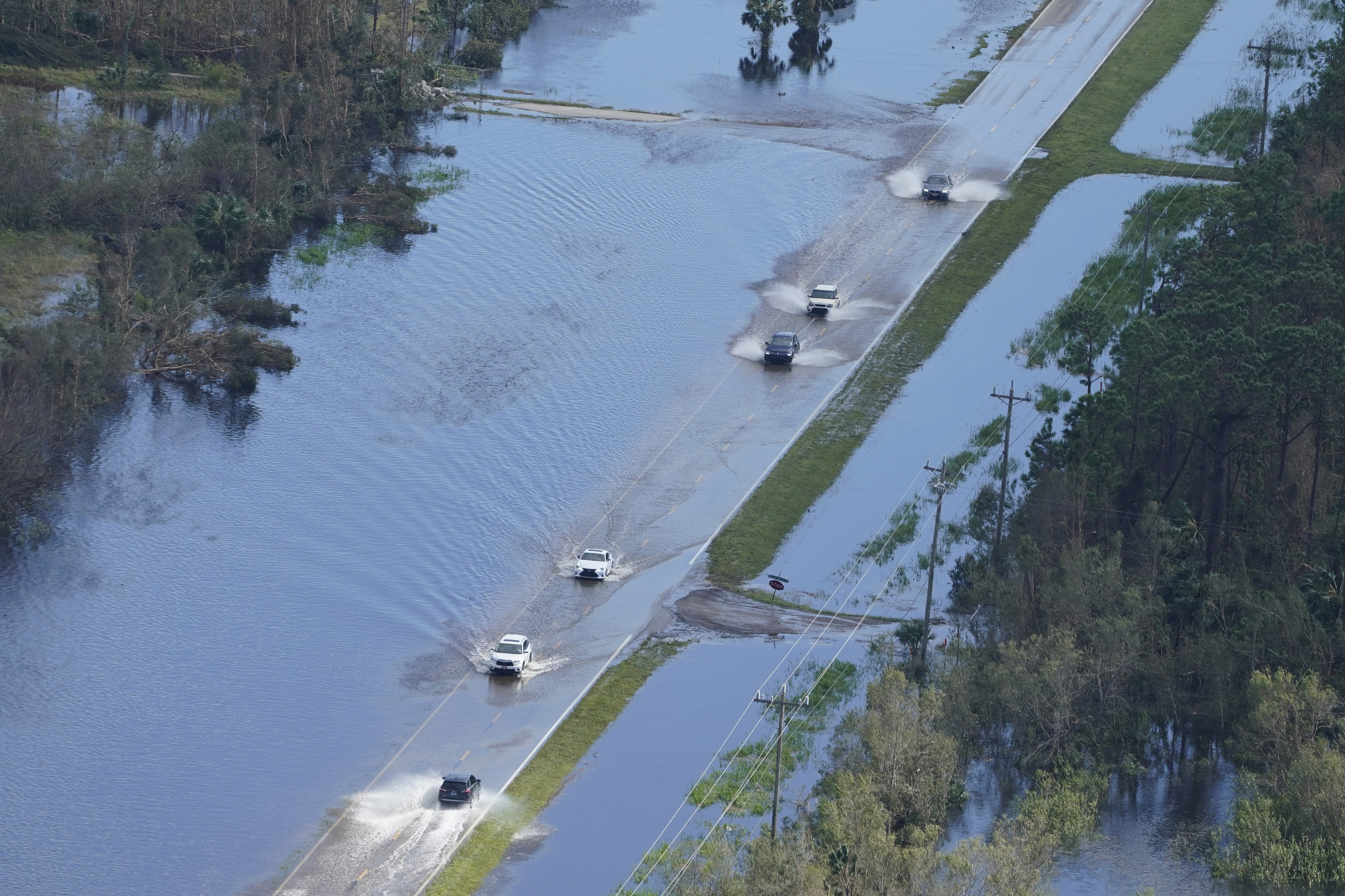 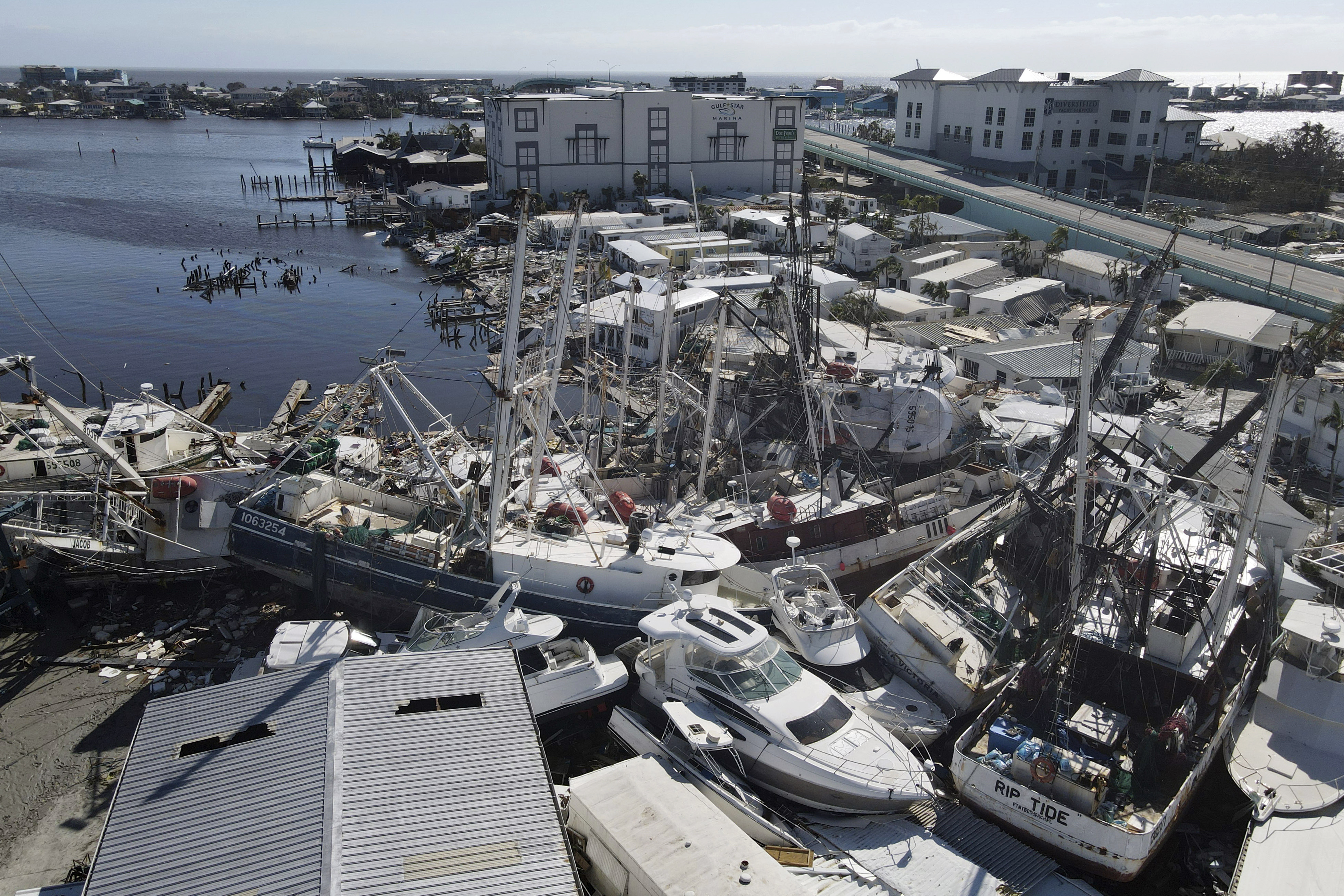 Ian left widespread destruction on San Carlos Island, largely a vacation destination. Ocean swells and powerful winds picked up boats and dropped them on top of houses across the waterfront. Most of the remaining buildings on the island sustained some level of water damage. Associated Press/Photo by Rebecca Blackwell 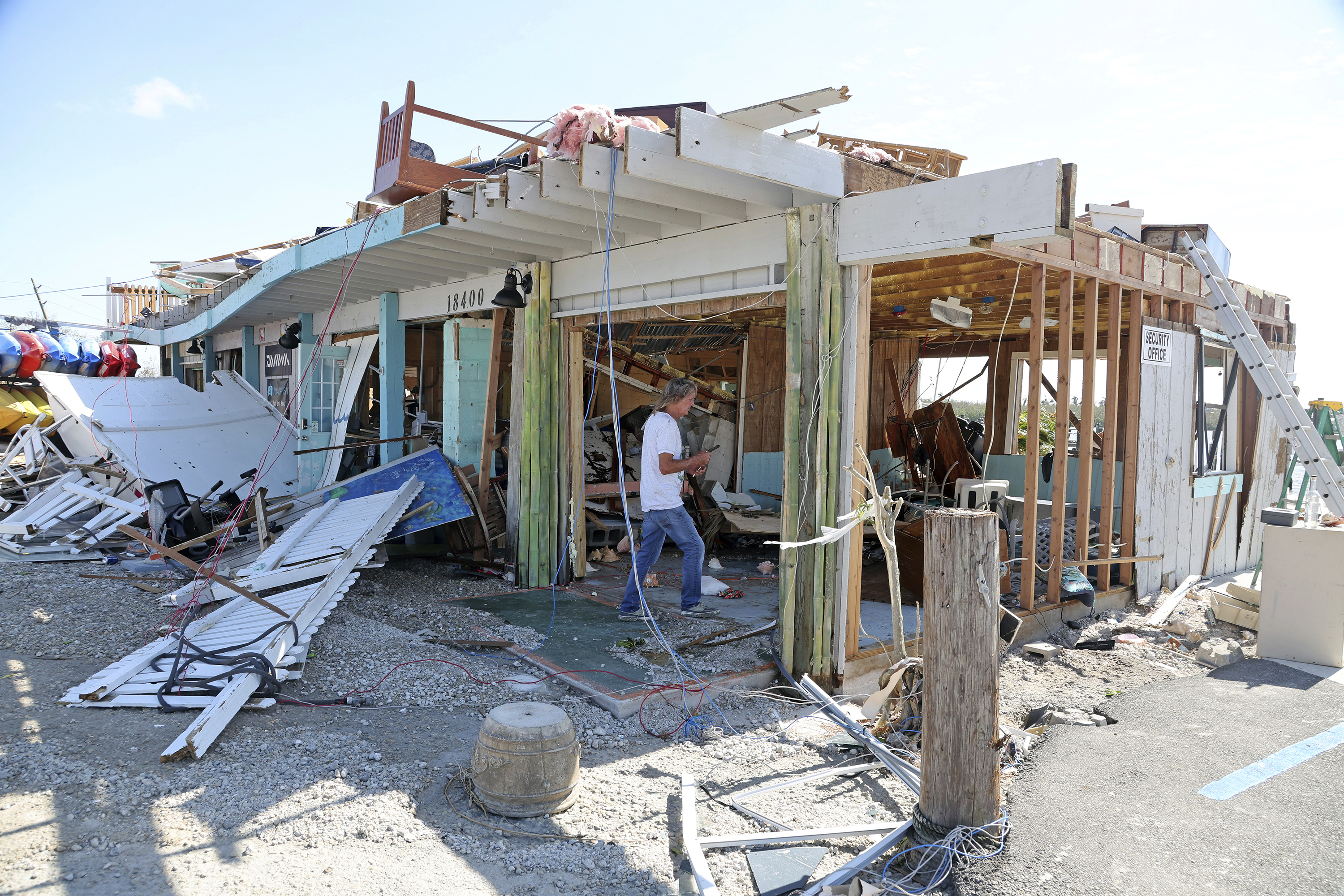 Robert Leisure, who owns a gift shop at Getaway Marina in Fort Myers, walks through the skeletal remains of his store, surveying the wreckage. Hurricane Ian is estimated to have caused over $250 billion in damage to homes and businesses across Florida. Associated Press/Photo by Amy Beth Bennett/South Florida Sun-Sentinel 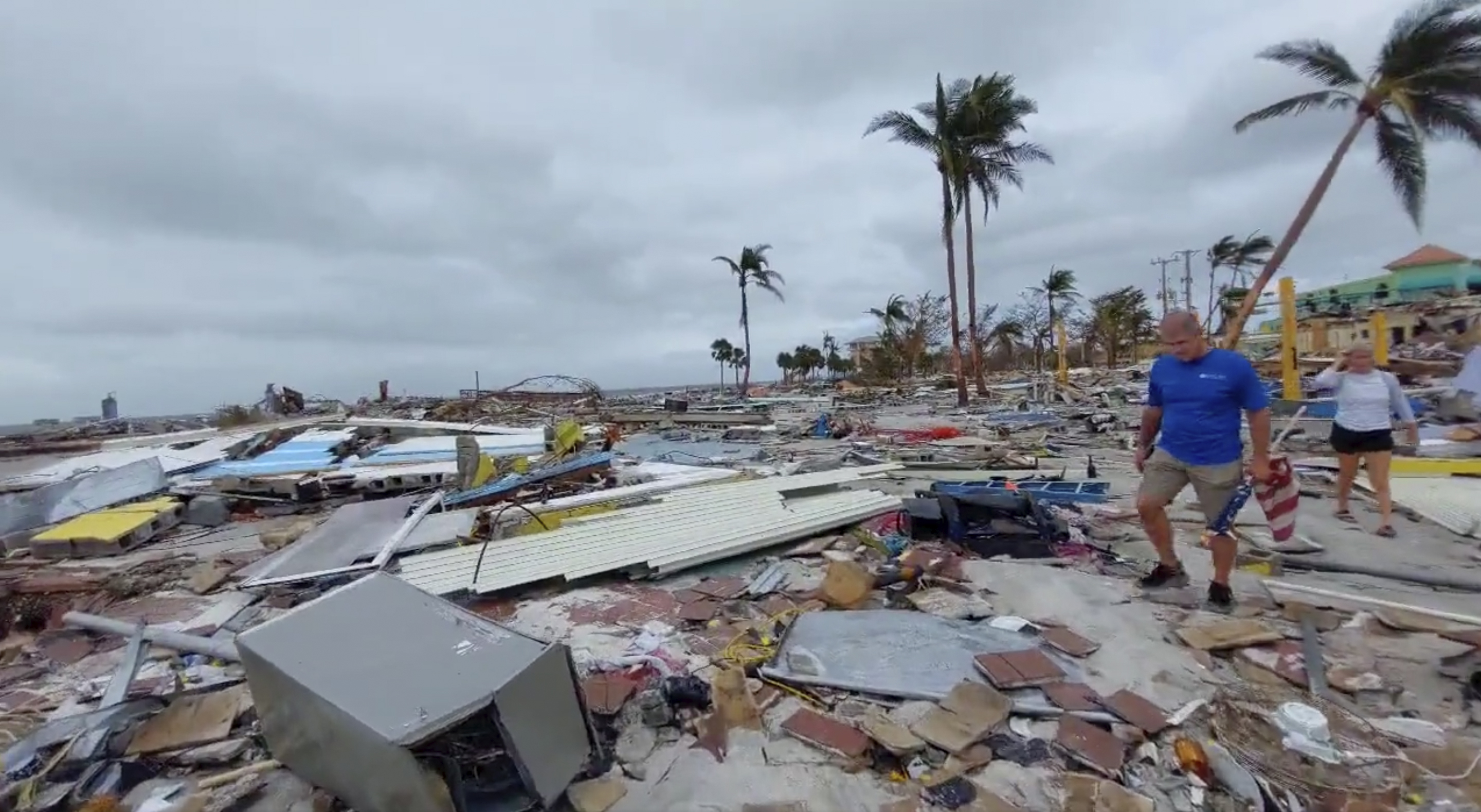 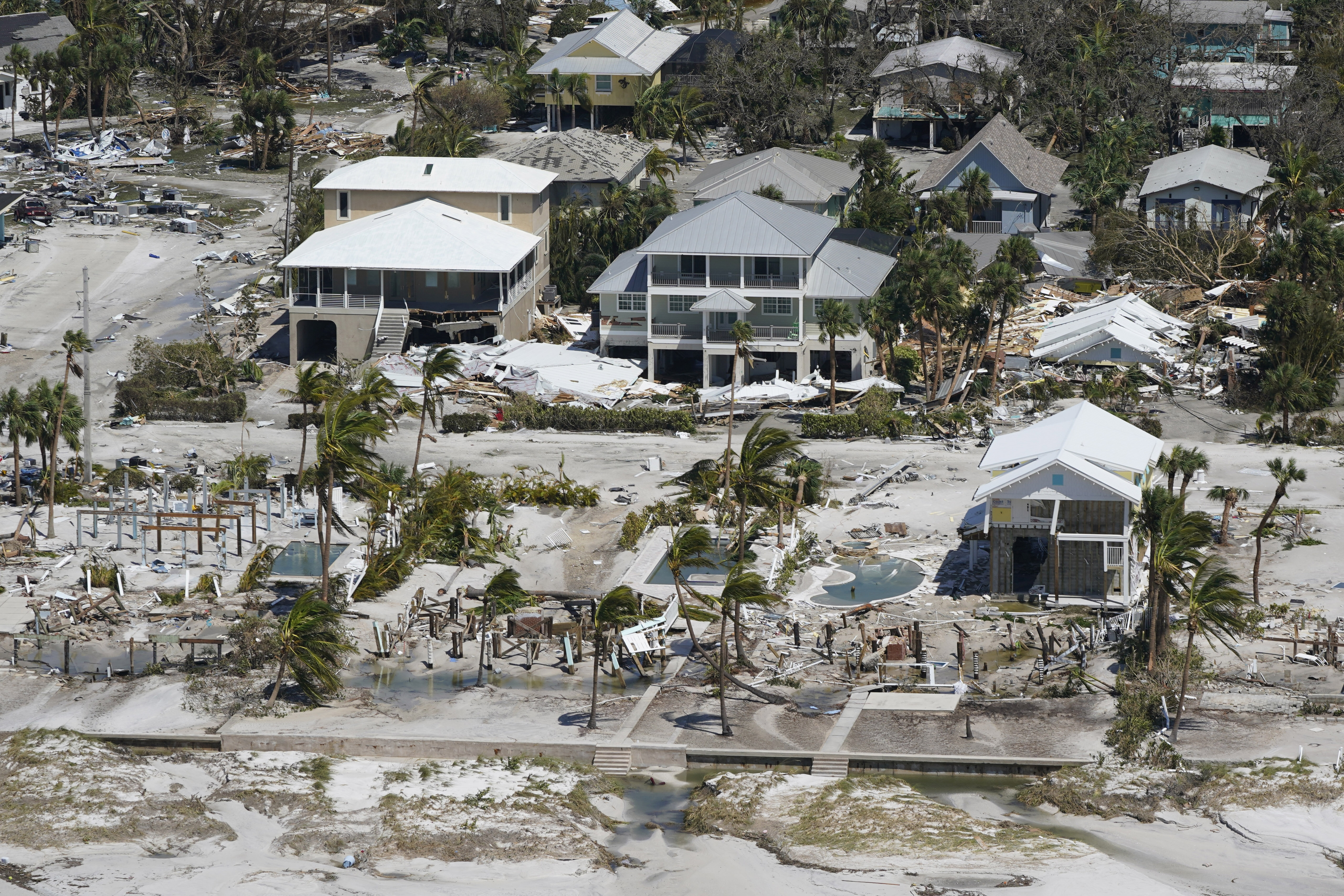 Many people returning to Fort Myers Beach will find nothing but pilings or an empty slab where their houses once stood. Though many of the beachfront homes were storm-ready, few managed to withstand the devastation Hurricane Ian brought. (AP Photo/Wilfredo Lee) 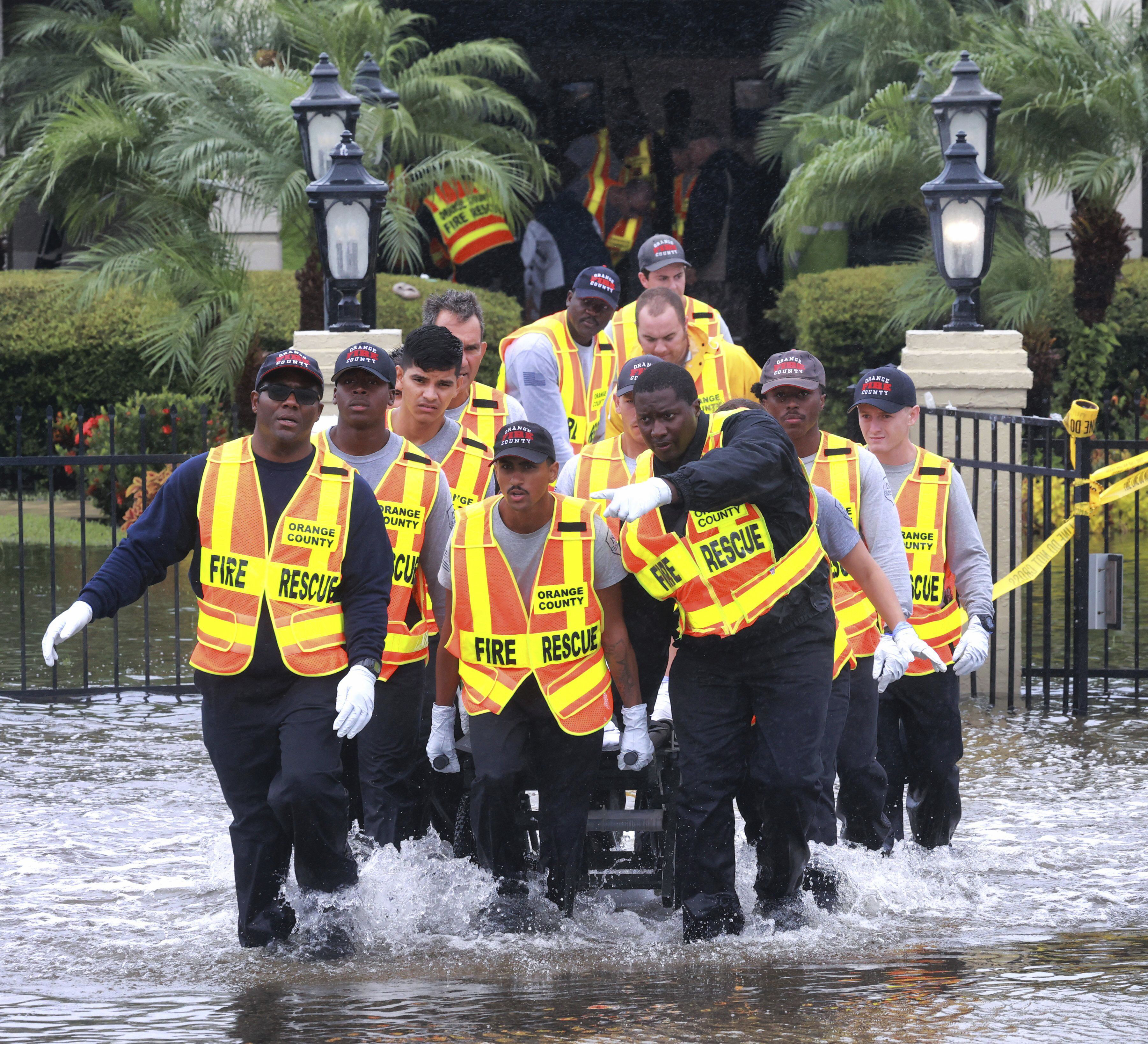 The Orange County Fire Department rescued over 100 people from a Florida nursing home after the building flooded. The team continued looking for flood survivors in surrounding neighborhoods. (Joe Burband/Orlando Sentinel via AP) 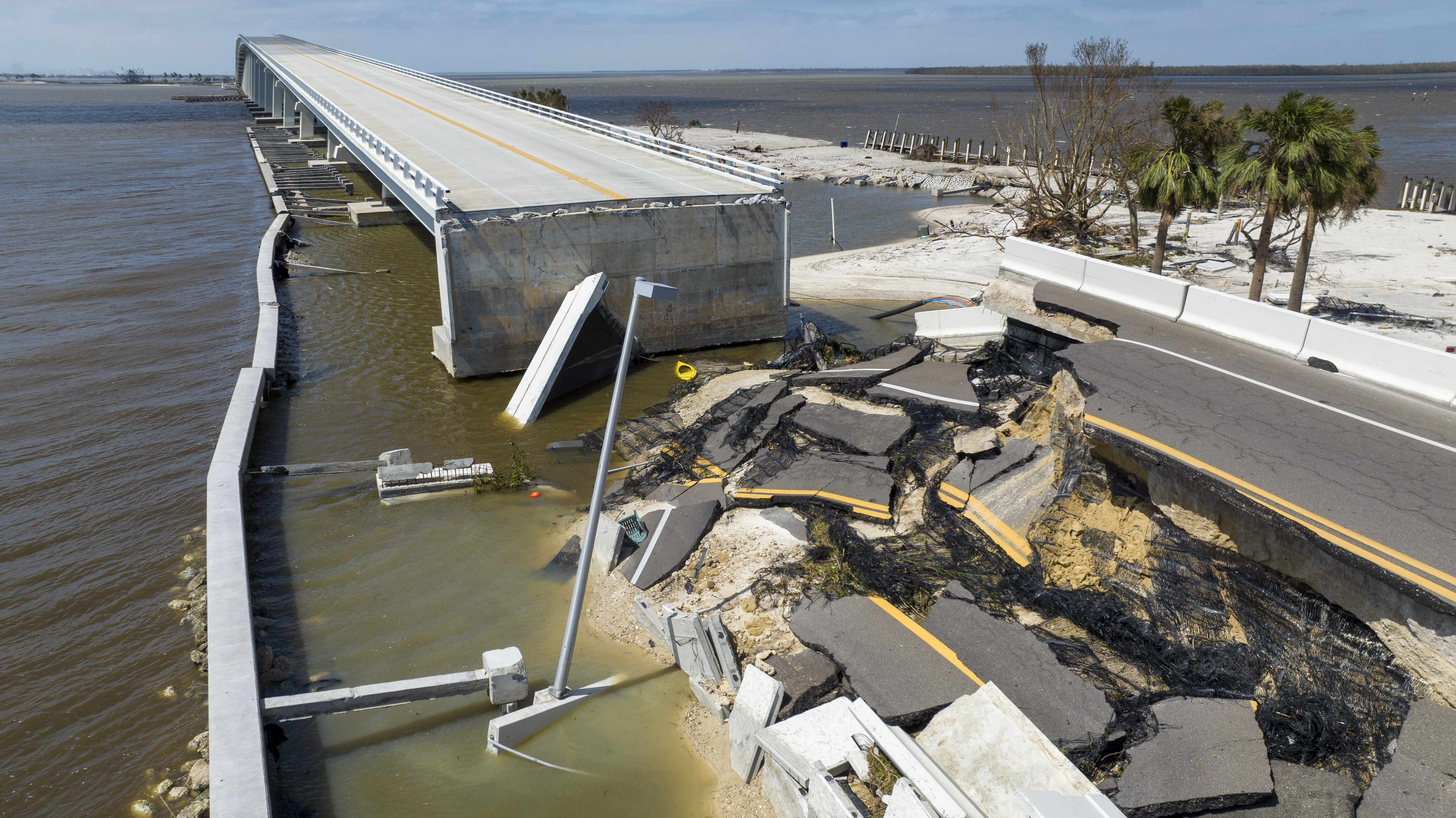 In Sanibel, a small island in Southwest Florida, Hurricane Ian wiped out a huge swath of highway—severing the only connection to the mainland. Mayor Holly Smith wrote a letter to residents saying the island is now “forever changed.” (AP Photo/Steve Helber) 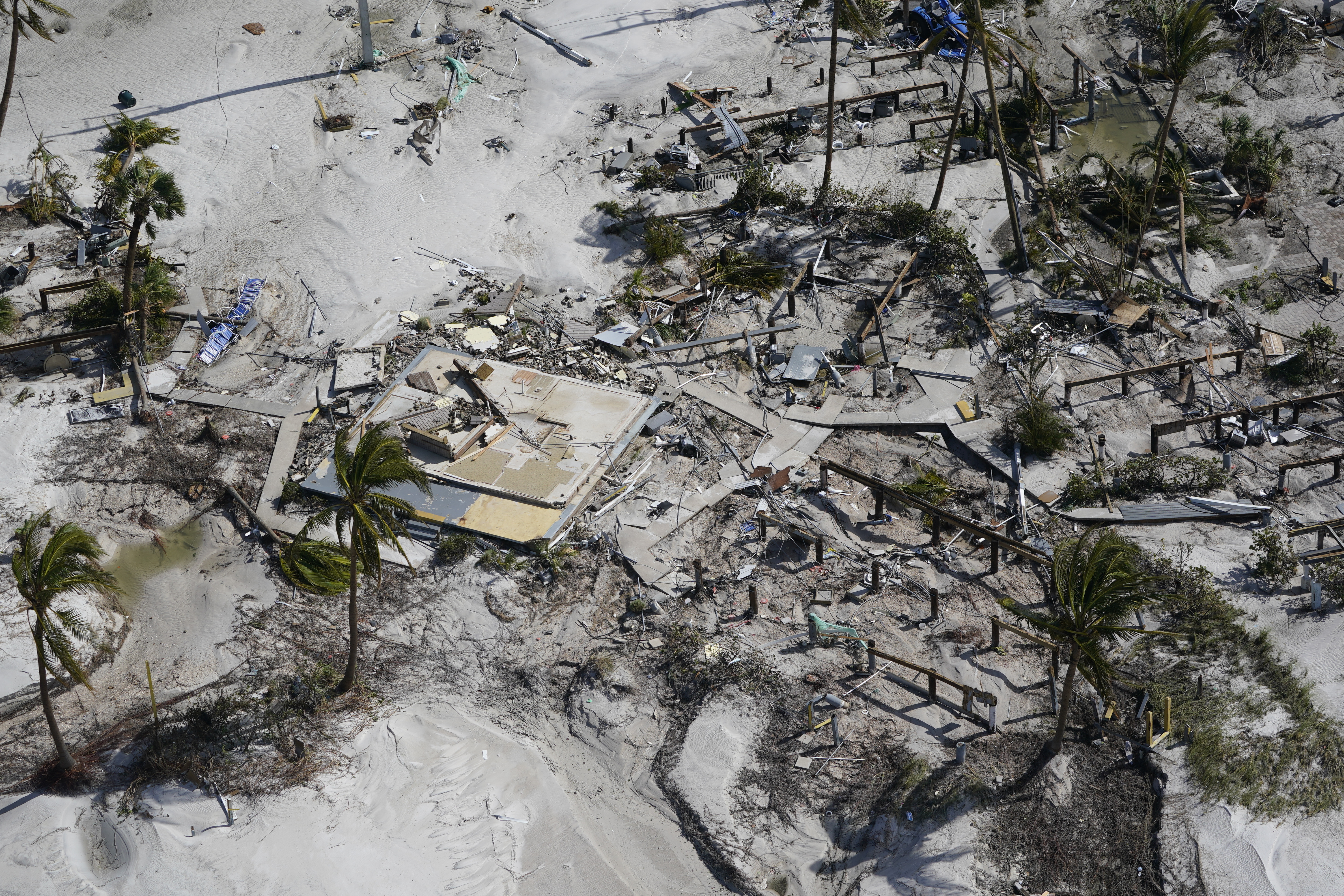 An aerial photo shows buildings leveled across Fort Myers, some of them nowhere in sight. (AP Photo/Wilfredo Lee) 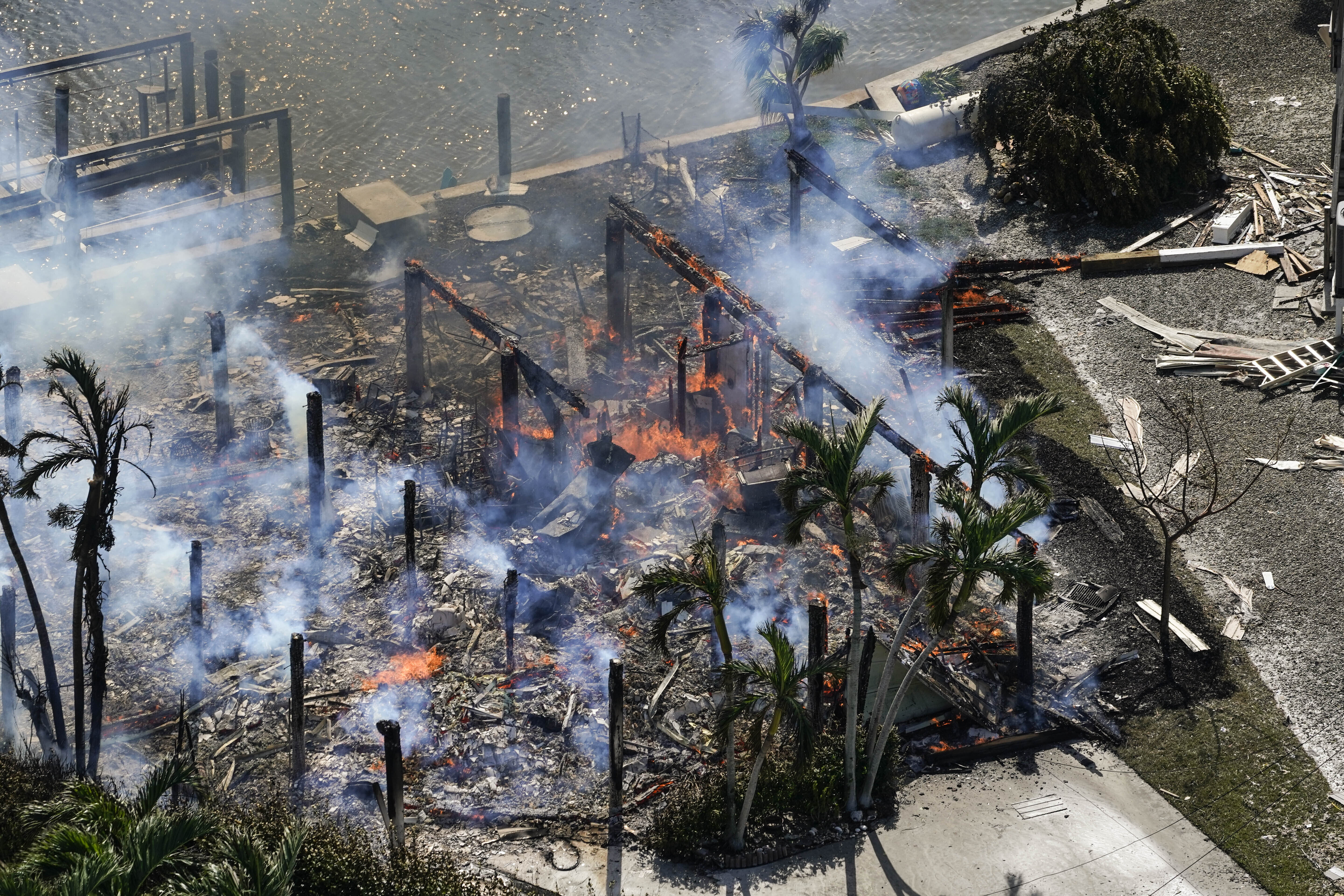