How Taiwan fended off the coronavirus

People wear face masks to protect against the spread of the coronavirus on MRT in Taipei, Taiwan, Saturday, March 7, 2020. Chiang Ying-ying/AP Photo

Halfway through Angela Hsu’s Austria trip in early March, the coronavirus outbreak in Europe began to intensify and the cities on her itinerary started shutting down. During her first few days in Austria, locals seemed unfazed by the novel coronavirus. But by the time she, her dad, and two family friends left on March 16, the country had more than a thousand cases and was enacting emergency policies. Their flight back to her home in Taiwan was canceled, but they were able to book seats on a nearly empty China Airlines flight the same day.

After touching down at Taoyuan International Airport, 24-year-old Hsu filled out an online form detailing where she had been, her flight and seat numbers, her basic contact information, and whether she had any symptoms. Because a large number of recent coronavirus cases in Taiwan came from hotspots like Europe or the United States, everyone returning to Taiwan must undergo a mandatory 14-day quarantine.

To ensure returnees don’t leave their homes, officials work with local phone companies to track their cell phones. They levy $33,000 fines against quarantine-breakers. Returnees can’t take public transport home from the airport. Instead they use a special fleet of quarantine taxis. Hsu and her father decided to quarantine in her grandma’s former apartment in order to stay away from Hsu’s mother, who has medical issues.

On their first day of quarantine, local officials came to check on the Hsus and drop off a care package with desserts, rice, and surgical masks. Officials call each day to make sure they are at home and check if they’ve developed symptoms. Family members bring cooked meals but can only see them through a glass door. Hsu works from home and spends the rest of the time disinfecting the house and skipping rope to stay in shape. Her dad is binge-watching Korean dramas. 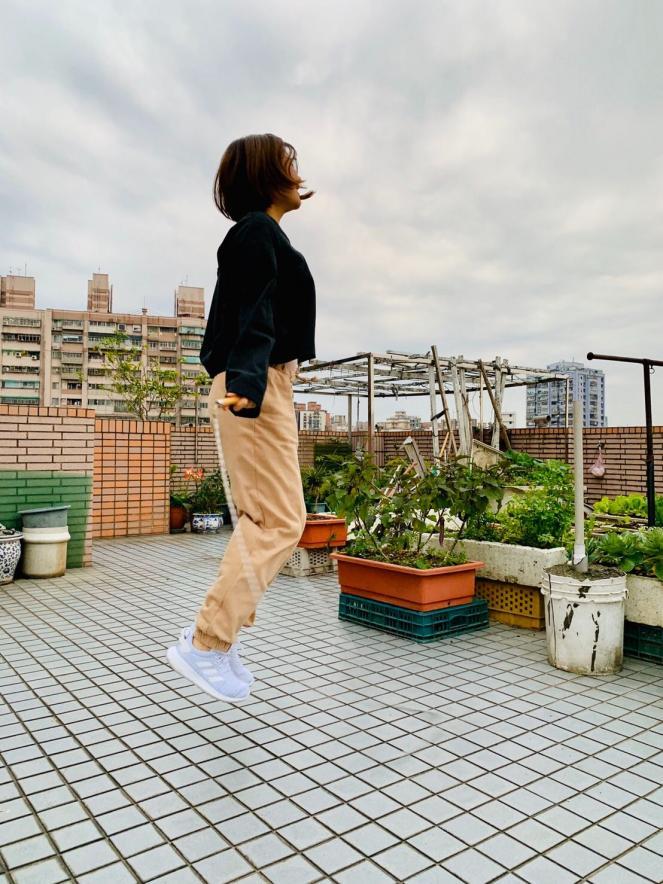 The strict measures Taiwan’s government has taken to stop the spread of COVID-19 have proven effective, as the island of 23 million has only about 250 cases and two deaths as of Thursday. Situated only 81 miles off the southeast coast of China, many thought Taiwan would be hard-hit after the virus began spreading in Wuhan—850,000 Taiwanese citizens live in mainland China, and in 2019, 2.7 million Chinese tourists visited Taiwan. (The number of tourists has dropped after China barred individual visitors to Taiwan last August amid tense relations).

But the Taiwan government’s quick response, transparency, and use of big data has prevented a serious outbreak from taking hold like in other countries. Although Taiwan is not allowed membership in the U.N. World Health Organization (WHO) because of Beijing’s bullying, other countries can look to Taiwan as a model of how to respond to viral outbreaks.

Taiwan was prepared for COVID-19 because of its experience with SARS in 2003, when dozens of Taiwanese citizens died from the respiratory disease. Then-health minister Chen Chien-jen, a renowned epidemiologist, helped stop the spread of the virus by providing training to major medical centers on how to improve hospital infection protocol, reorganizing the nation’s Centers of Disease Control, and setting standards for quarantine. Chen is now the vice president of Taiwan.

A year after the outbreak, the government created the National Health Command Center (NHCC) to coordinate responses from authorities at all different levels in case of another epidemic. It allows medical experts to gather data and investigate potential new cases.

But perhaps most importantly, Taiwan saw how China initially covered up the SARS outbreak and realized it couldn’t trust the Chinese government to provide accurate information: “What we learned from SARS was that we need to be very skeptical with data from China,” Chan Chang-chuan, dean of National Taiwan University’s College of Public Health, told The Guardian. “We learned very harsh lessons then and that experience is something other countries don’t have.”

So when China first notified WHO about cases of an unknown pneumonia on Dec. 31, the NHCC went to work. Taiwan officials started boarding planes coming in from Wuhan to check passengers for fever or pneumonia symptoms before they could deplane, according to an article in the Journal of the American Medical Association. Then on Jan. 5, they began to check anyone who had traveled to Wuhan for the past two weeks with a fever or upper respiratory infection, testing them for different viruses and quarantining those with symptoms.

Once China finally announced on Jan. 20 that the virus could be transmitted between people, Taiwan began to ban residents of Wuhan from entering the island just as the Chinese New Year holiday was beginning. The ban expanded to all of China in February and now includes all foreigners, except diplomats and those with residency in Taiwan.

Beyond travel bans, Taiwan combined data from its National Health Insurance (NHI) database and immigration and custom database so doctors could quickly see if patients had traveled in the past 14 days. It also used the NHI database to find patients with severe respiratory symptoms who had tested negative for influenza, then proactively tested them for COVID-19. They found 1 in 113 cases were from the novel coronavirus.

To keep citizens from panic-buying face masks, the government began a rationing system that allows each person to buy several masks a week from pharmacies (and now online), ordered 60 new production lines for masks, and banned the exportation of masks. Today Taiwan produces 10 million masks per day.

Every day the government holds press conferences about new cases, explaining how each person was infected and where they went. Most contracted the virus overseas or through family members who were infected, so there is very little community spread.

Today life in Taipei, the capital of Taiwan, maintains a sense of normalcy unfathomable in the West. While large events have been canceled, schools and offices continue to run as usual. At lunchtime, people stream to ramen shops, outdoor food stalls, and sushi restaurants as they chat with coworkers. Many buildings now require temperature checks and for patrons to receive squirts of disinfectant as they walk in. On a recent weekend, Ikea was crowded with people—most wearing face masks—trying out couches, browsing through kitchenware, or eating Swedish meatballs.

Hsu doesn’t mind the strict quarantine rules. She believes they are necessary to stop the virus’s spread. Even after her 14-day quarantine is up, she plans to stay home for another week just to be certain no symptoms show up. She believes the government is doing a good job stemming the spread of the virus.

But Hsu is upset with the discrimination she’s felt both in Europe and now in Taiwan. Because the coronavirus originated in China, ethnic Chinese have faced racist comments and attacks in Western countries. Belinda Kao, another Taiwanese citizen currently under quarantine, said when she and her friends were in the Netherlands earlier this month, a group of locals laughed at them, coughed on them, and called them the coronavirus.

After Hsu returned home to Taiwan, she also encountered discrimination from neighbors who knew she had just returned from abroad. Paranoid neighbors called health officials, claiming they saw Hsu and her father breaking quarantine and walking outside, even though they have not left the apartment since they returned. One neighbor even claimed to have seen them outside a week before they returned from Austria.