Hope in the darkest places

This story is part of our 2019 Hope Awards contest. To vote for your favorite regional winner, go to wng.org/compassion.

The youngest of 15 kids, Mary Frances grew up in a poor home in Louisville, Ky. After years of conflict, alcohol, and abuse, her parents split up. She moved in with a classmate, next to a house owned by a motorcycle gang. Frances remembers bikers whistling at the girls as they got off the school bus. When the ice cream truck came, one biker bought the kids popsicles. He bought 15-year-old Frances anything she wanted. “I would grin, you know, because I had never been singled out,” she said.

Her relationship with the handsome, much-older man grew. She felt special when he took her on his motorcycle, which others admired. He started dropping her off at peep shows and picture booths to make money, saying he cared for her. On one occasion, he picked her up—he was sweating, high, and angry—and said they were going out of town. When she asked where they were going, begging him not to take her from Louisville, he beat her face and head with his motorcycle helmet until she promised not to ask anymore.

They traveled to different cities, where he sent her to make money as a prostitute at truck stops and in hotel rooms. “He said he would put my name in lights,” Frances remembered. “Later, we come back to this one particular place, I look up and it says, ‘Girls, girls, girls.’ I don’t think I got it then, but I did later. That was my name in lights.”

More than a year later, she got free of the pimp and found herself alone in Louisville: “I had really no home or nowhere to go, no way to support myself. So, because I had been taught to survive in the industry, of course, I go there.” 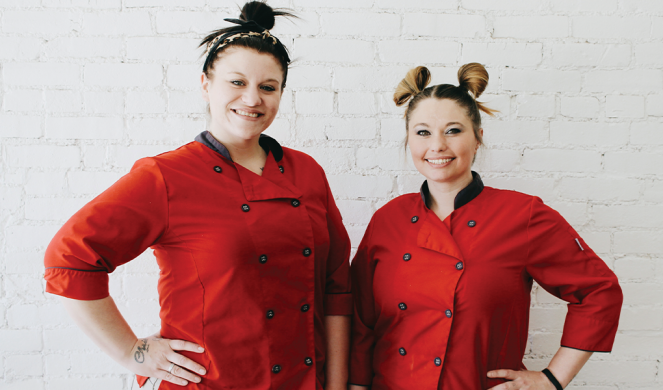 She found work as a stripper. After 35 years in the sex industry—and multiple failed attempts to get out—one day Frances looked in the mirror and asked God: “Please take me away from here. I’ve tried everything.” She worked another shift that day because she needed more money: “I’m living in a shack in someone’s backyard. I lost my education and my marriage. In my mind, I’d lost everything. … And in come these two women that I think are seeking a job, and it occurs to me, that these are the church ladies that everyone’s been talking about. And I jump up and run over.”

“The church ladies” were from Scarlet Hope, a Christian ministry that helps women in the sex industry. On Thursdays, volunteers bring meals into six Louisville clubs to befriend dancers and share the gospel. Rachelle Starr started Scarlet Hope in 2008. She met Frances three years later.

Starr was 24 when she first entered a club. She and three friends wore turtlenecks and no makeup as they paid the bouncer $10 to get inside. Their husbands kept watch across the street. The year before, Starr began searching for a mission. Her commute took her past an adult entertainment store, and Starr says she felt God calling her to help women in the sex industry. She gathered some friends to pray and fast, and in the fall of 2008 they visited a club to discern their next step. Inside, Starr asked the owner if she could bring a meal for the dancers. He was skeptical but agreed. 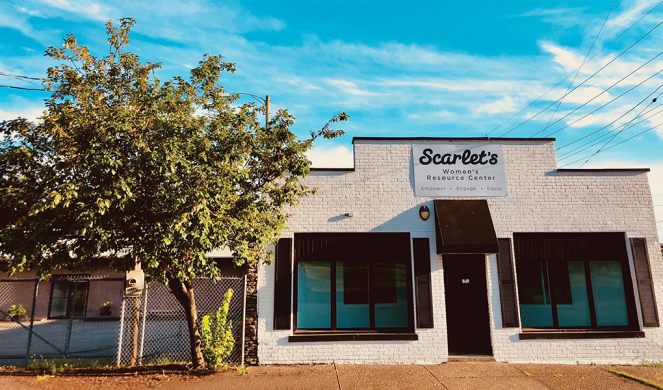 Ten years later, weekly meals in the clubs remain the heartbeat of Scarlet Hope, though the ministry has grown to include vocational training and Bible classes. Kari Clark directs the three major outreaches and coordinates the large team of volunteers. “We’re going into hostile, hostile environments,” she said. “It’s crazy. I just can’t stress to you how this is such a God thing, because the managers and the bouncers and the bartenders, they love us.” No one at Scarlet Hope can explain why the club owners allow them to come in, other than God’s providence. Clark said one club bouncer helps them carry food in.

During the week, Scarlet Hope volunteers drive Louisville’s rough streets, looking for prostitutes. They pass out roses with their business cards and bags that contain an outfit and hygiene items like deodorant, shampoo, and toothpaste. They pray with the women and tell them Jesus loves them. Scarlet Hope also uses technology developed by Seattle Against Slavery to collect and text the numbers prostitutes place online in sex ads. Clark texts 100 women each week, telling them Jesus loves them, introducing herself and Scarlet Hope, and asking if they want to hear more. She said 30-40 percent reply, some rudely, others requesting help.

Scarlet Hope’s biggest challenge is spiritual darkness. Clark described Thursday nights in the dark clubs, with flashing lights, disorienting mirrors, and loud, vulgar music. Strippers dance on stages and come down to interact with customers. The air smells like sweat, alcohol, and a strange mixture of body sprays. “The sin is tangible,” she said. “The people that you see carry what is happening in that place all over them.” 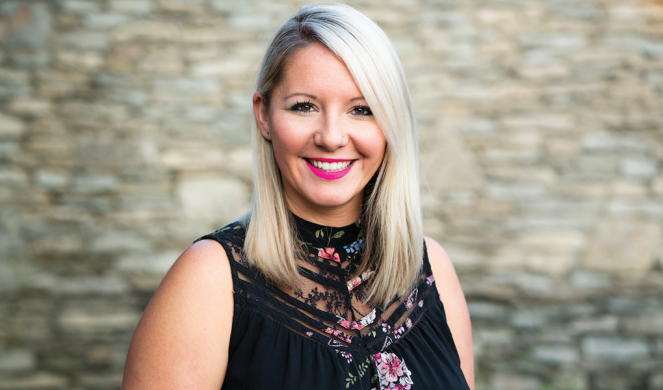 The volunteers go to befriend dancers, but loving them makes watching their work even harder. A Scarlet Hope staff member said when a dancer takes off her costume at the end of a shift, “You just see this weary, tired, lonely, empty, hopeless, defeated shell of God’s creation.” Clark says knowing when to step back is important. She gives prizes to the volunteers who follow a self-care plan that includes regular Bible reading, rest, and time on the prayer team.

Clark keeps going back because she knows she might be the only person that week to meet the dancers’ eyes and say, “I love you.” She said: “You ask them, ‘How did your doctor’s appointment go last week?’ Or ‘Did you get the bill taken care of?’ Or ‘How’s your baby?’ You remember things about them that nobody else cares about, and their face changes.” Now when Clark enters the club, the girls stop working to give her a hug or call, “Hey, church ladies!”

Women who decide to leave the sex industry face major obstacles. Most lack education and job experience, while carrying decades of relational baggage and twisted ideas about God. Many need a place to stay, so Scarlet Hope initially offered housing to women leaving the industry. Then Starr and others at Scarlet Hope realized they couldn’t provide adequately safe housing, a detox program to help women buck drug addiction, or facilities for women with children.

So Scarlet Hope ended its transitional housing program in 2014. It partnered with other organizations to provide housing and began teaching women job skills at Scarlet’s Bakery, where large, sticky cinnamon rolls and beehive cookies are popular. On a wall a sign reads: “We don’t hire people to bake cupcakes. We bake cupcakes to hire people.” Starr notes that “God commands us to work,” so providing dignified jobs for women who once sold their bodies to survive is “priceless.” 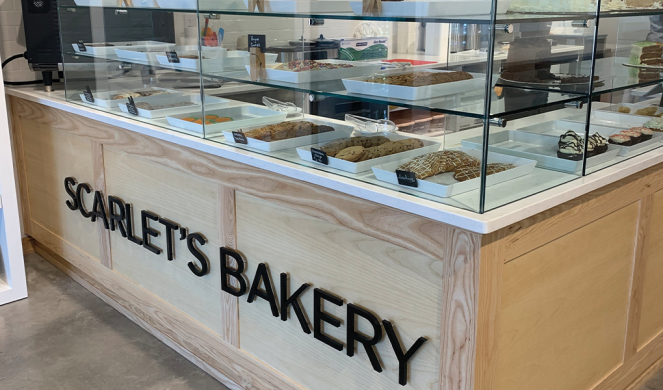 Scarlet Hope began a Career Development Program (CDP) in 2017. During 18 months women learn to build a life outside the sex industry by learning life skills like cooking, budgeting, customer service, and parenting, all from a Christian perspective. They also receive counseling and job experience. Starr said the classes teach ladies to “relive life.” Attending classes earns them “Scarlet’s bucks,” and once a month they can trade bucks for donated clothes and household items.

So far 28 women have completed the program, with three to five volunteers coming alongside each participant. Aaron Scott, the only male staff member at Scarlet Hope, teaches CDP classes alongside his wife to show students that “not every man in this world is a predator.” Seeing a healthy marriage is important for students who have come from broken families and an abusive father: They have a hard time understanding that God the Father is not only powerful but good.

Starr, who works 60 hours a week at Scarlet Hope, is preparing to reduce her time at the ministry. She and her husband are preparing to adopt their second child. She has trained people inside and outside the United States to carry the model forward. So far, Scarlet Hope has spread to Las Vegas, Reno, and Cincinnati, and Starr meets with those directors monthly. But every week she still brings a home-cooked meal to the club to build friendships with ladies like Mary Frances.

Frances still remembers the day she met the “church ladies.” They took her next door to get her food and to talk. Starr asked whether Frances would leave the sex industry if she had a choice, and “it blew my mind,” said Frances. She went with them to church that weekend. With her 50th birthday days away, she decided that would be the last day she spent in a club.

Now, in Scarlet Hope’s job training center, Frances works every other day as the front office assistant. Buzzing people into the office, she remembers sitting at the front desk of a massage parlor that hid sex trafficking. She imagines God taunting Satan as she works now for such a different purpose. She has “faith in the future. Praise God, I survived the past, and I have a Savior that loves me every day.”