News outlets shutter in the wake of the latest government crackdown

The collapse of Stand News is the latest blow to Hong Kong’s press and civil society that once enjoyed broad freedoms. Since Beijing imposed the national security law—which carries a maximum penalty of life imprisonment—the regime has silenced dissent and shut down Apple Daily, the city’s only pro-democracy print newspaper, in June. Apple Daily founder and staffers face foreign collusion charges. Authorities later added a seditious publications charge against them, the same charge under a colonial-era law against Stand News.

The closure of Stand News prompted Citizen News, the next biggest pro-democracy news outlet, to cease operations on Jan. 4 out of concern for staff safety. At least six other online media organizations folded within 10 days of the crackdown on Stand News, including White Night, a group of Christian citizen journalists. 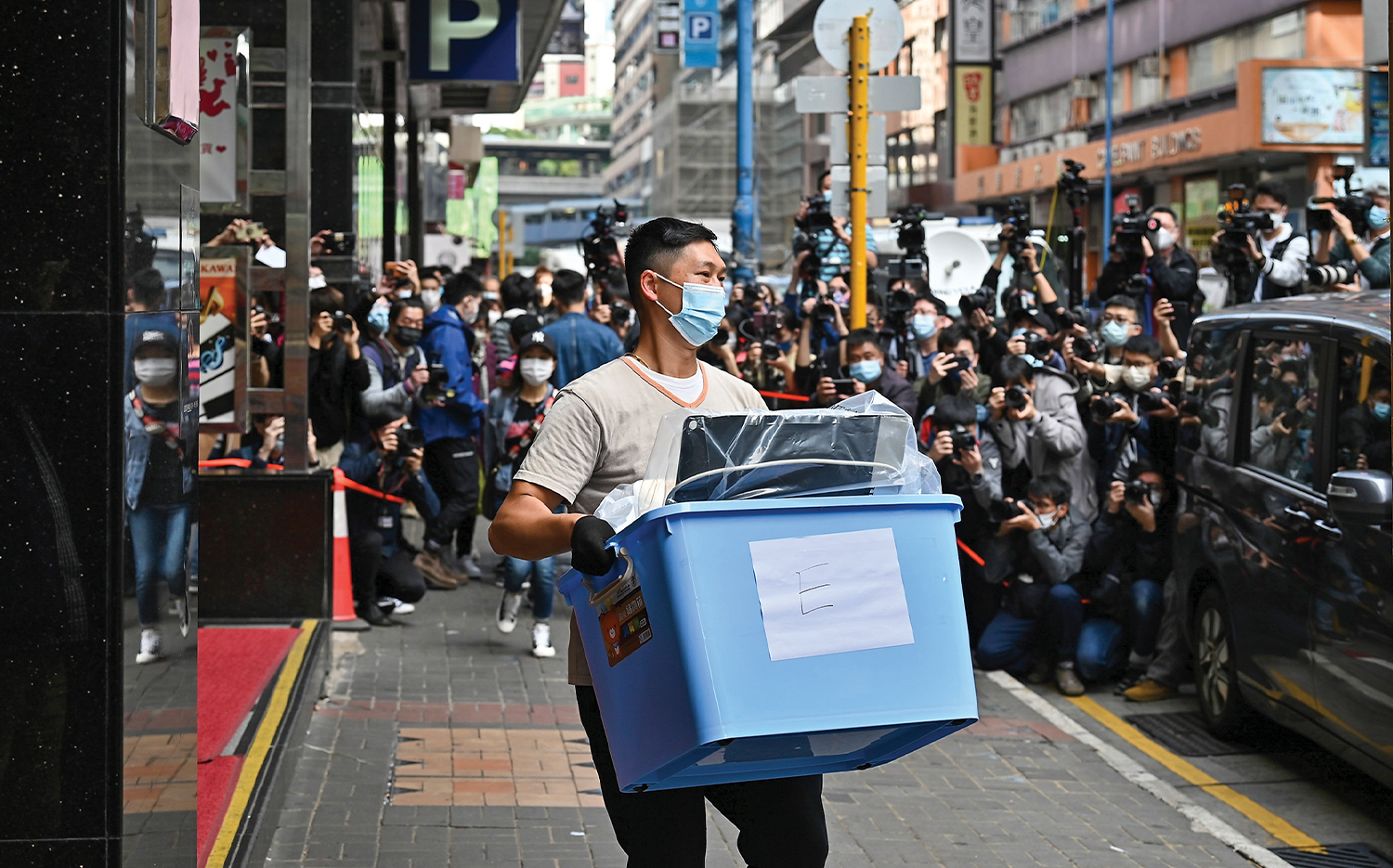 Among the allegedly seditious pieces are interviews of arrested and exiled pro-democracy activists that called for foreign sanctions against Hong Kong and China, said Li. He also accused Stand News of falsely reporting on the police during a 2019 protest, and he stated suspicions that the outlet’s office in the United Kingdom was a means for foreign collusion.

Stand News is widely known for its livestream coverage of the 2019 pro-democracy protests. It won several Hong Kong Human Rights Press Awards in 2020 and had over 1.8 million followers on its Facebook page. The news outlet had tried to mitigate risks of running afoul of the security law: In the aftermath of Apple Daily’s shutdown, it removed opinion pieces from its website and refused donations. A majority of its board members also stepped down.

Speaking out against the violations of media freedom, Canadian Minister of Foreign Affairs Mélanie Joly expressed deep concern for those arrested, including Ho, a Canadian citizen and LGBTQ activist. “Our consular officials are engaged and stand ready to provide assistance on the ground,” Joly tweeted.

“Journalism is not sedition,” said U.S. Secretary of State Antony Blinken in a statement. He called on Chinese and Hong Kong authorities to cease targeting Hong Kong’s media and to release those who have been “unjustly detained and charged.”

On Dec. 30, authorities charged Lam, Chung, and Stand News. They denied the former editors bail. As the police drove the editors separately away from the court to a detention center, former Stand News employees gathered by the vans, held lit-up phones, and shouted, “Take care!” and “Hang in there!” The two will return to court in February.

The four former board members were released on bail. Chan, also a former Apple Daily publisher and Chung’s wife, remains in pretrial detention for the foreign collusion charge against Apple Daily staff. Authorities are after more Stand News associates, as they issued arrest warrants for its founder and another former board member, both of whom reside abroad.

Yeung Tin-shui, Stand News’ United Kingdom bureau chief, announced on Facebook that the U.K. office has closed and he has resigned. The overseas bureau began running in February with the intention of reporting on the recent influx of Hong Kong immigrants to the U.K., according to Yeung’s post.

Expressing sorrow over Stand News’ demise, the Hong Kong Journalists Association (HKJA) decried the chilling effect on the city’s media from the police’s accusations and arrests.

Ronson Chan, HKJA president and former Stand News editor, acknowledged the tumultuous time during his speech at HKJA’s annual gala dinner, but “Hong Kong still needs truth and journalists.” Chan, a Christian, continued, “As hard as the road ahead gets, HKJA will try our hardest not to fall.”