From Nigeria to South Africa, parents find ways to make teaching their children at home work

Linda Adeniyi and her four sons scattered across their small garden in Lagos state, out on a nature study adventure.

She called the children to her after spotting a elephant hawk moth caterpillar. One of the boys gently held the caterpillar on a green leaf. He peppered her with questions about what it was and if it stung. Adeniyi patiently answered each one.

Adeniyi began exploring homeschooling five years ago when her eldest son struggled to understand his schoolwork, sometimes breaking out in tears or flinging his homework across the table. The first grader told his father his teacher didn’t think he was smart.

The Adeniyis pulled him out of school for the rest of the year, determined to help him catch up before enrolling him in another school the next academic year. The temporary solution is now the norm for all of her children.

“He became alive in learning,” Adeniyi said. “I wanted him to succeed.”

Homeschooling in Nigeria includes a small but growing network of parents who received renewed interest after the pandemic triggered restrictions on schools. Nigeria has no legal provisions directly addressing homeschooling, but parents inspired to take that route are finding creative ways to work within the existing educational structure.

The community is young compared to other African nations like South Africa, where decades of homeschooling have sparked advocacy groups and legal provisions. Homeschool parents there are advocating for more legal freedoms to control their children’s education.

Like Adeniyi, several Nigerian parents who choose to homeschool are seeking a more positive learning environment or higher quality of education. Olumuyiwa Okunlola, the Nigerian consultant for the curriculum provider Accelerated Christian Education (ACE), said homeschooling parents also include missionaries who are often on the move or posted to remote locations. Okunlola, who was partly homeschooled in 1997, said about 80 homeschooling parents and three homeschool academies across Nigeria now use ACE’s curriculum.

When Adeniyi first started to research ways to help her son back in 2016, she couldn’t track down other Nigerian homeschooling parents online. So she pored over blog posts and YouTube videos and watched live activities of homeschooling parents from other countries. Adeniyi, who is an artist, found the structured curriculum online expensive and decided to design her own content and study aids.

The effort started to bear fruit. She saw her son start to comprehend and enjoy math and science. “We decided we’d take all of them through homeschooling,” she said.

The children now have a routine of four study days each week that includes school work and also prayer, listening to Adeniyi read to them as they eat breakfast, and circle time—their creative version of an assembly.

Adeniyi has also become creative with their playtime, ensuring it serves as a constructive learning process.

“I got creative with investing in building blocks, so at the same time they’re learning,” she said. “You can put different subjects in there.”

The family’s dining table serves as their muster point, although Adeniyi also found ways to incorporate other areas in the home into the learning process. She set up a comfy reading nook and carefully selects the children’s programs during their screen time. “I made sure every corner has something to learn.” 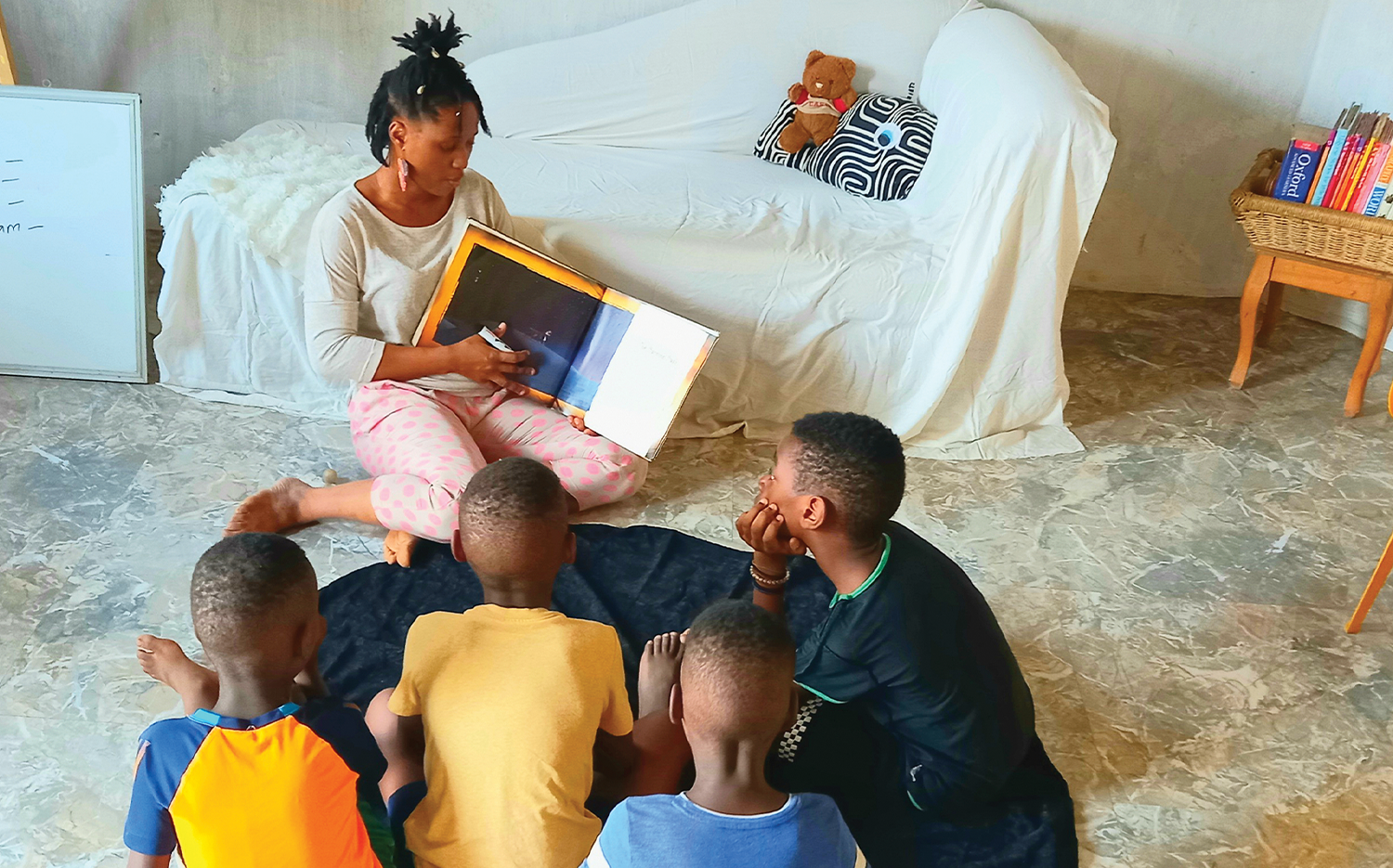 THE VOICES OF CHILDREN reading aloud and talking to each other echoed from a two-story building in Abuja. In separate study rooms upstairs, some wore headphones as they independently studied French and English. None of the children had on uniforms—a rarity here in Nigeria.

Rosemary Udo-Imeh describes her Saros Home Education Center as a Nigerian version of a homeschooling co-op. The parents agree together on changes, like when Udo-Imeh decided to incorporate a different digital learning platform for the older kids. (Saros is one of the academies using the ACE curriculum.)

The essential difference for Udo-Imeh is the children are focused on mastering what they study, not on cramming to pass exams and rushing to the next grade with the best score. “Your progress is based on how much content you understand, not about the other person,” she explained.

Udo-Imeh’s journey began in 2017 when a financial crisis meant she had to pull her children out of an international school in Abuja. She ruled out the regular schooling system and researched other remote education opportunities, such as the University of Nebraska Online High School.

When she met a church member whose home­schooled children could speak multiple languages and had sailed through the national exams, she jumped on board. Udo-Imeh used ACE for her children at the time, and also built on their interests in arts, animation, and swimming.

She admits she still had her doubts, considering she was taking an unpopular route. So she signed her children up for several competitions.

One was a swimming contest, where Udo-Imeh said her kids looked more like “rag dolls” compared to the synchronized swimsuits of children from other schools.

But they won the backstroke. “I was screaming,” she recalled.

As her efforts increased, Udo-Imeh had more people asking her to take on their children. She tried to formally register as a homeschool in 2019 but learned from the Ministry of Education that Nigeria has no legal provisions for it.

So she registered the center as an international school instead. The arrangement gives her the freedom to prepare the students for national and international examinations, including the SATs. Homeschooling parents also register their children independently to sit for the national exams.

“If I insisted on a Nigerian school, I knew I had to conform to some learning methods I felt weren’t relevant,” she explained.

Her center has provided access for other homeschooling parents who want their children to engage in sports and other social activities with other students. Udo-Imeh says Saros particularly provides support for children who don’t fit into the norm. A child with dyslexia is one of the center’s best computer programmers.

“In a conventional school system there’s a square box and everyone has to be square,” she said. “He’s not under pressure to be like everyone else.” 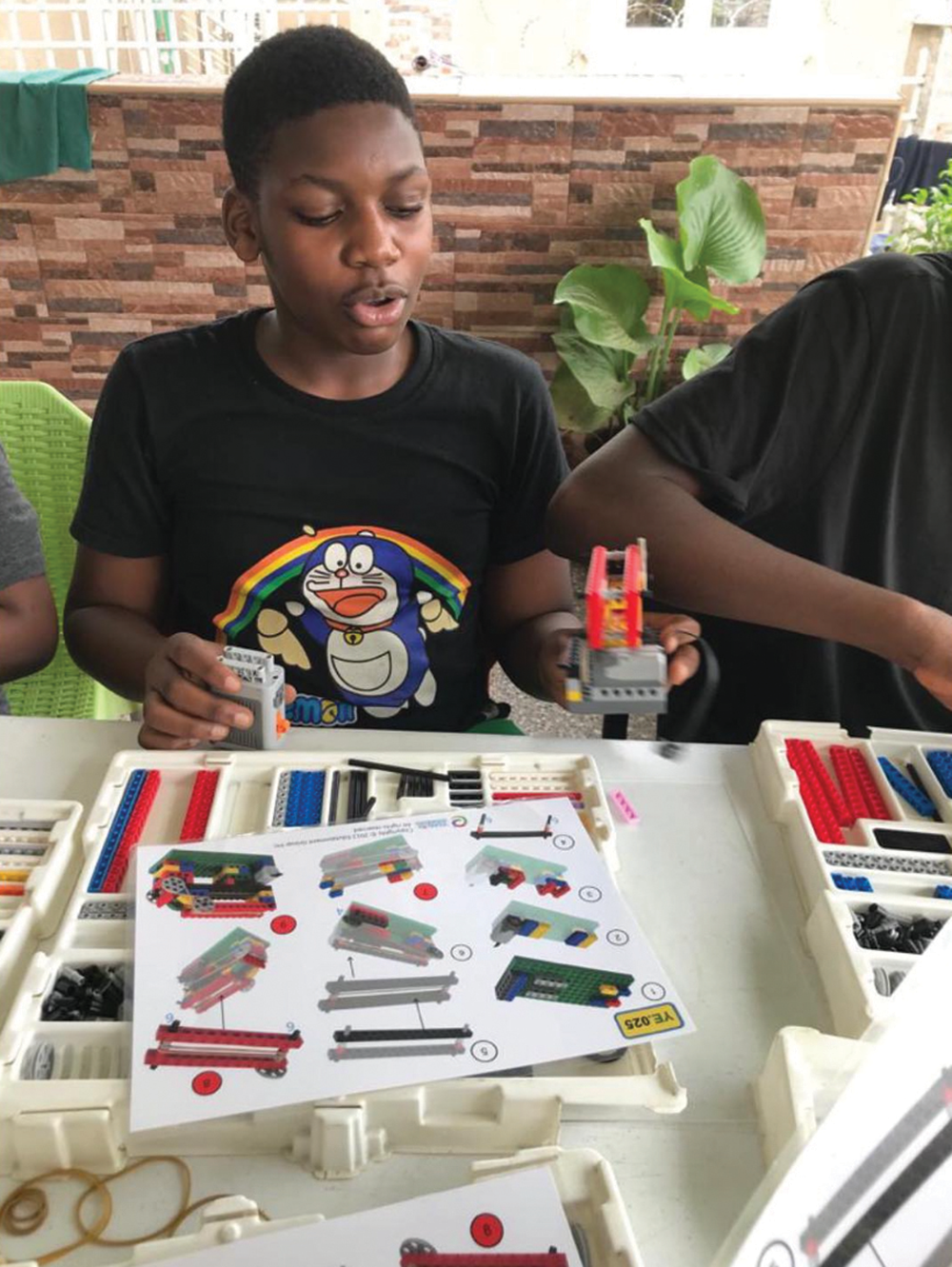 SOME 4,000 MILES AWAY in South Africa’s Cape Town, Graham and Alison Shortridge’s homeschooling journey goes back decades. The great-grandparents began homeschooling the youngest four of their six children back in 1993 when it was still illegal.

One couple was jailed in Pretoria for homeschooling that year and had their kids taken away. The Shortridges also got reported to the Education Department and received a warning.

“We wrote them a long letter where we laid out the reasons why we should homeschool,” Graham recalled. “We told them they’re actually breaking God’s law because they’re trying to usurp the authority of the parents.”

That letter made the rounds, eventually getting to the Home School Legal Defense Association in Virginia.

The growing international lobbying and local backing from the African Christian Democratic Party (ACDP) further propelled the Shortridges to the front of the battle. They led a subcommittee that drafted a parliamentary proposal on homeschooling.

“The whole thing was a total, absolute miracle,” Graham said.

In 2019, South Africa had about 140,000 homeschool learners. The numbers doubled to about 300,000 in 2020, with the jump fueled by pandemic restrictions. The South African Schools Act requires homeschoolers to register with their provincial education departments, which are allowed to set their regulations.

Uda de Wet, who works with the Pestalozzi Trust, a legal defense group for home and community education, said the majority of homeschooling parents have refused to register since the law requires them to apply for home education approval.

“They either allow you to home educate and register you, or they decline your application,” she explained. “There’s quite a number of parents who say you don’t need to ask permission to do your duty.”

Some homeschoolers have raised an alarm over the impact of a bill seeking to amend education laws. It would require homeschool parents to ensure their curriculum is comparable to the national curriculum. De Wet said such a requirement could affect parents who use a more eclectic method of learning.

An education policy for home education promulgated back in 2018 required parents to keep attendance and hand in assessment reports.

“There needs to be proper research on home education in South Africa because the legislation being proposed now is not based on research,” she said. “You must be able to use the education modality that’s in your child’s best interest.”

The Shortridges have continued to work on a structured Christian education curriculum with more than 250 users. Alison Shortridge, who has a background in education, creates the scheme of work and prepares the assessments. The Theocentric Christian Education also features Scripture memorization and helps to prepare students for the British certification exams.

“It’s very much a one-on-one learning situation, learning your values, and it’s important especially today with what’s going on with schools.” 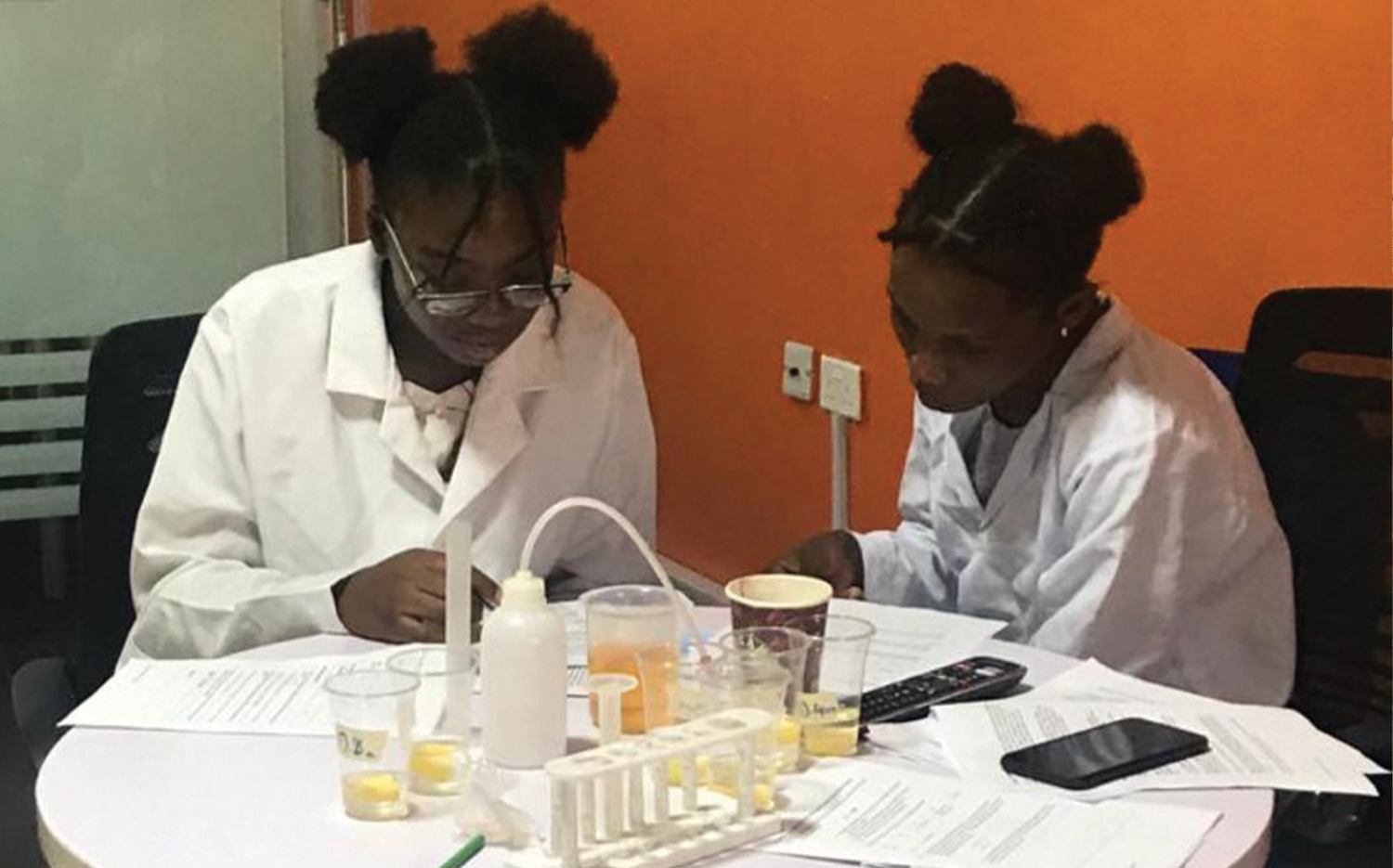 BACK IN NIGERIA’S LAGOS STATE, homeschooling mom Tomilola Olatunde said Nigeria could glean some lessons from South Africa’s provisions and support. Like Udo-Imeh and Adeniyi, Olatunde said she has also experienced people warning her against ruining her children’s future over her decision to homeschool.

Yet she says the pandemic proved the growth of homeschooling is inevitable. Olatunde, who runs a blog on her homeschooling resources and experiences, said as many as 45 parents have connected to her network in Lagos alone.

“Before the pandemic we didn’t have a community,” she said.

In South Africa, the University of Cape Town became the first on the continent to launch an online high school this year. Udo-Imeh also saw a jump in parents needing support to set up homeschools in Abuja. Some of them continued, even after pandemic restrictions eased.

“Education should not be restricted to four walls,” Udo-Imeh said. “Learning can be done anywhere.”

Adeniyi’s son, who is now 10, will sit for the national exams next year before moving to the Nigerian equivalent of seventh grade. Adeniyi said she and her husband are still praying over whether to enroll him in a school or continue homeschooling.

Regardless of the decision, Adeniyi said, the sacrifices are costly but worth it.

“The focus is on them first, and it makes a lot of sense,” she said. “If you get teaching your children right, everything else falls into place.”