Like many people, I had high hopes when Ron Howard decided to direct a film adaptation of Hillbilly Elegy, J.D. Vance’s memoir about growing up in Appalachia and the Rust Belt. The book became an immediate bestseller in 2016, not just for Vance’s insightful reflection on a much-maligned subculture, but also because he seemed to offer the upper classes a way of making sense of Donald Trump’s popularity.

Unfortunately, Howard’s version of Vance’s story offers nothing deeper than a pastiche of white poverty.

The movie’s failure stems mostly from its disinterest in specifics. It shows us what sets J.D. apart from the elites at Yale through old chestnuts like not knowing which fork to use at dinner, but it never explores how he’s the same. We don’t see the qualities that afford him entry to the Ivy League despite having no connections and no knowledge of the difference between Chardonnay and Chablis.

The same goes for his family. We get only magpie bits of each character, and almost all of it feels like a generalization. The movie wallows in scenes we’ve seen a hundred times before—the junkie scrabbling over dirty bathroom tiles for a fix, the greasy-haired teens bullying the hero. As played by Amy Adams, J.D.’s mom Bev is little more than a stock opioid addict. We get no hint of conflicted feelings she may have about her son’s achievements or, for that matter, whether she might have contributed to them.

Despite raising them with a revolving door of husbands and boyfriends, Bev actually had two successful children. Her daughter may not have become a best-selling author, but she is a happy suburban mom who’s been married to her husband for 22 years.

Rather than an elegy for a crumbling, forgotten community, Ron Howard offers a simplistic, feel-good story of one guy’s triumph.

Perhaps no character suffers more from this lack of complexity than Mamaw (Glenn Close). Sharply drawn in the book, she adheres to a brand of religion that drops F-bombs half a beat after alluding to everyone’s favorite Old Testament verse: “For I know the plans I have for you.” She mouths truisms about personal responsibility while covering up for her daughter’s drug abuse. Almost none of that nuance makes it into the film, apparently because that would move into the realm of politics and New Deal generational dependence on government.

Vance, a social conservative, critiqued a cultural Christianity built around churches he calls “heavy on emotional rhetoric [but] light on the kind of social support” that could have offered his family meaningful hope. He also took aim at the empty bravado of shiftless men who fail to care for the women and children in their lives. But Howard seems desperate to avoid broaching these tough subjects. Rather than an elegy for a crumbling, forgotten community, he offers a simplistic, feel-good story of one guy’s triumph. 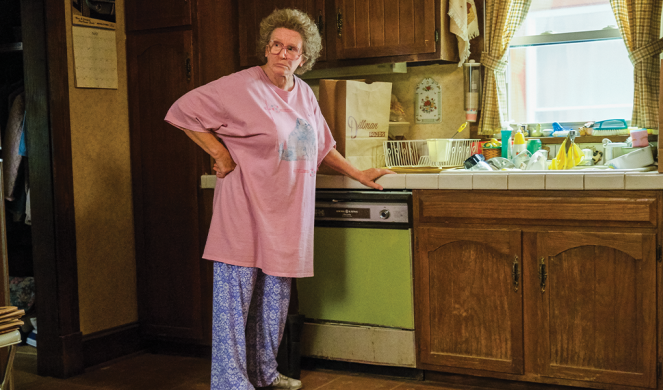 So it’s interesting that a movie whose biggest crime is being inoffensively average is earning such a vitriolic reaction from some critics, such as one who claimed it “stinks of a demo reel for a young Republican’s bid for Congress.” Or another hoping the movie’s failure will “mark the end of Trump-era myth-making about the white working class.”

Strangely extreme reactions for a mediocre melodrama. Their fear, it seems, is that the film might spark the same interest in addressing the concerns of Trump’s base that Vance’s book did. In this case, they needn’t worry.