Monument Maker by Linda Booth Sweeney: This extended picture book profiles American sculptor Daniel Chester French and tells the story of the Lincoln Memorial’s construction. From the time he was a small boy, French loved observing and drawing the natural world and later showed an uncanny ability to carve and sculpt. When he was 20 in 1870, the city of Concord, Mass., commissioned him to create the Minute Man statue. His career ultimately would culminate with the beloved statue of a seated Lincoln. Black-and-white ink drawings illustrate the story, and extensive endnotes fill in additional details. (Ages 7-12)

My Name Is Tani … and I Believe in Miracles by Tanitoluwa Adewumi with Craig Borlase: After the Adewumi family flees its Nigerian home to escape Boko Haram, the family members move to New York City to start a new life. They are grateful to find lodging at a homeless shelter and to begin jobs and school. Tani joins a chess club and pours all of his time into mastering the game. The chess coaches mentor him, melding strategy sessions with character cultivation, and a year later Tani will defy the odds to win the 2019 New York State Chess Championship. An inspiring story showcasing the way acts of kindness can have a miraculous effect. (Ages 9-12)

Prairie Lotus by Linda Sue Park: In the heartland of 1880s America, Hanna struggles to find acceptance as a half-Chinese girl. After her mother dies, Hanna and her father move to a new town where they plan to open a dress goods shop. Hanna, a talented seamstress who dreams of becoming a professional dressmaker, faces discrimination and rejection in a town suspicious of anyone who is different. As Hanna stoically perseveres, she discovers she doesn’t need other people’s approval to live a good life. A charming book that sheds light on the struggles minority groups faced in early American history. (Ages 10-12)

Who Got Game? Baseball: Amazing but True Stories! by Derrick Barnes: In this recent release geared for baseball aficionados, Barnes uncovers lesser-known trivia tidbits and highlights the unheralded players in America’s favorite pastime. Four sections feature 42 interesting facts related to Pivotal Players, Sensational Stories, Radical Records, and Colossal Comebacks. Readers will learn about the man who invented the box score and the first woman who played on a major league team with male athletes, as well as what game was the longest, which trading card is the most expensive, and how the spitball met its demise. Colorful illustrations pair with humorous writing to make it a fun read. (Ages 8-12) 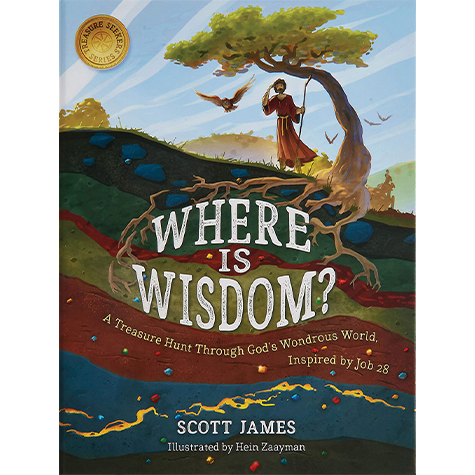 In Where Is Wisdom (B&H, 2020) Scott James takes children on a treasure hunt to find the source of wisdom. As he guides readers past the places of earthly treasure and toward the source of true treasure, he shows how even hidden things can be found when we know where to look. The story concludes with a note to parents on how to connect the story to further Bible study.

In The Prisoners, the Earthquake, and the Midnight Song (The Good Book, 2020) Bob Hartman tells the story of Paul and Silas’ imprisonment and the earthquake that changed a prison guard’s life forever. Hartman centers his story on the sounds people would have heard if they had been present during those extraordinary hours.

In Ellie Holcomb’s latest board book Don’t Forget to Remember (B&H, 2020) she celebrates the reminders of God’s love that children can find all around them. Her companion CD Sing: Remembering Songs reaffirms the book’s message with songs inspired by the Psalms and creation.