As A City On A Hill

New England, founded in the 1620s and 1630s, almost died in the 1640s and 1650s. With the Puritans in power in old England, few headed west and many—including most Harvard grads—went east. What kept New England going was a vision that John Winthrop had enunciated probably aboard ship in 1630: That the Puritans could build “a city on a hill” that would be “a Model of Christian Charity.” In practice, that meant giving destitute families permission to cut wood from the town’s common lands, taking in widows, paying nurses to attend to the sick, and spending a quarter of town budgets on poor relief.

The children’s version of the Cherokee Trail of Tears is black-and-white about red-and-white: Evil Andrew Jackson and other leaders railroaded noble Native Americans, except that in the absence of railroads thousands without adequate clothing or food had to walk. The reality that Sedgwick explores in his eloquent work is far more complicated. Sedgwick doesn’t minimize the misery of a midwinter ordeal without adequate food, clothing, or shelter for many of the travelers, but he shows how less racism among whites and less political maneuvering within the Cherokee tribe could have mitigated the disaster.

The Order Of The Day

Translated from the French, The Order of the Day is a beautifully written short book about an ugly incident, Nazi Germany’s annexation of Austria. Vuillard begins with a scene of the heads of major industries capitulating to Adolf Hitler in 1933: “There they stand, affectless, like 24 calculating machines at the gates of Hell.” Then we move to 1938 and the key role of Austrian Minister of the Interior Arthur Seyss-Inquart, who finally “finished his pathetic career as a walk-on at Nuremberg … who helped craft the policies that entailed the deaths of a hundred thousand Dutch Jews—this man knew nothing.”

Anatomy Of A Genocide

Bartov’s masterpiece of ground-level history shows that for more than four centuries in Buczacz, a border town, Poles, Ukrainians, and Jews mostly got along. That quickly changed with World War II, where the two nominally Christian populations fought each other—and both murdered Jewish neighbors. German soldiers “shot Jews eagerly,” but volunteers, including local Ukrainians and Poles, wanted in. Typically, Jews were stripped, ordered to stand by a newly dug pit, and machine-gunned, until the corpses were packed like sardines: When one shooter “emptied his magazine, another one would be lying in wait for the right moment to step in.” 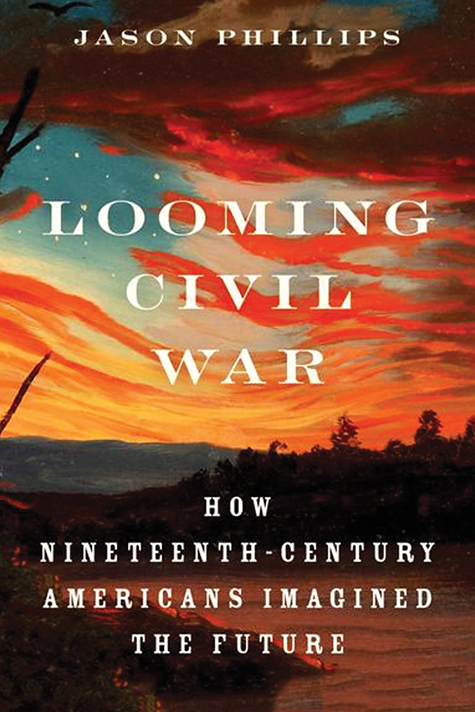 Phillips punctures the view that Americans both north and south anticipated “a short, glorious war.” Some politicians and soldiers did talk that way, but many civilians “felt dragged into a terrifying future by extremists from both regions.” For example, anti-slavery architect Frederick Olmsted thought more was needed than a war for abolition: “An extraction of the bullet does not at once remedy the injury of a gun-shot wound.” Pro-slavery editor John Beauchamp Jones thought war would shred the fabric of America: In his vision “the gutters ran with blood, and the waysides were strewn with the dead.”

By 1860, anticipation of war was so common that many bowed to what appeared inevitable. “Unreason and dread” poisoned politics, and the telegraph offered “instantaneous information that promised more knowledge than it delivered.” Virginian Edmund Ruffin prophesied pro-slavery victory and gained the honor of firing the first cannon shot of the war. In June 1865 he shot himself and died.

(Please read the next section in our 2018 Books of the Year issue: “What Price Hope?”)