Pioneers of Percussion, Vol. 1 by Joby Burgess (Signum): Because (as Burgess notes online) composer Iannis Xenakis left the instrument choice up to the performer, his extended percussion solo “Psappha” can take on surprisingly different textures depending on who’s wielding the mallets. “My performance,” writes Burgess, “seeks maximum range and color, with a nod to touring practicalities.” Translation: What you’re hearing is percussion instruments that aren’t more trouble than they’re worth to pack up and move, and neither the crisp, booming depths nor the shimmering, exhilarating highs are accidents. The Linda Buckley and Morton Feldman pieces, on the other hand, explore the ethereal. Total time: 29:42. Volume 2 is in the pipeline.

Promises by Floating Points, Pharoah Sanders, & the London Symphony Orchestra (Luaka Bop): Situate this balm-like “continuous piece of music in nine movements” somewhere between the instrumentals on Van Morrison’s Inarticulate Speech of the Heart (for the dreaminess of Sam Shepherd’s keyboards) and those on Poetic Champions Compose (for the tender textures of Pharoah Sanders’ sax and the strings). Then concede that even though taking five years to realize something this apparently simple seems like preciosity, if it’s the reason that a series of variations on a seven-note arpeggio feels like a palatially complex dream from which you wish you didn’t have to wake, it was worth every minute.

American Ivory by Richard Fountain (Navona): Thanks to Navona Records, this recording, originally (and independently) released on CD in 2012, now makes its digital debut, giving Fountain’s sparkling performances a new lease on life. The conversation between past and present represented by Gary D. Belshaw’s 21st-century originals and similarly titled works by Aaron Copland (“Passacaglia”) and Samuel Barber (“Nocturne”) animates the program’s 32-minute final act. It’s in the 28-minute first act, however, that the album really lives up to its title—there are, after all, few more American-sounding “ivory” works than Edward MacDowell’s First Modern Suite, Op. 10 (1883). And while Charles Fierro’s brisker world-premiere recording remains the standard, Fountain’s will more than do.

Elliott Carter: La Musique by Swiss Chamber Soloists (Artist Consort): One reason that listeners find Carter difficult is that he proceeds vertically more than horizontally, making musical leaps not unlike the intuitive verbal kind found in Louis Zukofsky, nine of whose poems Carter set for clarinet and soprano in 2008. Those settings appear here along with six other pieces. In the earliest, Sonatina for Oboe and Harpsichord (1947), Carter’s leaping has only reached the running-start phase, but there’s gracefulness afoot. By Eight Etudes and a Fantasy for Woodwind Quartet (1950), his verticality has evolved into exhilaratingly swirling spirals. Neither piece is generally considered prime Carter. The Swiss Chamber Soloists obviously couldn’t care less. 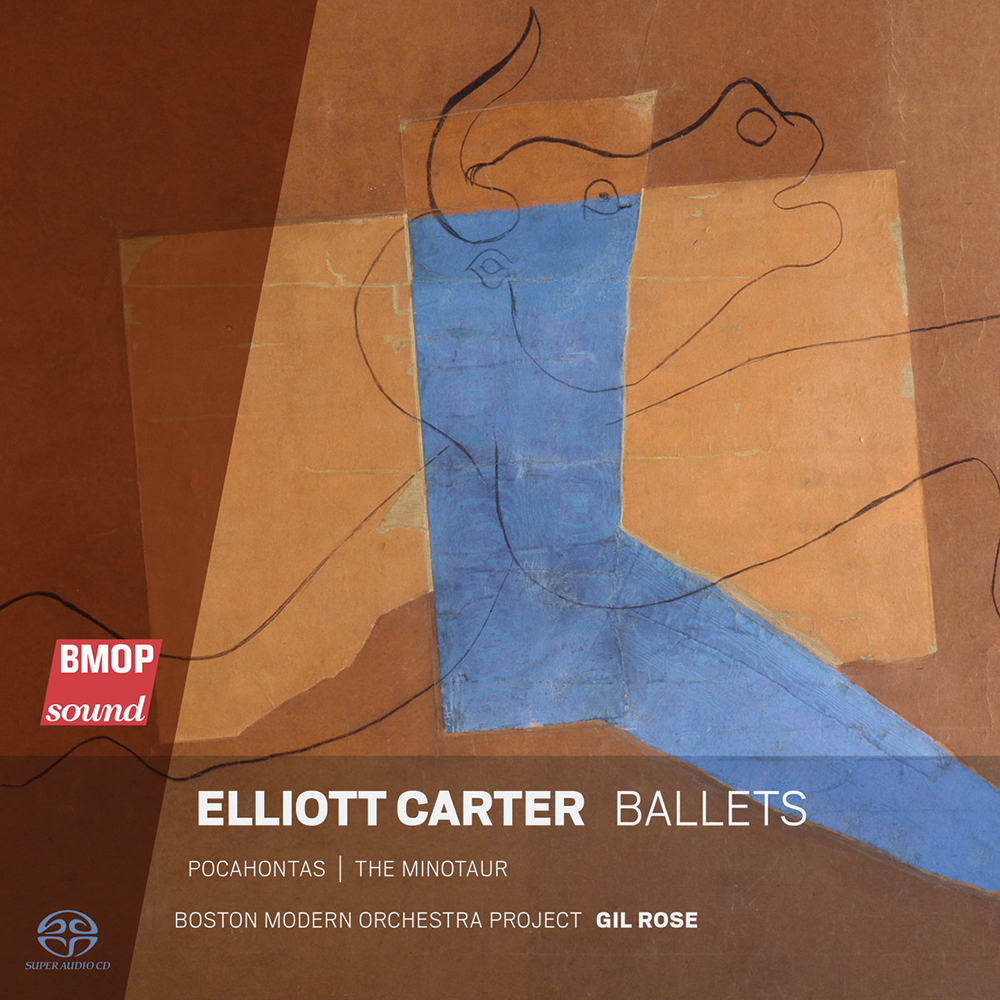 In the booklet for the new Boston Modern Orchestra Project album Elliott Carter: Ballets (BMOP/sound), the composer, author, and former Carter pupil David Schiff writes, “The question … remains whether the scores for Pocahontas and The Minotaur mark the boundaries of Carter’s belated student explorations, or whether they share important qualities with his later music.” Sounds like a thesis statement, doesn’t it? But it’s a red herring. The question “remains” only because the answer is “both” and “neither.”

Pocahontas and The Minotaur, composed in 1938 and 1947 (13 and four years before Carter came into his own with the String Quartet No. 1) respectively, are Carter’s only ballet scores and represent his only attempts to write with both choreography and linear narratives. Everyone should agree: They’re lively, dramatic, colorful, and never boring. And movement titles such as “John Smith is tortured by Indians and saved by Pocahontas” serve as hooks for the imagination. —A.O.

Thank you for pointing me to some new music! I listened through American Ivory and enjoyed the familiar MacDowell pieces presented so well by Richard Fountain. The best thing that came from becoming aquainted with this album was being introduced to the work of Gary Belshaw. I did a search on the Texas composer and ended up buying three pieces of piano sheet music! They are lovely, delightful, and perfect for an advanced intermediate player like me. Two will serve well as Sunday morning preludes at the local church where I play. Thanks again!