Most Wanted by Sarah Jane Marsh: In Most Wanted, Marsh details “the Revolutionary partnership of John Hancock and Samuel Adams” that helped rally the American Colonies against British tyranny. Although Hancock and Adams were an unlikely pair—one a poor man but piercing writer, the other a rich and fashionable businessman—their mutual pursuit of liberty created a persuasive pairing. Edwin Fotheringham’s fun illustrations even add a touch of irony: One page quotes Hancock saying he would “not be a slave” to the king while the illustration shows a black man serving tea with a raised eyebrow and quizzical expression. (Ages 6-10)

Nicky & Vera by Peter Sis: Author and illustrator Peter Sis blends words with somber but evocative drawings to tell the true story of Nicholas Winton, an Englishman who skipped a ski trip to instead visit Prague, where he eventually coordinated the evacuation of Jewish children amid the Nazi invasion. Sis juxtaposes Winton’s story with Vera’s, one of the hundreds of children he saved. In all, Winton rescued 669 children, but he never saw himself as a hero: “I did not face any danger, as real heroes do. I only saw what needed to be done.” (Ages 7-10)

Hidden Figures (Young Readers’ Edition) by Margot Lee Shetterly: This young readers’ chapter book highlights four African American mathematicians—Dorothy Vaughan, Mary Jackson, Katherine Johnson, and Christine Darden—who worked as human computers at NASA and helped send U.S. astronauts into space. They represented some of the first black women to work alongside white male engineers at NASA, all while contending with discrimination (racial and gender) in the workplace and balancing the responsibilities of home life. For kids who are disinclined to pick up a nonfiction book, the audiobook version is an easy four-hour listen. (Ages 8-13)

I Survived the Nazi Invasion, 1944 (The Graphic Novel) by Lauren Tarshis: Tarshis gives middle graders a glimpse into World War II history with this graphic novel about a brother and sister who escape a Polish ghetto and flee to a Jewish partisan camp. The fictionalized account features full-page spreads of comic-style illustrations that will appeal to reluctant readers while introducing them to a segment of the resistance movement. A timeline and endnotes highlight the real-life events and people who inspired the story. Note to parents: A few illustrations portray shootings (with blood), bombings, and the distressing effects of such violence. (Ages 9-12) 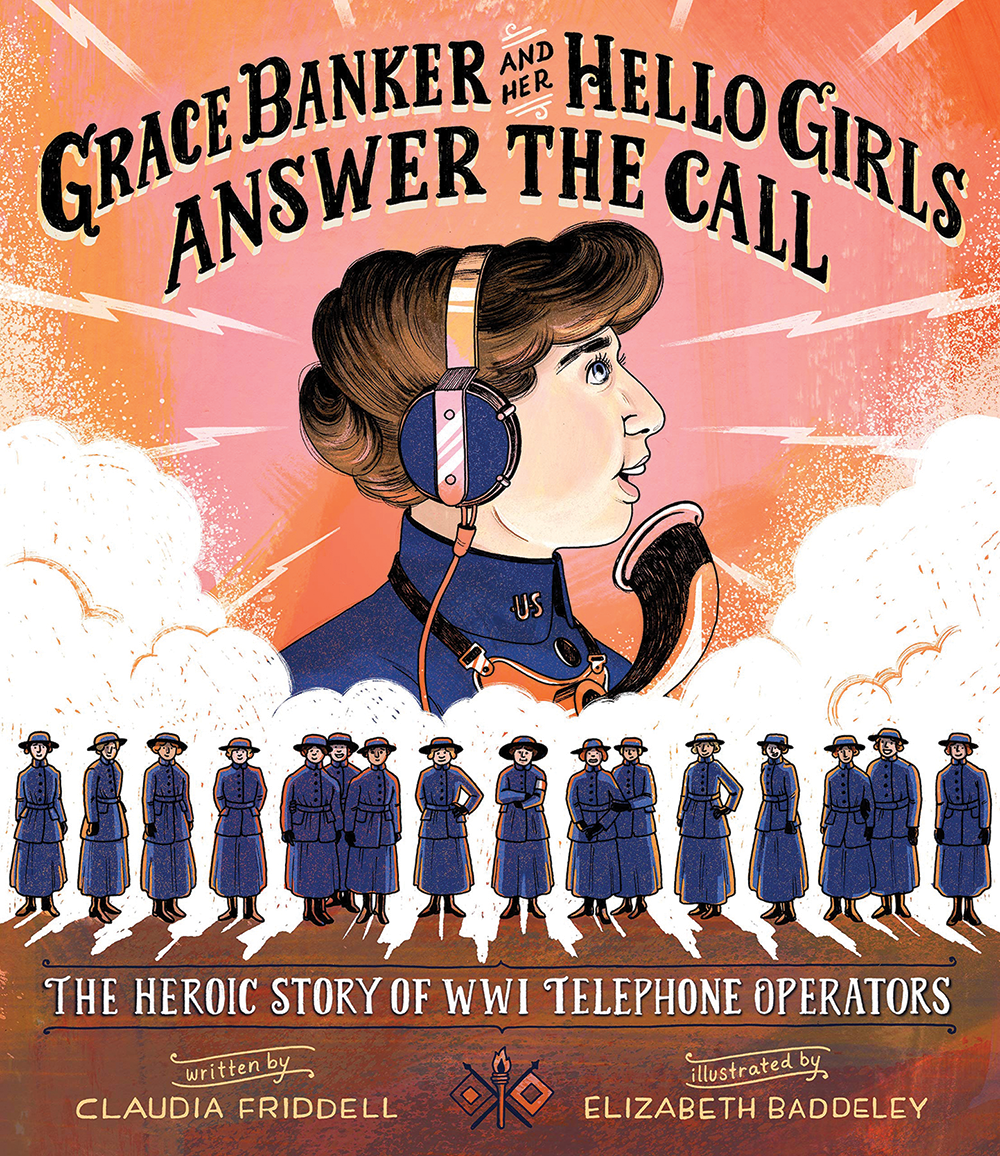 Claudia Friddell’s Grace Banker and Her Hello Girls Answer the Call (Calkins Creek, 2021) tells the unsung story of women telephone operators who served in the U.S. Army’s Signal Corps during World War I. Chief Operator Grace Banker led her group of switchboard operators, known as “Hello Girls,” to France where they served at Gen. John Pershing’s headquarters and relayed combat commands to the front. Amid Elizabeth Baddeley’s ink and acrylic illustrations, the book intersperses quotes from Banker’s diaries and interviews. The conclusion rounds out the story with a timeline and more historical notes.

Thomas Harding’s The House by the Lake (Candlewick, 2020) depicts the true story of four families who called a house near Berlin their home. Britta Teckentrup’s mixed-media illustrations capture the emotional upheaval as the progression of historical events determines the fates of the house and occupants. The house falls into disrepair until the author (great-grandson of the Jewish man who built it) and others restore it to serve as a community center. —K.C.