Safe Harbor Free Clinic focuses on both physical and spiritual

By the time Catrina Rains made her first visit to Safe Harbor Free Clinic in Stanwood, Wash., she was scared for her life. It had been months since she ran out of medication for hypothyroidism, diabetes, and depression, and she could feel her entire body shutting down, like an old scooter in its last sputters. She was spending 18 hours a day in bed, and showering exhausted her. It took the last drops in her reserves to drive to the clinic and ask for help.

Rains is a 47-year-old stay-at-home mother of five. She lost health coverage when her husband’s extra-dollar-per-hour pay raise tipped his wages $300 over Medicaid’s income eligibility. Private health insurance companies quoted her premium at $700 per month, which she cannot afford. Nor can she afford to visit a doctor to get a prescription. When a local clinic told her they couldn’t help her, a nurse there suggested she visit Safe Harbor Free Clinic (SHFC). Rains was hesitant—her pride told her she shouldn’t receive anything for free, but she feared she was dying.

So when Rains showed up at SHFC, she was shame-faced and preemptively defensive to any looks of judgment or condescension. She got none: No “Gosh, you can’t even pay your bill?” No “Why did it take so long for you to see a doctor?” It wasn’t just the free medical treatment. She had never had a doctor spend 90 minutes with her in one session, making eye contact and listening to her without rushing her or making her feel she was just another diagnosis: “I was treated better here than most doctor’s offices anywhere. … It was a beautiful thing.”

That night, Rains left Safe Harbor holding her prescriptions and paperwork for discounted medications, got into her car, and burst into tears. It felt like the dark clouds of stress and anxiety over her were finally dispersing and letting in rays of relief and gratitude: “I’m not just a number. I am a person here. They don’t look at me like I’m nothing. They care.”

Safe Harbor Free Clinic isn’t just another free medical clinic. Physicians do treat symptoms and help patients navigate the complicated healthcare system. But when they can, staff and volunteers also point patients toward Christ, whose ministry was true healing instead of simply fixing bodies. 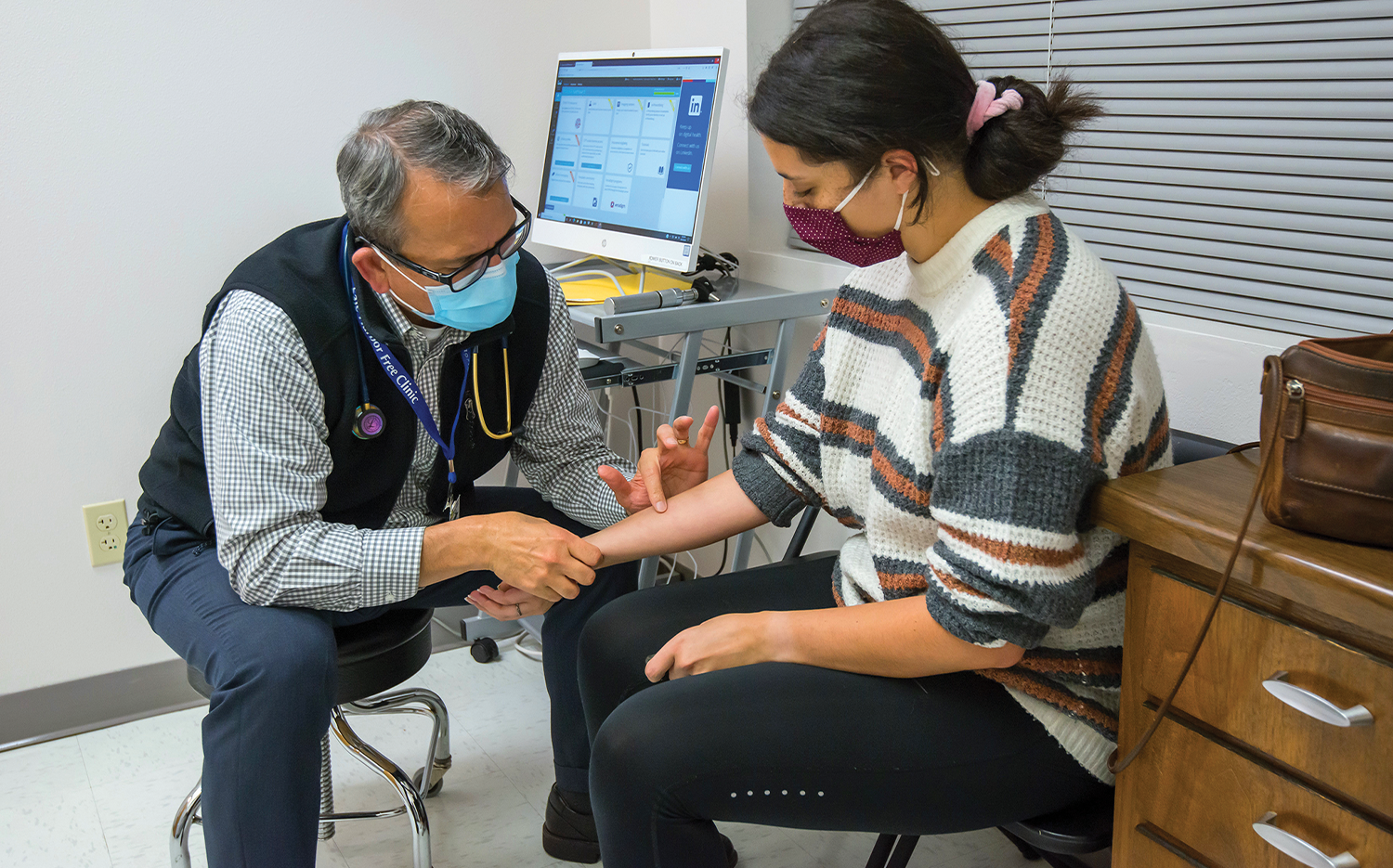 SAFE HARBOR FREE CLINIC began when two doctors separately saw the medical needs in their community. James Grierson, a family practice physician, returned from a medical mission trip to Haiti thinking of effective medical missions in his own backyard: Snohomish County, about 35 miles north of Seattle. At the same time, Keith Erickson, also a family practice physician there, had been thinking about starting a free clinic after living in Tucson, Ariz., where he saw too many people visibly suffering various treatable ailments because they couldn’t afford insurance and healthcare.

Other local Christians got involved, and on June 19, 2009, SHFC opened as a walk-in clinic by borrowing another clinic facility in downtown Stanwood, a small town in Snohomish County. A small group of doctors volunteered their services one Friday a month. On its first night, a line of patients trailed out the door. SHFC extended services to two Friday nights a month, then every Friday, but the list of patients kept growing and doctors saw patients past midnight. Eventually, to avoid burning out the doctors and making patients wait long hours, SHFC switched from a walk-in to an appointment system.

And the needs kept growing. In August 2014, thanks to funds from donors and grants, SHFC rented its own building at a little strip mall in Stanwood. Currently, it offers an appointment-only, same-day clinic twice a week; chronic care clinic by referral twice a month; podiatry, procedure, and respiratory clinics once a month; ultrasound services by referral; and dental care by appointment. Because all the doctors volunteer their time after work, the clinic is open to patients only in the evenings. At the end of visits, lay counselors check in with patients, connect them to whatever resources they need, then offer to pray with them. 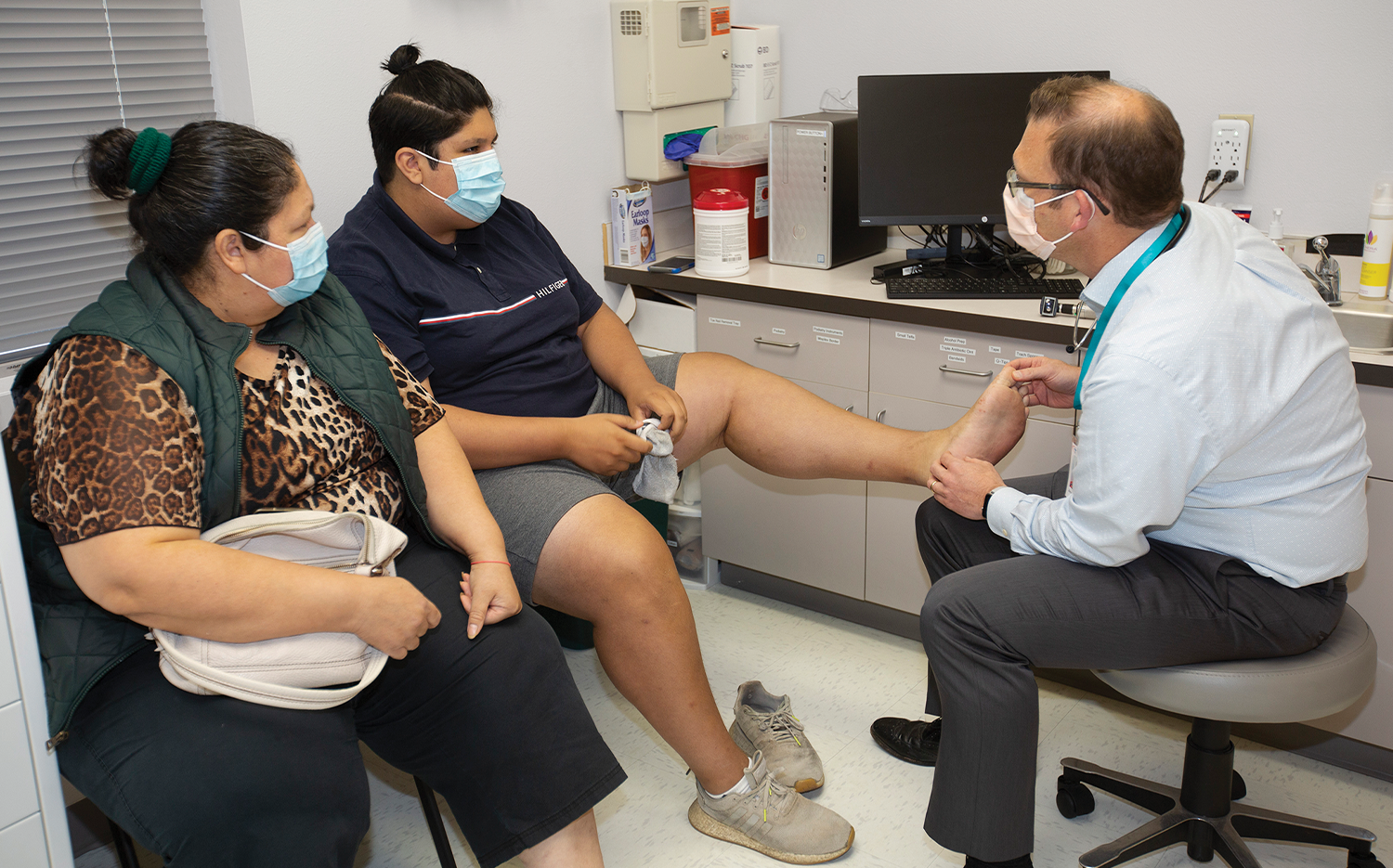 ACCORDING TO INTAKE FORMS at SHFC, the vast majority of patients make less than $2,000 a month. Like Catrina Rains, some make too much to qualify for Medicaid but too little to afford insurance. Some have lost their jobs or had their hours cut because their companies didn’t want to pay for health coverage under the Affordable Care Act. Some don’t have legal status in the United States, working low-paying manual jobs with no benefits. Many have policies enforcing high copays and huge deductibles, so they grit through the pain to avoid visiting the doctor—only to end up there too late.

Erickson said he wasn’t ready for how many patients came to the clinic: “It’s like turning over a rock. I had no idea the need in our own community until we did this work.”

The needs aren’t always financial and medical: Sometimes, people just need guidance in accessing the right healthcare and coverage. Some who come to SHFC actually do qualify for government-funded health coverage but don’t know how to navigate the complicated system. Some don’t have internet access. The staff helps all of them do the paperwork and sign up for the right benefits.

Other times, patients need an advocate: One woman at the chronic care clinic said her husband went to the hospital after having difficulty breathing due to COVID-19. The hospital discharged him when his oxygen levels were still too low, but the couple, whose first language is Spanish, couldn’t understand the discharge papers. They received a bill from the hospital charging them $146,000. The husband had just started a new job and was two days short of his health insurance kicking in. They came to SHFC devastated and terrified, and the staff helped them communicate with the hospital, eventually getting the bill reduced. For the staff, all it took was a few hours of phone calls. For the couple, it was the cost of almost losing their house. 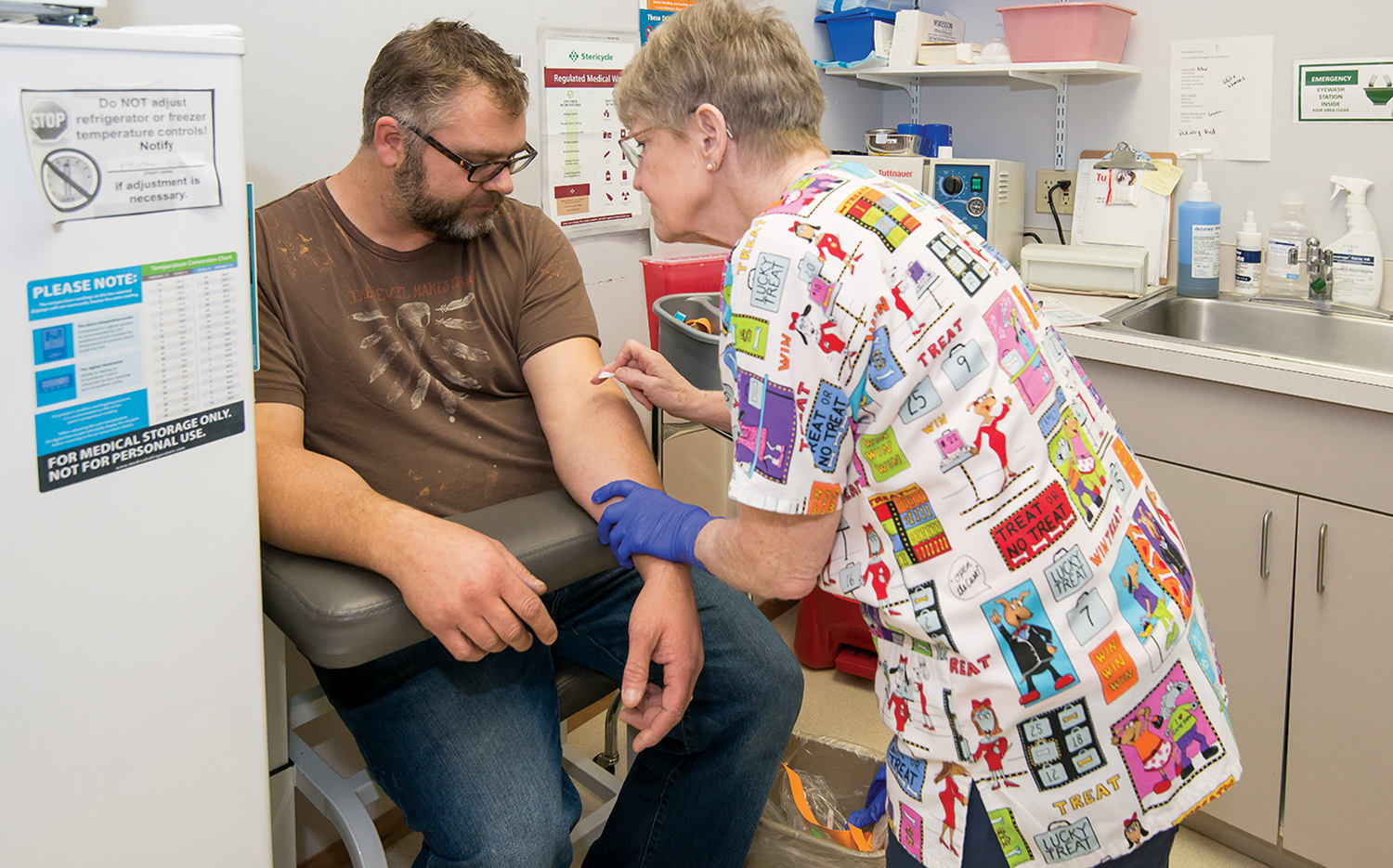 THAT’S ESSENTIALLY WHAT SHFC is about, said executive director Sandy Solis. It can’t fix the broken healthcare system, and it can’t miraculously cure everyone, but her staff and volunteers can show the love of Christ to those in need through free medical care, a gentle smile, and an attentive ear: “I think that is just such a picture of effective compassion. I have a skill, and I’m going to use my skill to show compassion to another person.”

Not all the volunteer doctors are Christians, but all key staff members must profess faith in Christ. Solis said SHFC strives to be a Christian clinic—not just a clinic that has Christian principles with a cross in its logo. That to her means leading SHFC on her knees in prayer, allowing God to open doors, and not moving faster or slower than Him: “Whatever God’s vision is, that’s what we want.” When a grant writer suggested removing “Christ” from SHFC’s mission statement to appeal to more donors, the board refused. “It becomes all Him, which is what’s just so amazing about being in a place like this, where you have that opportunity to pray for your patients and see what God’s going to do in their lives,” Solis said.

Many volunteers say SHFC is the kind of healthcare they once envisioned doing but can’t in a regular hospital setting, where many of the interactions with patients are regulated by profit margins, gaming the insurance system, and checking off as many patients as possible within a given time frame. At SHFC, volunteers spend as much time as they want with each patient, getting to know them human to human and sharing their Christian faith if the opportunity opens. “It feels very freeing,” said one medical assistant who has been volunteering at SHFC for six years.

And people notice something different about SHFC. Myo Yar, a 48-year-old immigrant from Burma, is one. Before he came to the United States in 2017, a friend once told him, “Nothing’s free in America.” Yar said he understood that statement when he arrived at the John F. Kennedy International Airport and had to pay $3 to use the luggage cart.

While working as a sushi chef in Snohomish County, Yar began showing symptoms of diabetes but had no health insurance and didn’t qualify for Medicaid. When Yar arrived at SHFC, the staff greeted him with smiles and took him to a clean, white room. SHFC felt every bit like a professional clinic, yet nobody gave him a bill for his lab work or the doctor’s prescription. “I didn’t need to pay anything at all,” Yar recalled in amazement. “I was so surprised!”

The language and cultural barriers didn’t matter. On an intrinsic level, Yar understood that he had experienced something special at SHFC: “You know the people are helping really from the heart. That is why I’m happy.”

—WORLD has updated this story to correct the number of volunteers in the Moneybox section.