VISITORS GO BACK IN TIME as a huge glass elevator takes them to the bottom floor of the new National Museum of African American History and Culture. The elevator descends 70 feet, but that doesn’t match the somber sinking feeling those who begin exploring the new building in the shadow of the Washington Monument will likely experience.

Starting with the year 1400, galleries teeming with artifacts take guests through the sordid history of the Atlantic slave trade, from slave ship atrocities to the indignity of the auction block. African-Americans slowly rise to freedom as visitors rise through the lower levels of the museum, finishing at Barack Obama’s presidency.

“I, too, am America,” reads a massive Langston Hughes quote on the wall.

The 19th museum of the Smithsonian Institution tells powerful stories of an oft-oppressed race and scores of individuals within it. While the museum has taken criticism for a layout that is sometimes counterintuitive and for omitting key individuals, overall it succeeds in its core mission: confronting an ugly past.

“A great nation does not hide its history,” President George W. Bush, who signed the bill creating the museum, said at the September opening. “It faces its flaws and corrects them.” 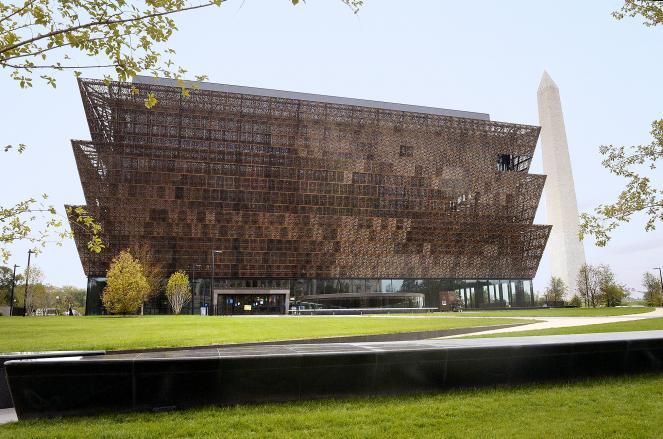 A GROUP OF BLACK CIVIL WAR VETERANS first proposed a national museum for African-Americans in 1915. Various efforts fell flat in the coming decades, even as Congress in 1989 approved construction of the National Museum of the American Indian (it opened in 2004).

Beginning in 1988, Rep. John Lewis, D-Ga., a civil rights leader who marched with Martin Luther King Jr., took up the mantle for African-Americans. In every Congress for 13 years he filed legislation to authorize a museum, but no bill ever made it to the president’s desk—most often due to staunch opposition from late segregationist Sen. Jesse Helms, a Republican from North Carolina.

In 1996 Lewis gained a key ally when Kansas sent Republican Sam Brownback, an outspoken Christian, to the U.S. Senate. After Brownback visited the U.S. Holocaust Memorial Museum, he said he was praying about racial reconciliation when the idea of an African-American museum took root.

“It was an inspiration,” Brownback told me. “I thought: ‘We need to do that with slavery. Have something so striking to people that we’d say, ‘Never again.’”

Bush’s successor, then a state senator from Illinois and later the nation’s first black president, ultimately christened the museum. In keynote remarks at its opening, President Obama called it a necessary museum for all Americans.

Lewis told CBS News he had to hold back tears as he walked through the building for the first time: “So many of the exhibits, so much in this museum, remind me of the struggle that we went through to get legislation passed and get it signed into law.” 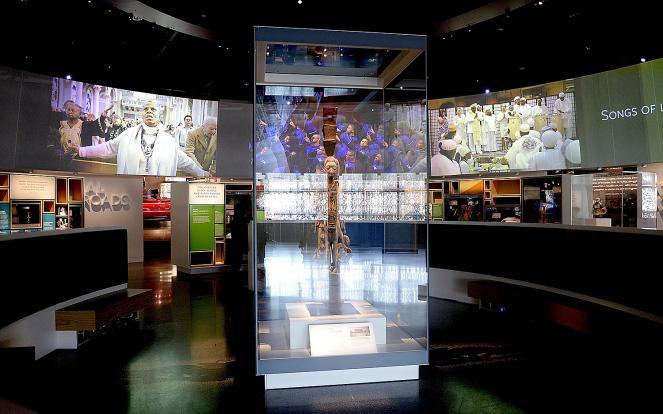 THE MUSEUM HAS AMASSED some 36,000 artifacts—from Muhammad Ali’s training robe to a biplane used to train Tuskegee Airmen—as part of a collection housed in an impressive 409,000-square-foot building (60 percent is underground). Demand for tickets, which are free, has far outstripped availability, though 750,000 persons visited the museum in the first four months.

Visitors step onto a wide-open ground floor featuring a gift shop, tourists posing for photos, and school groups preparing for tours. The atmosphere is festive but grows quieter in the elevator line as crowds make their way down to the slavery history exhibits.

The museum details early political and economic drivers of slavery and the many ways, including “church-sanctioned interpretations of the Bible,” by which Western societies sought to justify the practice. The displays also include many positive references to God, at least one to Jesus, and others to the vital role of faith in the lives of black slaves.

“Something inside told us about God,” one audio exhibit says. “We’d sneak out and have a prayer meetin’. Mama prayed for God to deliver us from slavery.” 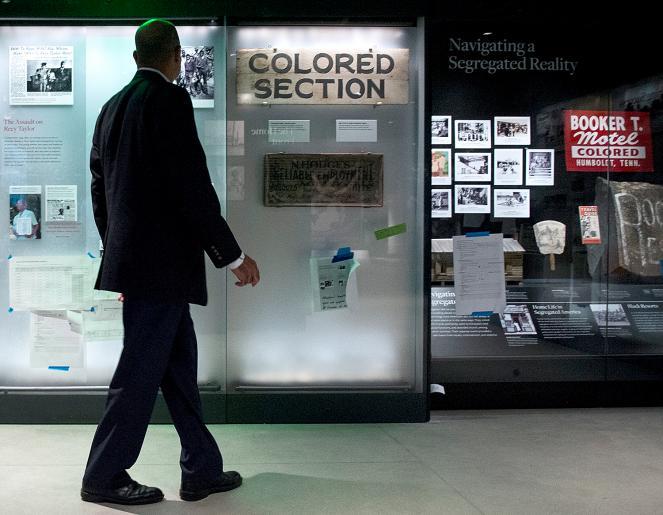 One exhibit features Philadelphia clergyman Absalom Jones’ sermon of thanksgiving on Jan. 1, 1808, the day slavery importation became illegal in the United States. As visitors progress through the Revolutionary War, the Civil War, and then the civil rights movement, exhibits recognize churches as a critical means of community and prime incubators of ideas.

“In every human breast, God has implanted a principle, which we call love of freedom; it is impatient of oppression, and pants for deliverance,” wrote 18th-century poet Phillis Wheatley, whose first-edition book Poems on Various Subjects, Religious and Moral is on display.

The museum recognizes those who fought for black self-determination—an idea that has largely fallen out of favor in recent decades. One exhibit includes a video presentation of the debate between Booker T. Washington, who argued for entrepreneurialism and friendship with prejudiced whites; W.E.B. Du Bois, a co-founder of the NAACP who encouraged protests and activism; and Ida B. Wells, who fought for anti-lynching legislation.

The museum is graphic in places: An unnamed Civil War soldier’s bare back shows a spidery web of whip-inflicted scars, and numerous photos illustrate Ku Klux Klan lynchings. Scores of names are etched in glass—the more than 2,200 known victims of lynching. 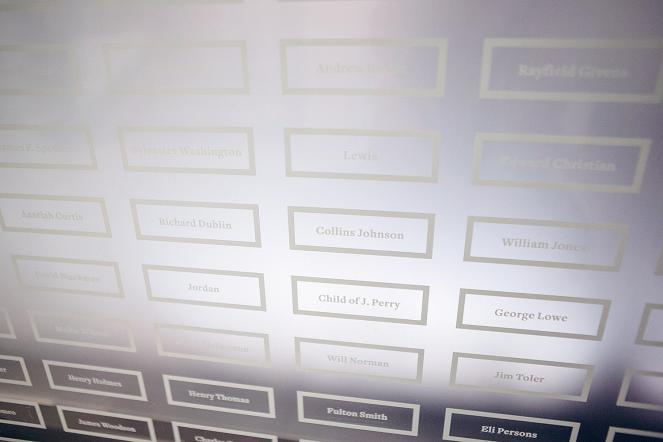 Exhibits highlight two landmark Supreme Court decisions: Plessy v. Ferguson, which upheld segregation, and Brown v. Board of Education, which overturned it. The museum recognizes the young NAACP lawyer who argued the Brown v. Board case, Thurgood Marshall, who later became the nation’s first African-American Supreme Court justice. Visitors can see Marshall’s photo and read his life story and excerpts of his opinions.

Clarence Thomas, the nation’s only other African-American member of the Supreme Court (out of 122 justices), gets no such recognition. A lone reference to the conservative justice appears beneath a large photo of Anita Hill, who accused Thomas of sexual harassment during his confirmation hearing in 1991.

“That’s the only place he’s mentioned,” one black visitor whispered to her companion as she paused at Hill’s photo.

Did that fact bother her?

“No—there is no reason for him to be here,” came the woman’s curt reply.

Many disagree. In December Sen. Tim Scott, R-S.C., the Senate’s only black Republican, wrote a letter to museum leaders applauding the “awe-inspiring” addition to the Smithsonian but lamenting the exclusion of Thomas.

“I was saddened and extremely disappointed to learn that the museum excluded the celebration of one of the nation’s most influential African Americans and preeminent legal minds,” wrote Scott, who urged them to reconsider the omission. 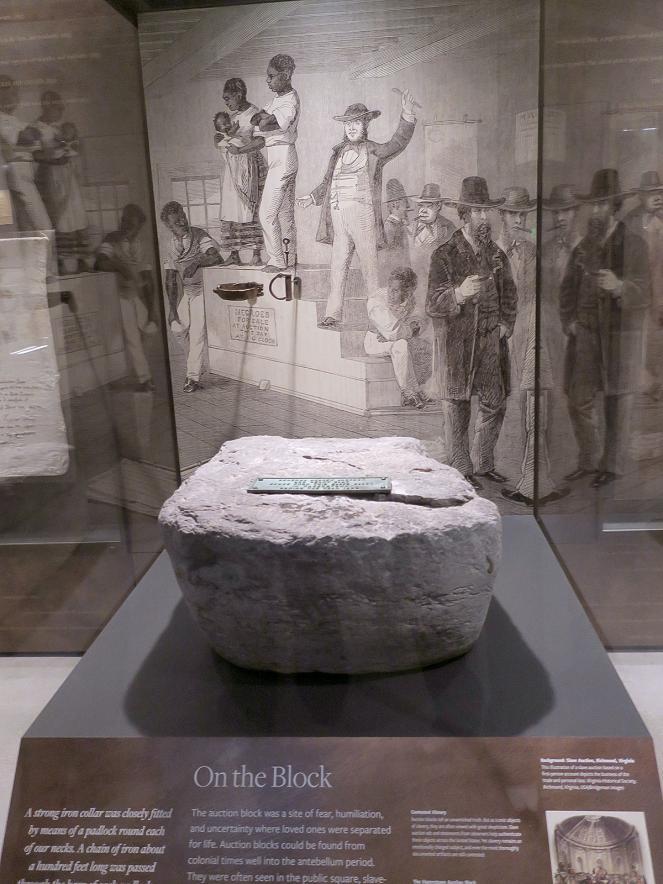 Brownback shares Scott’s disappointment and hopes the museum will include Thomas in a future exhibit. But he says he always saw the museum as an agent of healing—not primarily a tribute to the highest-achieving African- Americans.

“I call it a racial reconciliation museum,” said Brownback, who wants it to be a “stark reminder” of the wrongs government once committed through official policy. He said visitors should walk through it with tears: “My hope is that the tears would be tears of cleansing, so that you would move forward with reconciliation in your own life.”

Not going to D.C. anytime soon? You can explore the museum’s digital archives online at nmaahc.si.edu/explore/collection. Many cataloged items are not displayed at the physical location, so museum staff considers the digital archives a vital part of the overall experience.

The National Museum of African American History and Culture has no artifacts from famed civil rights leader Martin Luther King Jr. due to the same roadblock historians and media have faced for decades: King’s three living children, Dexter, Bernice, and Martin Luther King III, have taken each other to court numerous times and maintain strict control over their father’s estate, charging what some say are exorbitant licensing fees for access to items such as King’s Bible and 1964 Nobel Peace Prize. (The nonprofit that built the monument in King’s likeness on the National Mall paid $800,000, according to The Washington Post.) The museum reportedly has not asked to borrow King items because it is seeking only items that can remain on permanent display. 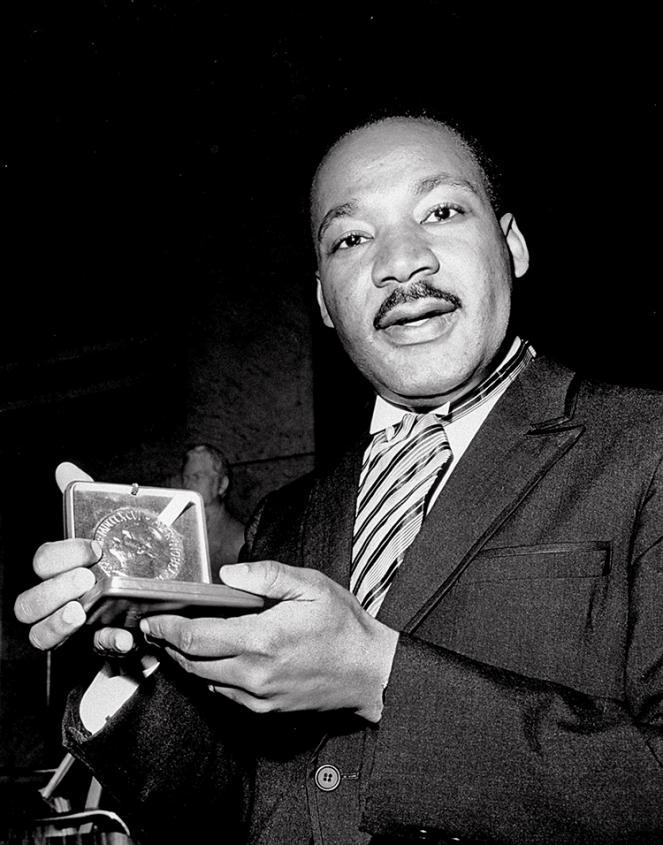