Floyd came to Minneapolis to find work, but his death in police custody has fueled riots across the country

People gather at a memorial mural painted outside the Cup Foods store on Chicago Avenue in south Minneapolis where George Floyd died at the hands of police. Brian Peterson/Star Tribune via AP

The little gold car sat stuck in the middle of Hennepin Avenue in the heart of south Minneapolis as the woman behind the wheel frantically tried to restart the engine. The driver of the car behind her noticed, unbuckled his seat belt, got out of the car, approached the woman, and offered help. He and a buddy pushed the car to the side of the road, helped the stranded driver get her belongings, then took her to her destination.

Wallace White recalls that 2018 day because he was the buddy in the car. George Floyd, a black man whose death has sparked protests and riots around the country, was the driver who helped the woman.

“He was a gentle giant. Everybody loved him,” White said of Floyd. They became friends while completing a 90-day drug treatment program, Turning Point.

A bystander’s video captured Floyd’s death in Minneapolis Monday. Police said they suspected him of using a fake $20 bill at a nearby grocery store and arrested him. Officers tried to put Floyd, 46, in a police car when he fell to the ground, saying he was claustrophobic, according to a criminal complaint. A white officer pressed his knee into the back of Floyd’s neck and held it there for more than eight minutes. Police had already handcuffed him and put him face-down on the ground. In the video, Floyd repeatedly says, “Please ... I can’t breathe.” He lost consciousness and later died.

On Tuesday, the Minneapolis Police Department fired Derek Chauvin, the officer who held his knee to Floyd’s neck, and three other officers who arrested Floyd. Prosecutors charged Chauvin with third-degree murder and manslaughter Friday. More charges may come. 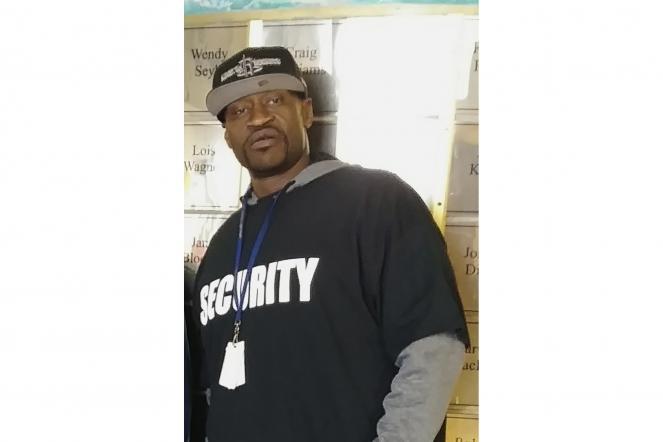 Floyd had previously left prison after a 2009 armed robbery conviction and several previous arrests. But those who knew Floyd say he had turned his life around.

Floyd moved from Houston to Minnesota with a Christian work program. He wanted to attain certification as a truck driver and complete drug rehab, where he met White. Over the years, he worked several jobs in Minnesota—as a Salvation Army security guard at Harbor Lights Center, as a truck driver, and in security at Conga Latin Bistro. He lost that job when the restaurant shut down because of COVID-19.

White says Floyd was about to start working with him at Men Against Destruction—Defending Against Drugs and Social Disorder (MAD DADS)—in an outreach job like White’s: teaching safety skills for the coronavirus pandemic and signing people up for job training, housing help, and mentoring.

Floyd met the president of the Minneapolis MAD DADS chapter when he volunteered there to help feed the homeless. White expected to see Floyd last Sunday for an event he’d signed up for at MAD DADS, but Floyd didn’t show up. The next day, Floyd died.

In Houston, before moving to Minnesota, Floyd got involved with Resurrection Church in the Third Ward, a historically black area known for social activism.

At the time, Justin Bouldin, now a pastor in Sanford, N.C., was completing an 18-month church-planting residency with Resurrection Church in Houston. He met Floyd in August 2015 at a 3-on-3 basketball tournament Resurrection hosted. Floyd had already been helping the church for years in his neighborhood, trying to be a bridge to the ward’s housing project known as “the Bricks.”

Bouldin sat down next to the 6-foot, 6-inch Floyd—a former high school and college athlete—and introduced himself. He soon realized “Big Floyd” was one of the keys to accessing the neighborhood: “He was what we call in the church ‘a person of peace’ ... He was that guy who gave them that all-access pass to the neighborhood.”

Floyd often helped at the church: He set out chairs, unloaded equipment, and lugged the baptistry trough to the yard and filled it with water. Bouldin remembers Floyd saying about the church and its outreach: “We need more of this here ... especially for the youth, man, like real bad.”

Bouldin saw Floyd form deep relationships with church leaders and encourage others in his neighborhood: “There was evidence of God working in his life ... He had a genuine, authentic desire to follow Jesus in his everyday life and was trying to figure out how to do that.”

Ronnie Lillard, a Christian rapper performing under the name Reconcile, talked about Floyd during a livestreamed discussion Friday from Legacy Disciple, a Christian ministry. Lillard said he has hope for the future of race relations: “I pray his death would not be in vain.”

P.T. Ngwolo, Floyd’s former pastor in Houston, agreed: “[Floyd] has an influence even now to bring people to Christ ... We can’t love God without loving our neighbor.” 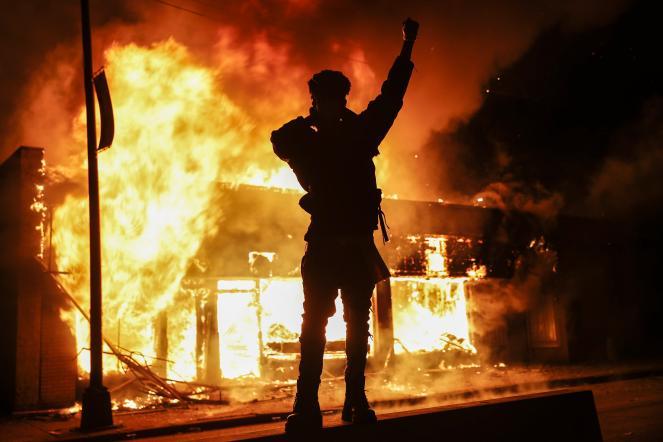 A demonstrator stands beside a fire at a building that was once a check cashing business Saturday in St. Paul, Minn. AP Photo/John Minchillo

Many residents walked somberly through the neighborhoods Saturday morning. Some carried brooms and tried to clear sidewalks after nights of violent protests. One small, white-haired woman with pale, vein-streaked legs bent over to pick up glass shards with oversized leather gloves. She looked up and shook her head. A dark-haired woman with tattoo-lined arms stood in front of a library and cried. She turned to bury her head into her boyfriend’s neck. On another street, a protester held his cell phone high while he cursed and taunted the line of armed police. A stinking haze of smoke wafted over it all.

Bouldin said the violent riots in Minnesota and elsewhere don’t honor Floyd, though he understands people’s anger. He hopes they trigger more discussions about racial tensions: “God looks at every one of us with eternal value ... He’s tapped us with carrying the message that there’s hope in Jesus.”