Bible exegesis from a Jewish perspective

I’ve known of Dennis Prager as a columnist, radio talk show host, and popular speaker, but not until reading his Genesis: God, Creation, and Destruction (Regnery, 2019) did I see that he’s a lucid Bible exegete from a Jewish perspective. The book could be promoted with a 1980s Raisin Bran ad: Two scoops of insights in every chapter.

Judaism’s High Holy Days (Rosh Hashana and Yom Kippur) begin at sunset on Sept. 6 and 15. In honor of our Jewish brothers and sisters, here are some Prager raisins:

› “Male and female He created them” emphasizes that the only vital distinction among human beings is the one God makes: male and female.

› God says we should be fruitful and multiply, but secular people “look to enjoy the only world they believe exists: the material world.” Many fear that children will reduce personal consumption.

› Lamech’s boast that he will retaliate 77 times for any offense shows that “an eye for an eye,” limiting retaliation to 1-for-1, was a moral improvement.

› “By stating Noah was righteous ‘in his age,’ the Torah makes it clear we are to judge people by the standards of their age, not the standards of our age.” That’s worth remembering at a time when we change the names of schools if the individuals so honored don’t fit contemporary likes.

› When God scattered the Tower of Babel builders, “they stopped building the city.” Urban life can bring anonymity, “and when people are anonymous, they feel less moral obligation to their neighbors—who are also likely to be anonymous.”

› In Genesis 15, “the notion of a covenant between God and man was revolutionary because all other cultures and religions believed that the gods acted capriciously and that the world was therefore completely erratic and unpredictable.”

› Abraham serves meat and milk together: “The Torah’s repeated recounting of Jews engaged in practices that violate later Jewish law actually confirms traditional beliefs about the veracity and age of the Torah. … That Jacob married sisters is one more argument for the antiquity of the Torah. Later Torah law prohibited this practice.”

› “Every family described in the book of Genesis is what we would today call ‘dysfunctional.’”

My column in this issue notes some limitations of Prager’s perspective. 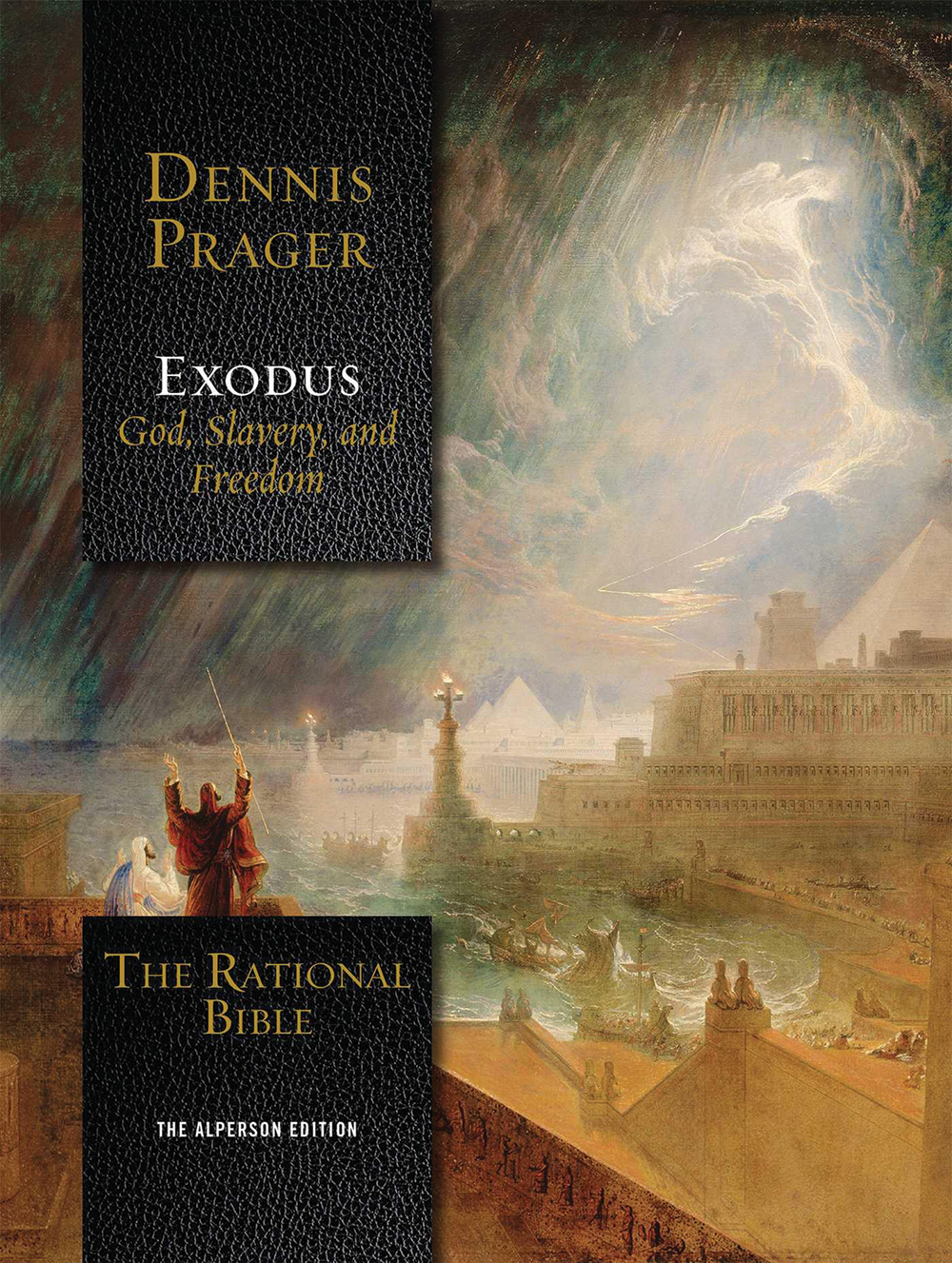 Dennis Prager’s Exodus: God, Slavery, and Freedom (Regnery, 2018) also has challenging insights. He notes that the midwives in Chapter 1 feared God, and “fear of God is a liberating emotion, freeing one from a disabling fear of evil, powerful people”—yet some portray fear of God as “onerous rather than liberating.” On the midwives’ decision to lie to Pharaoh, Prager writes, “We are not only permitted, but morally obligated, to lie to the evil in order to save ourselves and other innocents.”

Prager’s fauna and flora notes are interesting: In the promised land of milk and honey, the milk would come from goats, not cows, and the sweetness would come from syrup dates, not honey produced by bees. When God turned Moses’ staff into a snake and commanded him to grab it by its tail, He was testing Moses’ faith: The old shepherd knew a snake should be held by the neck to prevent it from striking, so he was taking a risk in obeying God’s command. —M.O.