Spider-Man: No Way Home delivers something fresh steeped in nostalgia

Spider-Man: No Way Home has turned out to be quite the Christmas present for the beleaguered movie industry. In its first weekend, the film raked in $260 million domestically and another $340 million in overseas markets, shattering pandemic-era records and making it the second-biggest opening ever, behind Avengers: End Game.

This was the movie that fans were clamoring to see, but No Way Home almost didn’t happen.

Two years ago, Disney and Sony couldn’t come to terms over what to do with Spider-­Man in the Marvel Cinematic Universe (MCU). Disney owns Marvel, but Sony currently owns the film rights to the Spider-Man character, and it looked like Spider-Man: Far From Home, which came out in 2019, might be the last joint project between the studios. Fans panicked because that movie ended on a cliffhanger, but Disney and Sony eventually put their differences aside, giving us this latest Spider-Man movie. Even though No Way Home is set in Disney’s MCU, this movie manages to feel more like a love letter to fans of Sony’s Spider-Man legacy. Most importantly, it resolves the previous installment’s cliffhanger.

At the end of Far From Home, the world discovered Spider-Man’s secret identity, and the revelation brought endless trouble to teenage Peter Parker, once again played by boy-next-door Tom Holland. Half the world thinks Peter’s a hero. The other half thinks he’s a menace. He’s worried about his new situation, but he’s even more worried about his friends and family. (Marisa Tomei is back as Peter’s Aunt May, and Zendaya and Jacob Batalon reprise their roles as Peter’s friends MJ and Ned.)

Hoping to straighten out his mess, Peter seeks help from fellow Avenger Doctor Strange (Benedict Cumberbatch). Strange tells Peter he can cast a spell that will cause the whole world to forget Peter Parker is Spider-Man. Peter agrees, but after second thoughts he causes the spell to go wrong. The botched spell causes Spider-Man villains from outside the MCU to get sucked into that universe’s story. Doctor Strange warns Peter, “The multiverse is a concept about which we know frighteningly little,” but Spider-Man fans are pretty familiar with the idea. 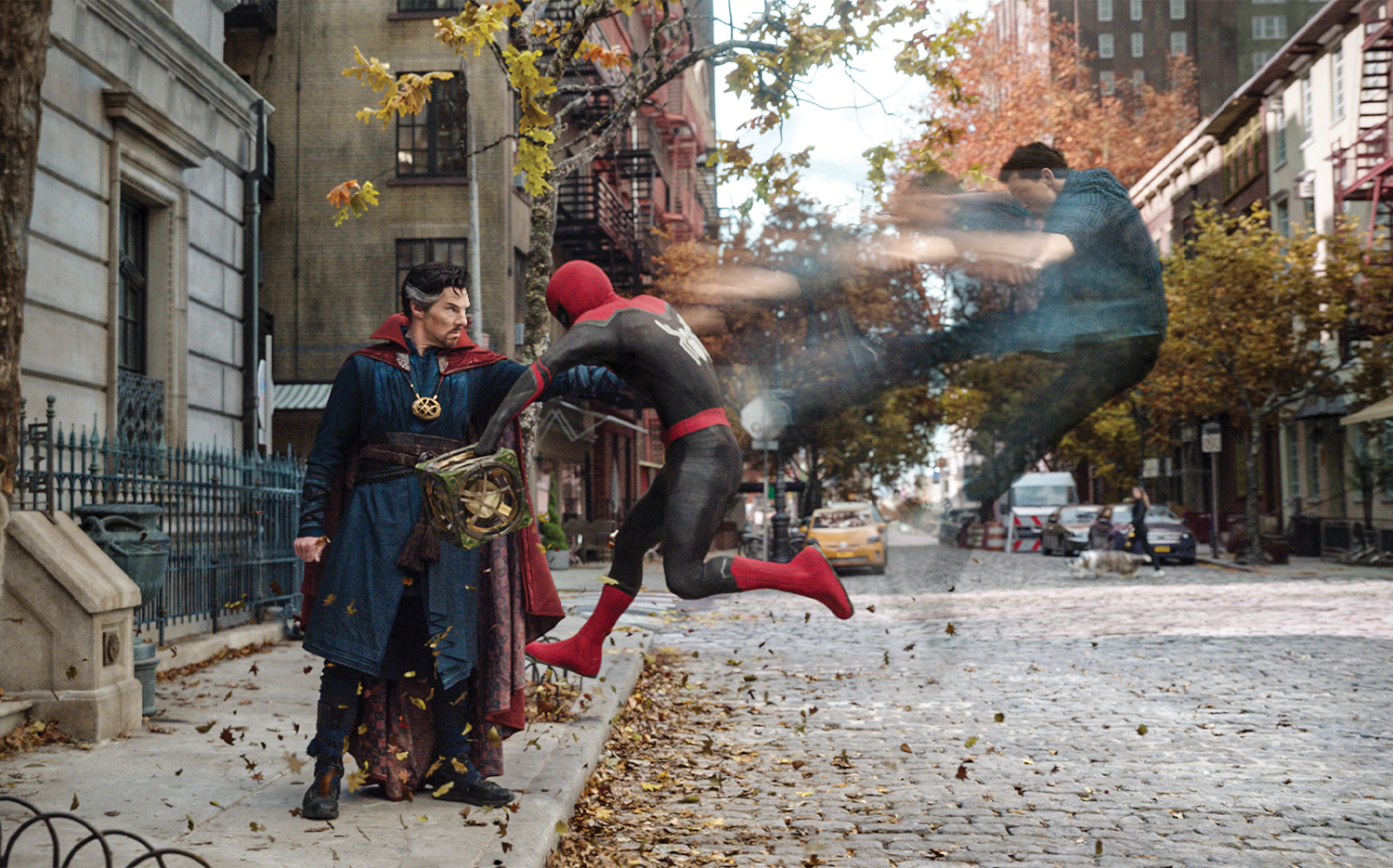 I don’t want to spoil all the surprises, but director Jon Watts hits some satisfying nostalgic notes in this, his third, Spider-­Man film. The fantastic Alfred Molina is back as Doctor Octopus, and we also get to see Willem Defoe again as Green Goblin. Both appeared in Sam Raimi’s excellent Spider-Man films from almost 20 years ago, but seeing them play off Tom Holland’s version of the web-slinger feels fun and fresh. You won’t get lost if you haven’t seen all Sony’s previous Spider-Man movies, but there’s a good chance you’ll want to go back and watch some of them.

Spider-Man: No Way Home is rated PG-13 for some language, superhero action, and brief suggestive comments, but the movie’s got a lot of heart. Peter and his friends MJ and Ned are possibly the most likable characters in any superhero franchise, but this movie ups the stakes with some surprising themes. We see sometimes virtue isn’t rewarded. Sometimes doing the right thing doesn’t guarantee a good outcome, but we’re reminded we should do the right thing anyway. Audiences have become accustomed to seeing superheroes save people through self-sacrifice, but Spider-Man: No Way Home puts a new and powerful spin on that idea. We don’t often see an action movie explore the command to “turn the other cheek.”

All the choices Peter faces throughout the movie boil down to whether he’s going to put others before himself. Disney and Sony seem to have taken that message to heart and decided to put fans before their franchise feuding. The studios have already announced they’re developing new films in the series, and that’s good news because I can’t wait to see what the next chapter holds for Tom Holland’s Peter Parker.