Darwin’s House of Cards (Discovery) by Tom Bethell is not the hurricane that will collapse the evolution empire, but it’s a gusty and gutsy look at a dogma edging beyond its sell-by date—and that makes it our Book of the Year for exploring the origins of the world and of life. Today’s progressives aren’t progressive: They are defending mid-19th-century scientific understanding. As Bethell writes: “Darwin and his contemporaries had no way of knowing just how complex a cell is. Today it is sometimes compared to a high-tech factory. But a cell is far more complex than that. For one thing, factories can’t replicate themselves.”

Bethell punctures Darwin defender Kenneth Miller’s “God of the gaps” critique, which some theistic evolutionists have mimicked. Miller sneers that “as humans began to find material explanations for ordinary events, the gods broke into retreat.” He skewers creationists for their faith in God’s action and their refusal to give up on finding theistic explanations. But the retreat is going the other way these days: Darwinists lack adequate materialist explanations, so Miller requests faith in “scientific progress” and says we should not assume “that science will never come up with” an explanation.

This “science of the gaps” attempt to bulwark a crumbling structure gives Bethell plenty of opportunity to point out inanities. In chapter after chapter he reports the disappointments of those who put their trust in material things changing human nature or transcending it, as proselytizers for artificial intelligence (AI) propose. Bethell shows how Darwinists offer bait-and-switches—moths in England changing color, finches developing larger beaks—that depend on listeners not understanding the difference between microevolution (changes within kinds that happen all the time) and macroevolution, where a creature truly new and different emerges. 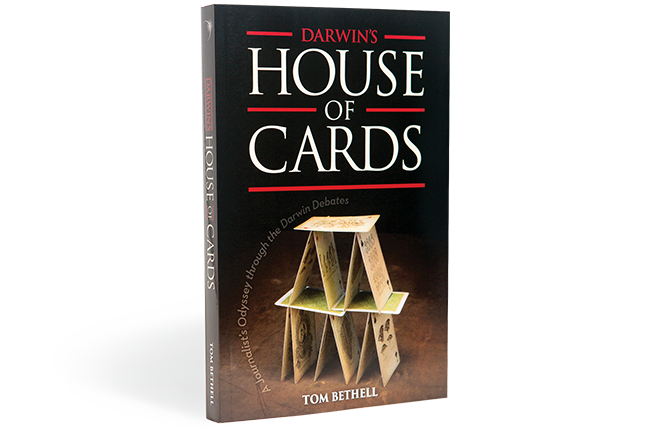 The overarching bait-and-switch may be the distinction some scientists make between methodological naturalism (MN) and philosophical naturalism (PN). Darwinians often offer MN to Christian students and peers: You can be a philosophical non-naturalist on Sunday morning, but when you do science, you must only keep in mind naturalistic factors and offer naturalistic explanations. That’s a recipe for getting things wrong: If researchers refuse to consider the role of God in creating and sustaining the universe, they will of course pay no attention to the evidence that supports God’s role.

Evolutionary thinking has underscored the yearning of Ray Kurzweil and other members of the “Kurzweil cult” for “strong AI,” machines with creativity and reproductivity like that of their human creators, but intelligence far greater. That’s malarkey, because as time goes by a kiss will still be a kiss, but a machine will still be a machine. In the mid-19th century leading intellectuals dropped faith in God and substituted faith in human-driven Progress, but that honeymoon is long gone.

Bethell concludes that “the science of Darwinism amounts to little more than the ‘wedding’ of materialism and Progress. We have seen that if materialism is true, then Darwinism—or something very much like it—must also be true. But materialism is highly implausible and has been widely challenged. At the same time it only takes one partner to break up a marriage, and as we now know, Progress has wandered off the straight and narrow. As a result, the break-up of Darwinism seems likely in the years ahead.” 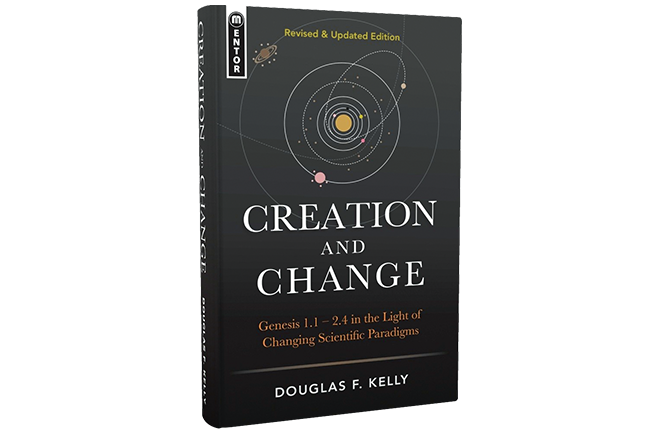 Douglas F. Kelly’s Creation and Change came out two decades ago, so it’s not eligible for Origins Book of the Year consideration, but the revised and updated edition published this year by Mentor deserves a place in church, school, and personal libraries. Kelly, professor of theology emeritus at Reformed Theological Seminary, brings careful exegesis to Genesis 1:1 to 2:4 and a young-earth perspective to developments of the past two decades concerning analysis of fossils, the age of the world, the speed of light, the human genome, and other crucial matters. —M.O.

This 962-page book edited by J.P. Moreland, Stephen Meyer, Christopher Shaw, Ann Gauger, and Wayne Grudem is a tremendous achievement. Its bulk and $60 list price will overawe typical readers, but it’s a must-read for pastors and professors taken in by the well-funded BioLogos campaign to sell macroevolution to Christians. Thoughtful chapters by scholars and scientists show that Neo-Darwinism fails scientifically, with neither the fossil record nor genetics undermining the first two chapters of Genesis. Transitional ape-to-human fossils remain conspicuous by their absence, and humans and chimpanzees are not similar at the genetic level. We cannot worship both God and current science dogma.

Darwin’s House of Cards is a good gift for someone who already sees the weaknesses of macroevolution. Purpose & Desire is perfect for a Darwinist just starting to wonder whether he’s pledged allegiance to the modern version of the geocentric solar system: Hmm, the new data undermine it, but add an epicycle here, a few fixes there, and some tweaks on the fixes, maybe that will work. J. Scott Turner explains homeostasis, the incredible resiliency of living things seeking equilibrium, and raises questions about our essence with a measured tone that will entice scientific materialists to look in the mirror and wonder what they’re missing.

Jonathan Wells has fun zinging Darwinists in Zombie Science. If you’ve fallen for tree-of-life charts, embryo drawings that make us start off looking like little animals, or lectures on how eyes slowly evolved and how “god” (if there was one) botched the job, you’ve fallen for zombie science. The same goes if you applauded science illuminati who waxed on about “junk DNA” and thought “vestigial organs” had no purpose. Wells shows that much contemporary science teaching isn’t merely innocent error, because discredited evolutionary ideas keep coming back.

Four Views on Creation, Evolution, and Intelligent Design gives Ken Ham (young-earth creation), Hugh Ross (old-earth creation), Deborah Haarsma (theistic evolution), and Stephen Meyer (intelligent design) the opportunity to put their best feet forward, have the other three participants step on them, and then kick back, gently. The format works, and the result is a lively discussion that shows the sharp differences among the various positions. Editor J.B. Stump works for BioLogos but played fair and hopes the book will be “a first step that leads to some in-person interaction” down the road. 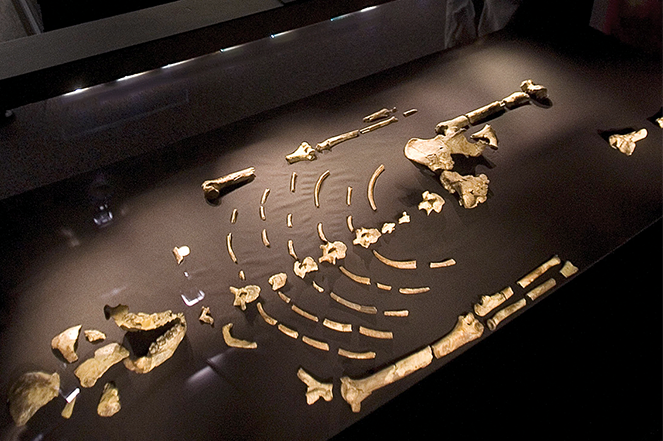 The fossilized remains of “Lucy” on display at the Houston Museum of Natural Science. Dave Einsel/Getty Images

Old-Earth or Evolutionary Creation? (InterVarsity) is a record of dialogues between Reasons to Believe (RTB) and BioLogos leaders and staffers. I’m noting but not recommending it because it leaves out of the discussion young-earth and intelligent design adherents who deserve the place at the table that Zondervan’s Four Views gives them.

BioLogos President Deborah Haarsma says she and her associates “adhere to core Christian commitments,” but it’s not clear how they can do that and read as myth the early chapters of Genesis. (The historicity of those was a core Christian commitment for Jesus and Paul, and RTB’s Kenneth Samples notes eight different chapters of the Bible that treat Adam and Eve as real individuals.) While BioLogos asserts that fossils show the human lineage from apes, RTB shows how discoverers of a few scattered bones hype their work: Poster girl “Lucy” was apparently misclassified and may actually be a guy. —M.O.

Please read the next section in our 2017 Books of the Year issue: “Backward advantage”