Foibles of the gods

Thor: Love and Thunder is a zany rom-com and sci-fi mashup in which a polytheistic universe clashes with the problem of evil

Five years ago, director Taika Waititi gave the ponderously self-important superhero Thor a jolt of fun with Thor: Ragnarok. This year, he revisits the franchise with Thor: Love and Thunder. Chris Hemsworth returns as Thor, and the movie boasts a host of Oscar winners. Besides Waititi, who also voices Thor’s sidekick Korg, we see Natalie Portman as Jane Foster, Christian Bale as Gorr the God Butcher, and Russell Crowe as the Greek god Zeus. The movie doesn’t reach the same heights as Ragnarok, but everyone on the screen obviously had fun in this ’80s-rock-inspired joyride that adds a little spark to the struggling Marvel Cinematic Universe.

In the aftermath of Avengers: Endgame, Thor finds himself adrift. He’s become a wandering space Viking, questioning whether he has a larger purpose. Answering a distress call, Thor learns of a new villain threatening the universe. Gorr the God Butcher has begun a quest to kill all the so-called gods of the Marvel universe. Shocked out of his navel-gazing, Thor heads back to Earth to check on his fellow Asgardians who have indeed become targets of Gorr, but he’s surprised by what he finds there.

His ex-girlfriend Jane Foster is not only living in New Asgard, but she’s also become a superhero in her own right, wielding Thor’s old hammer Mjölnir, which he lost at the beginning of Ragnarok. Jane calls herself the Mighty Thor, and the original Thor has a lot to process. 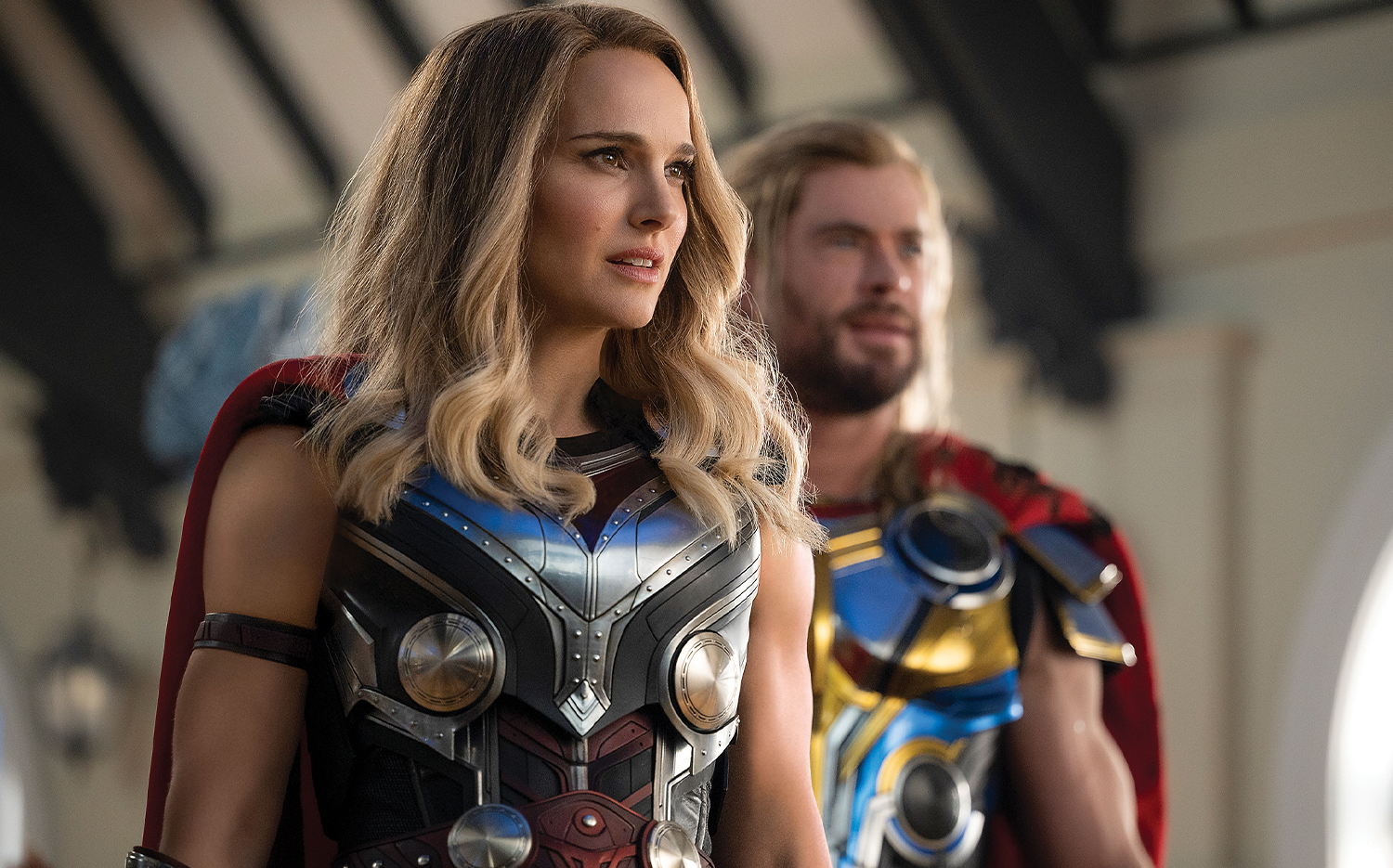 Watching Thor and Jane navigate their complex emotions after so many years apart provides most of the entertainment value. Despite being a movie about magic hammers and space gods, Thor: Love and Thunder is a very funny film in which we see Thor wrestle with very human problems. He’s been searching for purpose and acceptance, and he discovers what he needs is love. But finding it isn’t easy. Instead, Thor ends up in an amusing love triangle with his ex-girlfriend and his magic hammer.

But despite the jokes and romance, this is a superhero adventure in which villains must be vanquished. Gorr the God Butcher is one of Marvel’s better villains because he’s both scary and sympathetic. The best MCU villains don’t think they’re the bad guys, and when they justify their misguided deeds, viewers think, “Well, they have a point.” Gorr has suffered greatly, and he ponders the classic problem of evil: If the gods are good and the gods are powerful, then why do bad things happen? Gorr concludes the gods must not be good.

There’s no sex in the movie, but Thor: Love and Thunder is rated PG-13 for sci-fi action, language, suggestive talk, and a scene in which Thor’s bare backside is played for laughs. There’s also a longish scene in which characters talk about past same-sex romances. The scene feels tacked on so Marvel can check the LGBT-representation box. We also learn Korg’s alien species doesn’t have women—despite his mention of a mother in a previous movie—which somehow makes the entire species gay men.

Sometimes the movie swings too wildly from its jokey side to its serious side, and there are points in which the dialogue borders on cliché. But Marvel fans who enjoyed Ragnarok will also enjoy Love and Thunder. It’s a zany mashup of romantic comedy and sci-fi adventure that reinforces the ideals of love and self-sacrifice while asking how we’ll respond to tragedy when the petty gods we put our trust in fail us.