Finding Jesus after the Summer of Love

SAN FRANCISCO—This year marks the 50th anniversary of San Francisco’s 1967 Summer of Love—a summer that quickly turned into a winter of discontent, rife with drug overdoses, sexually transmitted diseases, and other miseries. The deteriorating Haight-Ashbury scene proved fertile ground for the Jesus Movement, as disillusioned hippies professed faith in Christ. Many, now old, remember those weird and wonderful days.

In 1966, Rick Sacks was 18, fresh out of the Army, and disgusted with the Vietnam War. He left behind his wealthy Jewish family in Boston and moved to San Francisco “with a whole lot of dreams about a new society.” He spent his days listening to spiritual gurus, feeding people in Golden Gate Park, working for a Haight-Ashbury free store, and “sharing” psychedelic drugs. But he was discouraged: “I couldn’t find a way past the selfishness and greed.”

At a storefront Christian coffeehouse serving soup, doughnuts, and the New Testament, two “straight-looking” men in bow ties told a barefoot Sacks about Jesus. He knelt on a piano bench and asked Jesus to forgive his past and give him a new future. Soon he was telling his friends about his faith. 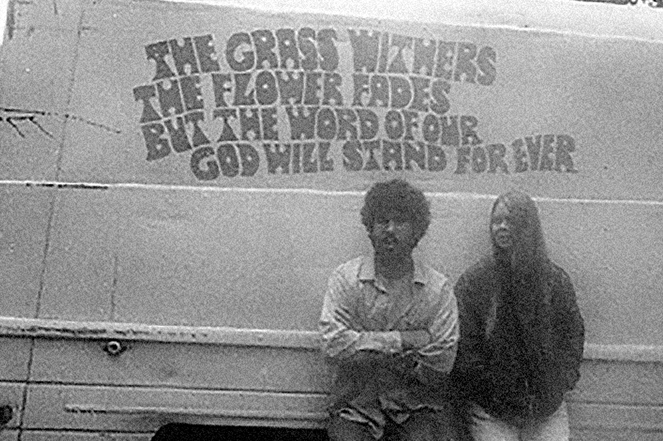 Rick and Megan Sacks and the van where they lived around 1969, in Sausalito, Calif. Handout

Ted Wise was a drug-using sailmaker who said he encountered Christ during an LSD trip. After his conversion, he began attending Mill Valley Baptist Church, where his wife and two children already went. He invited Rick Sacks and other hippies to come. Although some conservative congregants didn’t like the hippies, the Baptist pastor took this growing group of converts under his wing.

Other San Francisco pastors created the nonprofit Evangelical Concerns to support a coffeehouse ministry and disciple the hippies. WORLD senior writer Ed Plowman, 86, one of the participating pastors, remembers: “We wanted to see the counterculture come to Christ. They were rebels off the street … drinking coffee and smoking bongs.”

Shoe salesman and seminary student Kent Philpott, then 25, was listening in the car to Scott McKenzie’s “San Francisco (Be Sure to Wear Flowers in Your Hair)” when he says God said to him, Go to the hippies in San Francisco. 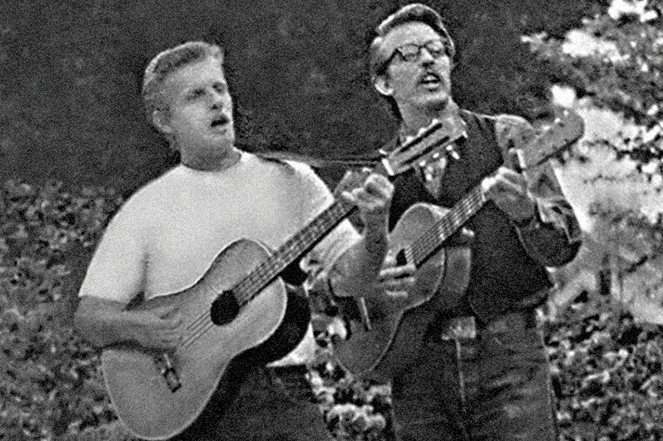 The following night, the straight-laced Baptist wandered the Haight-Ashbury neighborhood and met David Hoyt, a Hare Krishna devotee fresh out of prison for smuggling drugs. Philpott talked to him about Christ, and the two began to meet once a week—first in a utility closet, then in the basement of the Krishna temple where Hoyt lived. They drank tea, read the Bible, and talked. Others joined. Philpott enlisted a professor and another student to accompany him on his daily forays into Haight-Ashbury.

In Novato, Calif., 30 miles north of San Francisco, Sacks, the Wises, and a few other couples formed a commune they called the “House of Acts.” Sacks recalls spending the days working odd jobs and witnessing in Haight-Ashbury, then hitchhiking or driving back to the house with carloads of hippies. The women would “dumpster dive” for ingredients to make pots of soup large enough to feed everyone. They read Scripture and sang praise songs, sometimes using pots, pans, and wooden spoons as instruments. During one Tuesday night Bible study, Sacks married Megan (they’ve now been married 50 years). 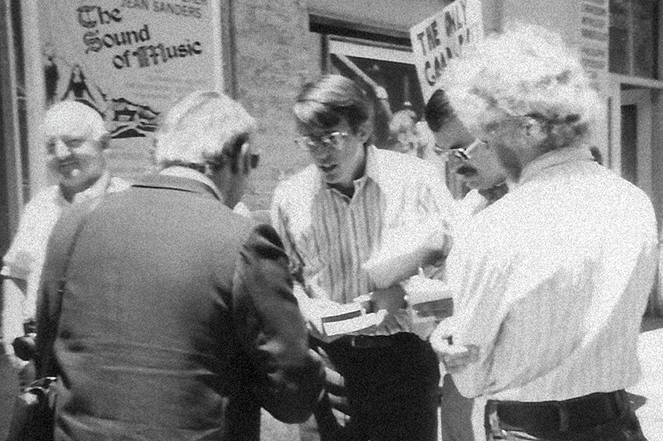 Philpott (center) at a 1971 demonstration in San Francisco. Handout

The “House of Acts” commune lasted for over a year. By then, the Jesus People movement had spread to Southern California and other pockets around the country, even catching media attention. When reporters showed up at the commune, Sacks thought it was a joke: “We were reaching celebrity status from people we didn’t even want to know us. What mattered to us was that people’s lives were changing. … Our lives were changing.” Ted Wise, who died in 2014, said in 1997, “It wasn’t a movement when it began. People just thought we were on a Christ trip.”

Fifty years later, Kent Philpott, 75, pastors the Mill Valley Baptist Church that many of the hippies once attended. He keeps in touch with many of the original converts. In recent years, he says, people are “coming out of the woodwork” and talking about their experiences: “Despite some major struggles, many of them continue to follow Jesus.”