A child gets a malaria vaccination in Yala, Kenya. Brian Ongoro/AFP via Getty Images

The World Health Organization’s recent decision to recommend a malaria vaccine marks a milestone in the fight against the parasitic disease. The vaccine targets the parasite Plasmodium falciparum, the leading cause of malaria in Africa, where 94 percent of malaria cases occur. It does not protect against other Plasmodium malarial parasites and would therefore be less useful where they predominate.

RTS,S—the unusual name for the vaccine, developed by GlaxoSmithKline (GSK) and the Walter Reed Army Institute of Research—has reached this point slowly: Its origin dates to 1987, and the phase II trials alone spanned 13 years. Researchers needed massive studies to prove benefit because compared to vaccines with dramatic protection rates (as with Moderna’s 96 percent efficacy against COVID-19), RTS,S only provides roughly 30 percent efficacy.

That protection also fades quickly, and researchers wanted to find out whether patients benefit in the long term or are simply delaying their battles with malaria. Hindering the vaccine’s progress was the lack of funding that often characterizes research into diseases in the developing world. GSK estimates that it has spent about $550 million to develop RTS,S and bring it to market, whereas Pfizer estimates it spent close to $1 billion in less than one year developing its COVID-19 vaccine. 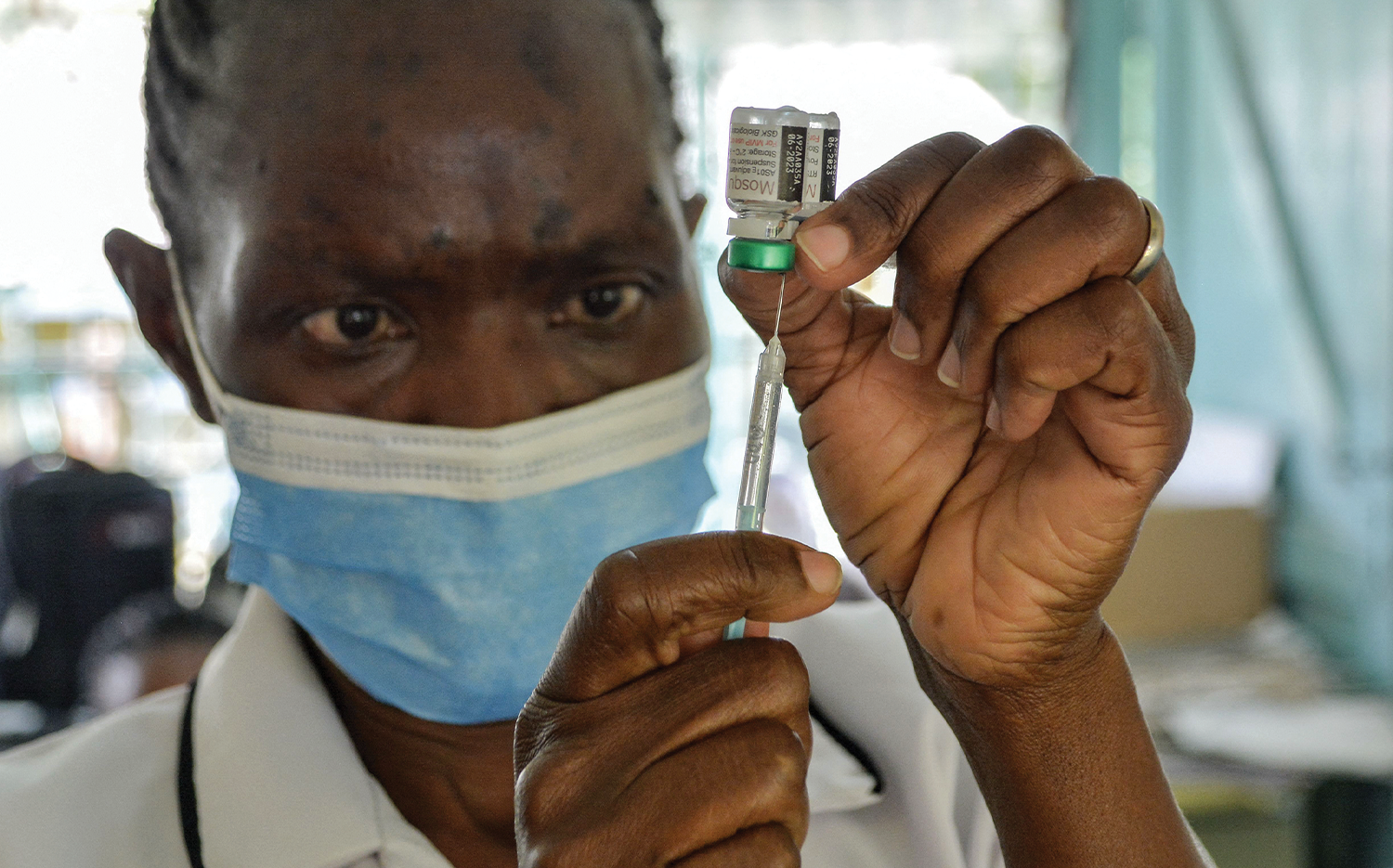 RTS,S’ low efficacy, coupled with a 5 percent chance of febrile seizures in children who receive it, has raised questions. What level of success justifies a widespread vaccine rollout? Conversely, at what point do researchers say a small-but-finite benefit just isn’t worth it? WHO has reasoned that malaria remains a scourge in the developing world, and reducing the 409,000 deaths it caused in 2019 by even a small percentage could have a major effect.

But does it? Logic would seem to dictate that preventing severe cases of malaria would prevent deaths from malaria, but “all-cause mortality”—dying from malaria or anything else—did not go down among the study group in a large phase III study. Moreover, children who didn’t get an additional booster shot were at higher risk of severe malaria than if they’d never been vaccinated. To the authors’ credit, they did not ignore this finding. They expressed uncertainty about the reason but explored the big concern: What if the vaccine prevents children from building robust natural immunity?

Natural immunity, the prize for surviving malaria, may be an important factor. Malaria’s advanced ability to hide from the immune system has long hindered vaccine development: Jill Weatherhead of Baylor College of Medicine, told Chemical and Engineering News that “up until RTS,S, we’d never had a parasite vaccine. Ever. The reason is because of the complexity of these life cycles.”

Once a mosquito injects the parasite while feeding, it goes straight to the liver in a process that may be completed within an hour. Once there, it’s safe from the immune system until it emerges again. It hides inside cells, turning off the damaged cells’ ability to respond by self-destructing (apoptosis) and remaining inside parts ejected from those cells until it reaches the lungs.

A daunting challenge. But knowing the parasite starts by zeroing in on liver cells, the developers of RTS,S realized they could borrow from a vaccine designed to protect against a virus targeting those same cells: the hepatitis B vaccine. Looking under the hood, RTS,S combines a “well-conserved” (less subject to mutation) protein that lets the malaria parasite enter liver cells during its initial invasion of the body, with surface antigen from the hepatitis B virus that helps the immune system defend against the parasite. As a side benefit, RTS,S appears to double as a vaccine against hepatitis B.

An upgrade may be on the way: Oxford’s R21 vaccine shares many characteristics with RTS,S, but some tweaks helped it perform much better in a phase IIb trial, showing up to 77 percent efficacy a year after vaccination. Early results also suggest it may be safer, with a lower risk of febrile seizures in children. An Oxford-led phase III trial is now underway and enrolling 4,500 people—but the study does not expect to publish results until the end of 2023. While we wait, RTS,S can finally start to curtail the damage from malaria.

Charles Horton, M.D. Charles is WORLD's medical correspondent. He is a World Journalism Institute graduate and a physician. Charles resides near Pittsburgh with his wife and four children.
COMMENT BELOW