Fervent prayers and a late-night escape in Haiti

Almost exactly two months after a Haitian gang abducted them at a roadblock, a group of Christian Aid Ministries missionaries decided they thought God was leading them to attempt an escape.

On the night of Wednesday, Dec. 15, the adults in the group bundled up the children and stashed water in their clothes. They jimmied the door of their barricaded room open and filed silently down a path toward a nearby mountain range, escaping notice of the guards.

The midnight traveling group of 12 included a married couple, a 10-month-old baby girl, a 3-year-old boy, two teenagers, four single men, and two single women (the gang had already released five others from the group). They trekked at least 10 miles through dense forest, brambles, and gang territory, using the stars to chart a course while praying. By daybreak Thursday—exactly two months since their abduction—a Haitian found them and helped them call the police.

Members of a notorious Haitian gang known as 400 Mawozo abducted 16 Americans and one Canadian connected with the Ohio-based Christian organization in October after the group had finished visiting an orphanage. Their van tried to turn around at a roadblock, with the Canadian missionary at the wheel. The gang members surrounded the van and escorted it away, at one point removing the driver and returning him to the group later.

David Troyer, general director for Christian Aid Ministries, said at a news conference Monday the gang started demanding ransoms from the first day. The gang had demanded a $17 million ransom for the 17 hostages, but it’s unclear if they received any payment. The gang had released five hostages in recent weeks.

The captive missionaries formed a daily structure for the two months their kidnappers held them at multiple locations. Mornings began with singing and praying in worship. One hostage said the sessions sometimes lasted into the afternoon, interrupted only by the food the kidnappers brought. By afternoon, the worship shifted to special prayer meetings for deliverance. The hostages would break for dinner, which usually consisted of rice and beans. The missionaries closed the day with further prayer and song in what they called a time of inspiration.

Halfway through their time in captivity, the missionaries set up an around-the-clock prayer schedule, unaware that Christians across the world were doing the same. One hostage said they could hear voodoo drums and see signs of Satanic worship. According to ministry spokesman Weston Showalter, the hostage said, “Twice, the powers of darkness and light clashed in loud conflict—but praise the Lord we’ve got the power in the name of Jesus.” Throughout the day, one missionary would pray for 30 minutes, then another would pick up where they left off. Overnight shifts were an hour long. They prayed not only for freedom but also for their captors’ salvation.

The 400 Mawozo members provided large amounts of baby food for the 8-month-old and the toddler. They also gave basic hygiene necessities and reportedly spent hours setting up fans to keep the missionaries from heat stroke. Some of the missionaries spoke with the gang leader, telling him that God loved him but also that his soul was in danger of God’s judgment. 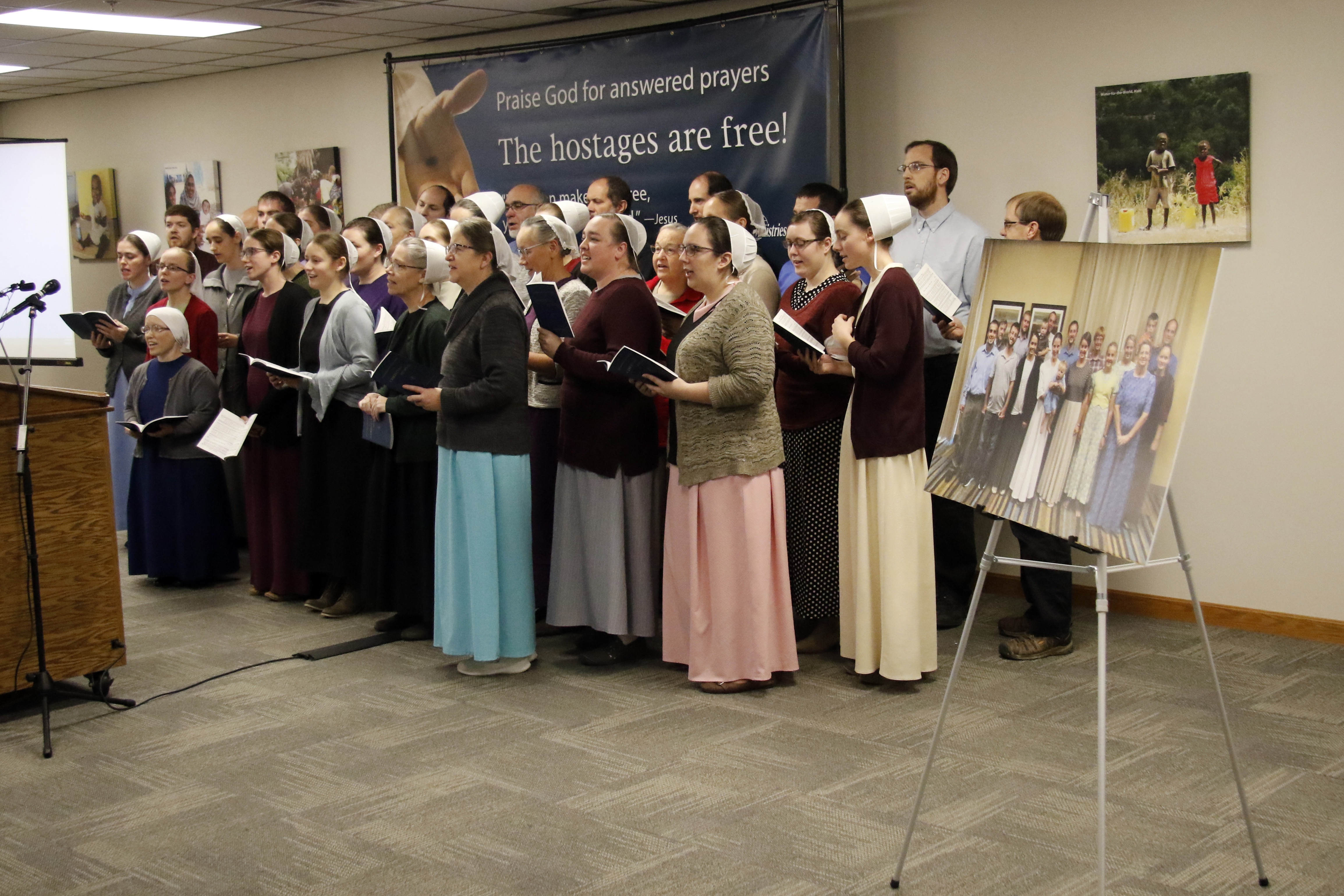 The missionaries suffered infected sores, hunger, sleeplessness, and feelings of hopelessness. At some point in captivity, several children got sick, and adults stayed up all night fanning and caring for them. Several times gang members threatened the hostages, but Showalter praised God for keeping the missionaries from harm.

By last week, the remaining 12 missionaries unanimously agreed God was telling them to attempt an escape. Twice they were about to try but decided the timing was not right until they made it out the night of Dec. 15.

The missionaries weren’t the only ones 400 Mawozo held captive in barricaded rooms. Showalter said the missionaries frequently tried to pass food and encouragement through the walls with other people the gang had abducted. The unknown number of additional hostages joined in the singing as they learned the worship songs.

The abduction of children deepened the shock over the missionary kidnappings, but human rights groups said gangs have increasingly targeted Haitian children in recent months.

A United Nations report in September noted that “criminal gangs are using children as bargaining chips and making money off parents’ love.” The report said the kidnapping of children has become a “lucrative business” in Haiti.

An American missionary couple in Haiti told WORLD it isn’t uncommon for gangs to snatch children off the street and demand whatever money families could pay—even if the ransoms were small amounts that still bankrupted poor families.

Another Christian aid worker said the kidnapping of foreigners heightens the danger for Haitians, particularly if gang members managed to extort a significant ransom. Kidnappings in Haiti were already accelerating, and they grew more widespread after the collapse of Haiti’s government following the president’s assassination in July.

The nation has long suffered from a cycle of corruption and calamities. On Dec. 13, an oil tanker overturned in the northern city of Cap-Haitien, drawing residents desperate to scoop up scarce fuel. The truck exploded, killing at least 71 bystanders. Gang activity fuels even gas shortages: A coalition of gangs known as G9 held hostage the nation’s fuel supply in November, demanding $50 million and the prime minister’s resignation. 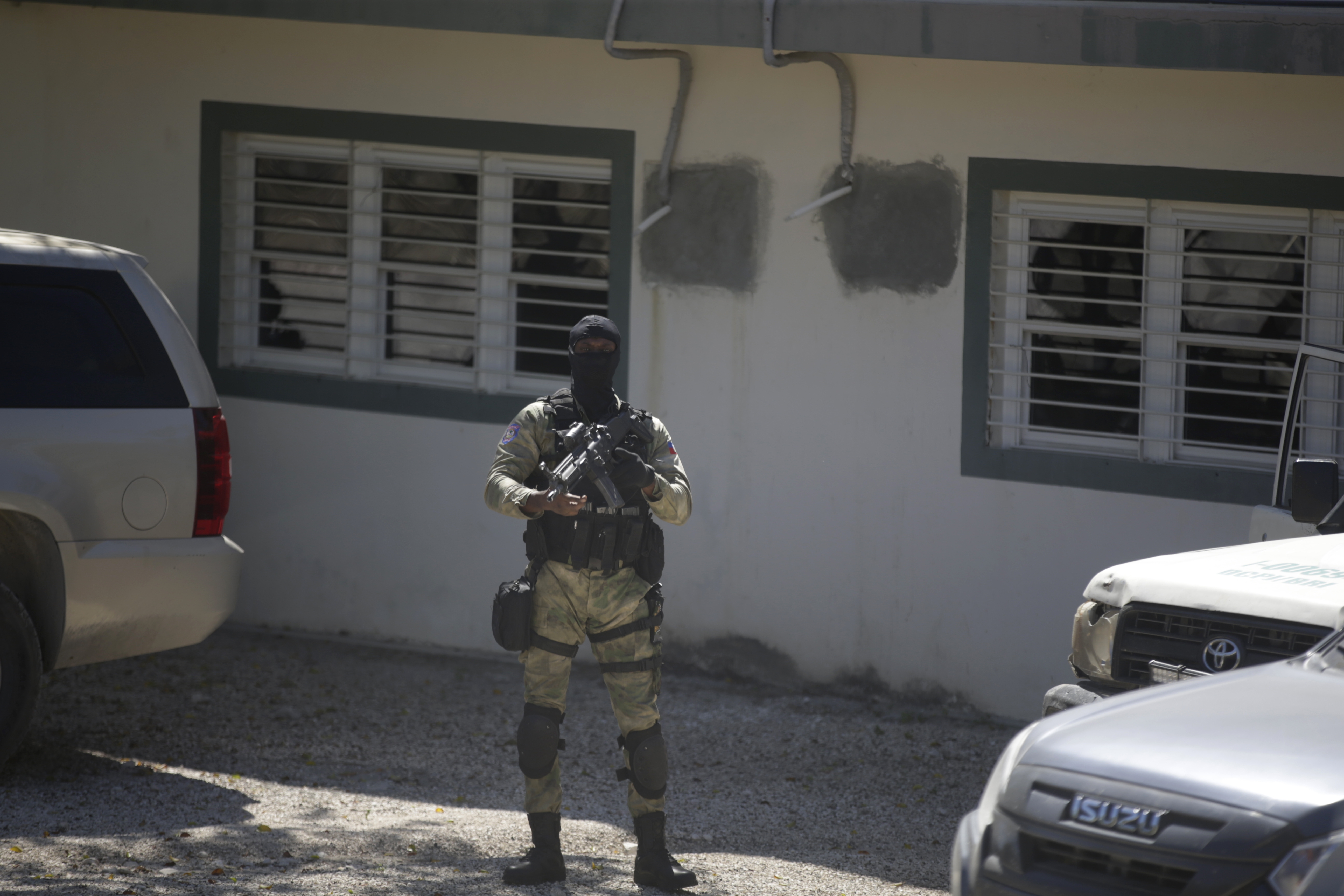 It’s a complex web of crime and tragedies that leaves Christian missionaries and aid organizations grappling with how to continue bringing spiritual and physical help to the island nation. The U.S. State Department has urged Americans living or working in Haiti to leave the country due to deteriorating conditions. But many Haitian pastors and Christian workers are persevering in the face of deep hardship.

The songs the captive missionaries sang to encourage themselves for two months continued to boost their spirits after they safely landed in Florida. They reunited with the five missionaries previously released, and Showalter played a video of them singing one of their favorite hymns: “The angel of the Lord encampeth round about them that fear Him, and delivereth them.”

Carolina is a reporter for WORLD Digital. She is a World Journalism Institute and Wheaton College graduate. She resides in Harrisburg, Pa.

What an absolutely amazing answer to prayers!! Praise God, from whom all blessings flow. Merry Christmas.