The Electrical Life of Louis Wain, playing in select theaters and streaming on Amazon Prime, claims that if you’re a cat person, you might have the eccentric artist Louis Wain to thank for your preference in pets. Benedict Cumberbatch portrays Louis, an illustrator in Victorian England who devoted much of his life to creating fanciful pictures of furry felines. But just like a house cat, Louis’ story is complicated and at times frustrating.

Louis is the eldest of six siblings in a well-to-do family, and as the only son, he finds himself expected to become the provider upon his father’s death. Young Louis has many talents, but he has no understanding of how to make any of them profitable, which vexes his sister Caroline (Andrea Riseborough). At Caroline’s urging, Wain takes a job as a magazine illustrator specializing in country scenes, a post for which he’s particularly suited since he has the remarkable ability of speedily sketching with both hands simultaneously.

Caroline’s vexation intensifies when her brother falls in love with and marries their younger sisters’ governess, Emily (Claire Foy). Emily is an older woman from a lower class, and their marriage provokes a scandal in London’s polite society. Louis devotes himself to his new wife, but his fortunes take a turn for the worse with the advent of photography. His professional life crumbles, and his personal life follows suit when Emily develops terminal breast cancer after a few years of marriage.

Louis and his dying wife find some solace in a stray cat they name Peter, and to cope with his grief, Louis imbues Peter with personality and showers him with affection. Peter becomes Louis’ muse, sparking a career characterized by anthropomorphized cat pictures. 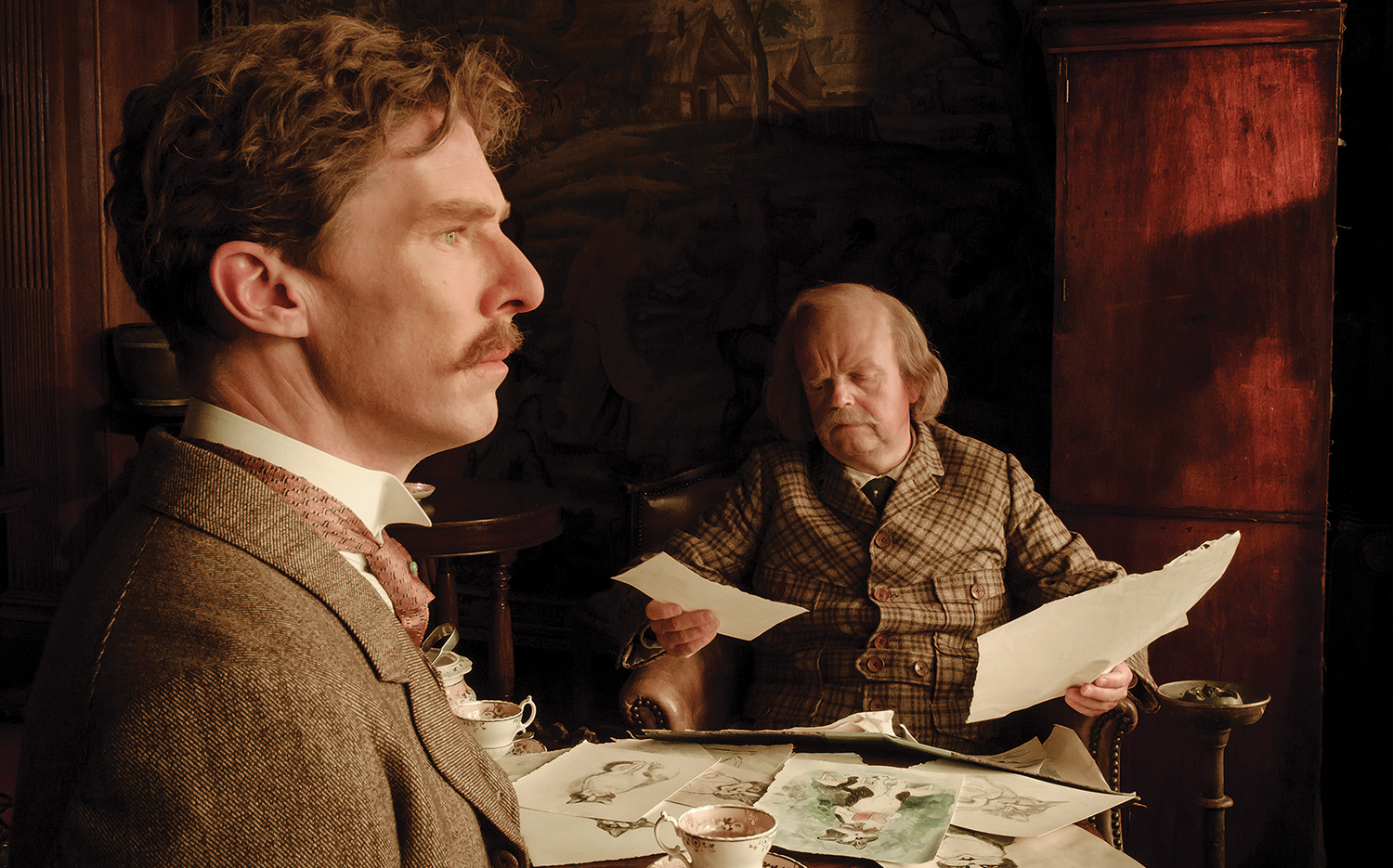 Louis’ colorful illustrations of cats dancing, reading, and drinking tea might seem self-evidently cute to modern eyes, but this wasn’t the case at the end of the 19th century. The English appreciated a cat’s ability to control the mouse population, but few people thought of cats as pets. The unexpected success of Louis’ whimsical cats helped change the population’s perception, opening English homes to house cats.

Louis never manages to turn his new-found popularity into financial prosperity. And his lack of money and his wife’s death aren’t his only battles—Louis continuously struggles with his eccentric brain. He suffers from acute anxiety throughout his life, and Cumberbatch depicts the polymath as having Asperger syndrome. Louis becomes preoccupied with electricity, seeing the electrification of the modern world as ushering in a new age for humanity. He comes to believe in a mystical electrical field that will cure mental illness and teach cats to talk.

The Electrical Life of Louis Wain is a beautiful film with a talented cast, but much like Louis himself, the film struggles to stay focused and ultimately has trouble finding its way. It contains some muddled messaging about art, love, social class, and mental health, and tonally it’s uneven, at times promising some hope, but then never quite finding it. The early scenes contain some jarring foul language—earning a PG-13 rating—that clashes with the setting or subject matter. Cumberbatch gives an enjoyably quirky performance, but he’s never really believable as a Louis in his early 20s. What’s more, Foy’s Emily is supposed to be 10 years older than Louis, but Foy looks 10 years younger than Cumberbatch because she is.

Louis is a broken and often piteous protagonist, and melancholy hangs over The Electrical Life of Louis Wain. It’s not a perfect movie, but it asks viewers to look closely at this broken world and behold all its splendor, even in the humble stray cat.