Faith in the face of evil

BOOKS | Mariam Ibraheem was persecuted but not abandoned

In 2014, at age 27, Mariam Ibraheem grabbed headlines across the world as a Sudanese Christian woman sentenced to death. Her crime: apostasy. She refused to confess faith in Islam and married a Christian man.

Shackled: One Woman’s Dramatic Triumph Over Persecution, Gender Abuse, and a Death Sentence (Whitaker House 2022) tells the story behind the headlines—a tale reminiscent of Old Testament saints. Shackled chronicles Ibraheem’s struggle to live in a country where Christians suffer persecution simply for being Christians. Her account includes both historical and cultural explanations of Islam, giving readers an elementary understanding of the religion.

Ibraheem’s mother, an Ethiopian Christian refugee, married a Sudanese Muslim. Because of her father’s religion, Ibraheem was considered a Muslim under Islamic Shariah law. Growing up, she witnessed her mother remain steadfast in her Christian faith in a country hostile to Christians. In high school, Ibraheem had to study the Koran, as she was expected to one day confess her faith in Islam. 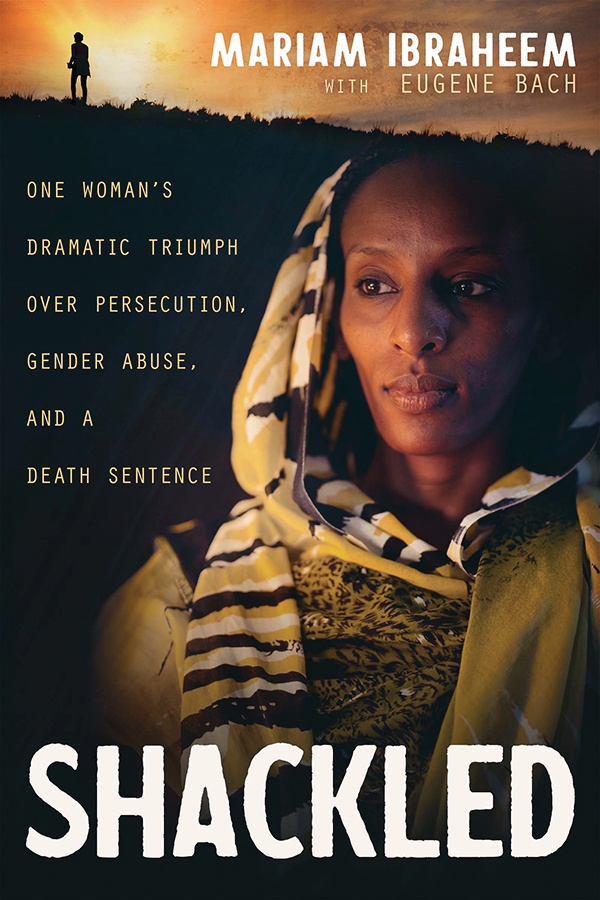 She did her best to assimilate in her birth country: “wearing the Islamic dress, speaking the Arabic language, memorizing the Koran, and reciting portions of the Hadith,” the teachings and sayings of Muhammad. Studying both the Koran and the Bible, she observed the stark differences between followers of Christ and followers of Muhammad.

She placed her faith in Jesus and refused to denounce Him despite the increasing persecution levied on her and her family. In prison, she suffered regular flogging at the hands of an imam who alternated between brutally whipping her and praying as he attempted to force her to accept Islam. Blinded by his mission, he failed to see the irony in representing Islam as a “religion of peace” while trying to beat her into submission. Her response: “I prayed for the man beating me. He too was a prisoner, but his prison would be eternal.”

After she received a death sentence, the world rallied to her defense. The Sudanese government resisted. But Ibraheem did not view her situation as a war between her and the Muslim clerics, but “a battle between good and evil” playing out on the world’s stage. God worked through unlikely allies to rescue Ibraheem and her family.

Ibraheem’s sobering account reminds readers that followers of Christ suffer all the time, all over the world, even if the headlines don’t report it. Bringing the words of 2 Corinthians 4 to life, instead of feeling forsaken, Ibraheem endured so that “the life of Jesus may also be revealed.”

Caution: The book contains accounts of violence, abuse, and ­mutilation.

Maryrose is a WORLD correspondent, a graduate of World Journalism Institute, and a practicing attorney.