Facing death in a lockdown

One Brooklyn man shares the chaotic moments before, during, and after his dad’s death from COVID-19. He hopes it will help other grieving families

In March, Jerome Caliz, 62, conferred with his son and only child, Jeremy Caliz, who lived nearby in Brooklyn, about preparing for COVID-19. The father had a lifetime of training for a pandemic disaster: He had served in the military, and he was a registered nurse. He had stocked up on canned food.

Jeremy Caliz, who works in disaster response in the city, thought the coronavirus would pound New York City and urged his dad to escape to his birth country of Belize. But as they planned an exit strategy, Belize shut down all incoming flights. Jerome would be riding out the pandemic in New York.

One morning in late March, Jerome called his son, saying he had fallen out of bed. He had no appetite, no taste, and he couldn’t keep water down: “All the anecdotal things we know with COVID now,” said Jeremy, his father’s only immediate family member following his parents’ separation. His dad initially decided not to go to the hospital after a visit from paramedics. But the next day he felt worse and changed his mind.

“We all know on an intellectual level that it’s possible that your house could burn down today,” said Jeremy. “It could be your people that get sick first, but you never think it will be you at the front of the line for the global pandemic.”

That began about two chaotic weeks at the height of the coronavirus outbreak in New York. Jeremy hoped telling his father’s story would honor his dad, who died alone. But he also hoped it would help other families navigate over-the-phone hospital consultations and virtual funerals.

“I like to think that before my dad died I took COVID seriously … Was I really taking it seriously?” said Jeremy. He kept track of death tolls from the pandemic. “The Monday after my dad died, they put out the numbers, and I thought, ‘Those numbers include my father.’ One of those numbers is the person who taught me how to read.”

Right after his dad’s hospitalization, all Jeremy knew was that an ambulance had taken his father to some hospital in New York City. His aunt, a nurse, suggested calling the ambulance dispatch to discover which hospital.

Once he located his father’s ambulance, “I had to call the hospital multiple times that same day to see if the person had been admitted, or if he was already dead.”

The hospital wouldn’t share his father’s medical information with him unless he verified in person that he was next of kin. When he got to the hospital, the office had three staffers whose phones rang non-stop.

This was the last week of March, right when New York hospitals were heading toward their worst days fighting the virus. Even as verified next of kin, Jeremy only heard from doctors once every other day. But he understood they were overwhelmed.

Four days into Jerome’s hospital stay, doctors put him on a ventilator. Jeremy tried over and over to reach his dad by phone before sedation to be on the ventilator, but the calls went to voicemail. 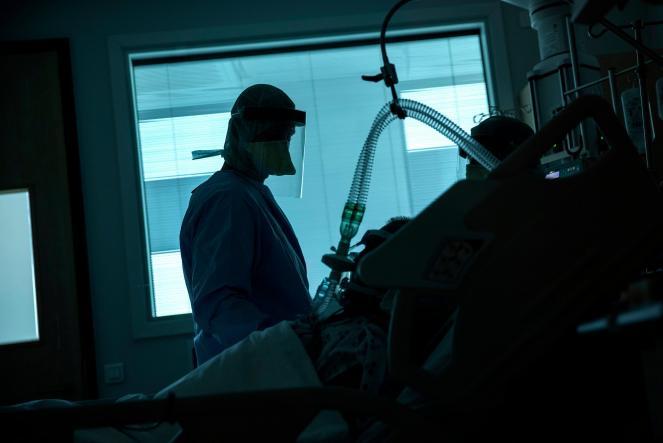 A COVID-19 patient receives treatment in a hospital. Francisco Seco/AP

The last conversation he had with his dad lasted about 10 minutes. Jeremy tried to interpret what he could from the sound of his dad’s voice, even if they couldn’t talk much. He was going to ask him how things were looking and what drugs they had him on, but his dad sounded like he had just run a race and was trying to talk through it.

His dad never improved once he went on the ventilator. Doctors gave him the maximum amount of oxygen they could, but he didn’t respond. For two weeks, Jeremy never turned his phone off. He got 3 a.m. calls with questions about procedures like kidney dialysis.

“For me it was worse knowing all of the updates, that every time my phone would ring from the hospital, it was like—is this the call?” he said.

While he waited for more information, he worked on business details, like figuring out if his dad had paid rent. He knew where to find important documents. He compiled a two-page to-do list, including what to do in case of his father’s death. He tried to update family from Belize to Brooklyn every day on his father’s status.

The day before his dad died Jeremy got “the longest 30-minute phone call that you’re going to get from the hospital.” He and hospital staff discussed a do-not-resuscitate order. On April 3, a doctor called to tell Jeremy his dad had died. He shared the time of death. He said they were sorry for Jeremy’s loss.

The news jarred him: “If my dad died of cancer last year, my house would have been filled with my mother and my aunts and my cousins, and politics about who gets to take what out of his house, and a party and smoking and whatever else. And now in these times, you have to just sit with it by yourself. Because he’s just dead.”

That started another process the pandemic had upended: How to handle the logistics of a family member’s death. The week Jerome died, the Federal Emergency Management Agency brought 85 trucks to the city to serve as refrigerated morgues—city morgues were full. Funeral homes and crematories were so overwhelmed, Jeremy couldn’t get a date to cremate his father’s remains until a month after his death.

When we talked in late April he wasn’t sure where his father’s remains were: “I imagine that my dad is either in the morgue or in one of those coolers that I saw when I drove past the hospital where he died.”

He could begin one normal part of losing a family member: sorting through his dad’s possessions. He found pictures, his dad’s citizenship papers, and documents from his dad’s military career. In that process he learned a lot about who his dad was before he had a child: an immigrant from Central America who was “a very, very private person.” 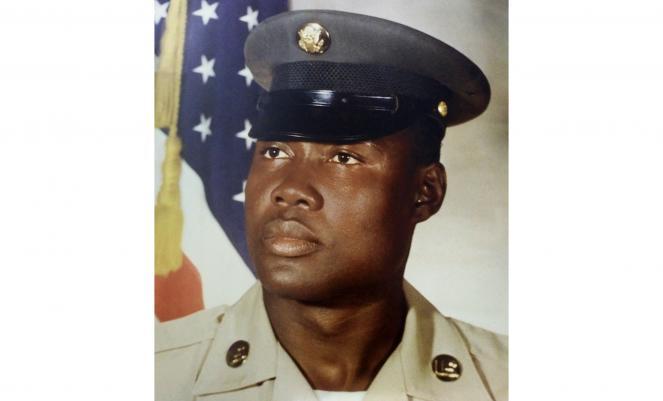 After his father died, the hospital gave Jeremy his father’s phone and other belongings. Still, some days he expects to get a call from his dad, asking what Jeremy’s done with all his stuff: “There’s been that little part of my heart, ‘Yeah he’s just going to call me’… But no, everything is real.”

Jeremy planned an abnormal funeral with help from friends and his pastor, Jamison Galt of the church Resurrection Clinton Hill. New York is only allowing in-person funerals with fewer than 10 people at a graveside. Jeremy had no plot, nor his father’s remains, so he planned a virtual funeral.

He and his friends figured out a cheap way to host a funeral with more than 60 screens and set a time that worked for people in different countries and time zones. Friends served as moderators, muting microphones when they heard someone crying loudly, or fixing the stream if people accidentally shared their screens.

For the first hour, Jeremy set up a “viewing” for his dad—a slideshow playing on a loop—then had a virtual guest book: During the slideshow people could call a Google Voice number and leave a voicemail. Jeremy later added the audio clips of memories and thoughts to the slideshow.

Galt hiked up to an empty apartment above his own to lead the funeral service, since his wife was working and their four kids were running around. After a simple Christian service, Jeremy eulogized his father. In a virtual reception afterward, people talked with each other.

The virtual funeral experience was “hobbled,” Galt said, but “lovely” in its own way. He recalled the Apostle Paul writing letters from prison as an example of Christians ministering through distance.

“It is a fact of history that many people are robbed of their need to grieve well,” said Galt. “I hope we’re coming out of this—my congregation and my people—with more of a solidarity with the poor and the broken and the marginalized.”

Jeremy chose as a “benediction” a song from his dad’s favorite musical The Gospel at Colonus, in which this lyric is sung over and over: “Now let the weeping cease, / Let no one mourn again, / For the love of God will bring you peace, / There is no end.”