The 14 days ending on Dec. 9 included one small step for unborn babies, with hopes of a large leap to come. In a victory for factual truth, the U.S. Supreme Court left standing a Kentucky law requiring abortionists to perform an ultrasound, describe the results to the mother, and let her hear the unborn baby’s heartbeat.

Previously, the 6th U.S. Circuit Court of Appeals had ruled there was nothing unconstitutional about a doctor making “truthful, non-misleading factual disclosures, relevant to informed consent, even if those disclosures relate to unborn life and have the effect of persuading the patient not to have an abortion.” Proponents of abortion tend to go up the ladder of abstraction with language like “right to choose” and “products of conception,” but seeing and hearing not “an infant” but “my baby” makes a huge difference.

Unsurprisingly, those 14 days around the world featured some of the usual posturing. North Korean dictator Kim Jong Un once again rode a white horse up a sacred mountain, suggesting we’re in for a wild ride in 2020. Venezuela’s Nicolás Maduro clung to power, even as starvation stalked his country’s streets and 9 out of 10 Venezuelans wanted him out. Iran’s oligarchs defended their killing of demonstrators who had criticized the spiking price of gasoline.

The United States has its own weirdness, but our problems are still minor by comparison. Willie Nelson acknowledged his health and breathing issues and gave up marijuana smoking after 65 years. Actor Chris Pratt apologized abjectly for posting on Instagram a photo of himself holding a plastic water bottle. On Dec. 2, Cyber Monday, as Amazon offered discounts on voice-activated speakers, anger-activated protesters outside the Manhattan penthouse of Amazon’s CEO chanted “Bezos, Bezos, you can’t hide, we can see your greedy side.”

In politics, Democrats passed out a 300-page report designed to bolster their claim that Donald Trump’s July 25 phone call with Ukraine’s president was an impeachable offense. White House press secretary Stephanie Grisham said the report “reads like the ramblings of a basement blogger straining to prove something when there is evidence of nothing.” Joe Biden toured Iowa in a bus with his “No Malarkey!” slogan on the side, and retired GOP Sen. Orrin Hatch teased him by announcing other slogans: No hogwash, no balderdash, no folderol, no tomfoolery.

That fourfold hope is unlikely to achieve the fame of what the Republican base proclaimed in 1854—free soil, free speech, free labor, free men—but we live in an age of low expectations. And maybe that’s the key trend of 2019: We’re not basking in the aftermath of a War to End All Wars as our predecessors were in 1919, or echoing a New York Times headline from 10 years ago, “Poll Finds Faith in Obama.” Instead, newspapers showed concern that a poor potato crop will lead to increased prices for french fries. 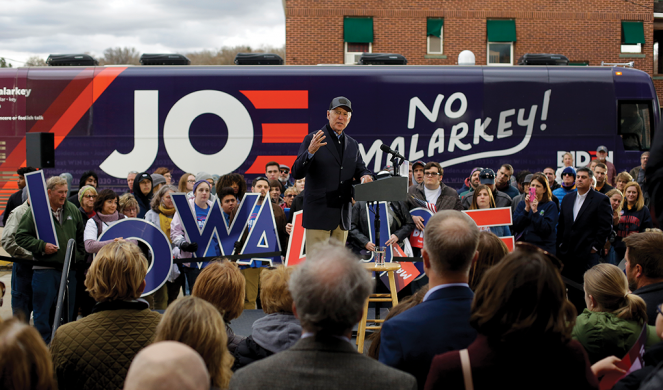 While our events and trends create no reason to panic, our oozes—the slow-moving, long-term changes that show tendencies hard to reverse—are troubling. For example, reports publicized in December showed the U.S. fertility rate declining for the fourth consecutive year: It reached a record low of 59 births for every 1,000 women able to bear children, according to the National Center for Health Statistics. A Pew study showed the 2018 TFR—total fertility rate—was 1.7. This means women are having fewer than two children on average, well below replacement level for the general population.

J.D. Vance, author of Hillbilly Elegy, speculated about the connection of that ooze with another: “I’ve been blown away by some of the research that I’ve seen in the past year about the way in which pornography warps young adults’ minds, and how they interact with their environment.” Part of that interaction is less marriage: Vance wrote, “We made a political choice that the freedom to consume pornography was more important than public goods like marriage and family and happiness.”

Marriage and family also took a hit from the American Psychological Association: One of its task forces aimed to “promote awareness and inclusivity about consensual non-monogamy and diverse expressions of intimate relationships. These include … polyamory, open relationships, swinging, relationship anarchy. …” Meanwhile, the Journal of the American Medical Association announced that “drug overdoses, alcohol abuse, suicides, and a diverse list of organ system diseases” sent American life expectancy down for the third straight year.

Oozes come when bad decisions by one generation affect the next. In Pakistan, investigators reported a result of China’s one-child policy, which led to the killing of many baby girls: Desperate Chinese men bought from traffickers 629 Pakistani women. In the United States, the Stanford Center on Poverty and Inequality found rates of upward mobility have sharply declined, with those who only graduated from high school facing deteriorating economic prospects. A OnePoll survey reported that the average adult in the United States wakes up grumpy 300 times per year. 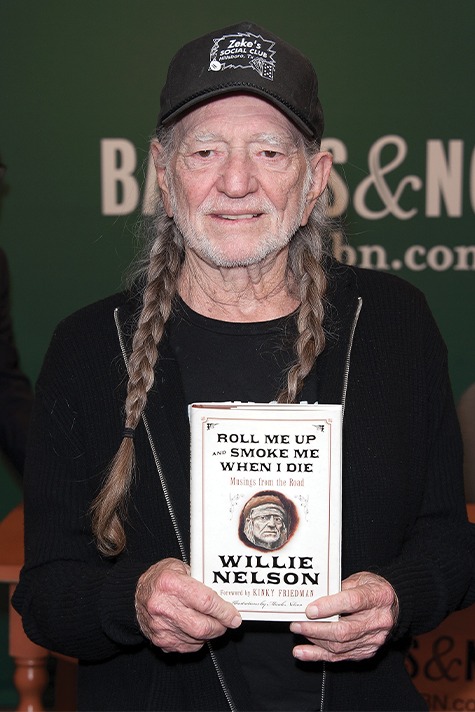 Psychoanalyst Erica Komisar, writing in The Wall Street Journal on Dec. 5, put her finger on the biggest ooze. Her column began, “As a therapist, I’m often asked to explain why depression and anxiety are so common among children and adolescents. One of the most important explanations—and perhaps the most neglected—is declining interest in religion. This cultural shift already has proved disastrous for millions of vulnerable young people.”

Komisar offered this evidence, from a long-range Harvard study of 5,000: “Children or teens who reported attending a religious service at least once per week scored higher on psychological well-being measurements and had lower risks of mental illness. Weekly attendance was associated with higher rates of volunteering, a sense of mission, forgiveness, and lower probabilities of drug use and early sexual initiation.”

Her conclusion: “Pity then that the U.S. has seen a 20% decrease in attendance at formal religious services in the past 20 years, [and that] nearly half of adults under 30 do not identify with any religion.” But what goes down can come up. Happily, the Bible leaves us unsurprised by oozes: Jesus asks in Luke 18:8, “When the Son of Man comes, will he find faith on earth?” New Year’s resolution: Pray that the answer will be yes.

Need to take a deep breath and let this all soak in. Well said. Good choice of events.

I've been reading presidential biographies, starting with Washington -> JQ Adams plus Coolidge, TR, Truman - , as well as various accounts of 18th and early 19th century life and events in the US. I am struck on the one hand about the seismic events that took place in the founding of our country. And juxtaposed to these are the recurring threats of secession, revolt, swings of power from strong executive or central to states rights, spiritual awakenings, good and bad leaders to today’s Tweets. Boy I’m glad some of our early leaders didn’t have Twitter! Nevertheless, here we still stand. But how long? And how important is the USA in the world? And to God? The latter is self evident. But, "... even come Lord Jesus" comes to my mind.

We are still killing babies!