The pro-life movement is growing in Europe but needs new, positive messages

Maria Czernin grew up in a family that was pro-life, but didn’t engage much with the issue. That changed dramatically when as a university student in Vienna, Austria, she attended a conference on Europe’s future. As part of the conference, Czernin watched a showing of the 2014 film, The Giver, based on Lois Lowry’s 1993 Newbery Medal–winning novel of the same name.

“There’s a part of the film where babies are put in a shop window and people choose them. The ones who don’t get picked up are basically killed. I remember watching and thinking, ‘This is abortion! It’s the same thing!’” says Czernin.

She spent a sleepless night contemplating how many abortions take place in Europe each day. The next day at the conference she met a leader from a pro-life group in search of a graphic designer, Czernin’s field. She offered her help. “The more I got to know about the issue, the more I understood the huge wound society has because of abortion.”

But Czernin, who grew up in Portugal, sees that the problem of abortion in Europe needs a Europe-wide solution, which is why she helped found ProLife Europe three years ago. New pan-European organizations like ProLife Europe are challenging the decades-long acceptance of abortion as a right and reinvigorating the discussion with arguments from biology and ethics.

Czernin stresses that the goal of ProLife Europe is first and foremost to have a positive message about protecting life. She says the pro-life movement in Europe has suffered in the past because of messaging that used graphic images or harsh rhetoric. That alienated many people who otherwise considered themselves pro-life. A negative message is also out of step with what younger pro-life people want to project. The organization’s website reflects that: Brightly colored graphics show smiling youth proclaiming life-affirming messages, and an upbeat mission statement: “We are a transnational organization that aims to create a culture of life in Europe, beyond political and economic interests.”

Still, they don’t shy away from the facts: Beyond life-affirming messaging, the group’s main aim is education by presenting the basic facts of biology and conception and what an abortion does to stop life in the womb.

“If you go out on the streets, people say, ‘Yeah, it’s a woman’s choice,’ they know that line by heart,” says Czernin. “But if you ask them what an abortion is, they don’t know. They can only say that at 12 weeks, the baby is ‘like a clump of cells.’” To counter that, ProLife Europe puts on training seminars for university students in biology, ethics, and philosophy, presenting facts and letting that persuade people, instead of trying to win an argument. A section of the website explains in matter-of-fact language how different kinds of abortions function, and whether the baby is killed by asphyxiation, heart failure, or dismemberment.

Czernin cites public studies that support a pro-life case: “It’s a fact that the child is alive. It’s a fact that women have an 81 percent higher risk of depression following abortion. We have those studies, so our main goal is to make the information from those studies known.”

As a university student, Czernin had a friend who became pregnant and sought an abortion. Though she considered herself pro-life, Czernin realized that she lacked the arguments and resources to give her friend an alternate perspective. Now the memory of that conversation motivates her to equip pro-life students.

ProLife Europe has 35 groups across Europe, with most members between the ages of 17 and 25. As a newer organization aimed largely at university students, the COVID pandemic took a toll on gatherings. Still, in the three years of its existence membership grew. Czernin says with the growth has come connection with other Europe-wide pro-life organizations and the desire to combine forces. 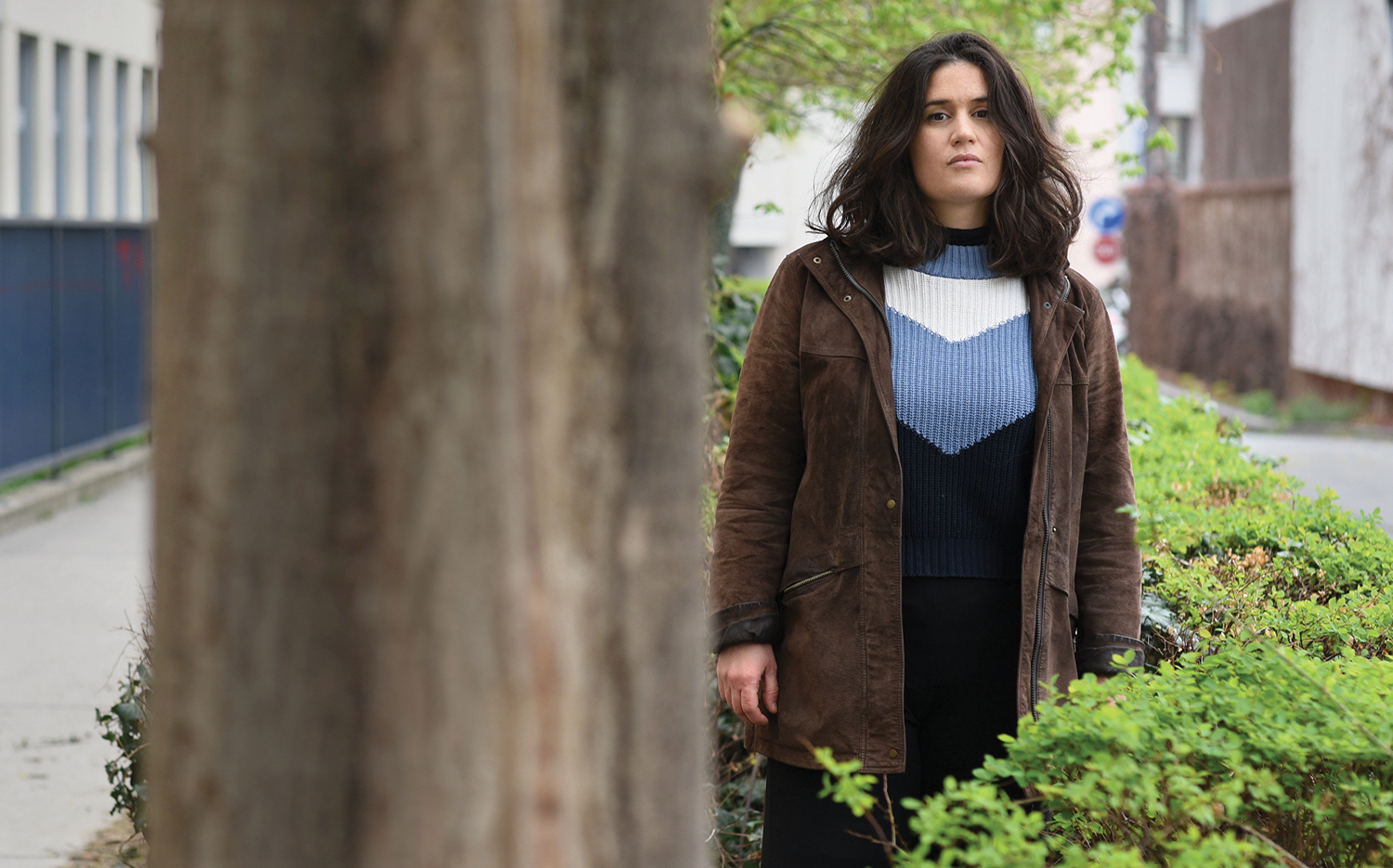 ONE OF THOSE GROUPS is the One of Us Foundation, based in Krakow, Poland. Founder and General Secretary Jakub Baltroszewicz met me for coffee in a gleaming shopping mall to the north of the city. Everything about Krakow and the shopping center belies attempts by international abortion activists to paint Poland as a repressive backwater. Upscale shops are spotless and well stocked, and everywhere I look there is evidence of a society that welcomes and cares for children: diaper-changing tables in the men’s room, child-sized restroom stalls and toilets, accessibility for strollers in shops and on public transport.

Baltroszewicz was one of five men who founded One of Us. He says the men started the organization because of what he calls a “crisis of manhood.” “Whenever there’s a child in the belly of a woman, the man should be there,” says Baltroszewicz. “Seeking an abortion is always a huge cry of loneliness, when a woman is told: ‘your belly, your problem.’ If a man would be a real man who would support a woman, there would be no more abortion in the world.”

One of Us grew out of a citizens’ initiative to the European Parliament challenging the European Union financing of abortions in developing nations as a violation of the EU’s principle of nondiscrimination. The initiative failed, despite garnering a record number of signatures from 20 supporting nations. But the effort brought together pro-life forces across Europe to found the federation of which One of Us is a part in 2013.

“We had never worked together like that as Europeans before,” says Baltroszewicz. “This is something good that came out of the initiative.” One of Us now has a permanent office in Brussels where Baltroszewicz has lobbyist status. The 24-member nation group works to keep life issues in the EU spotlight.

Baltroszewicz is also president of the Polish Pro-life Federation, an umbrella group started in 1993 that boasts 70 pro-life NGOs from all over Poland. At 40, he’s older than the pro-lifers that Czernin refers to, but he also sees the younger generation as key. In cooperation with the Jerome Lejeune Foundation, one of France’s leading pro-life groups, One of Us has developed a school curriculum that approaches bioethical questions from a strictly human rights perspective, which it plans to provide to every secondary school in Poland. Like Czernin, Baltroszewicz stresses the importance of arguments that transcend religious beliefs, so he can also dialogue with atheists and agnostics.

“I think that if you root pro-life too much in your religious beliefs, then you lose a platform to connect to those who don’t have God in their lives,” says Baltroszewicz. “And we are not here to convince people who are already Christians and believe, because they’re usually pro-life. I want to convince the young girls, who last October after the tribunal ruling, ran around the city in a so-called women’s strike, shouting that the church is taking away basic freedoms.” 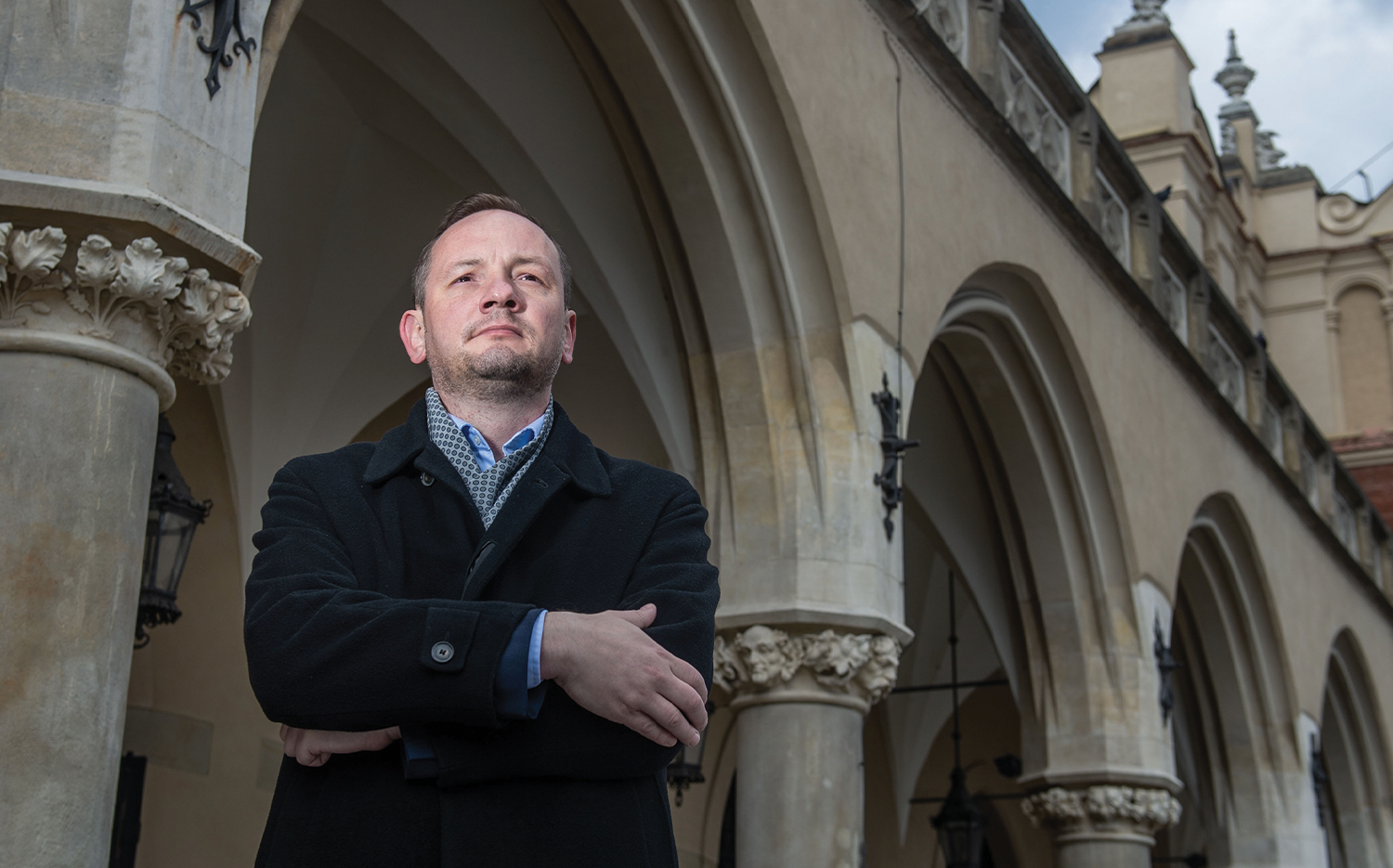 One newer project of One of Us Foundation is the Bioethics Academy, intended to provide online tools and facts for those who wouldn’t otherwise have access to it. “What do parents do if they’re from a small village in eastern Poland, what kind of argument do they use with their teenage daughters? They usually use religious arguments, and teenagers very often don’t care about it. So we want to provide people with tools,” says Baltroszewicz.

IN PARIS, Aliette Espieux also wants to provide tools for pro-life arguments. At 23, the philosophy student has served the last two years as spokesperson for La Marche pour la Vie (The March for Life), the pro-life group that organizes an annual January march in the capital. After going virtual in 2021, this year’s march attracted 20,000 people, despite requirements for the unpopular vaccination pass to attend. Espieux says that number in a time of lingering COVID-19 restrictions was encouraging.

Even more encouraging was the number of young people attending, as well as the number of young people joining the movement overall. Espieux says there’s been a shift: Her grandparents’ generation fought hard against the original Loi Veil, which legalized abortion in France in 1975. The following generation was less active, faced with a barrage of laws restricting pro-life actions, notably laws that prohibit demonstrating within 300 meters (just under 1,000 feet) of an abortion clinic. But now, Espieux says, the next generation has a stronger will to fight.

“We have to stop being afraid of these laws because we’re fighting for children who are being dismembered. We have to analyze the risks: 24 hours in detention is not much to sacrifice compared to a child who could be saved,” says Espieux. She added that the other factor driving young people to the movement is a desire to help women in unplanned pregnancies. “In France, everything is in place to push a woman to abort. No other solution is proposed to a woman in distress. Something very encouraging is young people who want to be trained to demonstrate in the streets, but at the same time, they want to be trained to bring tangible help to those women and their children.”

Inspired by the Pro-Life Generation movement in the United States, Espieux founded Génération Pro Vie (Pro Life) to encourage young adults who want to speak up for life. When she herself first wore her pro-life sweatshirt to university classes, fellow students were shocked. Some agree with her views in private, but feared she would get threats or sabotage her future career. But one professor recently gave her an unexpected encouragement. “The professor saw that I was pretty much the only one interested. She said, ‘I understand why you’re interested in a class in strategy. I think you need it for your fight.’ 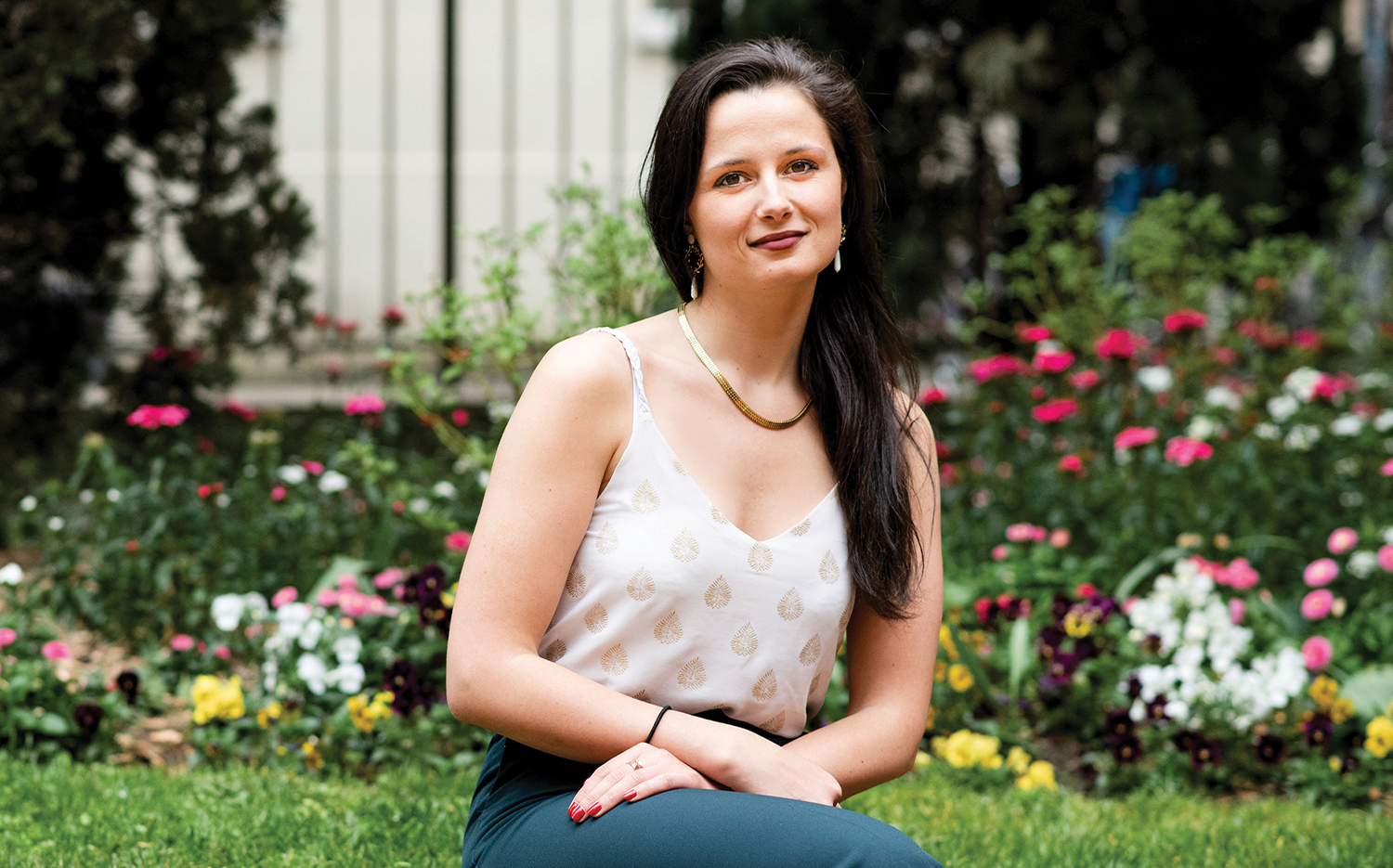 “The other students started protesting that I was conservative, out of touch, against women’s rights. The professor said, ‘Listen, you can agree or disagree with her. In the meantime, there’s only one person in this room who dares to disagree with the crowd, and she has ideas. I’m not sure the rest of you have any or have even considered the question, you just follow everybody else.’ I was dumbfounded,” says Espieux.

But while a younger generation is expanding the pro-life movement, the older generation is still in charge. France’s Parliament last month voted to move limits on abortion from 12 to 14 weeks. Olaf Scholz’s new German government has started a push to liberalize policies around abortion. Activists are challenging Poland’s life-preserving legal rulings, and even though the conservative government pushed for last year’s pro-life ruling that forbids abortion in case of Down syndrome or life-threatening handicap, it has failed to follow through with promises of greater assistance to families raising a disabled child.

Espieux, Baltroszewicz, and Czernin are all certain that Europe’s future is pro-life, but to get there, new, positive attitudes must challenge entrenched ones, and the movement that’s growing in size and youth must also grow in endurance for the long haul.