Christian Britain has lost its most prominent defender of the faith

The coffin of Queen Elizabeth II is carried during a procession from Buckingham Palace to Westminster Hall in London. Felipe Dana/AP

In her last Christmas address, Queen Elizabeth II offered a personal glimpse of her pain at losing her husband Prince Philip: “Christmas can be hard for those who have lost loved ones. This year, especially, I understand why.” But her speech didn’t focus on mourning. Instead, she ended with a word of hope, telling her people, “It is this simplicity of the Christmas story that makes it so universally appealing, simple happenings that formed the starting point of the life of Jesus—a man whose teachings have been handed down from generation to generation, and have been the bedrock of my faith.”

Elizabeth’s forthrightness in expressing her faith in Jesus’ teachings shouldn’t surprise—after all, she was the titular head of the Church of England. But those words of faith directed at her nation seem incongruous when compared with the secularization of Britain that occurred during Elizabeth’s reign. Now that she’s been laid to rest in St. George’s Chapel, the last vestiges of a Britain rooted in Christian morality seem to have been buried with her.

The 20th century saw the United Kingdom reshaped by massive social and cultural changes. Two world wars exacted a heavy toll on both the island nation’s population and its confidence. Britain began to divest itself of its global empire. The creation of a welfare state along with the 1960s counterculture changed people’s relationship with long-standing institutions. The Church of England, the kingdom’s national church, changed as well, losing millions of members.

And in the midst of these changes, Queen Elizabeth projected the impression of tradition and stability, characteristics even the most progressive commentators admired in her despite attacking them in almost anyone else. 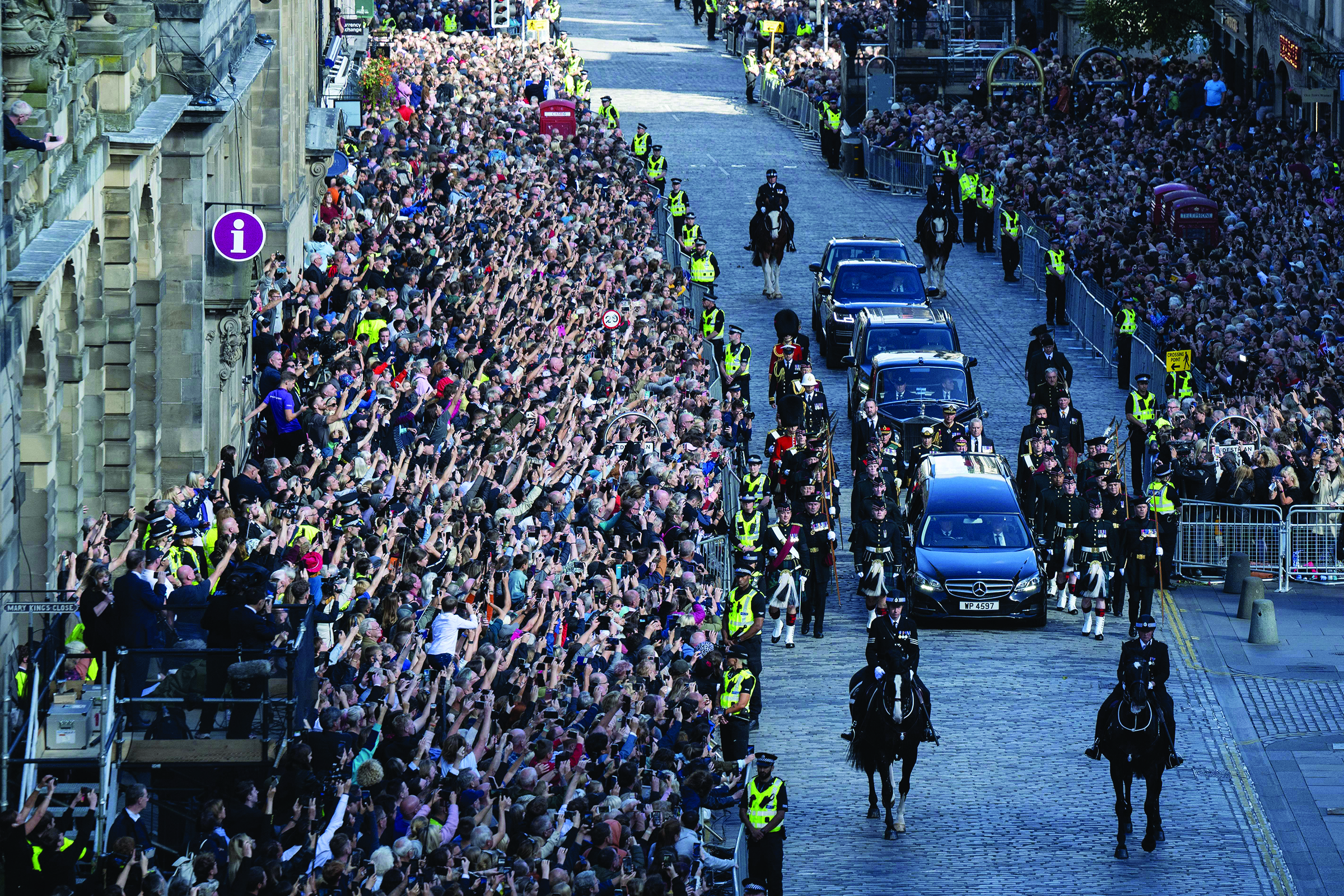 Thousands gather to watch the procession of the queen’s coffin. Oli Scarff/AFP via Getty Images

For hundreds of years, British monarchs have occupied a position of religious leadership, stylizing themselves “defender of the faith” and “supreme governor of the Church of England.” In the 16th century, the Roman Catholic pope gave King Henry VIII the “defender of the faith” moniker to thank him for his written defense of the sacraments against the attacks of Protestant Reformer Martin Luther. A decade later, Henry himself abandoned the Roman church, taking his entire country with him, because the pope refused to annul his marriage to Catherine of Aragon. Henry, however, decided to keep the title, and also called himself the “supreme head” of the Church of England. His daughter, Elizabeth I, softened the title to “supreme governor.”

For centuries, the Church of England remained the primary means for Christian expression among English speakers, though it spawned groups of nonconformists, like congregationalists and baptists. But during the 20th century, church attendance began a steady decline. By midcentury, just 3.5 percent of England could be found in attendance in a Sunday morning service. Now that number is closer to 1 percent. In spite of declining attendance, almost half the population of Britain has been baptized and self-identifies as Christian. 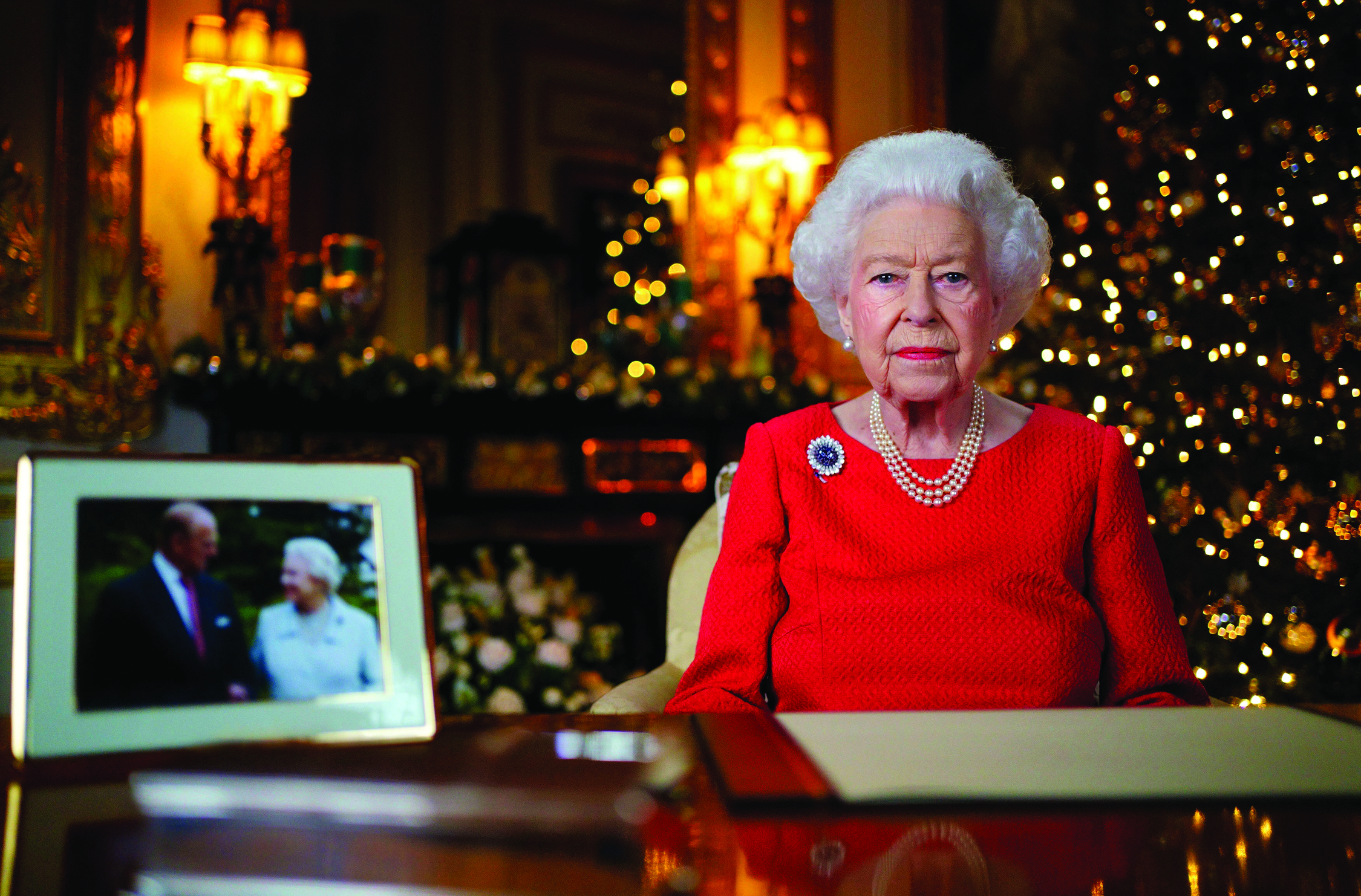 JASON MAYHALL MOVED to the U.K. from America to pastor Bethany Church in Houghton- le-Spring, a small town in northeast England. His “free church”—what Americans would call nondenominational—meets in a 25-year-old building where between 200 and 250 worship each Sunday. Half a mile away sits the beautiful Anglican St. Michael and All Angels’ Church, which dates back to the 12th century. An average Sunday morning service at the Anglican parish church has fewer than 30 in attendance.

When Mayhall first moved to Houghton-le-Spring, he reached out to the local Anglican vicar, but Mayhall said, “There’s not a lot of room for partnership.” He says the vicar, while nice, isn’t interested in associating with people who take the Bible seriously.

Most people in Mayhall’s community identify as Christian, but “they don’t have a very deep view of Scripture,” he says. “They see the Bible as a holy book that you respect. Everyone’s going to have one in their home because everyone gets one when they’re baptized as a kid.” But they don’t look at the Scripture as an authoritative guide to the Christian life. 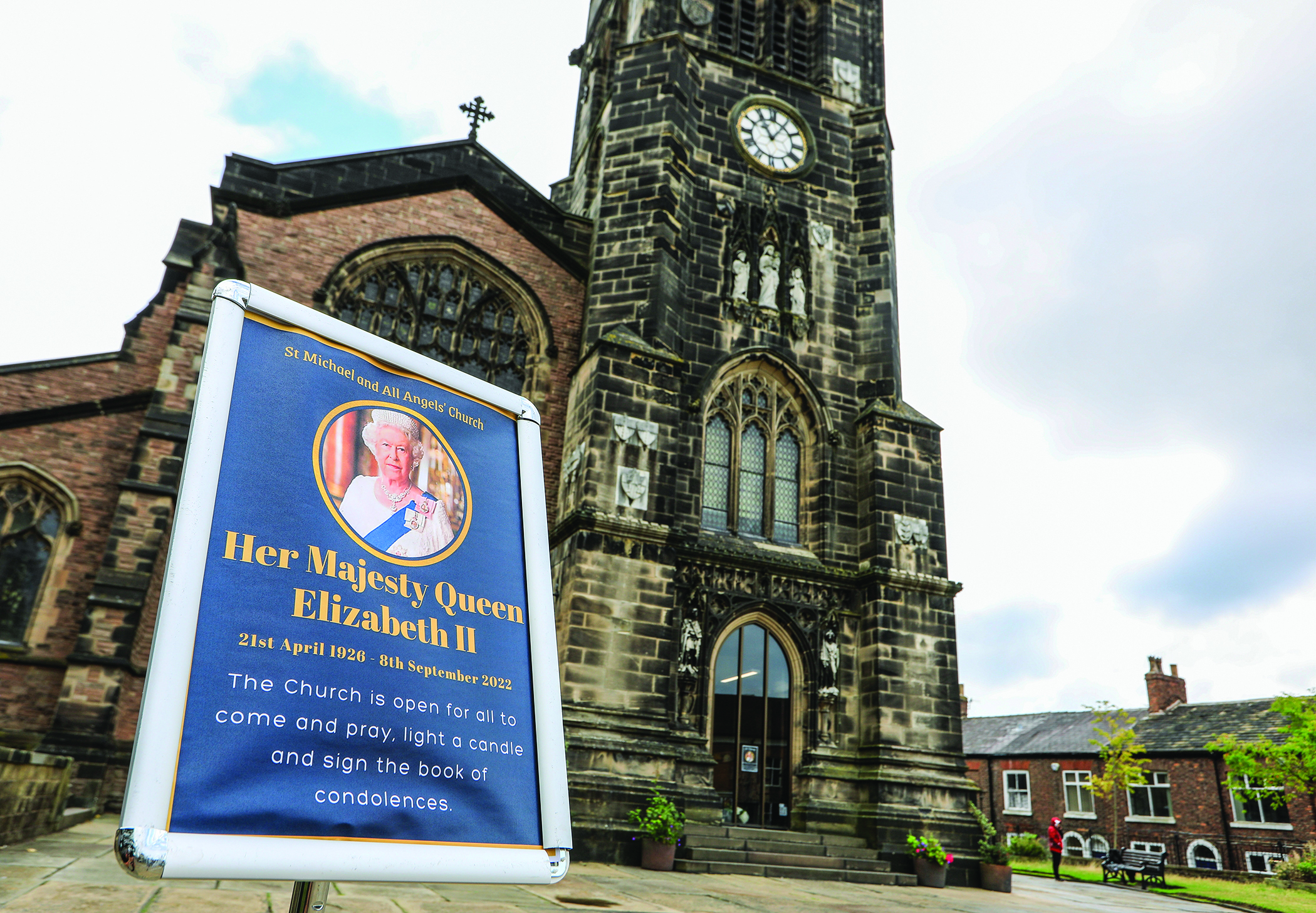 Mayhall’s observations are borne out by a Pew survey from 2017. Among Britons who identify as Christian but rarely attend church, less than a third believe the Bible accurately communicates who God is. Even among regular church attenders in the U.K., only 57 percent trust the Bible’s depiction of God.

The Church of England has invested millions of pounds in recent years in an attempt to boost church attendance, but it’s met with little success. Many Britons both inside and outside the church believe the Church of England’s main benefit to the country lies in its social work. Mayhall says the vicar in Houghton-le-Spring sees his job primarily as a community organizer.

THE CREEPING SECULARISM of the 20th century reached a gallop with the 1960s sexual revolution that coincided with church attendance’s steepest declines. Queen Elizabeth might have been admired for her stalwart traditionalism, but the rest of Western civilization seemed eager to cast off its Judeo-Christian sexual ethic. 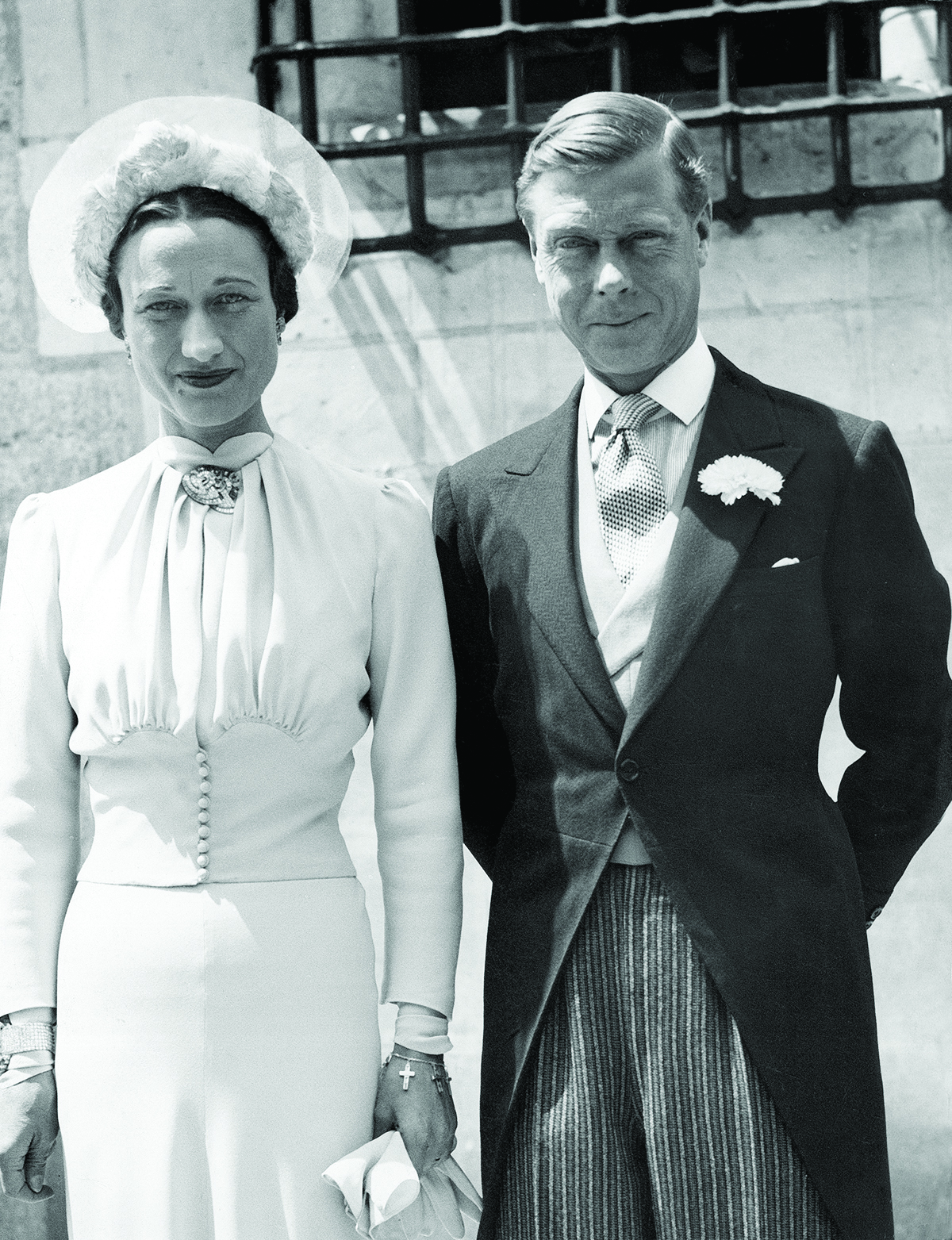 The queen’s own family wasn’t immune from the loosening of moral standards surrounding marriage and divorce. In fact, they were on the cutting edge. In 1936, her uncle Edward VIII gave up the throne because he insisted on marrying the twice-divorced Wallis Simpson, and the Church of England at the time wouldn’t recognize the remarriage of a divorcée while her spouse still lived. In the early 1950s, Elizabeth’s sister Margaret provoked a scandal when she sought to marry the divorced Peter Townsend.

During the 1960s the divorce rate in the U.K. steadily increased and then doubled in the early ’70s before peaking in the mid ’90s. Queen Elizabeth and Prince Philip’s relationship set an example for marital faithfulness, but three of her four children’s marriages dissolved in the 1990s.

It wasn’t until 2002 that the Church of England began to recognize second marriages in cases where the first spouse still lived, paving the way for Elizabeth’s son, now King Charles III, to marry the previously divorced Camilla Parker Bowles in 2005. Over the last 20 years, the divorce rate in Britain has fallen, but that’s mainly due to the precipitous drop in marriage rates over the last three decades. 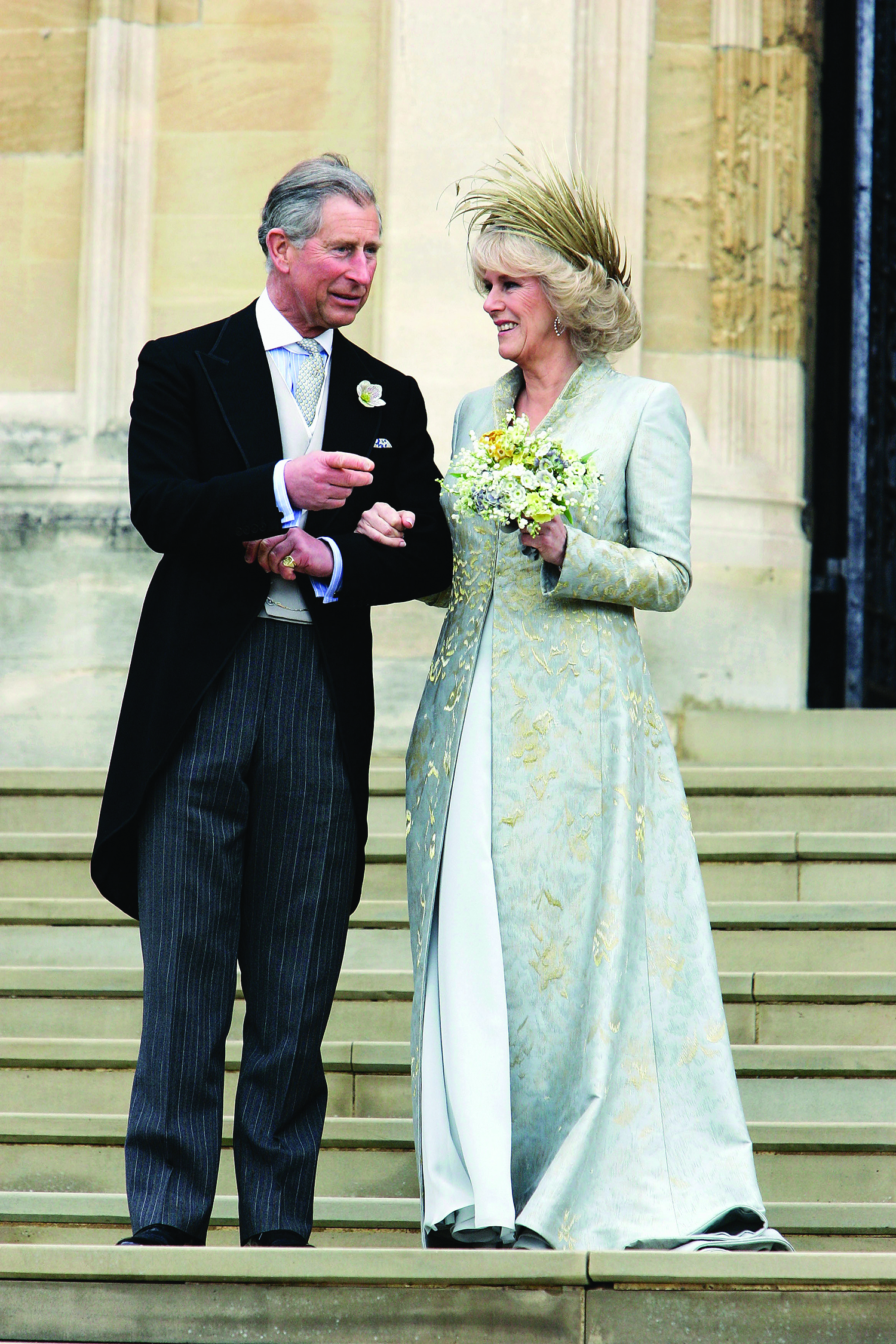 Britain’s abandonment of a traditional sexual ethic correlates with people fleeing the church in the United Kingdom. According to the Pew survey, the majority of Britons who stopped claiming Christianity said they shed their religious identity because they disagreed with their religion’s teachings on social issues. But digging into the data clarifies the situation. It’s not social issues in general but the Bible’s teachings about sex in particular that bothers people.

When it comes to immigration or governmental welfare, the attitudes of religious and nonreligious people in Britain aren’t dissimilar. But when asked about divorce, abortion, or same-sex marriage, those who identify as non-church-attending Christians hold opinions similar to those who don’t identify as Christian at all. In the U.K., two-thirds of churchgoers approve of keeping abortion and same-sex marriage legal, but 85 percent of people who don’t attend church yet still identify as Christians approve. Interestingly, according to Pew’s survey these self-identified Christians are slightly more liberal in their social views than atheist and agnostic Britons.

Most of the attrition in the Church of England’s attendance, however, isn’t from people actively walking away from Christianity. It stems from a lack of new blood. The church hasn’t attracted young people, who have grown up in a society that views church teaching as outdated. As older parishioners die off, no one takes their place. 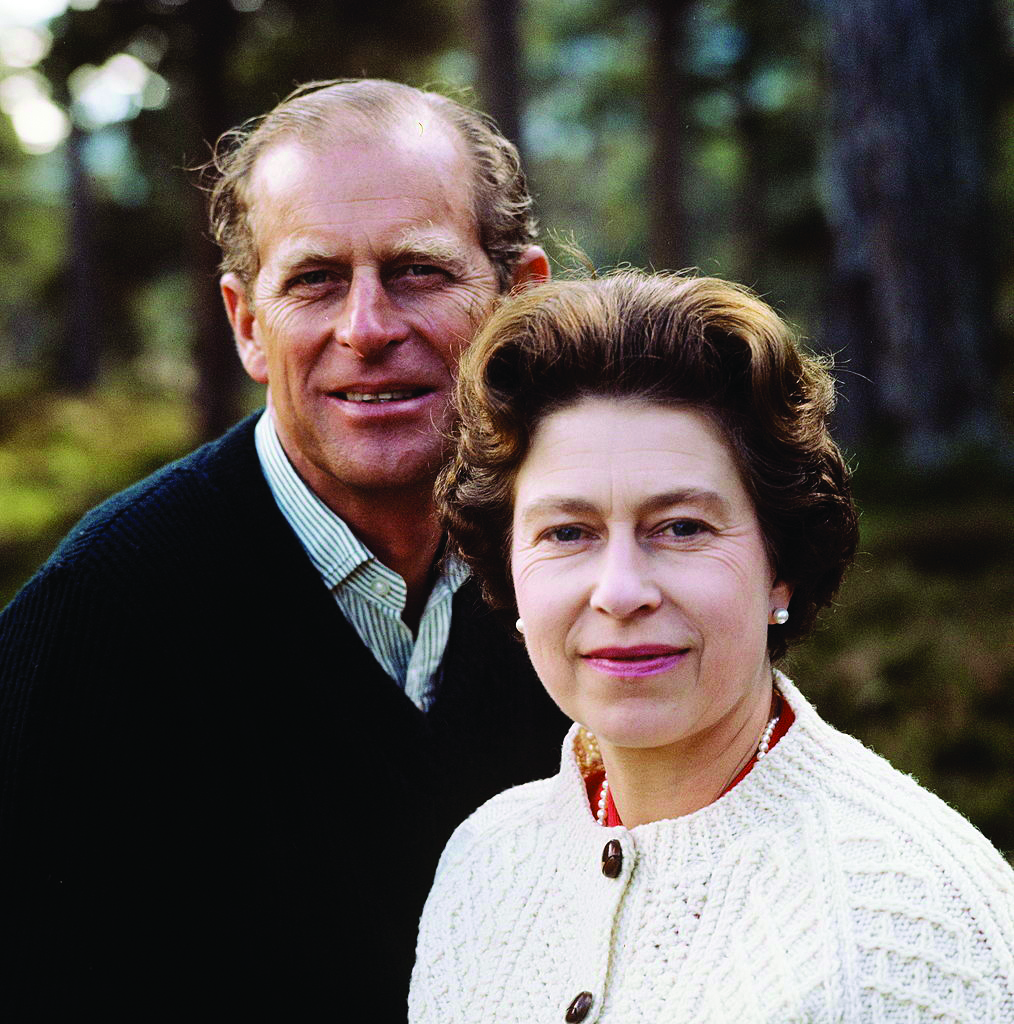 THE QUEEN ATTENDED Sunday services every week, sometimes driving herself. But Dudley Delffs, who authored the biography The Faith of Queen Elizabeth, says she didn’t focus on the declining membership in the Church of England. “Her Majesty chose to acknowledge and celebrate religious diversity and tolerance in the United Kingdom,” said Delffs. “The Queen’s Christmas and Commonwealth Day messages often addressed the theme of inter-faith harmony and respectful tolerance.”

And while it’s true she was respected by leaders from other religions, the older she got, the more explicit she grew about her faith. Her Christmas message of 2000 seemed to have been a turning point for her. In it she suggested other faiths might have some “divine inspiration and practical guidance,” but she emphasized that her faith was founded upon the teachings of Jesus. She usually encouraged the nation to follow the example of Christ rather than trusting in His grace, but in 2002’s Christmas message she said, “I draw strength from the message of hope in the Christian gospel.” In 2016, she wrote the foreword for a Bible Society pamphlet celebrating her 90th birthday titled “The Servant Queen and the King She Serves.” In it she wrote, “I have been—and remain—very grateful to you for your prayers and to God for his steadfast love. I have indeed seen his faithfulness.” 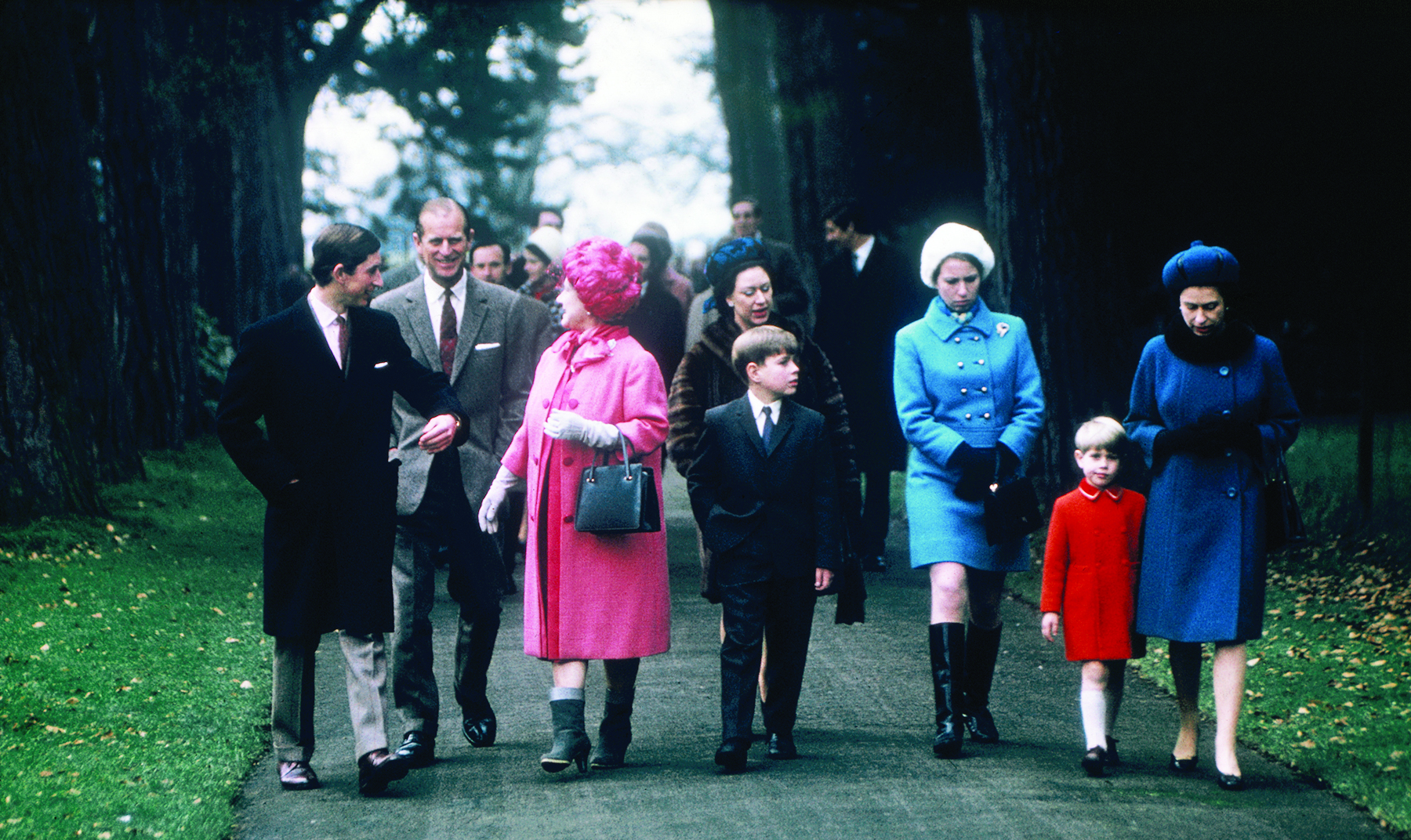 The royal family walks to church at Sandringham in May 1969. Bettmann/Getty Images

In his service of prayer and remembrance for Queen Elizabeth, Archbishop of Canterbury Justin Welby said, “She lived with the sure and eternal hope of resurrection to new life through Jesus Christ. She lived with that as her guide in times of joy and times of sorrow, and she most certainly knew both.” He also acknowledged the years of her reign encompassed a period of change: “When something that has been solid and enduring moves, it feels as though the whole world has shifted on its axis, and we hardly know how to identify ourselves or anyone else.”

Without Elizabeth tying them to traditional Christian morality, many Britons might become aware for the first time how far their nation has drifted.