Drought in the Lone Star State 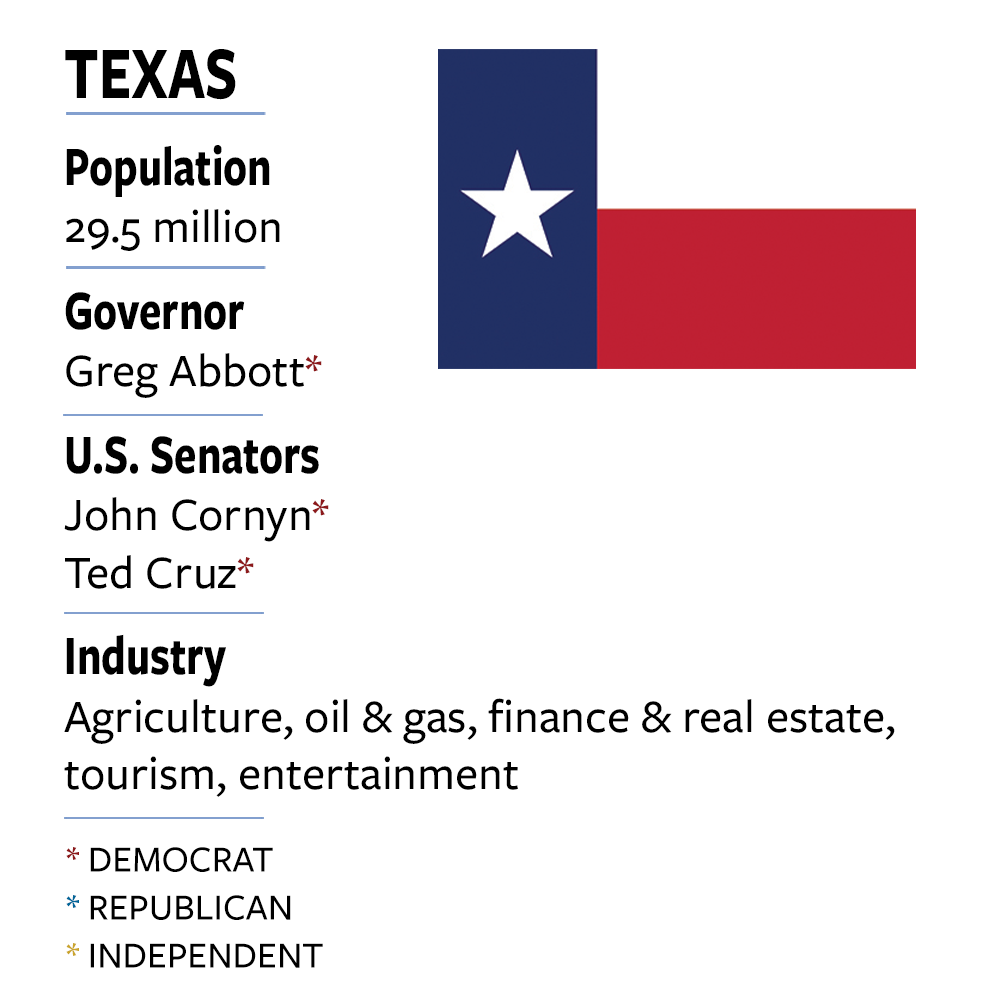 Drought has decimated the state’s cotton crop, costing the agriculture industry an estimated $2 billion. Texas farms produce more than a third of the nation’s total cotton crops and about 4 percent of the global yield. Cotton is the state’s largest agricultural export, and in good times, it can bring in as much as $5 billion for the state’s High Plains Region. Cotton feeds thousands of jobs in other sectors, including ginning companies, warehouses, and oil mill processing plants. Industry analysts expect this year’s harvest will yield less than half of last year’s, and higher prices likely will trickle down to clothing and textiles. About 95 percent of the state is suffering from drought or near-drought ­conditions, and the lack of rain has also driven down corn and cattle yields. The U.S. Department of Agriculture in August reduced its forecast for the country’s cotton harvest to 12.6 million bales, the smallest domestic harvest since 2009. —Leigh Jones

People across the U.S. territory brought their broken and fried home appliances to the island’s capital last week in a protest against Luma Energy, a private power company that controls Puerto Rico’s electricity. Luma took over the energy contract in 2021, but the territory’s Energy Bureau said outages have increased every month since January. And Puerto Ricans continue to struggle to keep their food and medications cold. The company said it is working to fix power grids ­damaged by Hurricane Maria in 2017, and pledged to dedicate more resources to keeping the power on. —Mary Muncy

A 7-ton, 135-foot spinning blade detached from a wind turbine and rocketed 100 yards across an Oregon field, plowing into the soil and sending up a barrage of flying bolts. After the nighttime event at Portland General Electric’s Biglow Canyon Wind Farm in February, the company quietly shut down the farm’s 217 turbines for months while it conducted an internal review, according to The Oregonian. Now landowners leasing the property to the company want answers about turbine incidents that have leaked oil into soil, caused fires, and dropped parts but haven’t always been reported. No national database exists to track wind farm incidents. MidAmerican Energy idled 46 turbines in Iowa last year after blades on two broke and fell. Seventy-six of the Biglow turbines are only halfway through their projected lifespan but may be replaced soon, sticking taxpayers with $156 million in costs. —Sharon Dierberger 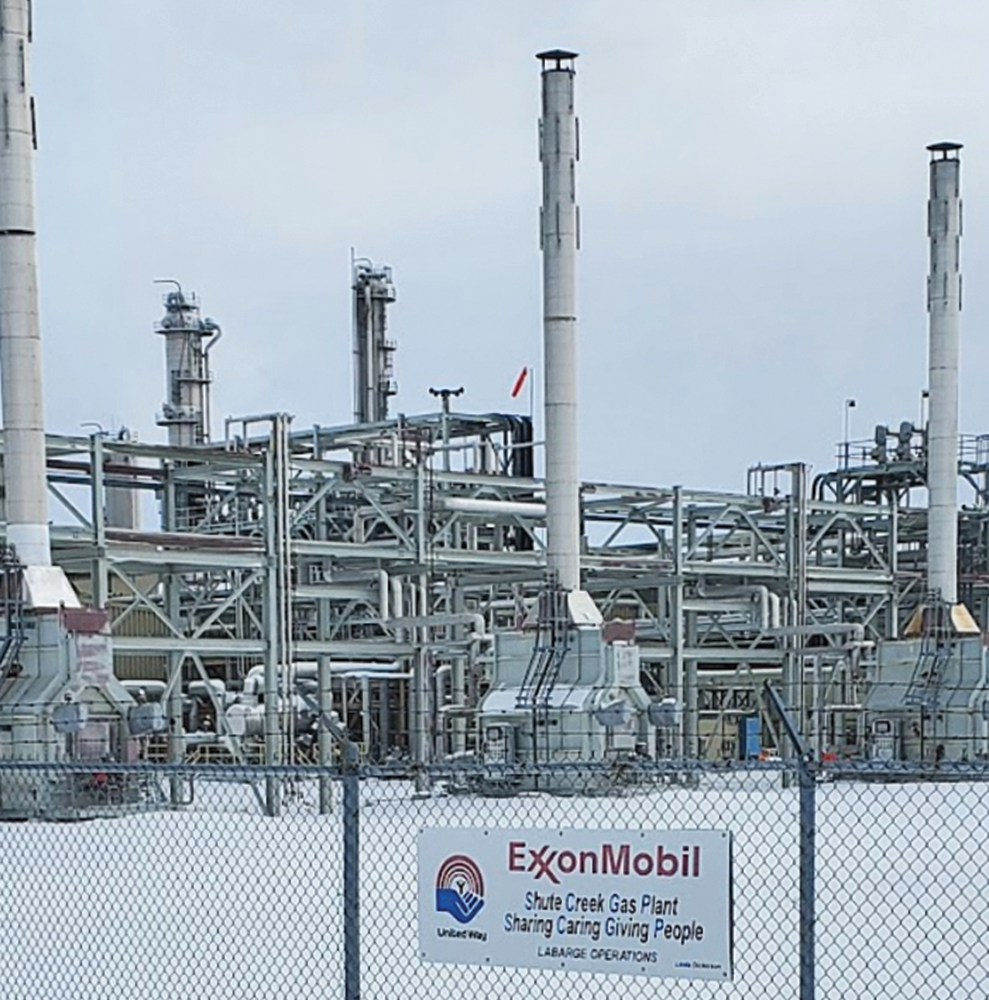 The U.S. Bureau of Land Management issued a permit to ExxonMobil in August to store carbon dioxide permanently underground in southwestern Wyoming. The nation’s largest oil and gas company will take CO2 produced by its natural gas mining operations and inject it 18,000 feet below the surface. This is the first permit the bureau has awarded for permanent CO2 storage, supporting the Biden administration’s goal to significantly reduce greenhouse gas emissions. While the agency called its decision a milestone in fighting climate change, reinjecting the gas underground is not new or done solely to reduce emissions. Since 1986, ExxonMobil has captured and reinjected approximately 6 million metric tons of CO2 released at its Wyoming facility. The company also captured and sold 114 million tons to reinject elsewhere in order to extract more oil from marginally producing fields. It also released 120 million tons of CO2 into the air. Climate-change activists say capturing carbon from oilfield operations helps the environment but doesn’t remove carbon in the atmosphere. —Todd Vician 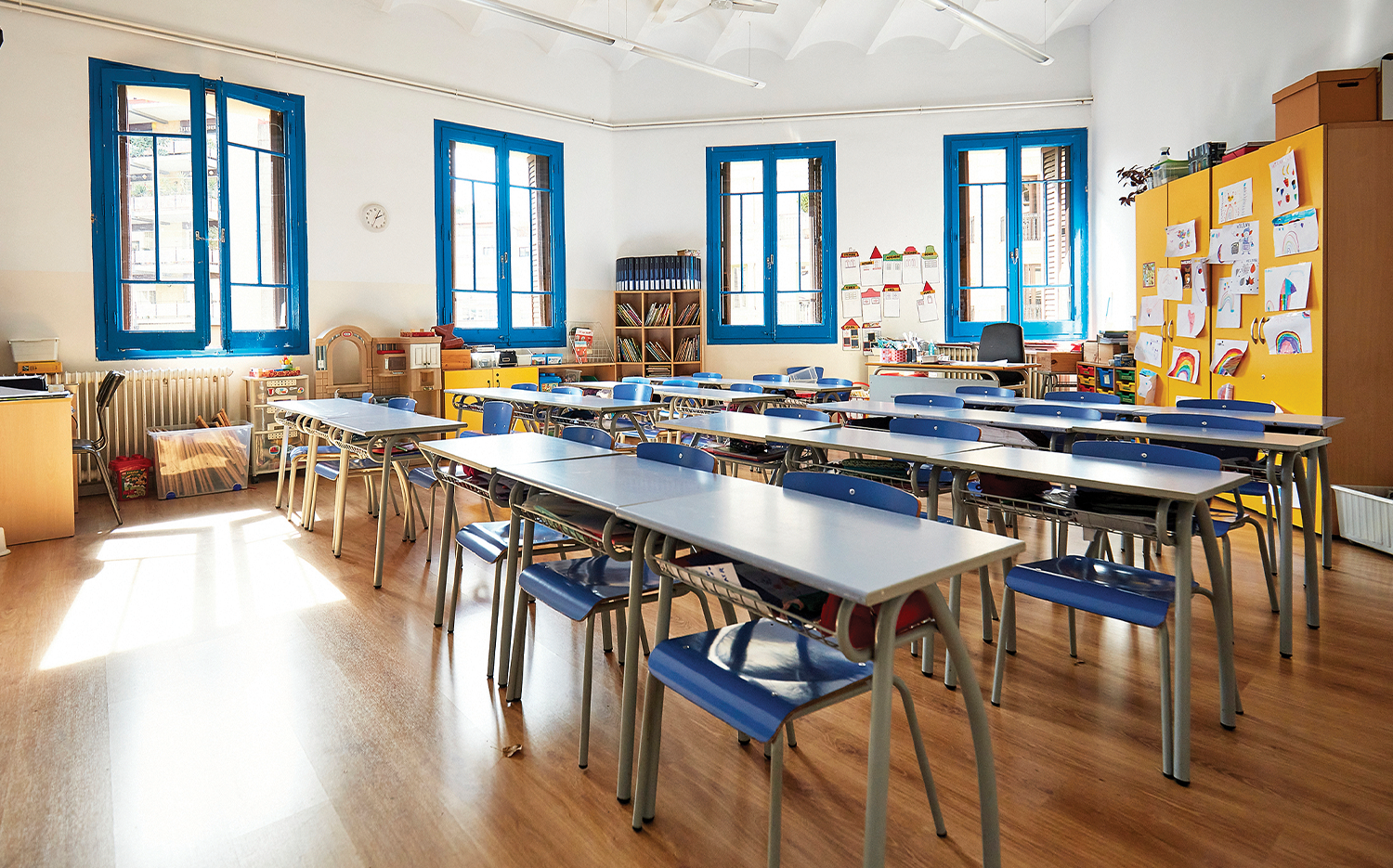 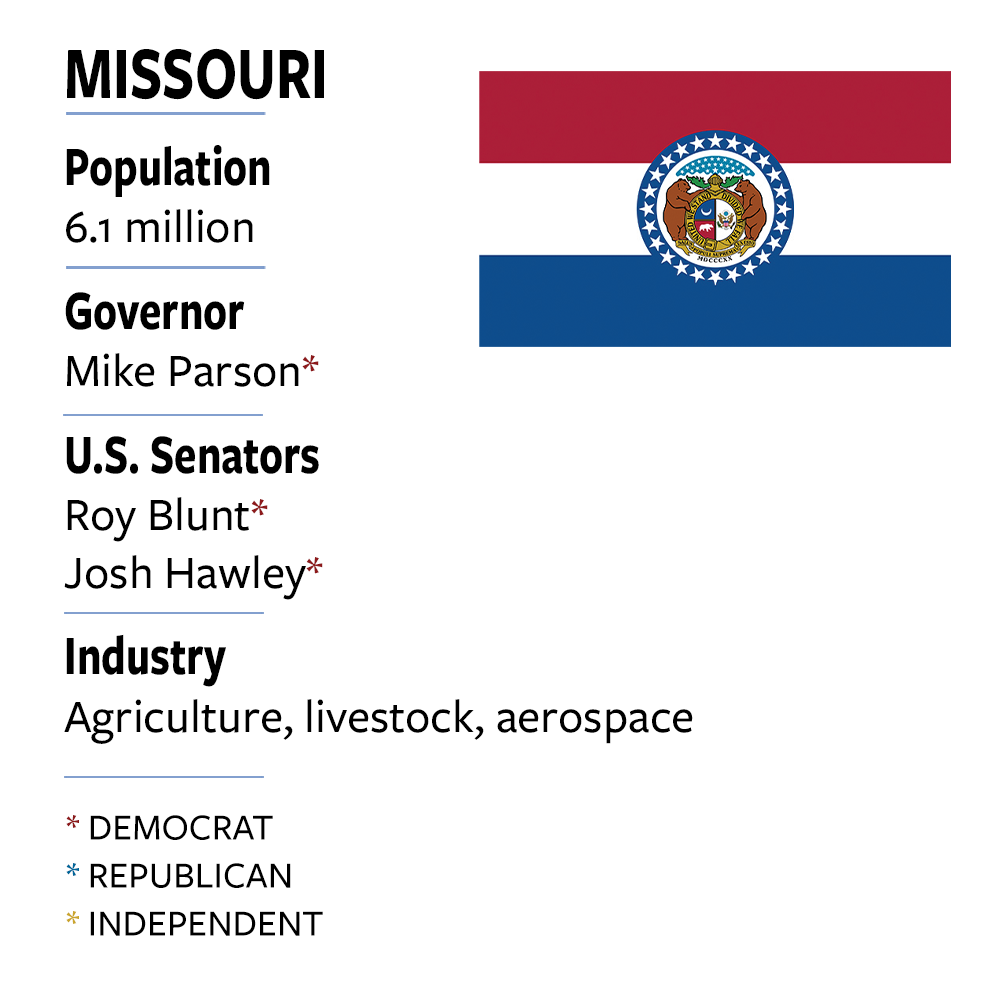 Spanking is making a comeback in one Missouri school district this year. School board members in Cassville, a district with 1,900 students, voted in June to bring back corporal punishment after parents expressed frustration that it was not allowed. Parents would still need to opt in, and faculty would have to exhaust all other forms of discipline first. The Cassville student handbook and board policy manual say the punishment would be administered by certified personnel with a witness present, and only by “swatting the buttocks with a paddle.” Superintendent Merlyn Johnson told the Springfield News-Leader that ­reactions have been largely supportive: “We’ve had people actually thank us for it.” Although spanking in schools was already legal in Missouri—and 18 other states—Cassville is one of the few districts to put it to use. —Juliana Chan Erikson

It was “water, water everywhere, but not a drop to drink” as flooding ­exacerbated long-standing problems at a Jackson water treatment plant. The crisis affected some 160,000 residents, precipitating the arrival of National Guardsmen and an emergency declaration from President Joe Biden. His pen stroke provided a bounty of help: a federal promise to fund 75 percent of the capital city’s emergency water work for at least 90 days. But even that may not be enough bailout. The EPA has for years cited problems with the Jackson water system—inadequate staffing, malfunctioning water meters, failure to perform routine flushing, and frequent line breaks. The city mismanaged collections, too. In 2020, Public Works Director Bob Miller confirmed delinquent water and sewer accounts of more than $43 million. Jackson-area churches continue to distribute bottled water among residents who have been under a boil water notice since late July. —Kim Henderson