Beer, parades, the wearing o’ the green. After Nicholas, no one commonly called a saint has had more celebration and legend grow up around him than “Ireland’s apostle,” Patrick. Yet unlike jolly old Sinterklaas, Patrick left an autobiographical record that offers a fascinating glimpse into not only his own life but also the spread of Christianity after the fall of the Roman Empire.

Few stories boast as much cinematic potential as this fifth-century Roman Briton’s. As Patrick describes his adolescence in his Confessio, he sounds startlingly similar to countless teens in modern evangelical families. The spoiled, uncaring son of a wealthy deacon, he sees affluence as his birthright and scoffs at his priests’ teaching about sin and salvation.

But, as is so often true, an encounter with suffering draws his heart to God. After pirates kidnap him and send him to Ireland for six years of punishing captivity, he writes, “The Lord opened up my awareness of my lack of faith … and he looked down on my lowliness and had mercy on my youthful ignorance. He guarded me before I knew him, and … protected me and consoled me as a father does for his son.”

A daring escape follows, after which Patrick’s parents receive him home with rejoicing. They beg him never to leave, but the missionary-minded young man enters ecclesiastical training determined to return to his enslavers and teach them about Christ. His life becomes no less dramatic once he begins to formally evangelize the Emerald Isle. He battles druids and pagan chieftains for the souls of the Irish people on one front and church hierarchy on another.

While I’m still waiting for a full-scale, big-budget treatment of a life that more than warrants it, CBN’s new docudrama, I Am Patrick, offers a wonderful primer on Patrick, separating the man from the myth. 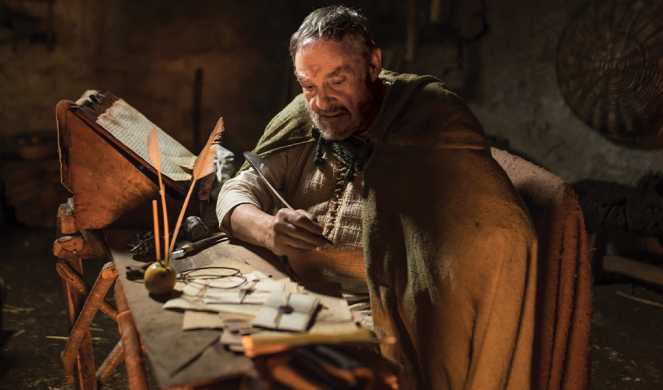 Starring John Rhys-Davies (Raiders of the Lost Ark, The Lord of the Rings), it hit theaters on March 17 and 18 for a special Fathom event and will likely land on a streaming service sometime after.

As Thomas Cahill laid out in his delightful little book, How the Irish Saved Civilization, without Patrick, there may well have been no Christian Ireland. And without Christian Ireland, countless Bible translations and other Christian records would have fallen victim to marauding Vikings.

It would have been nice if I Am Patrick had spent a little more time setting the saint’s life in this larger context and explicitly exploring how God used one faithful shepherd to preserve His Word in the Western world. But even with its tight focus on the two documents Patrick wrote, it’s still an engaging and inspiring tale (with plenty of on-location Irish scenery to boot).

Rather than joining the culture in drinking or debauchery, believers each year could better honor Patrick’s legacy by watching a nicely executed film about this hero of the faith.