David Block and Kenneth Freeman in God and Galileo (Crossway, 2019) throw light on the battle between Roman Catholicism and the scientist who became known as “the father of observational astronomy.” They show how political maneuvering at the Vatican contributed to the infamous decision to force Galileo to recant publicly while still holding to what his scientific observation told him: that the Earth moves.

Galileo insisted on the importance of observation rather than abstract theorizing, and scientists venerate him for that. But what happens when observation shows how fine-tuned for humans the Earth and even the whole universe is—and scientists admit that the odds against that happening naturally are … well, astronomical?

Proponents of intelligent design are modern Galileos harassed by the Church of Darwin. Since scientific evidence points to God’s existence, atheistic scientists hoping to avoid that admission have climbed onto the multiverse hypothesis, the idea that this universe is only one bubble of an infinite number, and we just live in the one bubble in which our existence is possible.

Block and Freeman emphasize that “these other universes are not observable, and we do not know whether they exist.” They then quote the cosmologist George Ellis: Multiverse theory is “a retrograde step. [It] abandons the key principle that has led to the extraordinary success of science. The claim that multiverses exist is a belief rather than an established scientific fact.” If science were football, we’d call multiverse theory a Hail Mary pass.

That would bring Catholic religion into the discussion—but wait, it’s already there with Galileo. It also looms in Frederic Martel’s In the Closet of the Vatican: Power, Homosexuality, Hypocrisy (Bloomsbury, 2019). Parts of Martel’s analysis make sense: Italian mommas could move from shame (“Your son’s a homosexual”) to fame (“You must have done something right to have a holy child”) by urging their gay-leaning sons to lean into the priesthood. Some of his statistics seem overwrought: “The Vatican is one huge closet” in which 80 percent of its officials live. The problem is obvious, and the pederasty that has often resulted is rightly notorious, but much of Martel’s book is off-the-record stuff and gossip that should be unacceptable in serious journalism.

Cardinal Joseph Zen, the former bishop of Hong Kong, has strongly criticized the Vatican’s coddling of Communist China’s regime: Zen’s For Love of My People I Will Not Remain Silent (Ignatius, 2019) explains why last September’s Rome-Beijing deal is a step toward “annihilation” of Roman Catholicism in China. 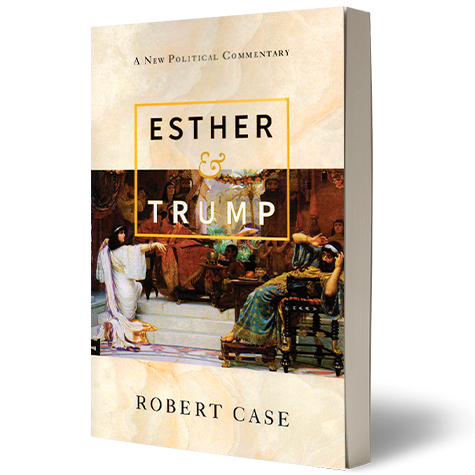 Robert Case’s Esther & Trump (Saluda Press, 2018) is a lively exegesis of the book of the Bible that does not name God—and Case, except in the title, does not name Donald Trump. His point is that Mordecai and Esther were devoted, loyal, and faithful members of the Jewish church who also honored and obeyed their political superior, the tyrant Xerxes: They showed that “a believing man or woman in high places in a hostile government can be God’s ambassador for the Church’s protection and advancement.” Case, who was dean of the World Journalism Institute before I took up that position in 2011, helped to place some young Christian journalists within secular newspaper offices.

Arthur Brooks offers good advice in Love Your Enemies (Broadside, 2019): “Feel that you’ve been unfairly attacked on social media? Respond with warm-heartedness. Overhear someone make a snide remark about people who vote like you? Respond with kindness.” He also points out that we do have agreement across ideological lines on some issues. For example, 97 percent of Republicans and 82 percent of Democrats “support requiring able-bodied adults to work, train, or volunteer at least part-time in order to receive welfare.” Promoters of every welfare expansion have emphasized hand-up rather than handout.