Dispensing death at the corner drugstore

When clinical pharmacist Dr. Ernie Cyr received a prescription request for misoprostol, his pro-life convictions made him think twice. The drug, developed to treat ­stomach ulcers, is also one of two drugs used in a chemical abortion. It causes the uterus to contract in early labor.

Cyr hesitated to sign off, believing the drug would be used for “abortion-related purposes.” So he asked another pharmacist to handle the order. That was about 20 years ago.

Today, the northwest Florida–based pharmacist worries that a recent federal rule change will force many more pro-life pharmacists into similar quandaries. On Jan. 3, the Food and Drug Administration updated a regulation to allow drugstores to dispense mifepristone, the first drug used in the ­abortion pill regimen. The change heralds a major expansion in local abortion access nationwide.

Previously, only a few mail-order pharmacies or specially certified doctors and ­clinics could dispense mifepristone, which blocks progesterone, a hormone vital for ­sustaining pregnancy. Although women still need a prescription, the Biden administration’s new rule effectively turns every willing retail pharmacy into “the new local abortion clinic,” said Cyr. Now, pro-life pharmacists across the country are considering what ­protecting the unborn may cost them at their workplace.

Current state laws governing the prescription and dispensing of abortion drugs vary. Following the FDA’s regulatory change, CVS and Walgreens announced they planned to get certified to dispense the pill in places where abortion is legal. The two largest U.S. pharmacy chains have more than 18,000 locations between them, with over 1,100 CVS pharmacies in California alone.

WORLD contacted several other pharmacy chains, asking whether they planned to stock the abortion pill. Albertsons, Safeway, Walmart, Health Mart, Kroger, Good Neighbor, and H-E-B did not respond. Rite Aid representative Catherine Carter said in an emailed statement, “We are reviewing FDA action and remain committed to ­complying with federal and state law.”

Tom McClusky, director of government affairs for CatholicVote, said the FDA rule change will be hard to reverse politically and culturally: “If you have Walgreens and CVS distributing all of a sudden—giving the thumbs-up to these death drugs—then it’s going to be harder to push back on.” But McClusky said he’s encouraging the group 40 Days for Life, which organizes prayer vigils outside abortion facilities, to consider adding these pharmacies to their schedules.

For pharmacies that want to provide the abortion pill, the new FDA regulations require them to be able to ship it. During the pandemic, the agency allowed some pharmacies to dispense the drug by mail. Federal law technically prohibits mailing of abortive drugs, but a new Justice Department memo reinterprets the law to allow the practice. Although pharmacies sending abortion pills will still have to pay attention to the legal status of abortion in each state, the opinion attempts to give legal cover to U.S. Postal Service employees who deliver the pills.

Katie Glenn, state policy director at Susan B. Anthony Pro-Life America, said the DOJ memo was “strategically timed” to send a message to retail ­pharmacies that “if you start into the abortion business … if you get into the game and start carrying abortion pills in your stores, we will not prosecute you under federal law.” 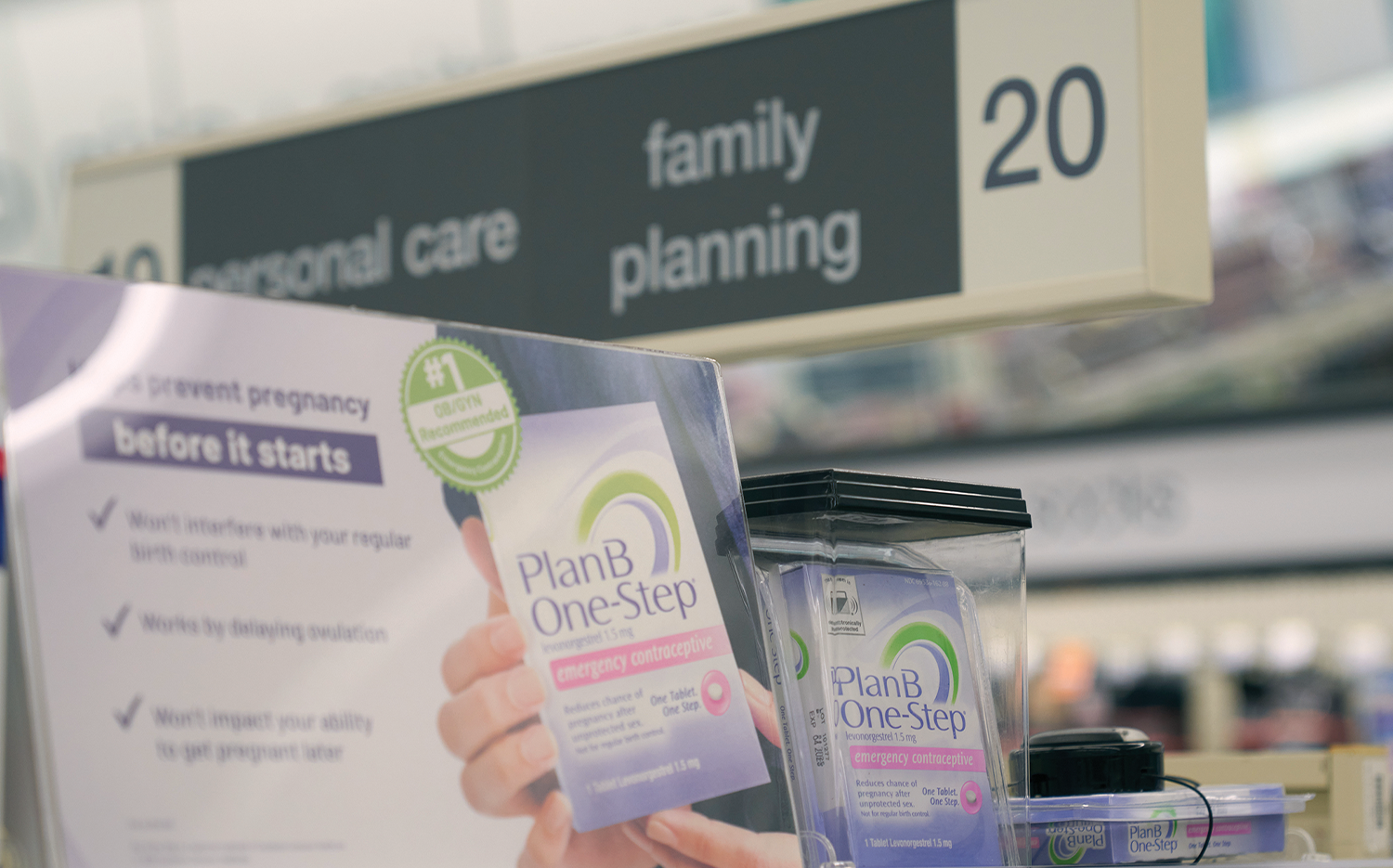 Shannon Zucca isn’t sure whether the large Texas retail pharmacy where she works plans to stock mifepristone for abortions. But she said she won’t be dispensing the pill. In the past, she hasn’t filled Plan B prescriptions for customers either: “They would go somewhere else. Or someone else [on staff] would do it.” Even so, the longtime pharmacist, in her 50s, is the ­primary financial support for her ­husband and three sons. For her and others, conscience protections are key—the right to refuse to perform an act that violates personal convictions.

The Church Amendment, passed by Congress in 1973, exempts private hospitals that receive government funding and individual healthcare ­providers from performing abortions and sterilizations. Most states adopted their own conscience clauses that allow healthcare workers to object to a procedure. Only a few states have conscience clauses on the books dealing specifically with pharmacies and pharmacists.

Texas considered a conscience clause for pharmacists in 2005. Zucca helped advocate for the act, but state legislators tabled the measure. “They didn’t see that there was a need for such a thing because it had never been an issue,” she said. Now she hopes ­lawmakers revisit the proposal.

“I think what’s absolutely necessary is that there needs to be more of a unified voice for the pro-life pharmacist position,” he said. “That support needs to be rooted in prayer for each other.”

In response to the Dobbs decision last June, Attorney General Merrick Garland released a statement affirming the FDA’s resolve to continue providing mifepristone in all 50 states.

“The FDA has approved the use of the medication Mifepristone. States may not ban Mifepristone based on disagreement with the FDA’s expert judgment about its safety and efficacy,” the press release read.

Garland’s release reflected that while states may outlaw the practice of abortion, banning the abortion pill itself may prompt questions of federal-state preemption, kicking off a legal battle over who has final say when it comes to FDA-approved abortion drugs. Garland’s memo didn’t include mention of misoprostol, the second drug used to perform an abortion in conjunction with mifepristone.

Several states that don’t completely outlaw abortions have made access to abortion pill prescriptions more difficult. Florida, for example, requires the prescription be administered by a physician and be accompanied by an ultrasound, counseling, and a waiting period. —Leo Briceno

A version of this page without the sidebar appeared in the Jan. 28 print issue.