Someone murdered Jean Tuggy, 61, who lived alone, back in 2016 in her home just outside of State College, Pa. In addition to the tornado of grief and shock over her death, her family had to absorb the social media response to her death. Her daughter Bekah Tuggy Fisher recalled that the news rippled onto her mother’s Facebook profile page, where people were posting outraged and heartbroken notes.

“I had to deal with seeing people question if the police were doing their job,” Fisher remembered. “I had to deal with people bringing my father’s innocence into question. It wasn’t just on my mom’s Facebook page; it was also on different crime-solver pages on Facebook and other platforms, and in the comments sections of online newspapers. It was a really weird time.”

The Facebook aspect of it was both “a huge help” and also “horribly difficult,” Fisher said. Facebook gave her the relief of not having to communicate the news about her mother’s death with many people in person, but she also had to absorb the “Facebook-public’s feelings and their assumptions about my feelings,” which were complicated because of a rough relationship with her mother.

Jean Tuggy’s profile remains active, now as a memorial page where her Facebook friends can post. Three years later, Fisher will still see notifications of posts on her mother’s Facebook page, and, as her mother’s murder is still unsolved, “the weirdness and tension hasn’t completely gone away.”

Social media after death is something few people consider until someone close to them dies. As the Tuggy family found, family and loved ones must suddenly deal with the emotional effects, including the question of the deceased loved one’s ongoing digital presence amid the grieving process. On Facebook’s settings page, for example, users can choose to have their accounts deleted upon their death or to have them become memorial pages—a recent development over the last few years for Facebook.

Practically speaking, according to estate lawyers, few people prepare their digital accounts for their death. Grocery store rewards, email, a YouTube channel, a Facebook account, cryptocurrency, cloud storage, and virtual property in a video game like Fortnite—all of these things are what lawyers call “digital assets,” and people don’t think to include them in their estate planning.

Many people share passwords to their accounts with family members or executors, but someone logging in to an account who is not the account holder is essentially a hacker under federal law. Recently a client gave estate lawyer Scott Magnuson all her passwords, since she was designating him as the executor of her estate, but he would be wary about using them: “I could be committing a crime.”

And laws governing such items are stuck in the 1980s, although states are just now starting to pass new laws that give executors more power to manage digital accounts. Without states providing legal access to digital assets for executors, tech companies are often obligated to lock or delete accounts.

“You might lose your email, your pictures, your cloud … even cryptocurrency,” said Magnuson, who practices in Pennsylvania, which is one of the few states that has no statutes about digital assets. “It’s a newer concept. Most people … don’t consider their email to be something to do estate planning around.”

Gerry Beyer, an estate expert at Texas Tech School of Law, compares people’s digital lives now to “the house of a hoarder,” in an extensive document titled Cyber Estate Planning and Administration. Digital assets can be “almost literally, infinite,” and every digital asset “requires different means of access.”

The rules for access often come under a company’s terms of service agreement (TOSA), and those agreements vary widely. Apple’s iCloud TOSA says that data will be deleted after a death, as does Yahoo’s. Facebook allows users to memorialize pages. Google allows users to designate someone to have access to their accounts after death.

Google’s euphemism for someone dying is if you’re “unexpectedly unable to use your Google account.” After a certain period of inactivity on a user’s Google account, the company will send an email to the user’s designated Google “heir” outlining which Google services—YouTube, Drive, Gmail—you granted the person access to.

Estate lawyers I talked to compared each account to a different safety deposit box for which you need different keys. The item in the box might belong to you, but you have to have the key. If you had, say, a document on Google Drive, that is your document, but if you don’t designate someone to have access to your Drive account, Google can’t grant access to the document after your death. One extreme example: Composer Leonard Bernstein had a manuscript of his memoir in a password-protected file on his computer when he died; no one has been able to crack the password.

In one case from 2011, a Wisconsin couple sued Facebook and Google to gain access to their son’s accounts after he took his own life without leaving any physical notes or writing that would explain his death. The father, Jay Stassen, said the couple was looking for “some kind of peace of mind.” Tech companies have been wary to release private data when a user hasn’t designated anyone access, but Google released the info to the grieving parents. (Stassen told the Duluth News Tribune that “nothing we have found so far has resolved in our minds what might have been happening.”)

“What if one or both of the authors had died in the process of writing the article—how would their executors access the article?” they asked. “What if, instead of an article (which we acknowledge has little monetary value), we were collaborating over a priceless manuscript or a musical score or groundbreaking medical research?”

Estate lawyer Magnuson, who is also an elder in the Presbyterian Church in America, encourages Christian clients to be “good stewards of what you’re given”—many Christians neglect estate planning entirely, he said. 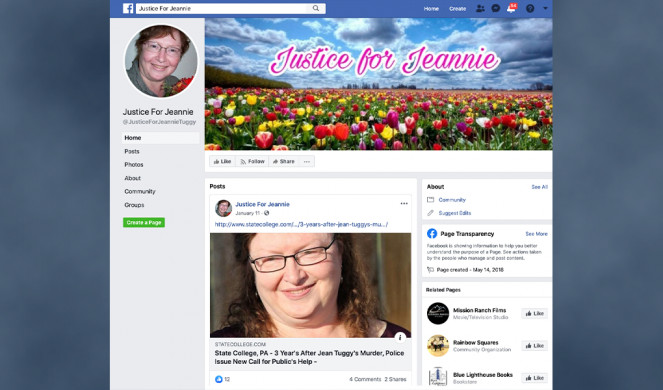 BEYOND THE PRACTICAL, lawyer side of digital assets, what about the emotional ripples of dealing with someone’s digital accounts after his or her death? Matthew McCullough, author of Remember Death: The Surprising Path to Living Hope and pastor at Trinity Church in Nashville, Tenn., said he’s wrestling through how to advise people about it.

He said in an email that social media can help Christians “to be public with the truth about death” but can also cause people to see death as less than the “fundamental and terrible separation” that it is. “If an ongoing social media account feeds a they’re-still-with-us, nothing-to-see-here, celebration-of-life sort of response to death, that’s telling less than the Christian truth about death and what Jesus has done about it,” he wrote.

Stephanie Seep was able to learn via Facebook that one of the middle-school students she taught for years in youth group had died of a drug overdose at age 18. She found it was helpful to have social media since she now lives overseas and couldn’t attend his funeral. “For me, it was comforting to read what everyone wrote,” she said. “I felt connected to him and like I had a window into his life.”

On the other side of that coin is Kat Gaulin: “It’s the worst when social media is how you find out someone you love has passed.” When her cousin died, the family made sure to enforce a ban on any social media discussion of it until they could inform everyone they wanted to directly.

When Jean Tuggy died, Fisher’s sister-in-law Marie Tuggy handled contacting Facebook to memorialize her account. She sent the company a news link about her murder, which Facebook accepted as proof of her death. Then Marie was surprised that a person from Facebook responded to her personally and shared condolences and explained how the page would work. Jean Tuggy’s friends would be able to continue to post on her wall, but there would be certain limitations to protect from spam and hacking.

Now Marie is the point person for the account, the person who has to report things to Facebook and whom the detectives on the case have as a point of contact: “I’ll be honest, it felt like it would be hard, but I’ve never had to deal with anything further on the account,” she said. “Facebook seems to be taking care of it quietly. … I go over there and look through her pictures at times and check to see if anyone has posted, but it’s slowed down a lot on there. … She gets the occasional birthday wish or love you or miss you which I know she would appreciate.”

Selah Cross’ 26-year-old son Cameron Cross died of suicide in 2017, and she has had to manage her son’s now-memorialized account on an ongoing basis. Only a day after his death, she said, one of his friends began posting on his page repeatedly, asking for a set of tools that Cameron owed him and saying other “mean” things on his page. The financial conflict went on for months.

That wasn’t the only difficulty. At one point Facebook removed Cameron’s account completely, which Cross attributed to a past girlfriend who may have had his login information, but after Cross frantically contacted Facebook, the company reinstated the memorial page.

Overall, Cross said, having Facebook was helpful. Like Fisher, she felt the relief of not having to have many conversations sharing the news of her son’s death. She wasn’t sure whether it was healthy to detach from personal conversations about his death, but she and her husband Earl thought “it was a mercy for us.”

Cross also found Facebook to be a way to continue to share the gospel with Cameron’s non-Christian friends. She put a post up about a year after his death describing how the family marked his birthday. The family sang several hymns including “Praise, My Soul, the King of Heaven” (his gravestone epitaph contained a line from the hymn: “Ransomed, healed, restored, forgiven”) and “I Am Jesus’ Little Lamb,” the song his parents sang with him every night before he went to bed. The family also read psalms and a part of the Heidelberg Catechism, which she posted on his memorial page:

“Q. What is your only comfort in life and in death?

A. That I am not my own, but belong—body and soul, in life and in death—to my faithful Savior, Jesus Christ. He has fully paid for all my sins with his precious blood, and has set me free from the tyranny of the devil. He also watches over me in such a way that not a hair can fall from my head without the will of my Father in heaven; in fact, all things must work together for my salvation. Because I belong to him, Christ, by his Holy Spirit, assures me of eternal life and makes me wholeheartedly willing and ready from now on to live for him.”

On the deceased’s profile page, the likes and comments poured in underneath.