In one corner sits Stedfast Baptist in Fort Worth, Texas, where Pastor Donnie Romero isn’t ashamed to use words this magazine won’t print to describe the homosexuals he’d rather not see. “I’m not gonna let any of these dirty [vulgarity] inside my church,” preaches Romero in a December 2014 sermon. “They are all pedophiles.”

In the other, there’s Probe Ministries not one hour away in Plano. Like Stedfast, this Christian apologetics group also believes homosexuality is a sin, but it argues thoughtfully. A Probe blog post arguing against same-sex marriage reads like a research paper, with 18 references to books and academic studies and this conclusion in the 37th paragraph: “God cannot and does not sanction homosexual relationships, so we cannot either. We can respect those involved without capitulating to their demands.”

Oddly, both have been labeled hate groups by the Southern Poverty Law Center (SPLC), the nonprofit famed for monitoring white supremacists and other extremists. In 2010 the SPLC expanded its mission to include anti-LGBT “hate” and subsequently added groups it deemed harmful to the LGBT community to its expanding list of active hate groups. Stedfast and Probe are two of the most recent additions, having been inducted in 2015.

To be a hate group, SPLC says organizations must have used dehumanizing language and pseudoscientific falsehoods to portray LGBT people as a danger to society, or else supported the criminalization of homosexuals.

It’s not hard to figure out why Stedfast Baptist makes the cut. WORLD looked at all 45 anti-LGBT hate groups on SPLC’s list, and some do fit the Stedfast mold. They include Westboro Baptist Church, infamous for picketing gay funerals; Verity Baptist Church, whose pastor praised an Orlando gay nightclub shooting that left 49 dead; and Faithful Word Baptist Church, whose pastor can be seen in a YouTube video driving past a gay rights rally and blasting “God hates [vulgarity]” out of his car stereo. Everyone in the car has a good laugh as they drive past.

The others, though, are different. Many of these groups say they are puzzled how their words translated into hate. We took a look at the accusations of hate the SPLC leveled against these groups, to see whether they proved true.

We looked up the blog posts. Probe does connect homosexuality to alcoholism and depression, with references to several 20-year-old scientific studies. We also checked the Centers for Disease Control and Prevention’s website: It currently supports both claims, saying gay and bisexual men are at greater risk for mental health problems. 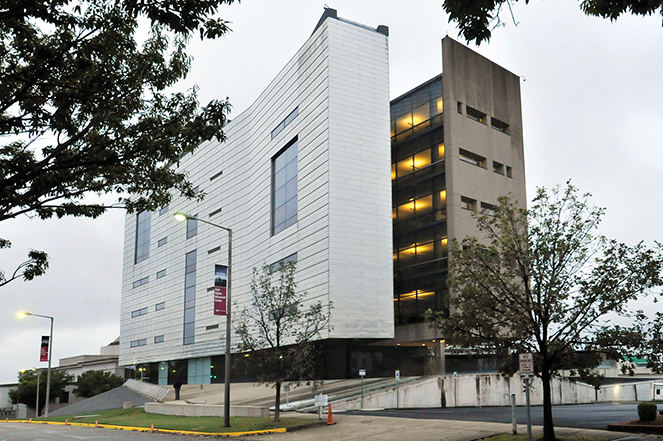 We were hard-pressed to find Probe associating gay men with pedophilia, but Probe did say children are more likely to be molested in same-sex marriages—buried in the 20th paragraph of a 2014 post about same-sex marriage. It pointed to research cited by the American College of Pediatricians (ACP), which said children raised by gay parents also tend to be more dissatisfied with their own gender, have homosexual experiences more often, and are encouraged to experiment in dangerous, destructive lifestyle choices.

The ACP, not to be confused with the much-larger American Academy of Pediatrics (AAP), is a coalition of doctors who say scientific research shows father-mother families are ideal for children. The AAP argues differently, and while it’s hard to know whose research is most accurate, the SPLC has cleverly silenced debate on the issue—by adding the ACP to its anti-LGBT hate list.

In September, Bloomberg View columnist Megan McArdle examined another SPLC anti-LGBT hate lister, the Ruth Institute, and looked into each accusation the SPLC made against the San Diego–based family advocacy group. McArdle found the SPLC had, in one instance, taken words out of context during a radio interview with Ruth Institute President Jennifer Roback Morse. In another, SPLC maligned Morse, a Catholic, for saying homosexuality is “intrinsically disordered,” even though those words were lifted directly from the Catholic catechism.

And there’s the Pacific Justice Institute. PJI’s president, Brad Dacus, said the SPLC also took his words out of context when it accused Dacus of comparing homosexuality to incest and polygamy. We reviewed a radio transcript of Dacus’ interview with Jim Schneider on VCY America’s radio show Crosstalk where he apparently made the comparison. It’s clear after reading Dacus’ entire quote that he was pointing out the slippery slope argument and legal loopholes if the Defense of Marriage Act was ruled unconstitutional. The SPLC added the Pacific Justice Institute to its hate list in 2014.

Being labeled a hate group didn’t mean much until this past August, when clashes with white supremacists in Charlottesville left one person dead. After that, it didn’t take long for people to notice groups like Stedfast, Probe, Pacific Justice Institute, or the Ruth Institute. A week after Charlottesville, the local paper called the Ruth Institute’s Morse to investigate “hate groups in San Diego’s backyard.” A month later, its credit card processing company cut ties with the group.

The Ruth Institute is the first instance of an online vendor cutting ties with an SPLC-designated anti-LGBT group for “promoting hate.” It may not be the last. Some groups told WORLD they’re concerned not just about staying legitimate, but staying in business.

The SPLC itself has little power beyond litigation, but because big companies, law enforcement agencies, contribution platforms, and media outlets all use the Montgomery, Ala.–based NGO’s hate list to determine who’s who in the world of hate and intolerance, its influence is surprisingly vast. In the wake of Charlottesville, several companies swiftly distanced themselves from white supremacist and other hate-related organizations. GoDaddy, Cloudflare, ICANN, and Google all cut ties with The Daily Stormer, a neo-Nazi site. GoFundMe deleted fundraising campaigns for the man who plowed through the Charlottesville crowd. PayPal and Apple piled on, suspending accounts associated with white supremacists. All used the SPLC’s hate group list as a reference point. 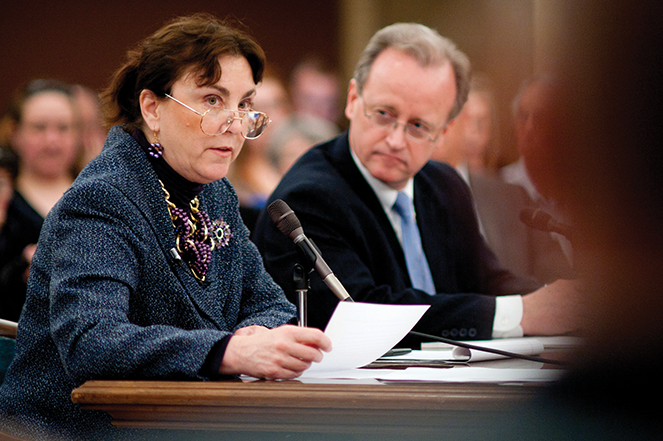 ‘I’m not letting them separate me from my beliefs.’ —Jennifer Roback Morse Glen Stubbe/ The Star Tribune/AP

If the tech companies all used SPLC’s hate group list to identify these groups, and Christian organizations with unpopular views on homosexuality are also on that list, could they be next to lose access to their accounts? The short answer: Not yet, but since companies have all remained silent on how they will treat anti-LGBT groups, this doesn’t rule out the possibility.

Of the 45 anti-LGBT groups on the SPLC list, WORLD found at least nine still use PayPal to process online donations. PayPal spokeswoman Kim Eichorn seemed unaware that their group had SPLC-designated anti-LGBT groups on its books and requested the names of the nine organizations WORLD had identified with PayPal accounts, but would not comment further. So far, none have lost their PayPal accounts, but because the SPLC has repeatedly pushed PayPal to suspend the 81 accounts affiliated with all hate groups on its list, some are taking matters into their own hands. Morse said the Ruth Institute is dropping PayPal, following in line with the American Family Association and Family Research Council, both on SPLC’s hate list since 2011, which canceled their PayPal accounts last year and told their members to do likewise.

Two of the anti-LGBT groups use Amazon Smile, the online giant’s charitable donation outlet, to boost donations: the legal advocacy group Alliance Defending Freedom and Citizens for Community Values (CCV), an Ohio family-rights group. Neither has seen an impact on their Amazon Smile accounts, but in August, D. James Kennedy Ministries—another group on SPLC’s list—sued Amazon because its hate group designation excluded it from Amazon Smile.

The Florida-based ministry is the first anti-LGBT lister to take legal action against the SPLC and has a similar lawsuit pending against Guidestar, a nonprofit index that in June used the SPLC’s list to flag 46 organizations on its list as hate groups. Guidestar promptly removed the designations following an outcry from conservative groups. Liberty Counsel, a religious liberties defense group that has been on the SPLC’s list since 2015, is also suing Guidestar.

CCV President Aaron Baer said neither PayPal nor Amazon has canceled its accounts since it made the hate list in 2014, but because Charlottesville heightened the profile of the SPLC’s hate list, he took more measures to protect his organization. He removed the group’s physical address from its website and is avoiding companies that support liberal causes, for fear they would not protect donor information or would drop CCV because of its beliefs about same-sex marriage.

“It would be irresponsible for us to not be preparing for what it means to work in this environment,” Baer said. “We’re moving to companies where we’re more comfortable with protecting our data and resources. It’s going to be more important than ever to be able to give anonymously. 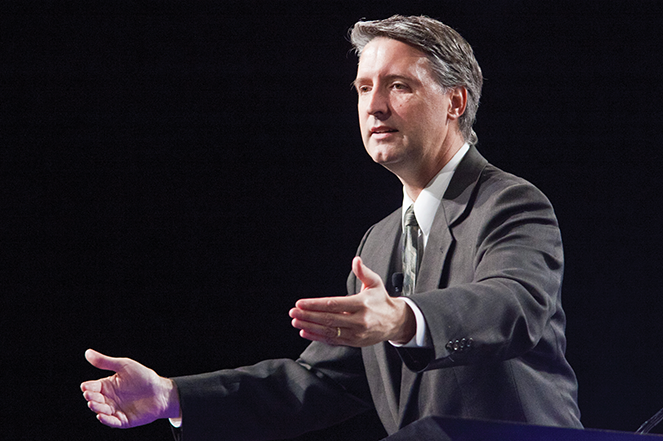 CCV and other small groups have also tried to keep a low profile since their designation, choosing not to join the D. James Kennedy lawsuit and limiting their responses to the public. For them, the SPLC’s large legal staff, influential allies, and long-standing trust as an expert on hate groups gives the groups little latitude to speak up. No matter how wrong-headed she believes the SPLC to be, the Ruth Institute’s Morse realizes it would be foolish for a small group like hers to take on the well-endowed civil rights group: “I’m not going into a battle I know I’m going to lose.”

Each group we spoke with said the SPLC blindsided them with the hate designation. With no warning or explanation, members say they’ve effectively become hostages with no clear demands on release. Sue Bohlin, who writes on marriage and sexuality issues for Probe, called the SPLC in the hopes of finding a listening ear, only to be turned away without explanation.

WORLD made numerous attempts to reach the SPLC, but SPLC spokesperson Kirsten Bokenkamp did not answer our questions, only sending a link to the SPLC’s FAQ page, which clarifies that the groups listed aren’t there merely because they believe homosexuality is a sin or oppose gay marriage. When pressed to explain how anti-LGBT groups could get off the hate list—were they one apology from freedom, or would it be more involved?—there was no response.

All of the groups we spoke with say they have gone out of their way to reach out to the LGBT community. Probe’s Bohlin said she’s rented rooms to lesbians and counseled many more as part of her work with Living Hope Ministries, a same-sex support group. The Pacific Justice Institute’s Dacus said he provided legal counsel to a lesbian mother fighting to retain custody of her child. CCV’s Baer used the word love to describe his feelings for his LGBT neighbors. All said they harbored no ill will toward the LGBT community. All said their hate group designation would not alter their belief that homosexuality is a sin, and if anything, their hate group designation may have cemented them deeper in that belief.

“I’m not letting them separate me from my beliefs,” said the Ruth Institute’s Morse. “If I’ve done something wrong, I’ll apologize—but I don’t think I have.”