A look at end-of-life books

Joni Eareckson Tada’s When Is It Right to Die? (Zondervan, 2018) updates her useful book from 1992. She explains again the problems with “right-to-die” laws, which have gained momentum, and shows why advance care directives are better than living wills. Spoiler alert: In such situations, trust a person who loves you rather than a piece of paper that gives power to the doctor in charge.

Paul Williamson’s Death and the Afterlife (IVP, 2018) includes scholarly summaries of the Biblical understanding of death and sub-Biblical ones, of resurrection and judgment, and of hell and heaven. His conclusion: The traditional evangelical understanding of death and the afterlife has solid exegetical support. Timothy Sisemore’s Finding God While Facing Death (Christian Focus, 2017) has pastorally and personally useful chapters on loved ones dying, mourning a child’s death, and facing our own.

Departing in Peace by Bill Davis (P&R, 2017) is a good, practical guide to (as the subtitle states) Biblical Decision-Making at the End of Life. The Elephant in the Brain, by Kevin Simler and Robin Hanson (Oxford, 2018), includes unsurprising material about hidden motives in everyday life, but the chapter on medicine includes interesting research on how much of our spending on health doesn’t make us live any longer: Much of the expenditure merely signals that we care about others, and ourselves. Going back 15 years, Allen Verhey’s Reading the Bible in the Strange World of Medicine (Eerdmans, 2003) is still timely.

Secularists often ask why the good die young, and sometimes very young. Daniel Hallock’s Six Months to Live: Learning from a Young Man with Cancer (Plough, 2015) is a good book to give those facing a death sentence. At the Heart of the White Rose: Letters and Diaries of Hans and Sophie Scholl (Plough, 2017) shows how a 24- and 21-year-old brother and sister at the University of Munich resisted Hitler and were quickly arrested and executed. Standing Athwart a Culture of Death, edited by Kathryn Lopez (National Review Institute, 2018), collects 31 good pro-life articles published by National Review over the past 45 years.

Linda Greenhouse sent monthly checks to Planned Parenthood as she covered and praised in The New York Times a pro-abortion Supreme Court. She writes in Just a Journalist (Harvard University Press, 2017), “It was important to me to write a check every month and sign my name. It was the signature of a citizen. The stories that appeared under my byline, on abortion and all other subjects, were the work of a journalist.” Hmm … can anyone spot the worldview in this sentence: “The safety of an abortion is a documented fact”?

Greenhouse not only denies in her book the humanity of unborn children, but the humanity of her many pro-life critics: “If anyone ever thought [her stories] failed to measure up to professional standards, they never told me or anyone else.” Maybe “anyone” only refers to other liberal journalists: Pro-lifers for years pointed out her bias. 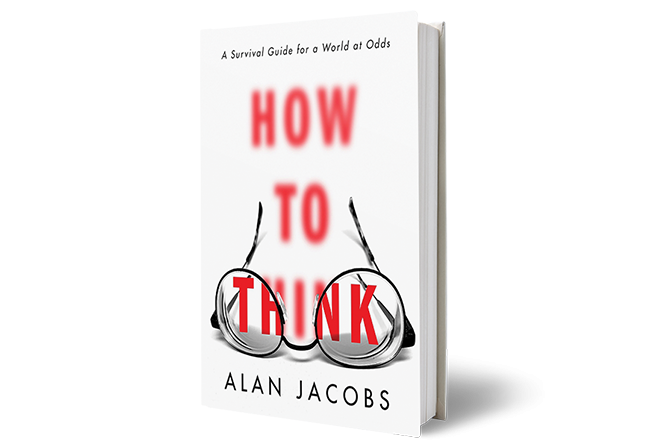 In Graciousness: Tempering Truth with Love (Reformation Heritage, 2018), John Crotts clearly shows not only why we should be kind in our evangelism but how: The chapters on cultivating graciousness in our hearts and minds, and moving from there to graciousness in action and in community, are particularly valuable in an era of rants and tweets. Graciousness should not be confused with dodging truth, though: Keith Whittington’s Speak Freely: Why Universities Must Defend Free Speech (Princeton, 2018) summarizes well the college free speech tradition and critiques current tendencies to curtail it by emphasizing trigger warnings, safe spaces, and “hate speech” labels. Alan Jacobs in How to Think (Currency, 2017) is on the side of graciousness and free speech and offers advice on combining both: When we’re provoked about “what someone has said, give it five minutes. Take a walk. … Remember that you don’t have to respond to what everyone else is responding to in order to signal your virtue and right-mindedness.” —M.O.

Sub-biblical means man’s speculations, which are of course inferior to God’s Truth. Another way of writing that sentence would be: “... includes scholarly summaries of the Biblical understanding of death, resurrection, judgment, hell, and heaven—and human, sub-Biblical understandings as well.”

I find the sentence containing the following wording baffling. Is it possible to clarify, please? "... includes scholarly summaries of the Biblical understanding of death and sub-Biblical ones, of resurrection and judgment, and of hell and heaven." What is "sub-Biblical" and to what does "ones" refer?