Retired Colorado school bus driver Dennis Pesce remembers how, every year in mid-March, his job would get exponentially harder as the school drop-off lane became congested with parents dropping off students who missed the bus. The reason: the beginning of daylight saving time, or DST.

Tired parents and cranky children across the country know the confusion resulting from loss of sleep as the clocks spring forward one hour to increase the amount of evening daylight. But some lawmakers in state legislatures as well as Congress are pushing legislation to eliminate the time change each spring and fall, citing energy and health benefits.

DST, which starts on March 14 this year, has always been controversial: The practice began in 1918 with the Standard Time Act as a means of conserving energy (from lighting and heating) to support the war effort. A year later, the time change was repealed and became optional for states and municipalities. In 1942, President Franklin Delano Roo­sevelt reinstituted DST, maintaining it year-round until 1945. Over the next two decades, the question was left to states and local governments.

The practice began in 1918 with the Standard Time Act as a means of conserving energy to support the war effort.

In 1961, a transportation industry study found that an hourlong drive between West Virginia and Ohio required passing through seven time zones. This finding drove passage of the Uniform Time Act of 1966, bringing the whole country to observe daylight saving time for six months of the year while allowing states to pass bills to opt out. Today, DST is in effect eight months of the year in all but two states—Arizona (excluding the Navajo Nation) and Hawaii.

DST is up for debate yet again. Legislatures in at least 10 states from Alabama to Washington have pending bills to make DST year-round, eliminating the semiannual clock change. In January, Rep. Vern Buchanan, R-Fla., resubmitted the Sunshine Protection Act, which would make DST permanent across the country. He touted the purported benefits: Americans can engage in more outdoor physical activities, cutting down on childhood obesity. The extra hour of evening light could reduce violent crime such as robberies. A study found DST reduces artificial light use, decreasing electricity consumption.

Yet critics of the plan note the potential benefits to energy conservation, traffic safety, and crime reduction are minimal, pointing to a 1974 study by the U.S. Department of Transportation. A 2008 Department of Energy assessment found DST only reduced primary energy consumption by 0.02 percent, as the use of air conditioning increases in the early evening hours. 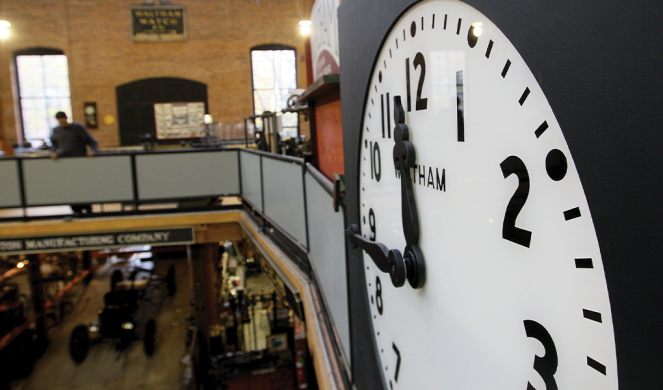 Also, year-round DST has been tried before and failed: In January 1974, President Richard Nixon made the switch in response to the OPEC oil embargo that had sharply curtailed energy supplies. Parents complained about walking their children to school in pitch dark conditions, and the unpopular measure ended the following October.

Still, changing the clocks has another impact—it affects Americans’ health. That’s apparently due to the disruption of sleep patterns.

In the first week after DST begins, the risk of heart attack increases by 17 percent, according to a study published in The American Journal of Cardiology. Researchers suggest alterations in biological clock rhythms are to blame. In Finland, a study found an increase in hospitalization for acute stroke in the first two days after transitioning to DST. Human error also plays a part: Hospitals found a 19 percent increase in serious patient safety events in the first week following transition to DST.

Health effects like these have the American Academy of Sleep Medicine championing fixed, year-round standard time for the entire country.

Michael Malament Michael is a graduate of the World Journalism Institute mid-career course.
COMMENT BELOW

I'm with you!  I'm 66 too, and we have never liked the springing forward and losing that hour of sleep, even when we were younger (and raising 6 children).  Let's just stay with Standard Time... or better yet, I wouldn't mind going by the sun!  I always wanted a sundial in the yard. ;-)

The issue for me [I live in Maine] has always been the CHANGE [Spring forward, Fall back...Grrrr] - my HOPE is that we could KEEP FROM CHANGING THE CLOCK AT ALL. As I've aged [I'm 66] the CHANGE gets more onerous. FIXED TIME FOR ME! ~LOL