We interrupt our regularly scheduled reviews to warn readers who have absorbed my annual praise for Daniel Silva’s usually exquisite novels. Like clockwork a new book featuring Israeli spy hero Gabriel Allon has appeared each July. Two summers ago I set my one-day record for steps (40,500—20 miles) while reading the new arrival slowly and relishing it. But I feel painfully obligated to say this: Despite Bob Woodward’s “Can’t put it down” recommendation, you should save your money and not pick up Silva’s latest, The Order (Harper, published on July 14).

The problem is that Silva, in book 20 of the Allon series, grabbed from the dried-up modern novelist’s bag of tricks a clichéd conspiracy tale: An ancient document, in this case the “Gospel of Pilate,” disproves the Gospel accounts—so some commit murder to sideline the truth. Gabriel declares “the writers of the four Gospels guilty of the most vicious slander in history” and says anti-Semitism exists “all because of those nine words” in Matthew 27:25—the crowd tells Pilate regarding Jesus, “His blood be on us and on our children.”

In an author’s note Silva acknowledges that the Gospel of Pilate “does not exist.” He lauds his bigoted sources, including “Bart D. Ehrman, the distinguished professor of religious studies at the University of North Carolina,” and “religious scholar Reza Aslan.” He echoes their assaults with statements like “The gospels were never intended to be factual records.” Actually, Luke begins his Gospel by noting that some had compiled narratives and “it seemed good to me also, having followed all things closely for some time past, to write an orderly account.” Luke searches for accuracy so his readers “may have certainty” about what they’ve heard.

Silva has sought accuracy in previous works, but The Order is sloppy. He emphasizes Matthew’s inclusion of the “nine words” and Mark’s exclusion: “Both accounts cannot be correct. If one is right, the other is necessarily wrong.” But the details of their accounts are similar, except that Mark doesn’t include the quotation. Silva’s author’s note says: “A reporter who made such a mistake would surely have been reprimanded by his editor, if not fired on the spot. The most plausible explanation is that the entire scene is a literary invention.” But here’s a more plausible explanation: Mark’s Gospel has 678 verses, Matthew’s 1,071. The latter is 37 percent longer and more detailed throughout. One WORLD writer includes more detail; another is terser. I don’t fire either. 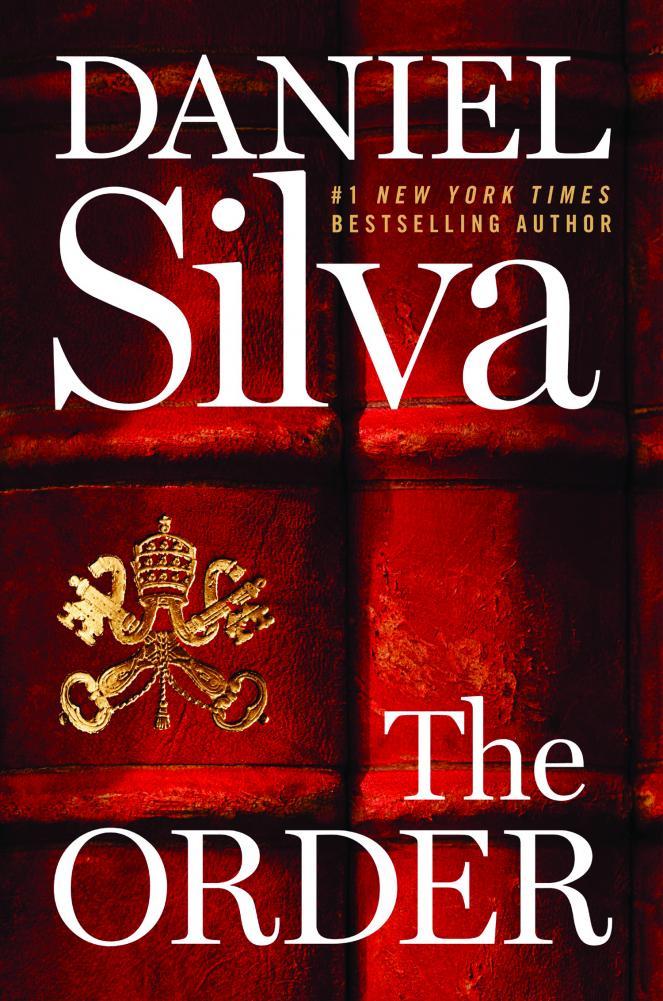 Silva, unusual for him, does include one charming mystical touch. Gabriel gets the first page of the “Gospel of Pilate” from a sandal-wearing Father Joshua, and later encounters him during a Venice flood: “The priest seemed to move across the floodwaters without disturbing the surface.” Gabriel, wondering how Father Joshua made it into the Vatican’s “Secret Archives,” says, “Your name doesn’t appear on the staff directory. … You weren’t wearing any identification that day.” Joshua responds, “Why would someone like me require identification?” Gabriel: “Who are you?” Joshua responds, “Who do you say I am?” Hmm. Joshua says, “I bear in my body the marks of the Lord Jesus,” and raises a bandaged hand. Then he disappears.

Silva grew up in a Catholic home, married a Jewish CNN correspondent, and converted to Judaism. One of his characters says, “I decided I could be both a Christian and a Jew. After all, Jesus was a Jew.” As a convert myself I understand different tugs, and enjoy spy novels from a variety of perspectives—but a writer should do his homework. The better response to anti-Semitism is: add, don’t subtract. Instead of trying to eliminate a verse, read it in the context of other verses, such as John 4:22’s “salvation is from the Jews.” Yes, remember that Jesus and all His Apostles were Jews. Remember not to eliminate Matthew 19:19 and 22:39, Mark 12:31, Luke 10:27, Romans 13:9, Galatians 5:14, and James 2:8: “You shall love your neighbor as yourself.”