The Stuff Between the Stars

Nickel introduces young readers to Jewish astronomer Vera Rubin and her breakthrough discovery of dark matter. Vera developed a childhood fascination with the night sky as she gazed out her bedroom window. She later studied astronomy in college and pursued her astronomical questions with persistence while becoming a wife and mother and encountering resistance in the male-dominated scientific field. Even as she made significant discoveries, she “wasn’t bothered by not knowing” the mysteries of the sky. (Ages 6-9)

On the Other Side of the Forest

A young bunny lives with his father and dog on a little farm surrounded by a dense, dark forest. Father’s curiosity about the other side of the forest prompts him to build a tall tower by trading his fresh-baked bread with neighbors for their large stones. When a storm ruins the tower, neighbors show up to help rebuild. The cooperative effort becomes more magnificent than what father and Arthur discover on the other side of the forest. Robert’s storytelling combines beautifully with Gérard DuBois’ vintage-inspired inked and colored illustrations. (Ages 3-8)

Cordell’s short chapter book follows two mice who are best friends but could not be more different. One loves to plan ahead (Cornbread), and one is free-spirited and chooses adventure instead (Poppy). Poppy’s lack of preparedness and a food shortage prompt the mice to forage an intimidating mountain where they find unexpected provision and friendship. Cordell’s endearing characters and comical watercolor and ink illustrations make this a delightful pick as a read-aloud or an early reader. A second installment, Cornbread & Poppy at the Carnival, releases in June. (Ages 6-8)

The Three Princes of Serendip

“Stories are the best travelers,” Al Galidi writes in the opening. He wrote the book in Dutch (Laura Watkinson translated it to English). It includes 20 Arabian fables and folktales he learned as a child living in Iraq. Geertje Aalders’ cut-paper collages accompany stories that convey simple lessons about virtues and vices. Some will be more meaningful than others for Christian families, but enjoyable nonetheless. In one story, an arrogant rooster comes to realize, “I was so wrapped up in myself that I didn’t even hear all the other roosters.” (Ages 6-9) 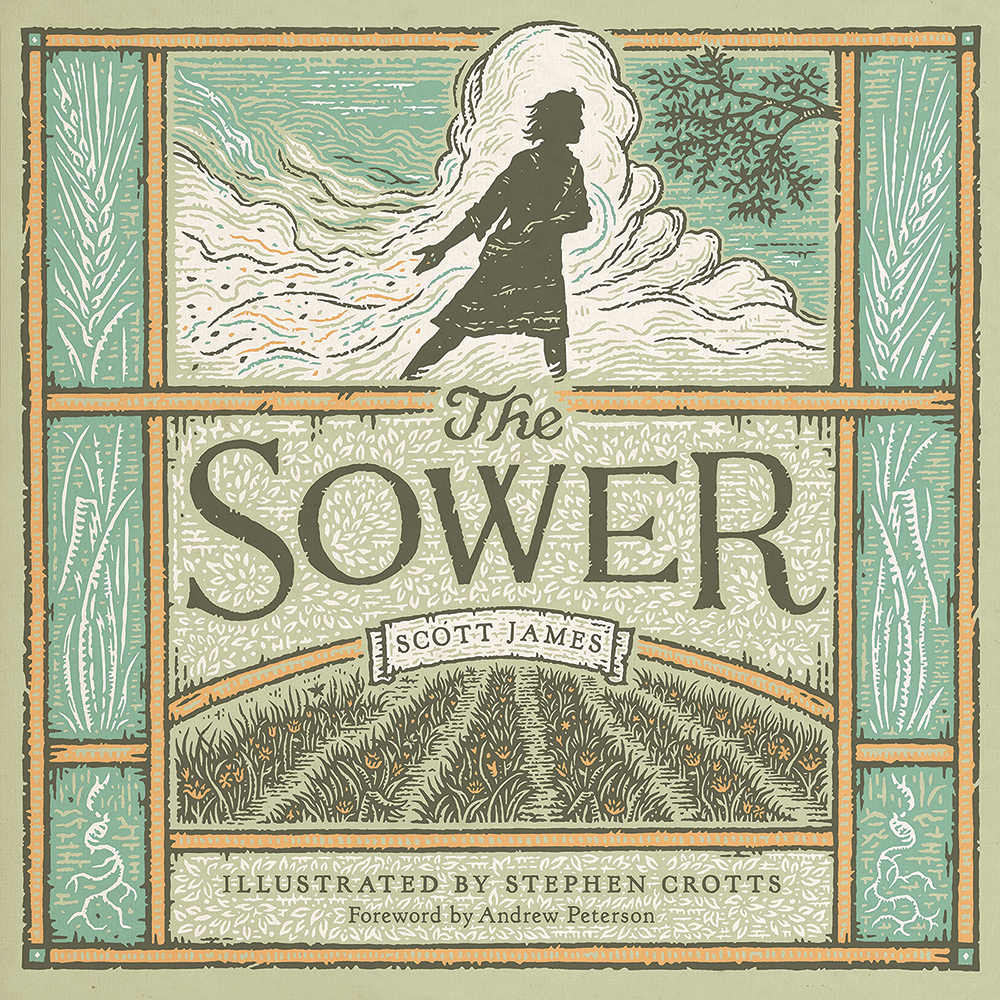 The words and pictures in The Sower by Scott James “tell a true story about the way God is making the world (including us) new,” writes author and musician Andrew Peterson in the foreword. James portrays the Biblical story of creation, fall, redemption, and restoration from the vantage point of a loving Creator, depicted as the Sower, who purposefully tends to his people and completes his work. Using light and dark, Crotts captures the contrast of the abundant life that comes through nearness to the Sower and the brokenness for those who drift from his voice.

The Forgotten King, by Kenneth Padgett and Shay Gregorie (available May 10), reads like a poetic ­parable. A wizard puts a curse on villagers who once delighted in their king. When they forget his goodness and lose their way, the king sends his son to make things right and ensure he will never be ­forgotten again. —M.J.