In This Life: Secular Faith and Spiritual Freedom (Pantheon, 2019), Martin Hägglund understandably writes, “The thought of my own death, and the death of everything I love, is utterly painful. I do not want to die, since I want to sustain my life and the life of what I love.” But he then writes, “At the same time, I do not want my life to be eternal. An eternal life is not only unattainable but also undesirable, since it would eliminate the care and passion that animate my life.”

Say what? In “Amazing Grace” we sing, “When we’ve been there ten thousand years, / Bright shining as the sun, / We’ve no less days to sing God’s praise / Than when we’d first begun.” That joyful excitement moves me, but Hägglund writes, “If I believed that my life would last forever … I would never be seized by the need to do anything with my time.” That doesn’t make sense to me: I don’t need an imminent deadline to write a column. Some do, but why make that weakness a universal principle?

And why do we care about time? Vishal Mangalwadi’s This Book Changed Everything (SoughtAfterMedia, 2019) describes the Bible’s multiple impact on us—including our understanding of time. He describes boarding a German train scheduled to get him to a small village at 5:59 p.m.—and he arrived at 5:59! Mangalwadi compares that with the experience of a friend in his native India who arrived at a railway station 25 minutes before the train’s scheduled departure, only to see the train move away before he could board. The friend marched furiously to the station manager and complained, but the manager said, “Oh! That was yesterday’s train.”

Mangalwadi asks why the cultures are so different. He says European Bible-readers learned that man “began in time … but God breathed eternity into his soul. … Resurrection and eternal life make us greater than time. Human beings can and ought to manage or steward time.” He also notes, “Hindu philosophers were brilliant. They could have made mathematics the language of science but did not because their energies were spent seeking ways to be delivered from the illusion (Maya) of the physical world.”

Andreas Wagner begins Life Finds a Way: What Evolution Teaches Us About Creativity (Basic, 2019) by relishing eons of time: “Long before life itself arose, nature … created glittering crystals, like the diamonds that take millions of years to gestate in the womb of our planet. … Once these building blocks had assembled into the earliest living cells, Darwinian evolution kicked in.” Note the usage: “had assembled.” Who assembled them? Then, “kicked in”: a mechanical metaphor in a book about creativity.

Lewis Dartnell begins Origins: How Earth’s History Shaped Human History (Basic, 2019) with four words: “We are all apes.” The book goes downhill from there. 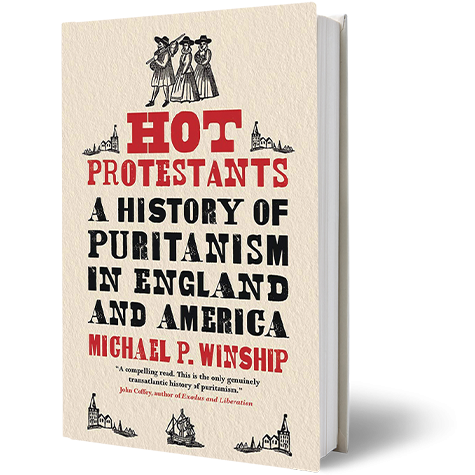 Former Rep. Barney Frank, D-Mass., said, “Government is simply the name we give to the things we choose to do together.” In Christ and the Kingdoms of Men (P&R, 2019), David Innes points out other ways. (Among them: family, community, church.) Hervé Le Tellier’s All Happy Families (Other Press, 2019) is a memoir of a French writer who grew up in a dysfunctional family and calls himself “a monster” because he never felt warmth or affection. Michael Winship’s Hot Protestants (Yale, 2019) is a critical but not crabby history of English and American Puritans, who often had warm families.

Economist Adam Smith said, “People of the same trade seldom meet together … but the conversation ends in a conspiracy against the public, or in some contrivance to raise prices.” Jonathan Baker’s The Antitrust Paradigm (Harvard, 2019) favors governmental action to improve economic competition. Smith saw the problem but would be skeptical about Baker’s solution. John Tolan’s Faces of Muhammad (Princeton, 2019) engagingly shows how Europeans over the past millennium have viewed Islam’s founder in a variety of ways: idol, trickster, pseudo-prophet, revolutionary, reformer, lawgiver, romantic hero. —M.O.