The Biden administration in March proposed new grantmaking rules—which could take effect in May—that some critics say could stop the charter school movement in its tracks.

The rules, which determine how federal startup grants are doled out, would require increased cooperation between proposed charters and existing public schools and set new requirements for charter school proposals. Charter advocates say that could hurt new schools, while others argue the rules are an overdue crackdown on for-profit management models.

The Charter Schools Program (CSP) was launched during the Clinton administration in 1994 and provides startup or expansion grants for publicly funded, privately run schools. A 2019 Department of Education report found that nearly 60 percent of charter schools that opened between 2006 and 2017 received startup funding through a CSP grant. President Joe Biden’s 2023 budget request allocated $440 million for charter schools out of a total $88.3 billion in discretionary education spending.

The Network for Public Education, an advocacy group critical of charters, said the new rules would help end “the spread of charters run for profit.” The group set up an online petition for followers to express their support for the proposed regulations, and as of early April it had collected more than 4,000 signatures.

The organization’s website keeps a running list of what it terms “charter scandals” under categories such as “student/family dissatisfaction,” “academic failure,” “financial issues,” “closure,” “theft or fraud,” and “administrative failure.” Under the proposed rules, for-profit managers would not be allowed to apply for CSP grants. But charter supporters say the rules’ reach goes far beyond for-profit concerns.

Michael Petrilli, president of the Thomas B. Fordham Institute, said the new regulations “could really grind the charter school movement to a halt.” Most concerning to Petrilli is a stipulation that a proposed charter school submit a “community impact analysis,” proving, among other things, that it will “not exceed the number of public schools needed to accommodate the demand in the community.” In other words, if there are already enough public school openings for local students, then there would be no need for a new charter school, according to the new rules. 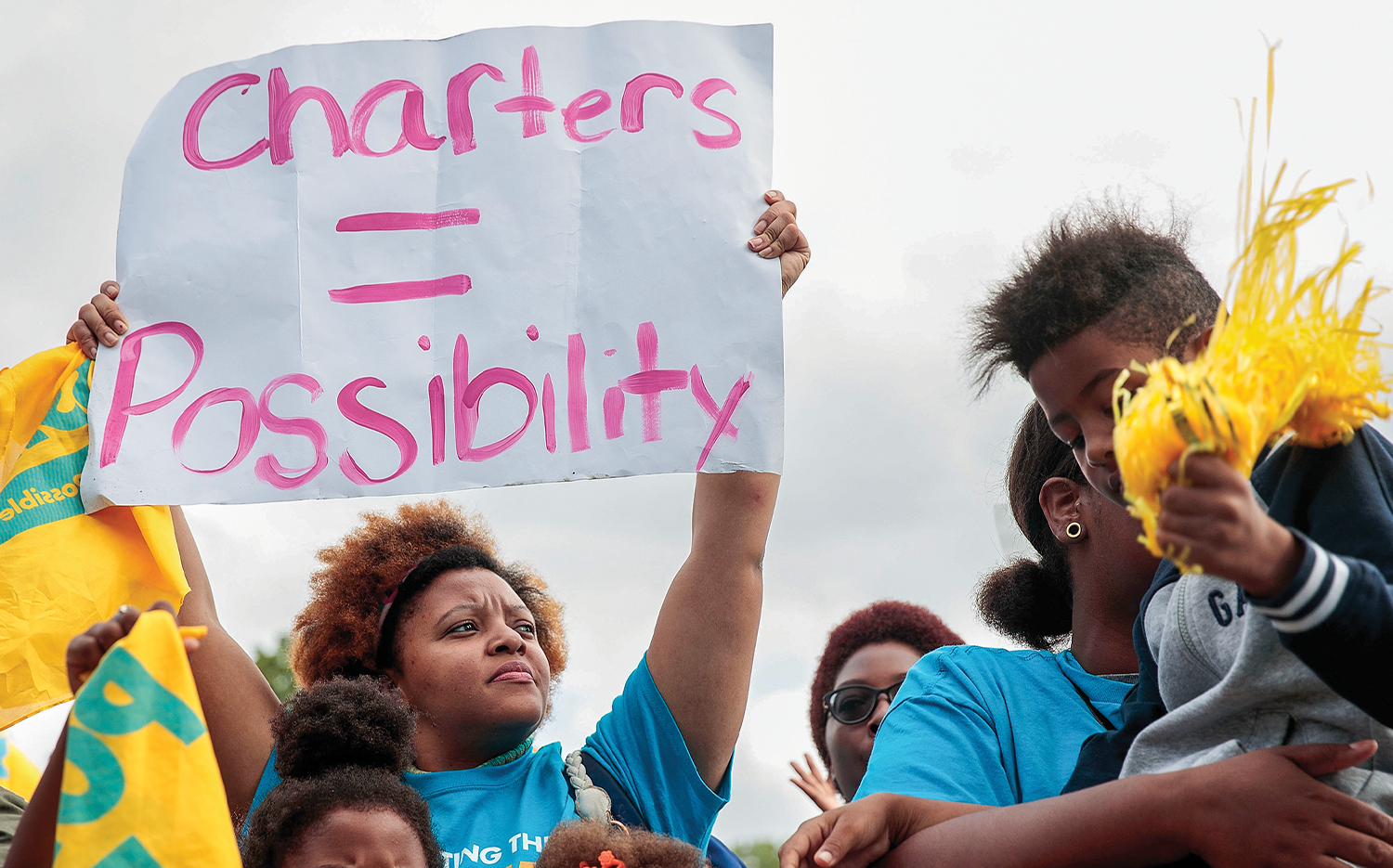 “They basically say, you cannot start a new charter school in a place that has flat or declining enrollment, and in the wake of the pandemic, that’s almost everybody, everywhere,” Petrilli said.

Karega Rausch, president of the National Association of Charter School Authorizers, said in a statement that the regulations would hinder communities from starting schools that meet local needs.

Six Republican U.S. senators sent a letter to Secretary of Education Miguel Cardona asking the administration to abandon the proposed rule changes. The senators called the proposal “a blatant reversal of three decades’ worth of bipartisan support for charter schools.”

Cardona told The Washington Post that he disagreed with concerns that the new regulations would complicate the process for new charter schools to open.

The Fordham Institute’s partner organization, the Thomas B. Fordham Foundation, authorizes 12 Ohio charter schools. An authorizer measures a school’s performance, determines guidelines, and decides if new schools can open. In states that allow charter schools, the state determines who can be an authorizer: Sometimes school districts or state boards of education fill the role, while in some states, such as Ohio, nonprofits may take on the job.

Petrilli predicted that under Biden’s proposed regulations, many smaller charter school proponents would be unable to open schools, while wealthy organizations would find ways to make it work. “The beauty of charter schools is that it says, ‘Hey, if you’re a teacher, or you’re a parent, or a community member, you’ve got a dream for your dream school, give it a shot,’” he said. “But this really would make it so hard for any of those kinds of organizations to get these grants.”