Despite Chick-fil-A’s confusing announcement and severed ties with the Salvation Army and the Fellowship of Christian Athletes, most of its charitable giving still goes to Christian ministries

The Chick-fil-A Foundation’s announcement of its shift in giving priorities ruffled many feathers in the evangelical world, but a review of tax documents suggests the chicken restaurant still gives the vast majority of its charitable dollars to Christian ministries.

Some evangelicals read the foundation’s cuts to the Salvation Army (which last year received $115,000 for its Angel Tree program) and the Fellowship of Christian Athletes (which last year received $1.65 million for young people to attend camps at historically black colleges and universities like Morehouse College) as a cave-in to the demands of gay rights organizations. The Family Research Council’s Tony Perkins issued a call to boycott. Several Christian leaders of conservative organizations signed a letter to Chick-fil-A (CFA), accusing it of “defaming” the Salvation Army and “bowing to the pressure of left-wing extremist groups.”

Chick-fil-A’s lack of explanation left more confusion than clarity, and it did not return requests for comment on this story. But tax documents show a bigger picture. It appears that the company’s foundation has shifted larger gifts to Atlanta-based organizations that aren't currently targets of groups like GLAAD. The company itself, however, hasn’t appeared to change its Christian-heavy giving.

The company in the last few years doubled its contributions to the Winshape Foundation, which comprises the vast majority of its charitable giving, and nothing indicates that relationship is changing. WinShape, a creation of Chick-fil-A’s founders, the Cathy family members, runs a bevy of Christian programs from foster homes to marriage retreats championing “Christ-centered teaching” to summer camps to college ministry training. WinShape also gives about $600,000 a year in scholarships to the Christian liberal arts school Berry College in Mount Berry, Ga.

WinShape did not return a request to confirm that Chick-fil-A will continue to be its major benefactor, but when I thanked the person who answered the phone for taking my question, she responded, “My pleasure.” 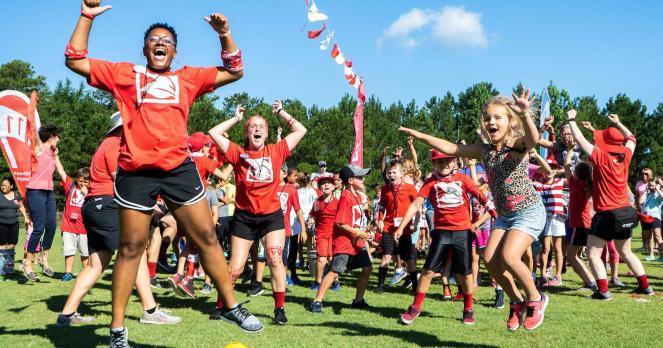 The Chick-fil-A Foundation, meanwhile, announced that it will give $1 million to City of Refuge, a faith-based homeless shelter for women and children in Atlanta with affiliated Christian schools. Junior Achievement, an Atlanta financial literacy program for children, is receiving $737,500 this year. Two other organizations focused on development in Atlanta, Westside Future Fund and the Grove Park Foundation, each are receiving $500,000. The Chick-fil-A Foundation also announced it would expand a partnership with Covenant House, an organization that serves homeless youth and describes its houses as “welcoming, affirming, and safe for LGBTQ youth.” The foundation had given $225,000 to Covenant House in 2018.

The CFA Foundation in the past reserved its larger funding for FCA, YMCA of Metro Atlanta, and, more recently, City of Refuge and Junior Achievement. But the CFA Foundation had supported a wide variety of causes in years past, mostly in small grants: Christian rehab programs, Christian schools in low-income communities, a Jewish film festival, legal aid organizations, financial services for the poor, Christian refugee services, Harvard Debate, a Christian group fighting AIDS, a ministry to children living in mobile homes in Atlanta, anti-human trafficking organizations, Friends of Down Syndrome, LGBT-affirming YWCA, and Chris180, which “celebrates and serves LGBTQ+ youth.” It has funded colleges like Berry College, College of the Ozarks, Morehouse College, and Emory University.

One other small contribution came to light in this brouhaha and has been a burr in evangelicals’ saddles. Several outlets reported that the Chick-fil-A Foundation donated $2,500 to the Southern Poverty Law Center (SPLC) in 2017 as evidence that Chick-fil-A’s mission had shifted. The SPLC lists a number of Christian organizations as hate groups. In 2012 an armed man, citing SPLC’s list, shot a security guard and attempted to enter the Family Research Council and murder staffers there.

The SPLC and CFA did not answer my questions about the $2,500 donation, but Chick-fil-A issued a statement to several news outlets that “a volunteer member of the Chick-fil-A Foundation Advisory Board” made the donation, and that each volunteer gets to recommend one grant recipient.

Corporate foundations often give to contradictory causes, because grants may be employee-directed, as the SPLC one appeared to be. That’s the case for the GE Foundation, for example, which gives to both Planned Parenthood and evangelical organizations like the Southern Baptist Theological Seminary.

Attorney Tom Bakewell, who has experience with corporate foundation giving, said he considers any grant from a large corporate foundation under $30,000 to be “pretty much inconsequential and a rounding error.” The $2,500 to the SPLC represents close to the amount Chick-fil-A had donated to dozens of high schools for sponsored events.

“I remain persuaded at this point that Chick-fil-A remains a strong private company with admirable Christian values that shine through in their culture, values, giving, overall business practices, and good works,” said Bakewell. “When they start selling their product on Sunday with store openings then I will reconsider my support and opinion of their values.”

The same year CFA gave $2,500 to the SPLC, it gave a $50,000 grant to Straight Ahead Ministries, a New England prison ministry to juvenile offenders. Straight Ahead President Scott Larson said the ministry hadn’t applied for the grant, but a local Chick-fil-A manager had employed youth from the program and recommended the ministry to the foundation.

Straight Ahead hosts Bible studies in juvenile detention facilities, but Larson said what CFA funded was more “social services work,” not evangelism. According to Larson, CFA intended its one-time grant to help launch Straight Ahead’s job training program for 16- to 24-year-olds fresh out of detention. The ministry also funds the youths’ first three months of employment to help shoulder risk for employers.

“[Chick-fil-A staffers] have been great in terms of partnering however they can,” Larson said. He said Straight Ahead recently went to Atlanta for a statewide gathering of juvenile prison ministries, and CFA funded the meals.

The last remaining ministry of the major grant recipients from the Chick-fil-A Foundation, City of Refuge, is a homeless ministry in Atlanta started by a Pentecostal pastor. City of Refuge says it is “faith-based” on its site, but doesn’t have much other reference to Christianity in its mission or in videos interviewing organization leaders. Earlier this year, according to the Internet Archive, it had Matthew 5:14,16 on its homepage—“You are the light of the world. A city that is set on a hill cannot be hidden. … Let your light so shine before men, that they may see your good works”—but that is now gone. 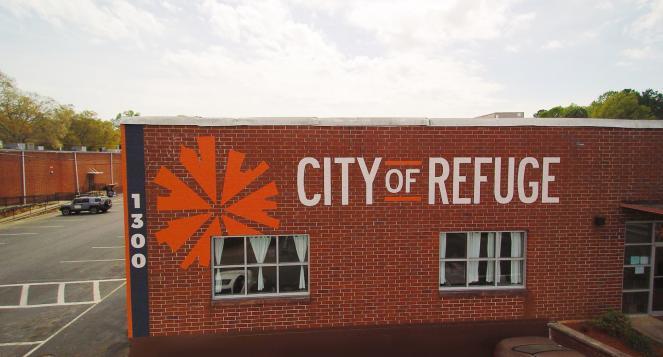 In past interviews, its founders have been open about the ministry’s gospel focus and its origins in a neighborhood church. But City of Refuge did not respond to a request for comment on whether its mission had recently shifted to be more secular.

Bakewell thinks that Chick-fil-A’s strategy perhaps is to be “all things to all people” as it expands to “less Christian-friendly environments” like the Northeast and West Coast.

“I take Chick-fil-A at their word and give them the benefit of the doubt when they say they are merely taking a more focused approach in their giving ... Of course, religious convictions and traditional values remain under scrutiny/attack and will remain so until the Second Coming,” he said in an email. Then he asked, “Is Chick-fil-A’s primary role to defend all faith-based organizations or to be a wildly successful business that shares (perhaps subtly) the good news as good corporate citizens?”

—with reporting from Michael Reneau