The novelist Philip Roth once wrote, “Satire is moral outrage transformed into comic art.” If that’s true, you have to wonder what kind of funny fake news the Babylon Bee is going to mine from a campus debacle last week involving the satirical news website’s CEO, Seth Dillon.

With fewer than 3,000 undergraduates, Dillon’s Christian alma mater, Palm Beach Atlantic University (PBA), is smaller than many high schools. Check the “notable alumni” section on its Wikipedia page, and the only name you may recognize is another comedy professional—Saturday Night Live actress Victoria Jackson. So perhaps the school should have better anticipated the uproar that would unfold when it disinvited one of its highest-profile sons from speaking in the chapel.

Dillon, who graduated in 2004, still has significant ties to the school. He has hired 10 PBA graduates, and the school’s campus pastor, Bernie Cueto, is also the teaching pastor at Dillon’s church. Yet until Cueto mentioned him, the new administration was unaware of its connection to the most popular Christian satire since The Screwtape Letters. When it started searching for notable alumni to give chapel talks, Cueto suggested Dillon. “They reached out and sounded very excited to bring me to campus,” Dillon told me.

That was before a group of students alerted Isom Rigell, a former PBA residential director, to Dillon’s impending visit.

Though not friends, Rigell and Dillon have known each other since their undergraduate days. Their divergent paths seem emblematic of the political rancor dividing many Christian institutions. “I know Seth, and I like Seth. I sat next to him at a Christmas party last year,” Rigell says. “But I think some of the language he uses publicly can be offensive, particularly to students of color, but also to other minorities like LGBT groups. Even just the way he talks about the pandemic, dismissing it, is offensive.” 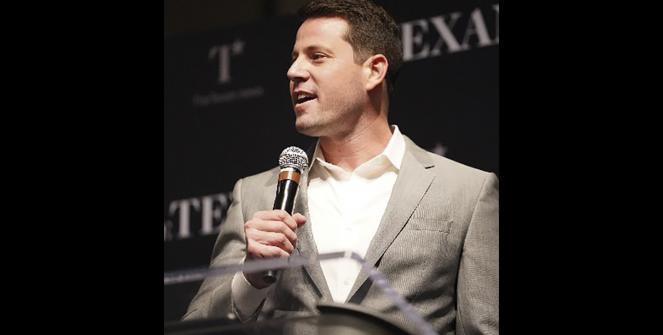 Dillon characterizes Rigell as someone who has grown “increasingly militant toward conservative Christians. He seems to genuinely hate us,” he says.

Rigell doesn’t deny that his views have grown more liberal over the years, but he maintains it wasn’t hate but concern that prompted him to ask PBA to reconsider hosting Dillon in the chapel two days before the event.

Prompted by some former students, Rigell drew the school’s attention to a comment Dillon made on a viral video showing protesters surrounding and attacking a car in Los Angeles. Dillon tweeted, “Black Lives Matter is a terrorist organization.” Rigell asked the school, “Is this really who you chose to come speak in chapel on campus on family weekend?” He later suggested a speech limited to business students or the campus comedy club would be more appropriate.

In an all-too familiar scene, the exchange quickly grew into a social media feeding frenzy. Some PBA students, along with approximately 200 Twitter users with no apparent connection to the school, joined Rigell’s call, asking the university to move Dillon’s speaking engagement out of the chapel or cancel it altogether. Other students, joined by an army of Babylon Bee fans, took Dillon’s part. The exchanges grew uglier as some accused Dillon’s supporters of being pro-segregation, others mocked Rigell’s struggle with depression, and a host of people ridiculed one another with the Twitter taunt du jour: “cry more.”

The number of formal email complaints the school received, however, was small. Dillon said administrators told him it was about 40, but school officials didn’t answer my questions about it.

The next morning, director of alumni relations Steve Eshelman emailed Dillon and asked if he would be willing to skip the speech portion of the program in favor of a stand-alone Q&A. Eshelman said he felt this would be a smoother option but denied it had anything to do with the Twitter dustup. Meanwhile, Dillon continued arguing online with Rigell, left-leaning PBA students, and snarky rubberneckers about whether their demands qualified as cancel culture.

A few hours later, the day before he was scheduled to speak, Eshelman and PBA’s vice president of advancement, Laura Bishop, called Dillon to tell him the school had made the decision to move his event out of the chapel to a smaller venue, the library rotunda. Bishop’s choice of words echoed Rigell and the other protesters—she said the school wanted to preserve the sacredness of the space. Dillon took that to mean the school now viewed him as someone who would taint the chapel by speaking in it.

“What had I done or said to justify moving me away from the chapel? It was very offensive,” he said. Rather than speak in the rotunda, Dillon declined to speak at all. “I told them, ‘If I’m not welcome in your chapel, I don’t feel comfortable on your campus.’”

When I asked Dillon if the tweet that sparked the firestorm referred to Black Lives Matter the organization or general protests under their banner, he said it could apply to either. He defines terrorism as an attempt to intimidate the public through violence or threats of violence in order to advance a political agenda: “Members of both the BLM organization and the broader movement have routinely sought to advance their respective, and often overlapping, agendas by engaging in calls for violence, acts of violence, and intimidation,” he said. “Mine is not a criticism of skin color, or peaceful protesters of any color, but of violent criminal behavior which has become increasingly commonplace with the growth of the BLM movement and the influence of the BLM organization.”

It’s a sentiment that was sure to stoke outrage among some PBA students. Still, the school has hosted chapel speakers whom those on the other end of the political spectrum would find similarly provocative, like Color of Compromise author Jemar Tisby. Tisby also posts pointed political rhetoric to social media, like discouraging black Christians from writing for white Christian outlets. Before participating in a panel on racial justice in the chapel in February, Tisby expressed discomfort at the speed with which Botham Jean’s brother forgave his killer and argued that proponents of social justice should not engage with those making Bible-based arguments against it.

A key difference between Dillon’s event and Tisby’s was that Dillon’s conservative views were not going to be on the agenda. Dillon was going to give a comparatively bland talk on how the university prepared him for his career and how he integrates his faith into his work. (Dillon showed me a copy of the agenda he developed with Eshelman.)

Bishop told me in an email that the school hoped moving Dillon’s talk would allow him to have a deeper discussion with students. “At no time did PBA cancel his speaking engagement,” she said. She admitted the school did not communicate well to Dillon the reasons for the change: “He has since shared how deeply this hurt him. PBA leadership apologized to him for this hurt.”

Dillon said Bishop’s explanation doesn’t align with what she and other administrators told him: “Nobody put this positive spin on it as an opportunity to have a different conversation when they spoke to me about it. What I got was a call saying the chapel is too sacred for you, we have to move you.”

After a tense pre-chapel lunch Dillon kept even though his event had been canceled, administrators took him to the campus bookstore where they offered him a PBA T-shirt. “Sorry we caved to cancel culture and disrespected you publicly,” he laughs. “Here’s a free shirt with our logo on it!” 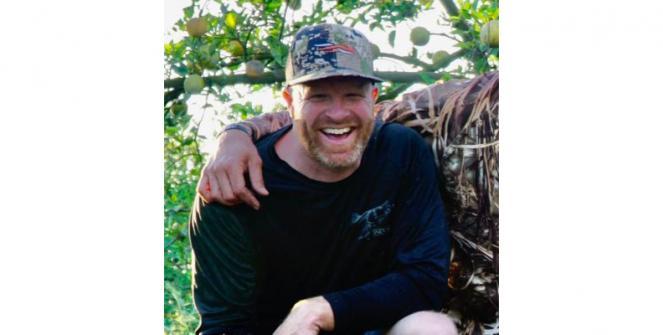 Dillon said his event didn’t need to be completely canceled for it to qualify as a casualty of cancel culture. “The university absolutely caved to a Twitter mob,” he said, “they just tried to do it in a way that would appease everybody. … My reputation and my livelihood weren’t hurt by this, but that’s not the case for a lot of people. So in that sense it is a big deal. We need more backbone and less coddling in our Christian institutions and we need it yesterday.”

Dillon said PBA President Debra Schwinn has offered to reschedule his talk in the chapel. (I reached out to Schwinn to confirm, but she did not respond.) He said he’s still deciding whether to accept. If he does, the likelihood is high that PBA will face a second battle among its student body.

But perhaps another well-known humor maxim offers a silver lining: Comedy is tragedy plus time. Maybe in a few years, some other PBA alum will get some good material out of it.