The United States appears to give, then denies, asylum to religious minorities targeted in Iran

Migrants and refugees waiting for buses in Austria Ronald Zak/AP

A group of Iranians denied asylum by the United States will have two weeks to leave Austria, where they have been residing for more than a year awaiting U.S. processing. The United States invited the asylum-seekers to apply to enter the United States as refugees under a special U.S. law reserved for persecuted religious minorities from Iran.

The cases include about 100 mostly Assyrian or Armenian Christians, a group the Trump administration repeatedly has said it aims to help in new and more restrictive refugee protocols. The group includes other non-Muslims: Zoroastrians, Mandeans, and at least one Jewish family. On Monday, between 76 and 80 applicants received notifications of denial, according to one applicant in Vienna. Her case, along with about a dozen others, remains “under investigation,” she was told, indicating none of the 100 applicants have been cleared for U.S. entry.

The special cases throw into new light stepped-up security protocols under the Trump administration. Further, they suggest the administration may be taking a hard line on Priority 2 humanitarian cases, a preferred class of refugee admissions not affected, many believed, by the new restrictions on refugee admissions and security enhancements announced by President Trump last year.

The group of Iranians currently in Vienna are seeking asylum under a 1990 law known as the Lautenberg Amendment, which grants persecuted religious minorities in Iran, Ukraine, and other former Soviet countries special refugee status. That amendment is subject to renewal each year by Congress as part of the budget process, and is in effect following renewal last May. Yet in spite of congressional approval, according to sources close to the process, for the past year the U.S. State Department has accepted no new Lautenberg cases for processing in Vienna. That development, coupled with apparent U.S. denials to all the 100 remaining applicants, may suggest the Trump administration is quietly shutting down a program currently authorized by Congress.

Under Lautenberg provisions, those who reach Vienna already have passed initial U.S. screening procedures and successfully documented their cases. The Austrian government issues them visas at the request of the State Department, in what amounts to an invitation from the United States to apply for asylum. At that point, most Iranians sell their belongings, cutting ties to their homeland on a reasonable assurance of receiving U.S. admission. Once in Vienna, they undergo additional interviews by Department of Homeland Security officers and a medical exam. In the past, once in Vienna cases took only several weeks to two or three months to process to completion, and the rate of acceptance was nearly 100 percent.

The Iranians appear to have completed these steps a year ago but then their cases became stuck, according to relatives I spoke to living in the United States. WORLD is not naming the relatives and the applicants because they have family still living in Iran, and fear reprisals because they are Christians who have already faced government harassment and job discrimination.

One, an Assyrian Christian from Iran who has lived for 18 years in the United States, told me his nephew in Vienna learned early in 2017 he had passed his medical exam and his final background check, and would be issued a U.S. visa. But the visa never came through, and he did not receive information on his case until he learned Monday his case had been denied. Authorities also informed him he had two weeks to leave Austria.

Another relative living in the United States assisted his family members in applying for asylum under the Lautenberg Amendment. The family has been active in churches, and all have faced job discrimination. Those currently in Vienna are the last family members to leave Iran, and they sold all their belongings and left jobs to make the trip in late 2016.

Their relative paid an estimated $6,000 in fees to begin the process through the Hebrew Immigrant Aid Society (HIAS), a U.S. refugee resettlement agency under contract with the State Department to manage Lautenberg cases in Vienna. He received some of the money back after securing preliminary approval in Vienna, and the couple began taking English language classes. Now for 14 months, the relative said, he has been paying 700 euros a month, or $870, toward the couple’s rent on a studio apartment in Vienna. The couple does not yet know whether they have been approved or denied entry to the United States.

The confusion surrounding the latest Lautenberg Amendment cases has drawn increasing scrutiny from members of Congress amid Iran’s growing unrest, as thousands have been arrested since December over street protests. On Jan. 30 the House co-chairs of the bipartisan Tom Lantos Human Rights Commission sent a letter to Vice President Mike Pence, asking for his help in resolving the cases. 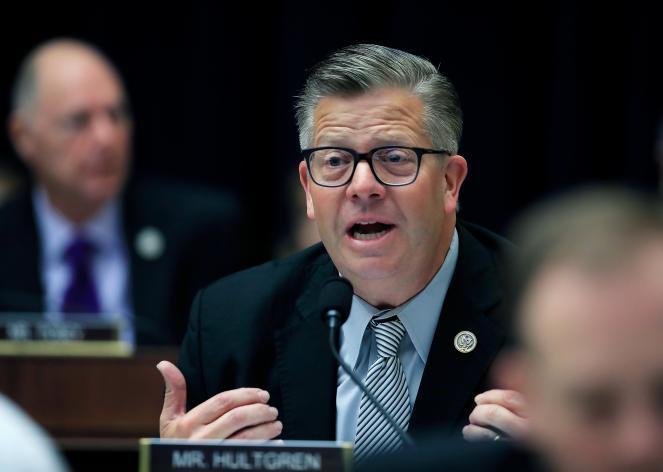 Pence voted to expand the Lautenberg Amendment to include religious minorities in Iran in 2003 while he was a member of Congress. He said last year, “The suffering of Christians in the Middle East has stirred America to act.” Lawmakers and commission co-chairs Randy Hultgren, an Illinois Republican, and Jim McGovern, a Massachusetts Democrat, urged Pence to take action, writing, “The law is clear: these applicants should be presumed eligible for refugee status.”

“The law is clear: these applicants should be presumed eligible for refugee status.” – Randy Hultgren and Jim McGovern

On Friday the State Department informally notified the commission’s offices that “some but not all” of the 100 refugee applicants had been denied by the Department of Homeland Security for failing to meet enhanced security requirements.

In a prepared statement provided to WORLD on Sunday, the State Department said: “These individuals were subject to the same rigorous process for resettlement as all refugees and, following input from all relevant departments and agencies, the applications for resettlement were denied.” The statement said applicants could request a review of the decision and could receive U.S.-funded counseling on options for resettlement in other countries.

The State Department refused to say how many Lautenberg Amendment applicants had been denied asylum, but said more than 800 Iranian religious minorities were approved for admission since January 2017. It has not provided numbers for previous years or said how many have been given preliminary approval this year to leave Iran. The Department of Homeland Security did not respond to requests for comment. Officers with HIAS, the resettlement agency, said they had no comment at this time.

Decisions to deny refugee admission to Iranian Christians and other religious minorities come as persecution in Iran persists. In an unusual move, four top UN officials issued a statement this month expressing concern over prison sentences for Christians. They said Tehran is acting “completely contrary to Iran’s international obligations” in sentencing three pastors to between 10 and 15 years in prison last year. Appeals in those cases—for pastors Victor Bet Tamraz, Amin Afshar Naderi, and Hadi Asgari—were set for Feb. 4 but appear to be postponed.

In the United States, refugee admissions for Christians have decreased overall by 63 percent under Trump—from 42,707 admitted the last year of the Obama administration to 15,684 in Trump’s first year in office. A steep decline in all refugee admissions left the total number admitted in 2017 at just 29,725 people—well below the 47,000 ceiling set by Trump, which was half the ceiling set in 2016 under former President Barack Obama.

The drop seems to be falling hard on those Trump vowed to help. Only days after assuming office, President Donald Trump said concerning Christians in the Middle East, “They’ve been horribly treated. It’s been very, very tough for them and very, very unfair, so we are going to help them.”

Not helping the Lautenberg cases, say some human rights experts, may prove devastating. Facing deportation during a human-rights crackdown in Iran, said Nina Shea, director of the Hudson Institute’s Center for Religious Freedom, “could be a death sentence for these persecuted Christians and other minorities.”

This story has been updated to reflect a corrected number of Christian refugees admitted in the final year of the Obama administration.