“Still, Still, Still,” “In the Bleak Midwinter,” and “Good King Wenceslas” are the only instantly recognizable “seasonal favorites” on this lustrous recording, leaving 16 relatively unfamiliar pieces of old (and sometimes ancient) provenance for listeners seeking a fresh and reverent Advent soundtrack. How fresh? Seven selections appear in world-premiere settings by still-living composers. How reverent? Nothing deviates from the Christocentric course charted by the a cappella “Jesus Christ the Apple Tree” that opens the proceedings. Freshest of all: the choir’s articulation, which makes recourse to the printed lyrics in the accompanying booklet all but unnecessary.

The studio recording of Vince Guaraldi’s A Charlie Brown Christmas that this threesome made 12 years ago is still available (at least digitally), but then so is Guaraldi’s. So why not seek out this new live version instead, especially since by now Byrd (piano), Bhagwan Khalsa (bass), and Alphonso Young Jr. (drums), inhabit this music like a favorite Christmas pullover, and the appreciative responses of the audience enhance the immediacy of their playing? The improvisations stay within Guaraldi’s melodic and rhythmic parameters, but they also open Advent-calendar-sized doors through which one can glimpse a future in which this music will continue to warm hearts and stimulate minds.

If music fans in the 1980s had been asked to name the contemporary hitmaker least likely to throw his hat into the Christmas-music ring, they almost certainly would’ve said, “Billy Idol.” And they would’ve been justified—until 2006, that is, when Idol released the first version of this album. This newly remixed edition tacks a new original rocker (“On Christmas Day”) onto the end and deletes “Blue Christmas,” “Merry Christmas Baby,” and “Christmas Love,” presumably to help the program fit onto 12 inches of vinyl. Whatever the reason, less has always been more where Idol is concerned. And his “God Rest Ye Merry, Gentlemen” and “Silent Night” retain their blokey, Dickensian charm.

The Knights Before Christmas

“We seek to engage with contemporary culture through vibrant performances that honor the classical tradition and our passion for musical discovery,” says this ensemble on its homepage. And, as jargony as that statement sounds, it’s actually pretty accurate. The orchestral treatment given Bartók’s “Romanian Christmas Carols” brings out a festivity merely latent in solo-piano versions. And to hear the melody of “Do You Hear What I Hear?” played on the pipa by the Chinese musician Wu Man while the Knights explore new rhythmic and harmonic possibilities is to encounter an East-meets-West excursion into dissolving boundaries. 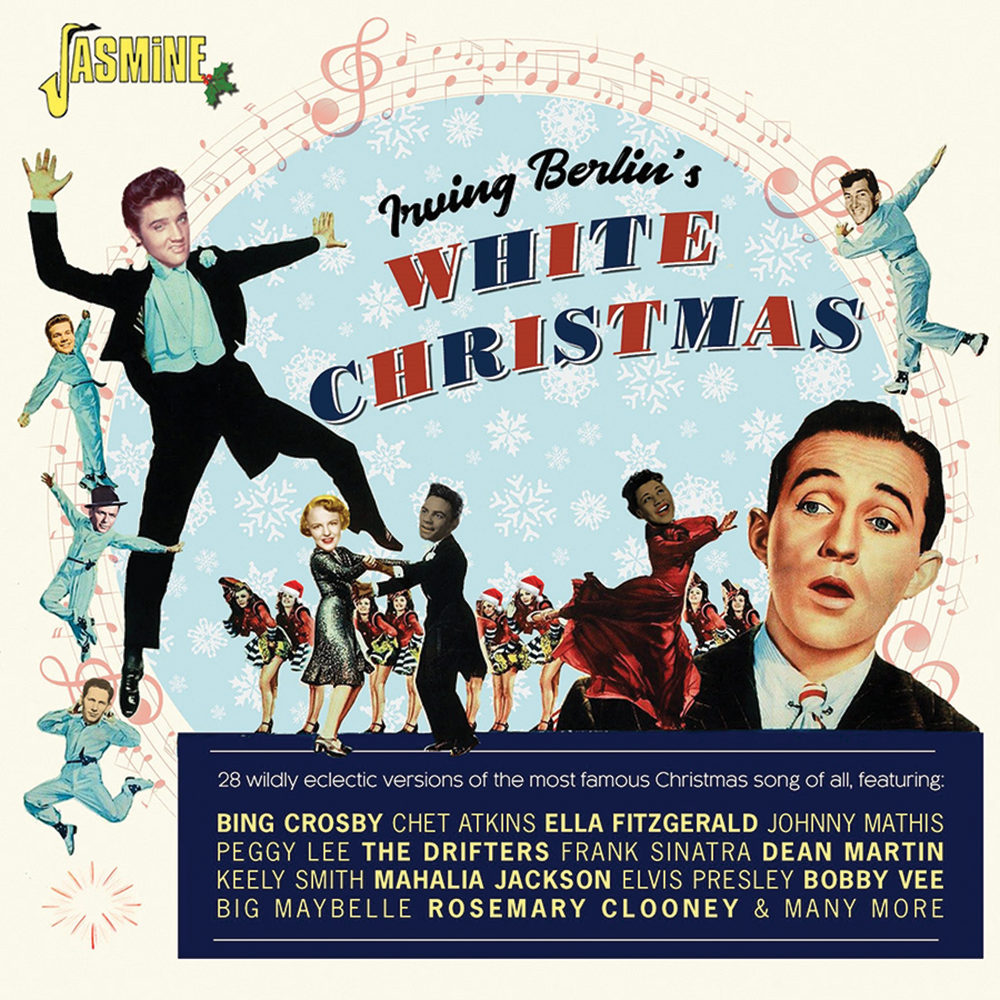 Jasmine Records’ new White Christmas: 28 Wildly Eclectic Versions of the Most Famous Christmas Song of All lives up to its subtitle, with gimmicky ­renditions such as those by the Waikikis, Bill Robbins & the Blue Jays, Simms and Robinson, and Elvis Presley serving as semi-comic relief for sensitive renditions that serve as reminders of how heartbreaking the song can be: The song’s heartwarming melody notwithstanding, its lyrics are haunted by ghosts of happier Christmases past.

So imbedded in the memory is the bittersweet tenor of the words that even Kenneth Spencer’s German-language version and the versions in which no one sings at all (Mantovani, Billy Vaughan) push melancholy buttons. Still, it’s solo vocalists that really have the power to move. Bing Crosby’s, Frank Sinatra’s, Johnny Mathis’, and Rosemary Clooney’s are probably staples of your playlist already. Prepare to add Bobby Vee’s, Ella Fitzgerald’s, and Walter Brennan’s to your mix.—A.O.