What makes the five-disc Springtime in New York: The Bootleg Series Vol. 16 1980-1985  the most arbitrary of Columbia/Legacy’s Bob Dylan Bootleg Series installments to date is that it documents two artistically unrelated periods in the Nobel laureate’s career.

In 1980 and ’81, Dylan was concluding and easing his way out of a three-year period during which he sang about almost nothing but Jesus. From 1983 through ’85, as if seeking new inspiration, he wrote and sang about practically everything else under the sun, amassing a pile of trial-and-error recordings along the way through which fans can now sift in search of overlooked gems.

How many they’ll find on Disc 1 depends on how much they enjoy Self Portrait. Like that odds-and-ends collection, these dozen tour-rehearsal recordings and one Shot of Love outtake find Dylan revisiting songs from his own catalogue and debuting the impressive forbidden-love original “Let’s Keep It Between Us” while trying on traditional numbers and other people’s hits for size.

Some fit better than others. “To Ramona” blooms in a full-band context, “Mary of the Wild Moor” would’ve been at home on Good As I Been to You, and “Jesus Met the Woman at the Well” throws elbows. The songs originally made famous by Neil Diamond, Dion, Dave Mason, Little Willie John, and Michael Johnson, however, don’t fit at all.

The highlight of disc two’s Shot of Love outtakes isn’t an outtake at all but an alternate mix of “Lenny Bruce,” raising the question of why more such mixes, which have long been known to exist, weren’t included. (Maybe Sony’s saving them for a copyright-extending 50th-anniversary Shot of Love bundle in 2031.) 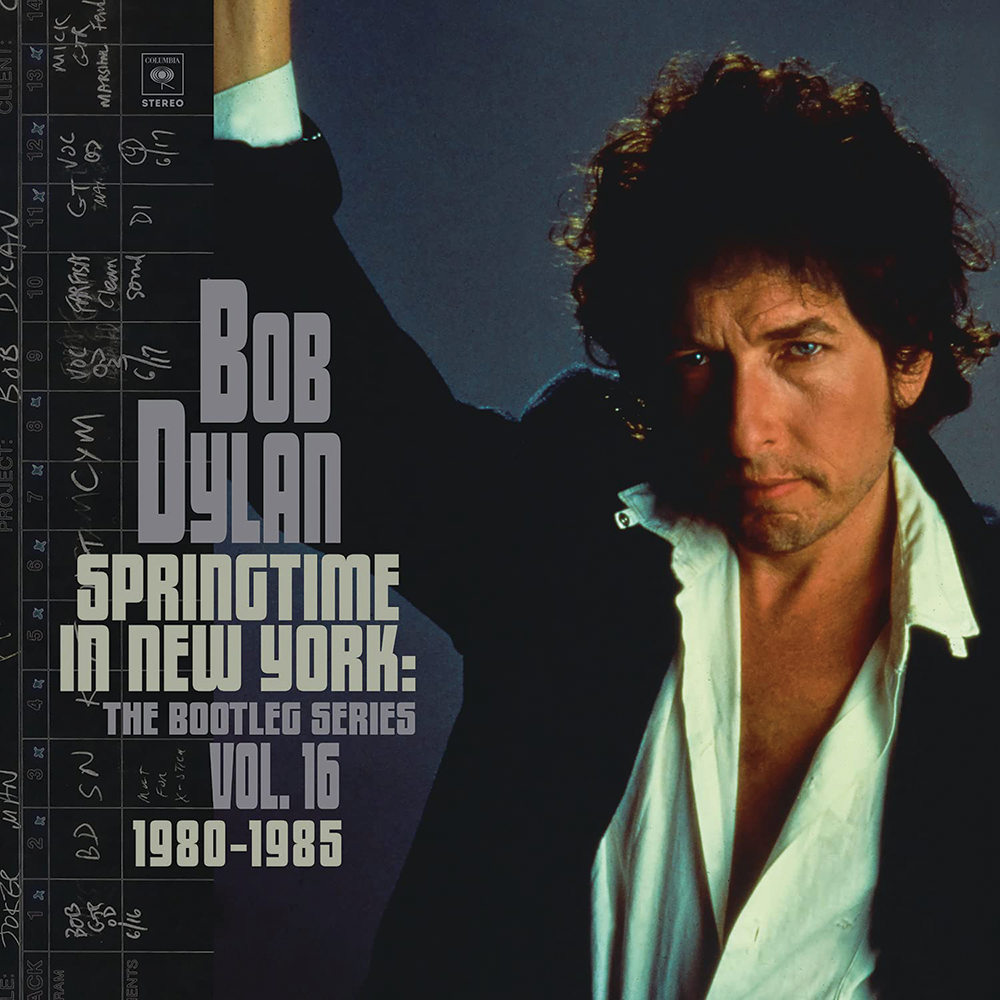 Also not bad: the “Willie and the Hand Jive” re-write “Price of Love,” the “Heart of Mine” B-side “Let It Be Me,” “Don’t Ever Take Yourself Away,” “Borrowed Time,” and “Is It Worth It?” (which probably got axed because of its resemblance to “Dead Man, Dead Man”—and because Dylan cracks up mid-song).

The pickings get slimmer on the last three discs as most of what they contain ended up on 1983’s Infidels and 1985’s Empire Burlesque with less arbitrary (that word again) lyrics, better production, or both. Even the Shadows in the Night-anticipating cover of Frank Sinatra’s’ “This Was My Love” suffers from Dylan’s not yet having learned to sing such material with the necessary sensitivity.

In fact, knowing how to sing even his own material had by 1985 become an issue. Four years shy of the evocative lower register that he’d unveil on Oh Mercy, he often defaulted to the kind of braying that ruins both disc-five takes of “When the Night Comes Falling from the Sky.”

But sometimes he made the braying work. (See “Straight A’s in Love.”) And sometimes he didn’t bray at all. On both the alternate “Blind Willie McTell” and the full-length “Death Is Not the End,” his voice and harmonica generate a calm in the face of doom that truly passes understanding.

—WORLD has updated this review since its original posting.