An unsuccessful bank robber bursts into a showing at an apartment and takes captive a group of strangers. A father-son police team investigates the hostage situation, flummoxed by the robber’s seeming disappearance into thin air. As the story unfolds with twists and hilarious surprises, it’s clear it isn’t a crime procedural but a look at humans, their anxieties, and their relationships. Swedish author Backman, who also wrote A Man Called Ove, excels at humanizing grumpy old men as they live and interact in a changing world. Although Anxious People reflects a secular perspective (and includes a storyline about a lesbian couple), overall it captures the common grace of the love between parent and child, between married couples, and among strangers as they realize they have more in common than they thought. —Angela Lu Fulton

The Storied Life of A.J. Fikry

“My favorite kind of book is the kind where a character has hardships but overcomes them in the end,” declares a young writer in a story-within-a-story. “I know life isn’t like that. Maybe that’s why it’s my favorite thing.” This novel, while introducing characters whose religion is best described as “humanism,” offers a pro-life point of view: The title character reflects on the inherent worthiness of human life through the lens of a small-town bookseller. Meanwhile, a minor character gives birth to a daughter, despite having no family support and knowing motherhood will cost her a much-needed scholarship. The book’s theme of broken people rising above tragedy brings to mind other good reads like The Year of Magical Thinking by Joan Didion (a memoir about new widowhood) and As Bright as Heaven by Susan Meissner (about a family’s losses surrounding the 1918 Spanish flu pandemic). —Katie Gaultney

Secrets of a Charmed Life

When 15-year-old Emmeline Downtree lands an apprenticeship offer with a London clothes designer, she thinks she might finally break free from the stigma and trial of being the illegitimate child of a single woman. But World War II’s outbreak destroys her plans: Emmy finds herself packed off along with younger sister Julia to live in the English countryside far from danger. Under the care of a kind and sympathetic widow, Emmy tries to adjust. But a poor decision leads to the girls’ separation amid a Luftwaffe blitz. Alone in a bombed-out city, Emmy searches in vain for Julia. Instead she finds an unexpected way forward as she grapples with finding closure and learning to forgive herself. —Kristin Chapman

The Wind in the Willows

Mole, fed up with spring cleaning at his hole-in-the-ground home, takes off for the riverbank for the first time. There he builds a friendship with steady Rat, who introduces him to life on the river and other anthropomorphic animals, including Toad and Badger. The story follows these four friends through their journeys on and around a river in England. Toad’s antics and Rat and Mole’s rafting capture youthful imaginations. But the true appeal of this novel, first published in 1908, is Grahame’s vivid descriptions of the untouched English countryside and his sometimes tear-jerking depictions of friends who go out of their way to serve one another. The imaginative setting gives readers a refreshing glimpse of the sorrows and joys of growing up in a world that always seems to be getting bigger. Winnie-the-Pooh author A.A. Milne described Grahame’s book as one that a young man gives “to the girl with whom he is in love, and if she does not like it, asks her to return his letters.” —Leah Hickman

In the spring of 1964, the most powerful earthquake in American history struck Anchorage, Alaska, briefly cutting off the frontierlike town from the outside world. An unlikely hero emerged in Genie Chance, a busy mom of three young children and a part-time radio reporter for a local station in Anchorage—the backwater community where she had moved with her family five years before. Just before sundown on Good Friday, Genie watched the road roll away from her car as a 9.2 magnitude earthquake ripped through town. She spent much of the next 48 hours on-air, informing local residents of the news she reported firsthand from the rescue efforts and becoming a one-woman information hub for a colorful bunch of locals unsure of what would be left of their hometown. The true story offers an intriguing look into the beginnings of the 49th state and the turbulent weekend that defined it for years to come. —Jamie Dean 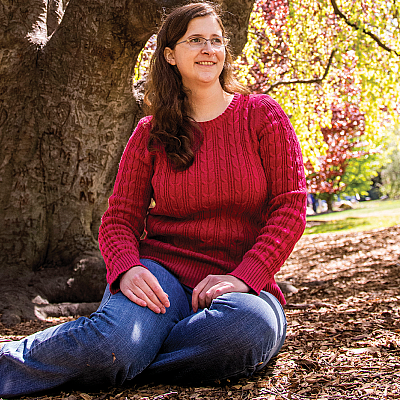 Inside hearts and heads

A conversation on fiction, faith, and character-writing with novelist Sarah Hulse