Battle at the bottom of the sea

Engineers inspect the tracks of a nodule collection machine. The Metals Company/ Facebook

Oceanographer Craig Smith describes the large creatures living in the Clarion-Clipperton Zone (CCZ) as beautiful and otherworldly. The CCZ is an abyssal plain in the Pacific Ocean long thought to be a wasteland of mud and ­detritus. Instead, scientists have found an exotic community making its home 3 miles below sea level. Residents include newly discovered sea anemones as long as a man’s arm and (Smith’s favorite) the 3-foot-long “gummy squirrel” sea cucumber, which sports a sail-like tail and comes in myriad colors.

“The biomass is small, but the biodiversity is high, like on the Galapagos Islands,” said Smith, a University of Hawai’i professor.

But some companies are interested in the CCZ for another reason: the potato-sized manganese rocks that line the ocean floor and play host to innumerable sea creatures. Also known as polymetallic nodules, the rocks contain manganese, cobalt, nickel, ­copper, zinc, and rare earth metals, all vital for making the rechargeable batteries that undergird the global push toward green energy. Currently, China produces more than half of the world’s cobalt from mines in the Democratic Republic of Congo.

With geopolitical pressure to become less dependent on China and a burgeoning demand for electric vehicles, countries and companies are highly motivated to scoop away the gummy squirrel’s habitat. But most nodules are found in international waters like the CCZ, areas scientists consider to be among the most pristine and under-studied habitats. The tension is pitting economic interests against environmental concerns. 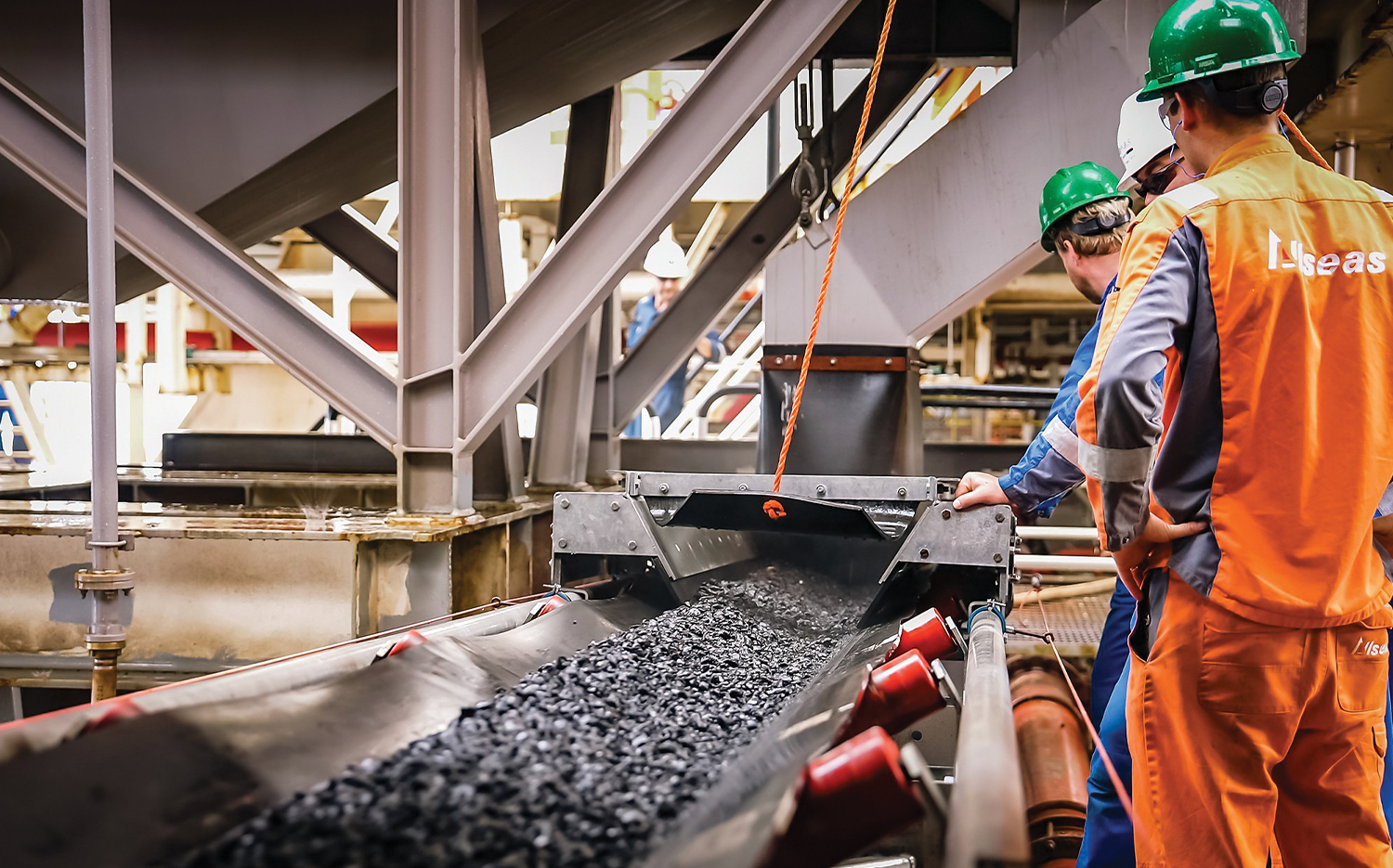 Oliver Nebel, a geochemist at Monash University, said the two go hand in hand. “To have renewable energies, we need the ingredients to make storage for the energy. And they all require mining. If you hug trees, you have to have a shovel in your back pocket.”

Or, in the case of deep sea mining, a ­vacuum. In 2021, the Pacific island nation of Nauru pushed the United Nations’ International Seabed Authority to finalize deep sea mining regulations within two years. It hasn’t, yet.

But it did grant a license to the Nauru-sponsored Metals Co. to test its vacuum-like nodule collector in the CCZ, a 3,000-mile-wide expanse lying south of Hawaii and stretching toward Baja California, Mexico. The Metals Co. said it harvested 4,500 metric tons of nodules by the end of 2022.

Meanwhile, scientists warn that plumes of fine sediment stirred up by the extractors and noise of machinery could have a significant effect on ­creatures used to living in the quiet darkness miles undersea. Oceanographer Smith said that in a quarter-acre CCZ study, his team found more than 200 species of megafauna. More than 100 were new to science and at least half of them made their homes on the manganese rocks.

Until more research is completed, 664 marine scientists and policy experts from 44 countries have called for a moratorium on deep sea mining.

But Gerard Barron, the CEO of the Metals Co., said, “We don’t have the luxury to sit back and monitor for 10 years. Our need for minerals is greater than the need to wait for more knowledge about the seabed.” His company’s stock rose 7.6 percent after its first ­collection of nodules.

Businesses keen to cash in on cobalt’s current high prices could be in for a surprise. “There are really large deposits,” said Ian Lange of the Colorado School of Mines. “If we pull it all out at once, it would shock the market.”

Besides mining companies, politicians are also interested. Though Cook Islands, a collection of islands in the South Pacific northeast of New Zealand, has no traffic lights or McDonald’s on its 93 square miles, it’s not behind the times. Since the 1960s it has considered harvesting the estimated 12 billion metric tons of nodules in its Exclusive Economic Zone, the 760,000 square miles of water that surround the islands.

Alex Herman is Cook Islands’ Seabed Minerals Authority Commis­sioner. Her country has administered licenses to three companies willing to do the research. “As more data and information is collected, we’ll be in a better position to assess the effects and benefits of this industry,” said Herman. She says the government is only interested in harvesting enough nodules to build up a sovereign wealth fund for its inhabitants.

“We’re people of the ocean,” said Herman. “We care deeply about what happens in it. We’re very clear on that—it’s not going to be economic gains at the expense of the environment.”

If the International Seabed Authority fails to write regulations by mid-2023, nodule mining could become a free-for-all without economic or environmental safeguards. In that case, everyone loses, including the gummy squirrel.