As Rene Lako and the Haiti team from U.S.-based Hope Force International drove into the earthquake-damaged city of Les Cayes, Haiti, on Sunday, Lako took in a somber scene.

He saw workers clearing debris from a collapsed hotel and partially damaged churches. Other buildings only bore cracks. Lako described the seemingly random destruction as “hit and miss.”

Residents who lost their homes or feared aftershocks used wooden planks and cars to cordon off areas to sleep on tarps or sheets, he added. “The fear factor struck me the most.”

Lako’s organization is one of many mobilizing to help with recovery efforts following the 7.2 magnitude earthquake that struck Haiti before 8:30 a.m. on Saturday. The earthquake, centered about 78 miles west of Port-au-Prince, Haiti’s capital, killed more than 1,400 people and injured 6,000 others—a toll likely to rise as rescue efforts continue and responders gain access to blocked-off areas.

For many in Haiti, the quake recalled memories of the 2010 earthquake that killed more than 200,000 people. That 7.0 magnitude quake occurred along the same fault zone as Saturday’s disaster but was located closer to the densely populated capital in the country’s central region.

This time, the southwestern region bore the brunt. The destruction has blocked road access into several cities, overwhelmed health services, and left civilians fearful of sleeping in their homes due to the risk of aftershocks.

The impoverished Caribbean nation was already battling a flailing economy, the COVID-19 pandemic, gang violence, and the recent assassination of former President Jovenel Moïse. With the latest disaster, rescue workers are scrambling to find stranded civilians and aid groups are rushing to provide basic services, including in gang-held areas.

Even worse, Tropical Depression Grace was expected to bring up to 15 inches of rain to Haiti after making landfall on Monday afternoon. Forecasters say flash floods and mudslides are likely, further complicating rescue and response efforts.

In Les Cayes’ general hospital, patients lined the stairwell and open veranda awaiting treatment. Dr. Paurus Michelete said the medical center is already running out of pain killers. “We are saturated, and people keep coming in,” he said.

Haiti Arise, a Canada-based ministry, said a church worship leader died in the disaster, while a pastor in Les Cayes lost his home.

“This hits close to home for us,” founder Marc Honorat said in a statement. “We will definitely be rebuilding homes and providing food distributions and medical teams to the area.” 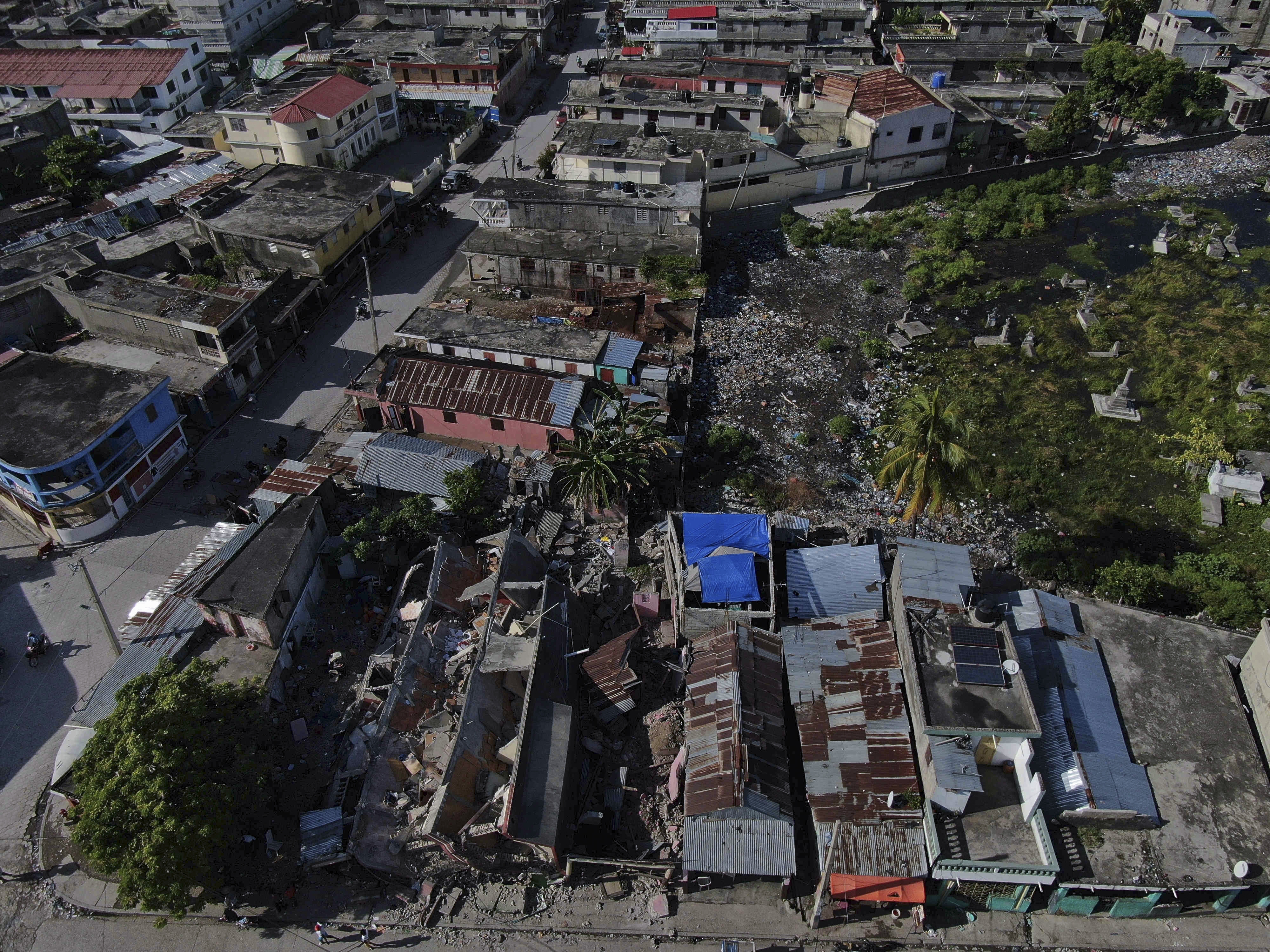 Haiti, a country of about 11 million people, is densely populated with structures not built to withstand earthquakes. Local authorities said the disaster destroyed more than 7,000 homes and damaged nearly 5,000 others. Churches, schools, and hospitals also reported damage.

Aid workers are stepping into a complicated situation. The southern region is one of the country’s “hotspots for gang-related violence,” according to the United Nations. Local authorities have negotiated with gangs who control the Martissant district of Port-au-Prince to grant passage to two humanitarian convoys each day. Gangs had blocked access to the region over the past two months.

Fedorah Pierre-Louis, World Vision’s public engagement director in Haiti, felt the tremors from the earthquake about 77 miles away in Port-au-Prince and ran out of her home. She said the aid group flew emergency response teams into Les Cayes and Jérémie on Sunday.

“They’re doing some sort of tour to make sure they’re assessing what the needs are, and they’re coordinating with partners on the ground,” she said.

Lako’s team arrived in Les Cayes with a truckload of food and hygiene supplies for a partner organization to share. He said the longer-term response would include donations of tarps and other supplies as the needs become clearer. 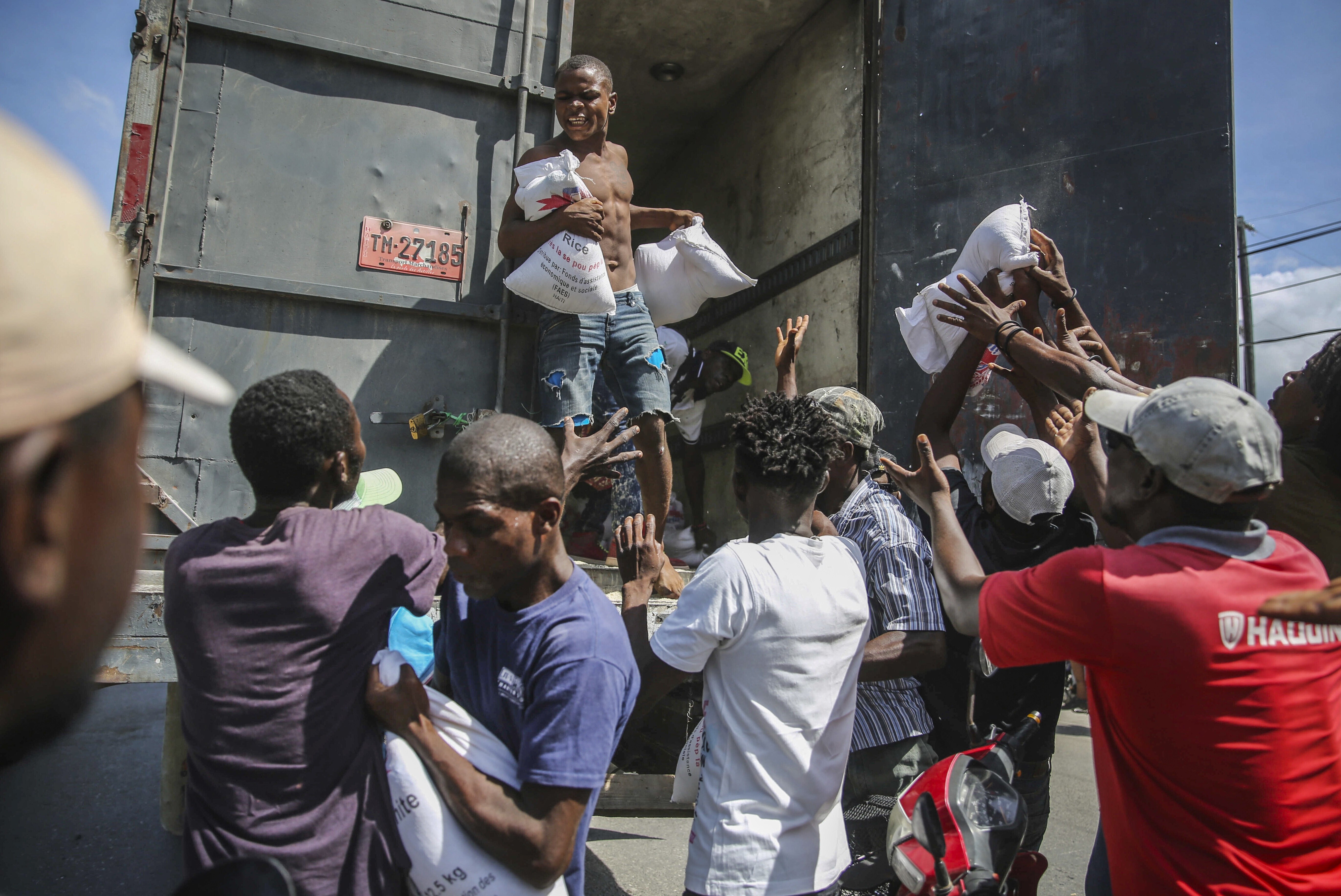 Aid groups now worry about the impact of Tropical Depression Grace and the many people still sleeping on the streets. Rescue teams in Les Cayes and other communities are still digging for survivors trapped underneath destroyed buildings. Pierre-Louis said rainfall had already started in Port-au-Prince by noon Monday.

Prime Minister Ariel Henry declared a monthlong nationwide state of emergency and said the aid would first focus on communities that were destroyed or that had overwhelmed hospitals. Henry called for “structured solidarity” to coordinate the response and avoid the chaos that followed the 2010 earthquake, when many people waited long before receiving aid.

About 100 miles from the earthquake, in the unaffected village of Thomazeau, Dr. David Vanderpool said the hospital is open and ready to receive patients as needed.

Vanderpool, with the U.S.-based LiveBeyond mission group, acknowledged Haiti has faced its share of struggles. “It’s been like this for so long,” he said. “But I want to remind people that it’s the poor people who are most strongly affected, and it’s the poor who suffer the greatest in times like these.”