Barking up the right tree

More than just a dog story, this one changed lives

Rescued by Ruby is a winner parents can feel comfortable gathering the whole family to watch. It’s a Netflix original, and … it’s rated G. Netflix plugging a G-rated movie? That’s a happy surprise—not one seen on many streaming platforms lately.

It’s the true story of a rescued shelter dog that, in turn, does her own rescuing. Although this film has the good-vibes feel common to other pet stories, it’s not sappy or overly sentimental. Its surprising twist near the end may have you checking Google to make sure it’s true. It is. And nope, it’s not like the ending in Old Yeller or My Dog Skip. Thank goodness!

Ruby, who’s part border collie, part Australian shepherd, definitely needed rescuing. Multiple families tried to adopt her, always returning her because of seemingly incorrigible behavior. She’s hard to control, loves to dig holes, and keeps running away. But the shelter trainer loves her. She’s desperately trying to find Ruby a home before she has to be put down.

The film is every bit as much about Rhode Island State Trooper Dan O’Neil as it is about Ruby. We meet O’Neil as he’s polishing his shoes, adjusting his uniform, and donning his tall trooper hat. He’s constantly moving: doing laps around his patrol car instead of sitting in it, fidgeting with a widget, or tapping his foot.

With a restless passion to prove himself, he works extra hard and has already specialized in hostage negotiating, honor guard, boat team, and dive team. None of that satisfies him.

His dream is to be an officer on the K9 rescue team. But he’s failed seven times. With one opportunity left, he must convince his commanding officer to give him another chance. He tells his boss: “You do this because you care about people, sir. The same as me. You want justice. You want endings to stories. Sometimes happy endings. Sometimes just closure.”

O’Neil’s commanding officer says the department can’t afford another $10,000 German shepherd. O’Neil is not deterred. He’s determined to find a dog—forget an expensive German shepherd—so he heads to the shelter. Guess which dog interests him?

When O’Neil brings Ruby home, we see these two have much in common. They’re both just a wee bit … hyperactive! O’Neil’s wife makes the same observation after he can’t bring himself to return Ruby to the pound, despite his unsuccessful attempts to harness the dog’s energy.

The film also gives a nod to home­schooling. After Ruby fails canine class, Mel reminds O’Neil he didn’t do so well in a structured classroom environment either: “Homeschooling would have appreciated your differences, your energy, your passions. Encouraging your strengths instead of always focusing on your weaknesses, with lessons tailored to you.” They decide to homeschool Ruby. 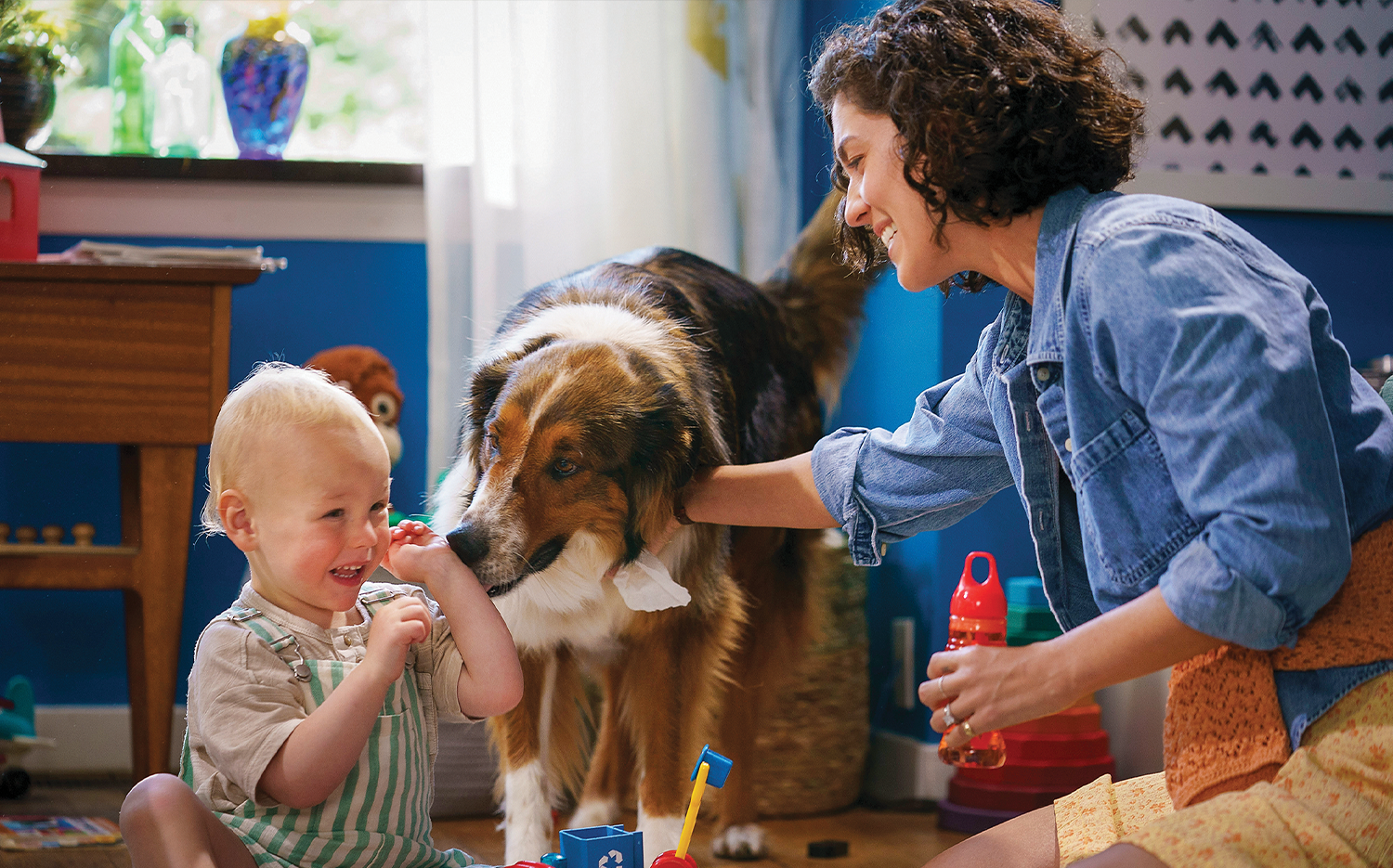 Training kids and training dogs do have similarities—although, unlike Ruby, raw hot dogs may not be your kids’ reward of choice.

Good casting helps make this already authentic story feel real and engaging. Grant Gustin has just the right amount of earnestness to be believable—and likable—as Dan O’Neil. Kaylah Zander is a great match as his wife, Melissa. Scott Wolf, as O’Neil’s commanding officer, is quite convincing.

Ruby is played by a real-life shelter dog almost euthanized for bad behavior. The casting crew rescued her in the nick of time and trained her in just six weeks. She even had an understudy, rescued from the pound with her.

It’s satisfying to watch a movie you hope will be good, that keeps being good—rather than taking an R-rated turn—or conversely, serves cheese with those hot dogs. No cheese here, just a rewarding way to spend your evening.