Back to Earth with a box set

In 2011, Manfred Mann’s Earth Band marked its 40th anniversary with a 20-disc box titled 40th Anniversary that contained every Earth Band LP ever released and then some. It’s almost as if the then-70-year-old keyboard wizard after whom the band was named figured he might not be around for his group’s semicentennial.

But around he is, hence the appearance this summer of Mannthology: 50 Years of Manfred Mann’s Earth Band 1971–2021 (Creature). The U.S. version contains three CDs, the U.K.’s four plus DVDs containing a 2017 live show (viewable for free on YouTube) and a story-of documentary.

Yet if the ruby-anniversary box was too much of an only intermittently good thing (consistency has never been Mann’s middle name due to his revolving-door band-membership policy and chameleonlike stylistic shifts), the diamond-anniversary box is not enough.

The problem isn’t the amount of music (50 tracks in the U.S., 66 in the U.K.) or its quality. Most of the tracks were singles, and several were hits in one country or another. The problem is that almost every song appears in its radio edit, eliminating the flights of prog-rock fancy that often made Mann’s rearrangements of other people’s music fascinating. 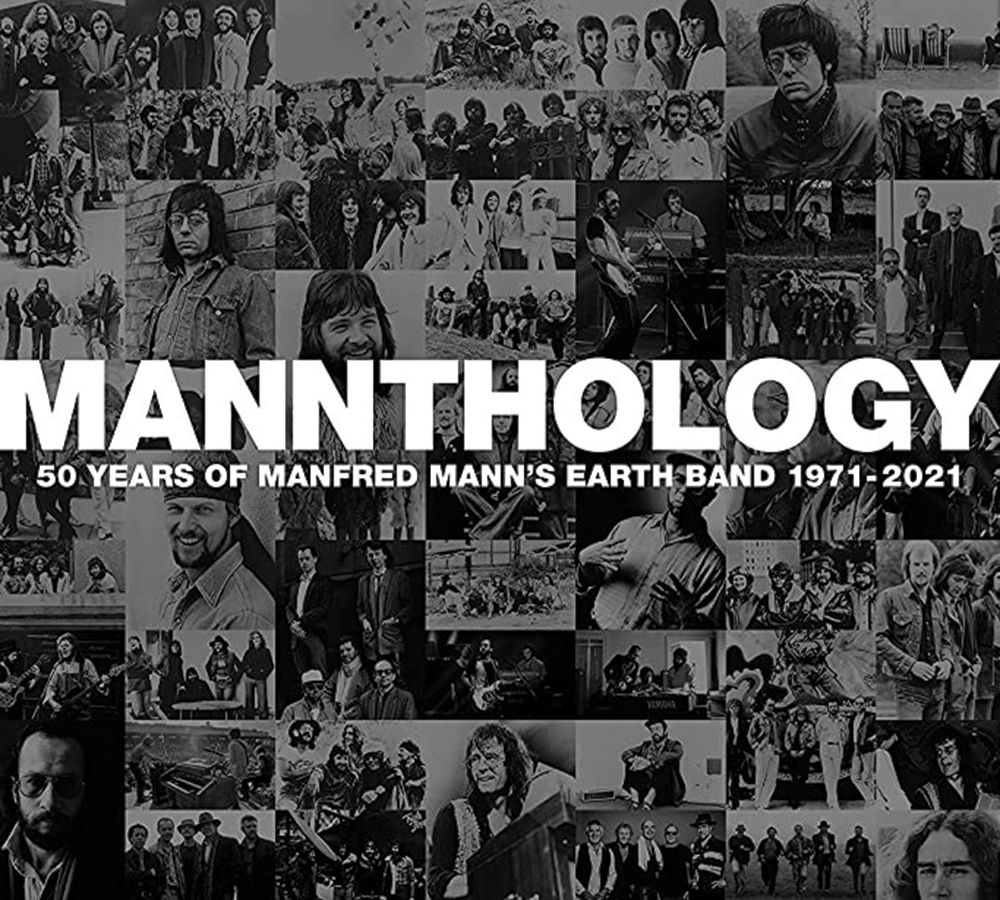 Still, for those who know nothing of the Earth Band but its biggest U.S. hit—a stunning version of Bruce Springsteen’s “Blinded by the Light” in which Mann scrapped everything but the lyrics and rebuilt the song from scratch—Mannthology’s abundance contains pleasant surprises.

Besides “Blinded by the Light,” they’ll encounter the fresh life that Mann gave to Springsteen’s “Spirits in the Night” and “For You.” They’ll also discover that “The Mighty Quinn,” which Mann’s eponymous first ensemble took into the Top 10 in 1968 and which the Earth Band recorded more than once, was only the tip of the iceberg in working wonders with Bob Dylan songs.

Not necessarily with “It’s All Over Now, Baby Blue” or “Father of Day, Father of Night,” the latter of which still feels like a failed experiment. But “Please, Mrs. Henry” and “Get Your Rocks Off” rock hard. And no one, not even Roger McGuinn and his Rickenbacker guitar in 1965, ever did for a Dylan tune what Mann and his synthesizer did for “You Angel You” in 1979.

Why neither that nor 1978’s Mann-made versions of Robbie Robertson’s “Davy’s on the Road Again” and Sue Vickers’ lovely “California” embedded themselves in the American charts is a rock ’n’ roll cold case worth reopening.

Mann eventually moved on from Springsteen and Dylan but with mixed results. His takes on songs made famous by the Jam (“Going Underground”), Bob Marley (“Redemption Song”), the Lovin’ Spoonful (“Summer in the City”), and Cyndi Lauper (“All Through the Night”) amounted to little more than curiosities.

Nevertheless, Mann’s curiosity about such a broad pop range is the very definition of thinking outside the box—and the reason perhaps that so far no box has done that curiosity justice.