Automobile accidents caused by a driver experiencing a medical emergency are rare. But within the next few years, your car may be able to sense if you’re experiencing a heart attack or a diabetic event, then respond by safely pulling off the road and contacting emergency personnel.

Automakers are combining current advances in autonomous driving systems with health-monitoring technology to engineer vehicles that are more aware of the driver’s physical state—whether the driver is stressed, drowsy, or experiencing a full-blown health crisis.

A 2009 National Highway Traffic Safety Administration study found that 20 percent of driver-reported medical emergencies were related to diabetic events and another 11 percent were associated with heart attacks.

Ford Motor Co. is working on a system to nonintrusively measure driver brain waves to determine alertness. “The technology to measure brain waves exists today if you’re willing to strap a tethered helmet filled with sensors to your head,” Gary Strumolo, a Ford research manager, told CNBC. “But for technology to work in the marketplace, it has to be reliable and relatively invisible to the consumer.”

Strumolo believes reliable yet nonintrusive sensors could be linked to self-driving technology within the next five to 10 years.

Meanwhile, several automakers already offer “drowsy driver” technology on some vehicles. Super Cruise, available on Cadillac’s CT6 sedan, uses a camera and infrared light to monitor driver awareness, according to CNBC. The system can gradually bring the car to a stop, engage the hazard flashers, and call for help if a driver doesn’t seem alert. 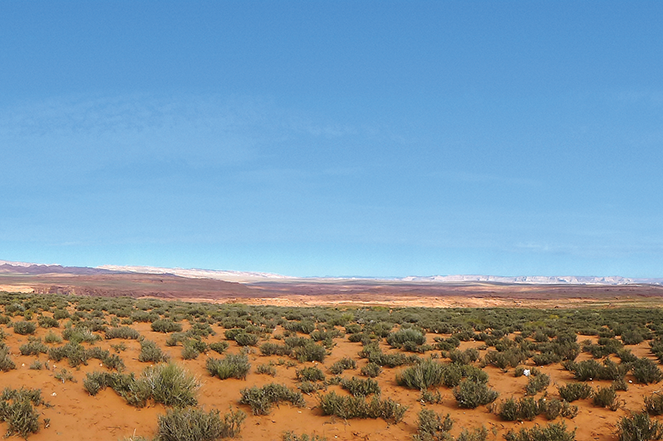 A city from scratch?

More people around the world are moving to cities, placing increasing strains on housing, transportation, telecommunications, and other aging infrastructure. It’s not often that urban planners get to design and build a new city on an empty site. But they could get their chance soon on a barren stretch of land west of Phoenix.

An investment firm owned by philanthropist and former Microsoft CEO Bill Gates has invested $80 million in an Arizona real estate investment group that hopes to develop a 25,000-acre swath of land 45 minutes west of downtown Phoenix. The planned community would have 80,000 residential units, 3,800 acres of office space, and 470 acres devoted to public schools, according to AZCentral.com.

Arizona-based developer Belmont Partners claims in a news release that the city—to be known as “Belmont”—will be comparable in size and population to the city of Tempe, Ariz. The developers envision a community “designed around high-speed digital networks, data centers, new manufacturing technologies and distribution models, autonomous vehicles and autonomous logistics hubs,” AZCentral.com reported.

The developer hasn’t announced a construction timeline, but some Arizonans think Belmont’s planned location makes sense for Bill Gates’ land investment: The site lies along the route of the proposed Interstate 11 freeway, which would connect Mexico and Las Vegas. —M.C.